MARTINSVILLE – New exhibits at Piedmont Arts range from the freedom of the abstract to the confinement of detention.

“Acuarelas en Gran Formato” means “large scale abstract watercolors.” Artist Javier Tapia was born in Peru and moved to the US in the 1980s.

The artist is an associate professor of painting and printmaking at Virginia Commonwealth University (Piedmont Arts’ public relations director Bernadette Moore took one of his classes). His work is all over the country and the world, represented by the Reynolds Gallery in Richmond.

Large scale paintings of geometric designs in largely basic reds, blues and greens dominate the Hooker Garrett Gallery. “Martinsville is extremely lucky to have this place (Piedmont Arts),” Tapia said. “I am incredibly, deeply honored” to have an exhibit there, the artist said during a gallery talk at the recent exhibit opening.

“I know that many of you know how difficult watercolor is,” he said, but he feels that he has “reached the point where I am in my work using opacity and transparency in interchangeable ways and I really like the idea that watercolor can reach places where it hasn’t yet been around. That’s what I look forward to keep discovering.”

He talked about the process of creation.

“There is something about, when you start a painting … you start thinking about very little in a way, and that subject for me drives me to a place where I even contradict myself, and I really go back and forth, back and forth, so in that kind of opposition, something electrical really happens.”

His designs are not pre-planned, he said. He starts off in one direction, “and in half an hour I’m totally on the opposite side.

One day as he was working, he said, “I was thinking, ‘Around.’ … as I move around the work, I’m thinking around, the in and out, of trying to do something in the work that lets the color be, lets the line be, lets the space be, but not without the kind of struggle that has to be going through when you examine a subject in opposite ways.

“Watercolor is incredibly wonderful, but without the opacity … I need the other side of it. I need the whole spectrum of possibilities, and I realize if you have opacity you can really speak about the world.”

In the Pannill Gallery is “Art 180: Imagining a World Where No Youth Are Locked Up,” a full installation from a group in Richmond, a non-profit that creates and provides art-related programs for young people living in challenging circumstances and encourages personal and community change through self-expression.

Through Art 180 there is a program called Forming Statistics, “the first program in the state to work with youth trapped in the youth school-to-prison pipeline. They work with them to sharpen their advocacy and leadership skills,” she said.

Its entries were created by teenagers inside U.S. juvenile justice systems. “It shows the stories, voices and viewpoints of teenagers … who were in Richmond detention center,” she said.

Through self-portraits, digital narratives and visual media, teenagers in detention facilities explore their views of education, family, change and their futures using various mediums of expression, Pinkston said: “What this project is trying to do is to give these youth a voice.”

The exhibit also invites people to participate — as visitors to the facility, or as inmates.

A bank of phones is set up jailhouse-style: Sit down, pick up a phone headset as if you were talking on the phone to someone across the glass from you, and hear messages from kids in detention.

In the back of the gallery is “Step into My Cell,” a recreated detention center cell. Inside its glass walls, you sit or lay on a cot. Once you put on the headset, all you see and all you hear would be just like you were inside a detention center.

Donna Koger of Ridgeway won Best in Show in “Expressions” last spring, and now several of her paintings are on exhibit in the Box Mezzanine.

Pinkston called Koger “a wonderful artist, a watercolorist and acrylic painter.” With more than a decade painting, she has studied with Carol Moates in Greensboro, North Carolina; at The Studio School in Roanoke; and under Tracy Budd, Robin Poteet and Vera Dickerson.

An Art @ Happy Hour event related to the exhibits will be held from 5-7 p.m. Thursday, April 26.

The next exhibit will be the popular open-entry show, Expressions 2018, May 19 through July 20. Entries will be accepted from 10 a.m. to 2 p.m. Saturday, May 5, and an additional acceptance time is available for Lynwood Artists and students: 4-6 p.m. Thursday, May 3.

Storytelling is not a lost art

Storyteller Gale Buck has been living in Martinsville since December of 2021 and now he is searching for local writers and storytellers to create a storytellers guild or writing circle.

1972: Rivermont Apartments almost finished; 100 apartments at total cost of $1 million; and K-Mart seeks to fill a wide variety of jobs before it opens.

Kozelsky: It's all how you look at it

Stroller: Ask a pastor: When should we turn on the heat?

TODAY’S WORD is dour. Example: Susie thought that her friend Juan had a dour demeanor that rivaled that of Mr. Darcy from “Pride and Prejudice.” 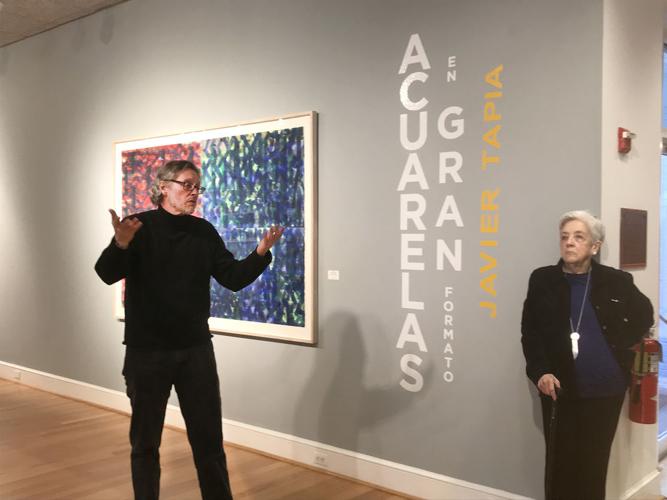 Javier Tapia talks about his watercolors during the opening reception for his exhibit, "Acuarelas en Gran Formato" at Piedmont Arts. The Pervuvian-born artist is an associate professor at Virginia Commonwealth University. 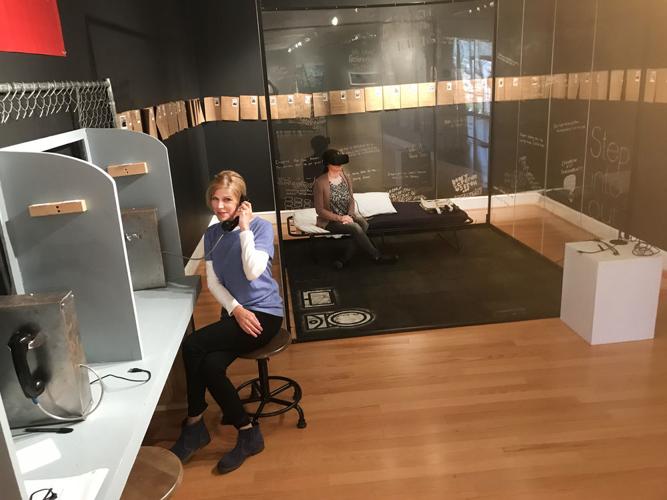 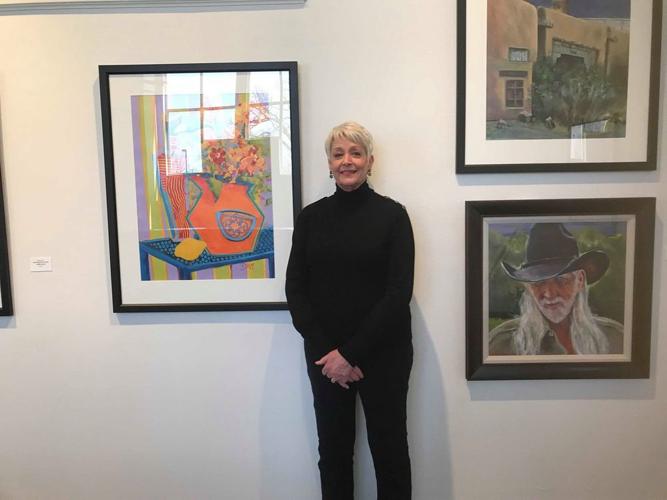