Most of us don't have giant piles of cash sitting around, waiting to be invested. Instead, if we manage our incomes and expenses well, what we might be able to do is come up with a little bit every payday to put toward our longer-term futures.

Of course, with many retirement estimates projecting savings needs somewhere in the $1 million (or more) range, making small, regular investments may not seem like it'll make that big a difference. Over time, though, those small investments certainly can add up, especially when compounding starts kicking in. Indeed, read on to find out what would happen if you had invested $100 a week in the stock market since the launch of the SPDR S&P 500 ETF (NYSEMKT: SPY) that tracks the S&P 500.

You can easily buy a great market proxy

The SPDR S&P 500 ETF was the first exchange-traded funds launched in the United States. Once it began trading in January 1993, ordinary people had a low-cost opportunity to buy or sell a market basket of 500 of America's biggest and best-known companies, throughout the trading day. With low internal management costs and low churn, the SPDR S&P 500 ETF quickly became a great option for small investors looking to own a fairly diversified market-based portfolio.

The following chart shows what would have happened if you had bought $100 worth of that ETF every week since it launched and reinvested your dividends along the way.

$100 a week — about $5,200 a year — would have turned into over $841,000 over the past 28-plus years. When compared to approximately $149,000 invested over that same window, it's very clear that a little bit, consistently invested over the long haul, can add up over time to a life-changing amount of money.

Of course, past performance is no guarantee of future results. Still, even if the market goes nowhere for decades, investing at lousy rates of return beats not investing at all. Indeed, the preceding chart shows us that there were times when the total value of the portfolio bounced right back to around the initial invested amount. Even with that reality, had you spent the money instead of invested it, you would have had nothing at all — and you wouldn't have been able to participate in the market's subsequent growth.

But the market is crazy high — won't I lose money if I invest now?

With the market's recent run-up, you might be nervous to start such a program now, out of fear that you'll lose money if stocks fall. That's a legitimate worry, especially if the Federal Reserve does actually taper its stimulus. That's a key reason it's important to remember that this strategy involves investing $100 every week — not all your money all at once.

By making regular investments, you're making use of a strategy known as dollar-cost averaging. When you buy shares of a stock or a fund, you exchange your dollars for a certain number of shares at whatever the then current market price of those shares happens to be. If the stock's or fund's price falls, your investment may have a lower price tag on it, but you still own the same number of shares.

With your next investment, the new shares you buy add to the shares you already own. If the price happens to be lower when you make that purchase, you get more shares for your money. It's through that mechanism of buying more shares at a lower price that dollar-cost averaging helps ease the pain of a falling market.

At the end of a falling market, you'll have more shares from dollar-cost averaging your way in than had you gone "all in" near the market's high. That gives you that much more "oomph" for any recovery that follows. On the flip side, should the market never drop, then you'll still be better off having invested over time than not investing at all.

For those of us who can't reliably predict what the market will do next, dollar-cost averaging is a tremendous tool that can help us invest in uncertain times and markets. As the preceding chart shows, it can also be an incredibly rewarding one as well.

If there's a downside to investing $100 per week in the market, it's that it will take decades for that money to add up to a truly life-changing amount. So get started now, and begin building the foundation that can get you closer to your goal. They say that a journey of 1,000 miles starts with a single step. The sooner you take that step, the sooner you'll have a chance of reaching the point where the money you've built up can have a meaningful impact on your life and the lives of those you love.

When our award-winning analyst team has a stock tip, it can pay to listen. After all, the newsletter they have run for over a decade, Motley Fool Stock Advisor, has tripled the market.*

They just revealed what they believe are the ten best stocks for investors to buy right now... and SPDR S&P 500 wasn't one of them! That's right — they think these 10 stocks are even better buys.

How to decide whether to get a debit or credit card

How to decide whether to get a debit or credit card

Create a steady income for retirement with these easy steps

Create a steady income for retirement with these easy steps

The trends cover topics such as investment prospects, notable real estate markets, population migration, and the effects of COVID-19 on reside… 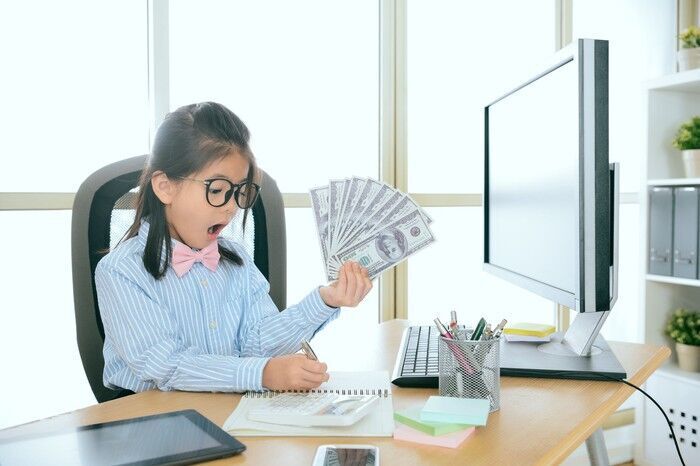