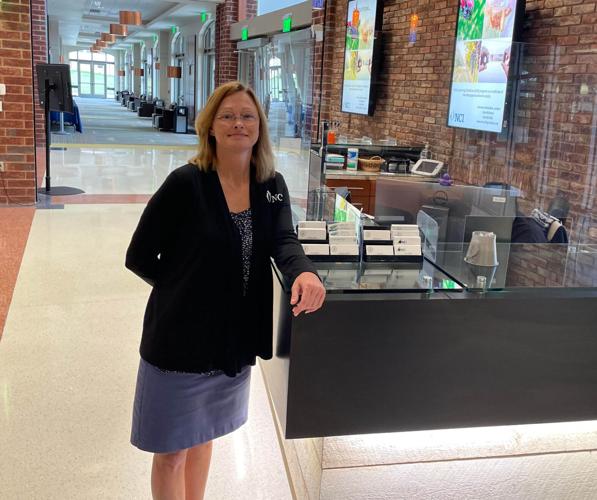 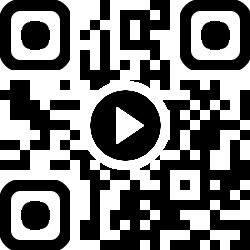 VIEW: To see New College Institute Interim Director Christina Reed give a tour of the wind energy training area of NCI, point your phone’s camera to the QR code.  

Christina Reed, who first encountered New College Institute when it was but the birth of an idea, is now heading the institution as interim executive director.

Reed grew up in Patrick County. The 1996 graduate of Patrick County High School was a first generation college student when she attended Patrick Henry Community College.

“I was actually going to Patrick & Henry Community College dead set on being a teacher,” she said, until she “did not like the classes.”

Ironically, or perhaps fittingly, those classes were an earlier iteration to what NCI would end up offering: remote classes with instructors from another college. They were TeleTechNet classes through Old Dominion University: The instructor, who was at another location, taught over video transmitted to a classroom at PHCC.

“They could not see you, but you could see the professor,” she said. “They forced you to participate because they wanted to know you were there and paying attention by asking a question through the microphone. It was not for me.”

While those remote classes turned her off teaching, her learning about accounting switched her interest in a new direction. She ended up graduating from Averett University in 2000 in business administration with a focus on accounting.

While she was in college she worked at the former Patrick Henry Bank, now Carter Bank & Trust. As a note teller at its operations site, she provided loan department services such as verifying applications and calculating interest.

Next, she spent 2003 through 2010 as the controller for The Harvest Foundation, doing “any aspect of the accounting for the foundation” and working on “the budget side of grants.”

“I was lucky and hired under the first executive director, Harry Cerino. He was amazing,” she said. “His view on everything, especially education, was so unique.”

She visited the sites of groups to which Harvest had given grants. “It was really humbling to be able to see what great work they were doing. … There were fun ones, and there were sad ones. It was really nice. It was really with the heart.”

It was Cerino who asked, “‘Why do we not have a university? Why is there not a place here locally that you can get a four-year degree?’” – and then went about to make that happen, she said.

Almost 20 years ago he started the process to get local support for a university, and then getting approval from the state, she said, and “it morphed into what NCI first started as.”

Dorsey “focused mainly on degrees – bachelor’s and master’s,” she said. “He started bringing in the partner institutions, established various types of degrees based on feedback received in the area.”

When former Sen. William Wampler was NCI’s executive director (2012-2015), she said, “his vision was a new building to bring to uptown Martinsville,” and “he reviewed the code,” making sure NCI offered workforce development programs in addition to the college partnerships. Those programs would qualify people for local jobs in fields such as welding, manufacturing and electrical.

Creating qualified workers to meet the workforce needs also was intended “to bring potential companies here,” she said. “If we can skill up the workforce to meet that company’s needs, maybe they would locate here.”

Then Blevins was the executive director, from 2016 to 2019, and during her time the college board “had a few focuses they wanted in growing,” such as manufacturing and a possible engineering program.

Karen Jackson, who was interim director from 2019 through June, “took the vision not just locally but throughout the commonwealth. … She really thought outside of the box. … If the need was local, great; if not, it was a need of the commonwealth.”

Now that Reed is the interim director, “I am just keeping everything moving forward,” she said. That will include the development of a new “broadband initiative to train people who will be installing broadband equipment,” and potentially, lineman training.

Working for NCI “is more than just a job,” Reed said. “It’s an opportunity to be involved to bring higher education opportunities locally that I did not have” during those years she drove an hour every day to and from Averett.

“The people that I got to work with” have been the true highlights of her time at NCI, she said. “When you work with someone closely they become not just your boss; they become your mentor. I’ve had some great mentors through the years. Dr. Blevins was an amazing person, then Karen Jackson.”

Seeing NCI move from a small building in uptown to its own new building, “a massive effort,” also has been rewarding, she said. It was Wampler’s vision, “and some were like, ‘There’s no way you can make that in a year.’ William Wampler was like, ‘Yes, I can.’”

Great things are poised to happen with NCI, Reed said: “our board of directors is extremely engaged. The makeup and the expertise are phenomenal.”

The retreat “will include the [New College] Foundation and hopefully community partners,” she said.

Reed and her husband, Ricky Reed Jr., and their 9-year-old daughter, Temperance “Tempi” Reed, live in Ridgeway. Her stepson, Colin Martin, has just finished a term of service with the Old Guard in Arlington, where he still lives.

While Reed is an education administrator, she also is a student: She is studying for a master’s degree in business administration at Liberty University, and has only four classes left before she completes it.

Getting to know Christina Reed

How inflation is impacting the way people spend their money

Major credit card mistakes to avoid when times are tough

Major credit card mistakes to avoid when times are tough

US economy shrinks for a second quarter, fuelling recession fears

US economy shrinks for a second quarter, fuelling recession fears

VIEW: To see New College Institute Interim Director Christina Reed give a tour of the wind energy training area of NCI, point your phone’s camera to the QR code.