WATCH NOW: She lost her sons, her husband and her house, but Ann Easter says her life is nothing but blessings
0 comments
Share this 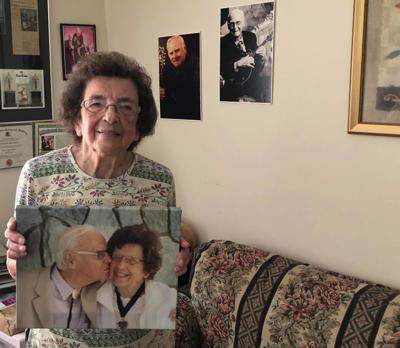 For decades, Ann Easter traveled with her husband’s popular Southern gospel group, The Easter Brothers, to churches and venues across the region.

Now that it’s time for her to stay home – he passed away last year, and she is 87 years old – she can’t, because her house was severely damaged in a flood in the spring.

Her homeowners insurance won’t cover the costs of repairs, which have been estimated at between $50,000 and $70,000. She has been staying with various family members for spells at a time, but meanwhile, supporters are working to get her house repaired, for her to live safely and comfortably.

Friend Lisa Spencer started a campaign to get Easter’s house repaired. Her fundraising efforts have netted about $8,700 so far – and some men from the Woolwine area volunteered to do all the work for free, as long as materials were supplied.

Easter “is the picture of Christianity, the best Christian I have ever known,” Spencer said.

“She lost her two sons, her husband and her house all within a two-year time frame … even through all of this … she says she’s blessed.”

Edd Easter was one of the popular trio Easter Brothers – with James and Russell -- who performed together for more than 60 years. He did the recitations and played mandolin.

The trio recorded at least two dozen albums and had that many successful singles, including “They’re Holding Up The Ladder” and “Thank You Lord For Your Blessings.”

Of the remaining Easter Brothers, James still has the Easter Brothers Music Store in Mount Airy, N.C., and Russell, the oldest, is in a nursing home. “Before this COVID thing, they were going to get him and take him to the singings,” said Edd and Ann Easter’s daughter, Margaret Rakes.

Another rendition of the musical family lives on: James Easter’s son, Jeff Easter, married Sheri Lewis of The Lewis Family in 1985. They sing and record as Jeff & Sheri Easter, including performing many Easter Brother hits.

Ann and Edd Easter met the way they lived their life.

The Easter Brothers were singing at Buffalo Ridge Church of God of Prophecy (as Buffalo Ridge Pentecostal Holiness Church then was called) on a Saturday night in the early 1960s. Edd invited Ann to hear them sing at another church the next morning.

A year or two later, in the mid-1960s, they married, combining two families: His Bobby was about 4, Billy was 5. and Eddie was around 8, said Rakes, who just had turned 13 at the time. The children all melded into one family, where both parents were considered parents, not stepparents, she said.

The family moved into a traditional-style house just outside Fairy Stone State Park in Patrick County in 1975.

The couple spent weekend traveling all over the country for the Easter Brothers. In later years, after he had had some mini-strokes and her mother had retired, she started doing the driving on those trips.

“She has been a good supporter for him,” Rakes said.

Kenneth Terry is the pastor of Buffalo Ridge Pentecostal Holiness Church, where Ann Easter has been a member since 1955.

In September 2018, when the couple went to “a big singing in Mount Airy,” N.C., he choked during a meal. A few days later “he started getting sick, and he never was the same,” Rakes said.

Edd Easter stayed for some time at Stanleytown Health and Rehab, and his wife was with him from early morning until near bedtime.

In January 2019, he was took him back to the house and brought in hospice care.

“I had a wonderful husband, 51 years together,” Easter said. “He wrote and sang songs all of our marriage.”

She recited the one that he wrote to her and sang to her every day:

“I know that someday we’ll have to part

“But I know I’ll always keep you in my heart

“Should I leave you before you do

“You know that you’ll be coming too

Said Rakes: “When he got to where he couldn’t sing it to her, he would move his mouth. No sound would come off. She would sing it to him.”

The couple’s son Bobby Easter already had passed away, and then Bill died on Jan. 4, 2019.

“He asked me to pray for him to go home because he was hurting so bad, and I said, ‘I can’t pray that prayer because I don’t want to lose you.’”

But then she found peace, and she told her husband, “‘It won’t be long before I go, too, so you go ahead.”

Easter wasn’t at home when the house was damaged. Because of the pandemic restrictions, “I had asked her to come stay with me a couple of months, so that I could make sure she got groceries and stuff like that,” Rakes said.

Easter recalled hearing the news: Her granddaughter, who had been staying at the house, “called me in the night and said, ‘Grandma, your house is caving in.”

She went with her daughter and a granddaughter the next day to see it.

“A landslide from up in the mountain came down,” she said. “It pulled trees. The trees were still in the ground, but it brought them downhill.”

The underground mass of dirt “came up under the grass. All the grass was sort of just curled up around the house, way up on the gas tank.”

Rakes recalled her mother’s reaction: “She just collapsed in the yard,” Rakes said. “She said, ‘I don’t have time to mourn – two boys to die, and then Papa.’”

Her church family at Buffalo Ridge stepped right in to help her.

She’s done it all at church, Terry said, including Sunday school teacher, president of the Ladies’ Auxiliary and over the Girls’ Auxiliary. “This lady here has been one of the most wonderful people I’ve ever served as pastor, and she always gives God the glory,” he said.

The men working on the house do not give their names publicly, but among those who know them, they have a reputation for helping people in need with construction and repairs. They came well recommended, said Spencer and Terry.

The men said that they are replacing the bathroom, porch and den and having to shore it up differently than it had been before.

They expect to get the bathroom and closet done within a few weeks, then get the den and overhang finished within a couple of months.

Spencer said she is worried the workers will run out of building materials, then have to move on to other projects before Easter’s house is finished. She’s hoping enough donations, both of materials and money, will come in to keep them busy until the house is finished.

“We need concrete,” Spencer interjected, “and just the Dumpster was $900.”

Plus, the land will need to be graded again, she added.

Buffalo Ridge members already chipped in to clear the avalanche of dirt from the site, which cost thousands of dollars.

New Hope Church of the Brethren will have a barbecue dinner on  Sept. 26 to raise money for materials.

New Hope members have been good to her mother, Rakes said. “I cry when I think about this, because they didn’t have to do this.”

“I’ve been through three deaths recently, two sons and my husband, and I said, ‘This is not as bad as death,’” Easter said. “I didn’t know what I would do, because thanks God, God used people to help me.”

ACM Awards 2020: Check out the list of winners and scenes from the show

Entertainer of the year, the top ACM prize, was presented last and produced a surprise. Here's the full list of winners as well as photos from the night's festivities.

ACM Awards brings live performances back to TV. Here's a look at who's nominated and what to expect

At the Academy of Country Music Awards on Wednesday, there won't be fake fans, canned applause or pre-taped acceptance speeches. Here's a look at what to expect.

'The Best of Cher': Why her '70s variety show is still so bingeable

These nine DVDs collect a nice chunk of the icon's work, from Vegas concerts to TV appearances. Most bingeable are 10 episodes from her 1975–76 variety show. Here's why.

The Harvest   (From “Days of Heaven")

The Harvest   (From “Days of Heaven")

Ann Easter points to a spot on the hill behind her house where a mudslide came down, destroying the foundation and back walls of her house. Now a few Patrick County men are working to rebuild it, for free, as long as materials are provided.

Patrick County men have volunteered to rebuild the damaged part of Ann Easter's house as long as materials are provided. 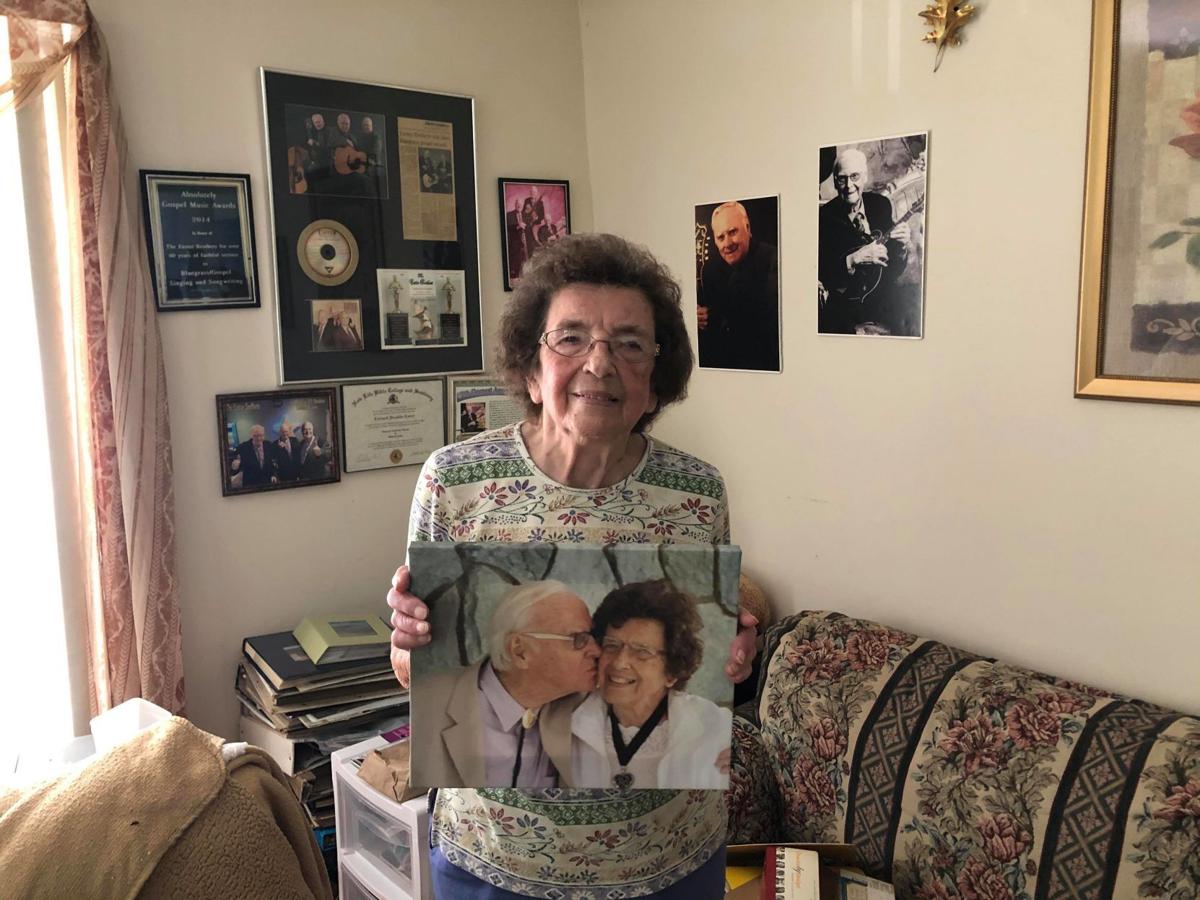 Ann and Edd Easter were married for 51 years before he died, on the couch behind her with her by his side. The house, which the couple bought in 1975, had been severely damaged by a mudslide during heavy spring rains. Now friends and supporters are raising money to buy materials to have it fixed, and local men are doing the work for free. 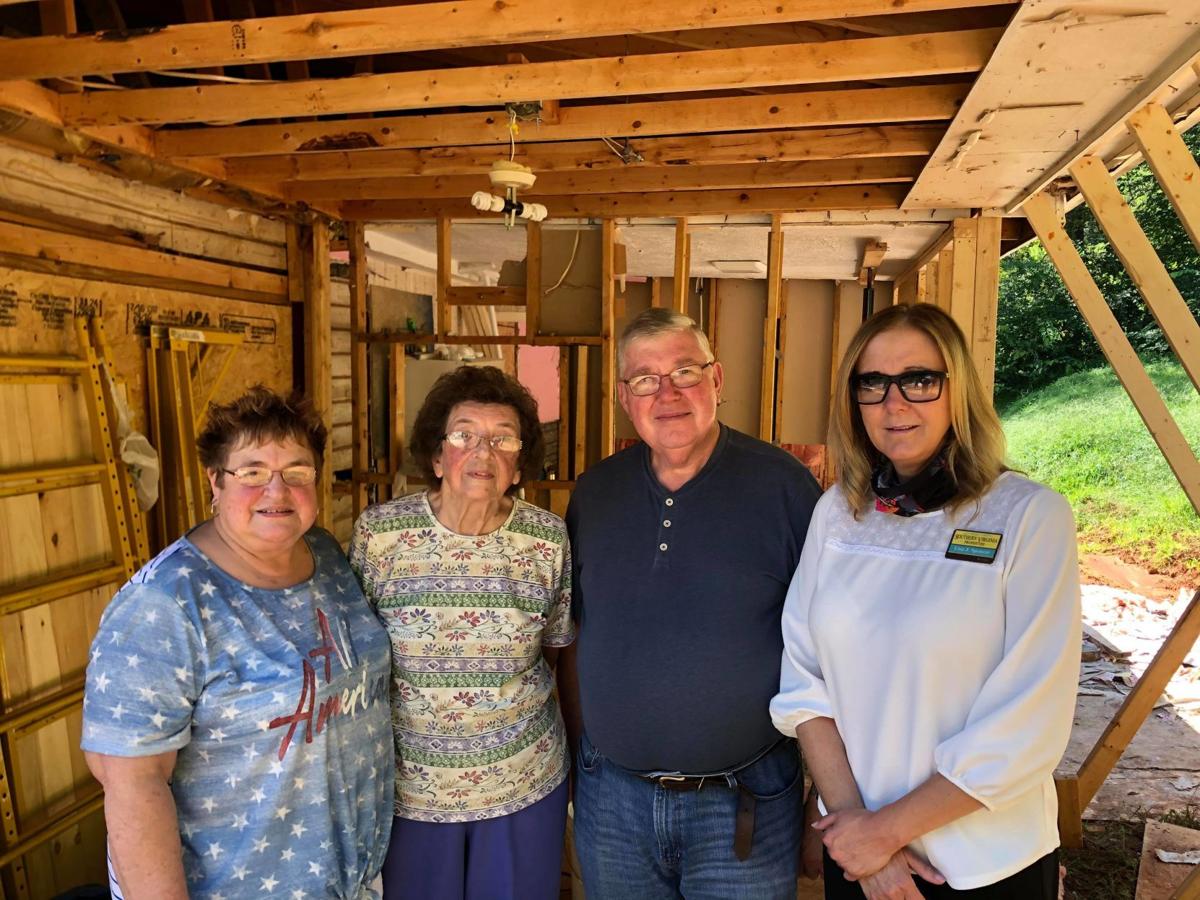 In the section of Ann Easter's house that needs to be rebuilt are (from left) Easter's daughter, Margaret Rakes; Easter; Pastor Kenneth Terry; and friend Lisa Spencer.

An underground mudslide behind Ann Easter's house in May pushed mud up under the asphalt of the driveway.