Please log in to keep reading.
Enjoy unlimited articles at one of our lowest prices ever.
You have permission to edit this article.
Edit

States running out of vaccine, cancel first doses for thousands. Find out the latest pandemic news.

This N.C. woman was the first 'Jeopardy!' champion. Who is Mary Cabell Eubanks?
0 comments
Share this
1 of 2 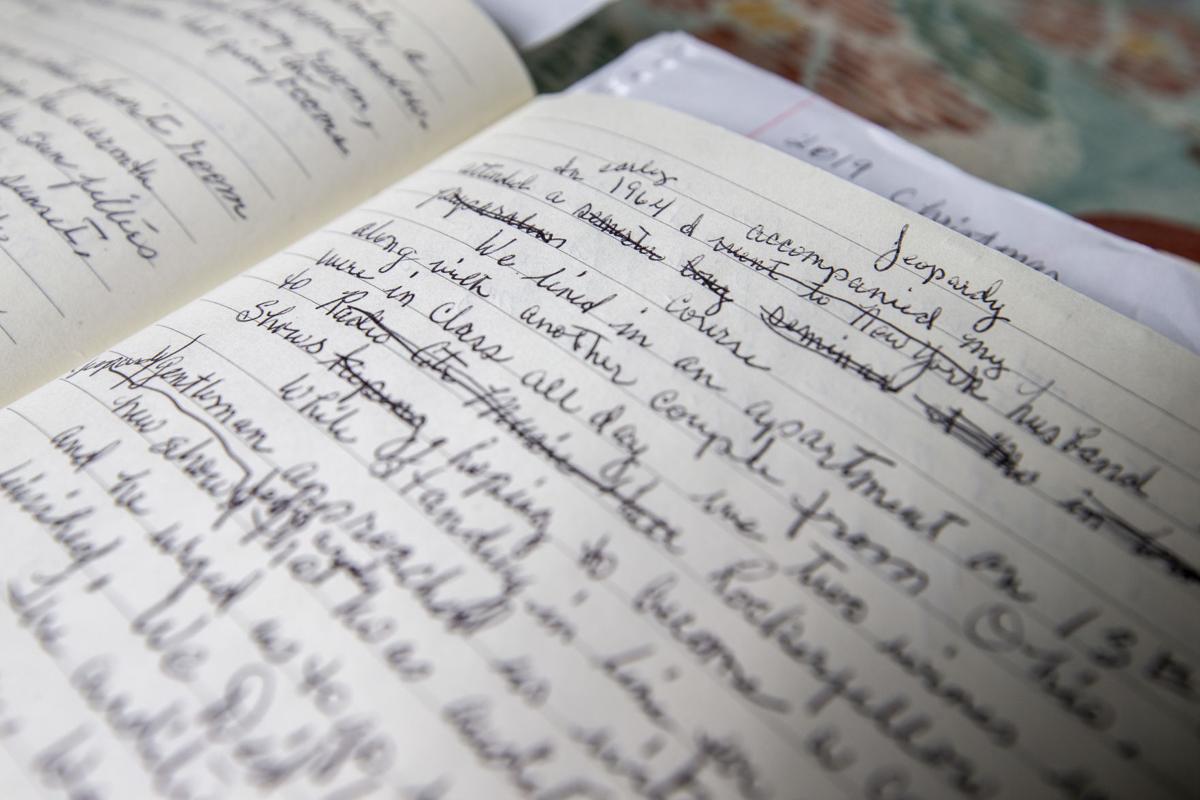 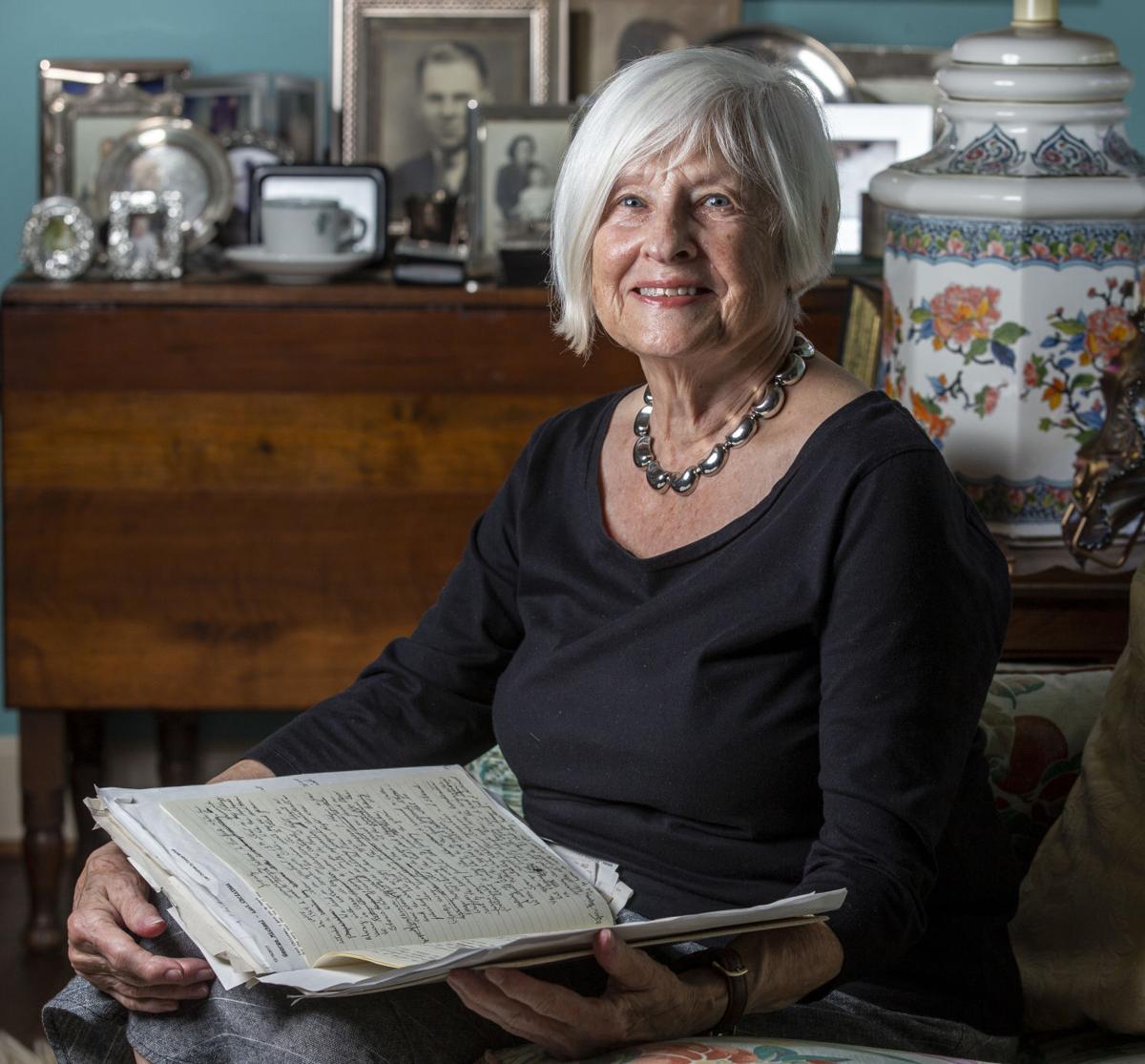 Mary Cabell Eubanks at her home in Greensboro on Nov. 23. Eubanks made TV history by becoming the first "Jeopardy" champion in 1964.

GREENSBORO — The clue: "'Good night, sweet prince' was originally said to him."

More than 56 years ago, Mary Cabell Carlan Eubanks responded correctly on the first episode of the television quiz show "Jeopardy!"

That won her $345 and made her the first "Jeopardy!" champion.

Eubanks calls it "a high point in my life."

"I remember sitting there with the audience out front, and everyone laughing or clapping," she said.

On March 30, 1964, the show premiered on NBC with Art Fleming as host. It had been taped a few weeks earlier.

Who knew back then that television's top-rated quiz show and its most recent longtime host, Alex Trebek, would become American icons?

Now 82, the Candor native, mother of two and Greensboro resident has spent her career in public relations and fundraising for a variety of organizations, including the local chapter of the American Red Cross.

She is not a "Jeopardy" watcher.

"I never thought it would last forever and be as popular as it is," Eubanks said. "That makes it special to people."

"It was very special to me and it’s preserved in memory," she added. "I don’t want to relive it."

But she admired the way that Trebek dealt with pancreatic cancer that claimed his life on Nov. 8, prompting an outpouring of grief from millions of fans.

Trebek's last taped episodes will air next week. Guest-hosted shows will start to air the week of Jan. 11.

"He was determined to be who he was and to do what he was doing as long as he possibly could," Eubanks said.

A little information remains online today of that debut episode with Eubanks.

David Schwartz of Los Angeles, co-author of "The Encyclopedia of TV Game Shows," has an audio tape of that first episode in his private collection of old TV shows.

"Listening to it, you can tell that they are still struggling with the idea of how the show is going to work," Schwartz said.

The pop culture website Distractify ran an article on Eubanks several months ago at www.distractify.com/p/first-jeopardy-winner that features Eubanks in a photo (far right) taken from a screen shot.

A "Jeopardy!" fan website mentions her introduction as "a housewife from Candor, North Carolina" on the debut show on March 30, 1964.

Listen to her introduction here.

There's a short YouTube clip that shows Fleming introducing the categories, however, Schwartz said that the clip appears to be a test episode because the category lineup does not match the episode for which he has audio.

Schwartz said he is not surprised at how successful "Jeopardy!" has become.

"'Jeopardy,' like 'The Price is Right' and 'Let's Make a Deal,' is one of those simple, basic shows that when you see it you can pick it up right away," Schwartz said. "It doesn't take a lot of explanation as to how to play the game. Those are the games that are most successful."

So, how did Eubanks end up on that first "Jeopardy!" episode at age 26?

Eubanks believes her Southern accent attracted the attention of Fleming. He had been a radio announcer in Rocky Mount early in his career, and told Eubanks that he had lived in Raleigh.

"I am sure that’s why he wanted me on the program, because he wanted the Southern accent," Eubanks said.

Growing up in the Candor area of Montgomery County, Mary Cabell (she uses both names) had graduated from UNC, worked in a bank and taught high school English.

She and her then-husband, Bob Eubanks (no relation to the game show host) went to New York for three months so that he could attend training with his new employer, Merrill Lynch.

During that time, Mary Cabell Eubanks and a female friend spent several days attending game shows, with hopes of trying out.

While in line for "The Price is Right," a man invited them to audition for a new show: "Jeopardy!"

So they did — along with a roomful of other prospective contestants. Fleming, game show creator Merv Griffin and broadcast executives watched.

About 10 days later, Eubanks received a phone call, inviting her to compete on "Jeopardy!"

"I would love to," Eubanks told the caller. "What should I wear?"

"Nothing white," the caller replied.

On taping day, Eubanks was surprised to share the makeup room with Griffin.

She, Fleming and two other contestants taped in a studio filled with invited guests who created a familial atmosphere.

The audience loved her Southern accent, Eubanks said. "They clapped when I answered anything. They laughed when I pronounced things a Southern way."

Fleming liked it, too.

"I love the way Southern girls say 'fly,'" Fleming said after Eubanks answered a question about the opera, "Madama Butterfly." His wife is from Georgia, he added.

Eubanks was in second place at the Final Jeopardy clue: "'Good night sweet prince' was originally said to him."

Eubanks responded correctly: "Who is Hamlet?"

They taped another episode. Eubanks led until the Final Jeopardy question about silent movie stars. She didn't know the answer, but a New York cab driver contestant did and she lost.

Everyone in attendance was invited to the famous 21 Club for dinner and drinks.

"I had to go home to fix dinner for my husband," she recalled. "We didn't have cell phones then. ... How could I let him know? I did what I thought I had to do."

She used her winnings to buy theater tickets and see popular Broadway shows.

The premiere of "Jeopardy!" — then a daytime show — aired a few weeks later. Eubanks' mother and grandmother, Mary Bennett Carlan and Gladys Leach Bennett, coincidentally came up to visit — although they ended up watching on a store TV.

"Bennie," as her family calls her, was in San Antonio, Texas, with her military husband and their new baby.

She had no idea that her sister would appear on TV.

Just as she turned on the TV to nurse her baby, she heard her sister's name announced.

"I felt hurt she hadn’t let me know," she said with a laugh. "I could have so easily missed it."

The original daytime version of the show aired on NBC until Jan. 3, 1975. A weekly nighttime syndicated edition aired from September 1974 to September 1975, and a revival, "The All-New Jeopardy!," ran on NBC from October 1978 to March 1979, according to Wikipedia.

The version airing as of 2020, a daily syndicated show produced by Sony Pictures Television and distributed by CBS, premiered on Sept. 10, 1984. Trebek hosted it until his death.

"Jeopardy!" contestant Ken Jennings made history in 2004 for the show's longest winning streak. He will be its first interim guest host starting Jan. 11.

But Eubanks made show history, too.

Canceled TV shows 2021: Which of your favorite series are coming to an end?

A roundup of all of the shows that are coming to an end this year.

The Critics Choice Association revealed its TV nominations on Monday. Film nominees will be revealed Feb. 8. Here's a look at who made the list.

'To All the Boys: Always and Forever,' 'Firefly Lane,' 'The Crew' and more arrive on the platform this month.

When he was 15, Sam Merkle moved from Richmond to New York City to attend the prestigious School of American Ballet.

Dustin Diamond of 'Saved by the Bell' hospitalized with cancer

Dustin Diamond, who played Screech on the popular 1990s high school comedy "Saved by the Bell," is hospitalized with cancer, his manager said.

(TNS) — The TV show American Pickers will be filming in North Carolina in March, and they're looking for people with large antique collections to be on the show.

And don't miss a new episode of 'Prodigal Son' on Fox.

“Walker, Texas Ranger” painted its lawman as a bit of a lone wolf. The new edition includes a brother, two children and his parents — plus more diverse perspectives.

'Bridgerton': Who Is Lady Whistledown?

Julie Andrews voices the writer of the scandal sheet, but which character is behind it?

Mary Cabell Eubanks at her home in Greensboro on Nov. 23. Eubanks made TV history by becoming the first "Jeopardy" champion in 1964.