Sausage around the world: Meat the many flavors
0 comments
Share this 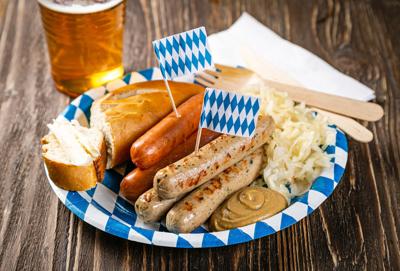 Every country and every culture around the world seem to have a signature sausage all its own based on the influences of its unique native ingredients. Here’s a rundown of some of the most popular types you’ll see in grocery stores and markets, what to expect from each by way of flavor, and a few suggestions on how to best enjoy them:

Usually available in sweet, hot and mild varieties, pork-based Italian sausage features flavors that immediately bring old-world spices to mind — basil, garlic, oregano and most distinctively, fennel seed. Sometimes referred to as “salsiccia,” Italian sausage makes a great addition to pasta sauces and rice dishes, or you can always crumble and brown the bulk meat to top your favorite pizza recipe. Other entries in the Italian sausage category include cured salami, spicy sopressata and bologna-like mortadella, all perfectly sliceable for sandwiches and snacking.

Redolent of garlic and marjoram, traditional Polish sausage — aka kielbasa — must be made with cured pork (sometimes mixed with veal) to be considered the true genuine article. In Poland, diners can expect to find this sausage most commonly served hot dog-style on a bun complemented with onions and horseradish, or plated on its own with a side of tangy sauerkraut.

Just walk past any Bavarian meat counter or butcher shop and you’ll quickly find out that Germany is home to a dizzying family of sausage products, from the familiar bratwurst, frankfurters and garlicky knackwurst to fragrantly seasoned currywurst, veal-based weisswurst (white sausage) and rich blutwurst (blood sausage). Like its Polish counterparts, German sausages often arrive at the table on a bun served with mustard, or as an entrée with sauerkraut and some form of potato.

This heavily spiced pork-based sausage is either prepared fresh or dry-cured, depending on in which hemisphere you find it. In Spain and Portugal, chorizo is dry-cured, often fermented, sometimes smoked and usually seasoned with garlic, herbs, wine and dulce (sweet) or picante (spicy) smoked pimentón, which is similar to paprika. A frequent option on tapas menus, these chorizos are also used to season traditional entrées such as paella, caldo verde and Spanish tortillas, egg dishes similar to frittatas. Latin America favors raw chorizo, sold with or without casings, usually prepared with local chiles and vinegar instead of wine. Depending on the region where it's made, flavorings may include cinnamon, clove, nutmeg, anise, cumin and citrus. Fresh chorizo is often cooked and crumbled to stuff inside corn tortillas and empanadas, sprinkle over melted queso and arepas and to accent countless savory dishes.

This North African recipe melds lamb and/or beef with aromatic seasonings like harissa, cumin, sumac, garlic and chile peppers for a heady scent and characteristic red color. Merguez is usually served broiled or grilled with rice and vegetables as traditional accompaniments. The sausage also has quite a following in France, where it’s typically presented with Dijon mustard, sliced baguette and pommes frites.

Thick, meaty saucisson is the more classic dry-cured sausage in France, heavy on the garlic and herbs. An approachable starter sausage for anyone new to charcuterie, simply sliced saucisson pairs perfectly as is on a platter with a variety of cheeses, bread, grainy mustard and cornichons.

Readily available in Asian markets and grocery stores, these Cantonese pork sausages can be steamed with rice or cooked quickly in a wok, and are often part of Chinese New Year celebration menus. Their distinguishing taste stems from a combination of garlic, chile pepper, ginger and the addition of MSG as a flavor enhancer.

Sometimes referred to as “country-style,” breakfast sausage is what many American diners count on as part of a hearty morning meal in link or patty form alongside pancakes and eggs, or crumbled into gravy and ladled over biscuits. Usually spiced with sage and black pepper, this fresh pork sausage may also incorporate sweet notes of brown sugar or maple syrup.

Most people associate andouille with the Cajun and Creole cuisines of New Orleans, where it serves as a component of gumbo, jambalaya and other regional Louisiana recipes, but this smoked pork sausage actually originated in France. A melting pot of seasonings that includes thyme, bay leaf, paprika and sage gives andouille its singular flavor, with cayenne added for a bit of spicy kick.

Akin to Italian salami, American summer sausage is dried or smoked in order to store safely at room temperature without the need for refrigeration. It’s usually made with pork, beef, venison or a combination of meats and seasoned with curing salt, garlic and mustard seeds. In spite of its seasonal name, summer sausage is often included in holiday gift boxes for recipients to enjoy with Cheddar cheese and crackers.

Thanks to innovative recipes and alternative ingredients, vegans no longer have to dismiss, ignore or mourn their cravings for smoky sausage. Plant-based varieties rely on beans, nuts, mushrooms, oats, chickpeas, soy protein and other meat-free building blocks to mimic the texture of traditional sausage with all the traditional seasonings. Vegan sausage varieties can be used in the same ways and subbed in recipes for their meaty counterparts, often without any discernable difference in flavor.

With our weekly newsletter packed with the latest in everything food.

Feast and Field: Food Begins in the Field

Issue no. 15: Sausage in Indianapolis 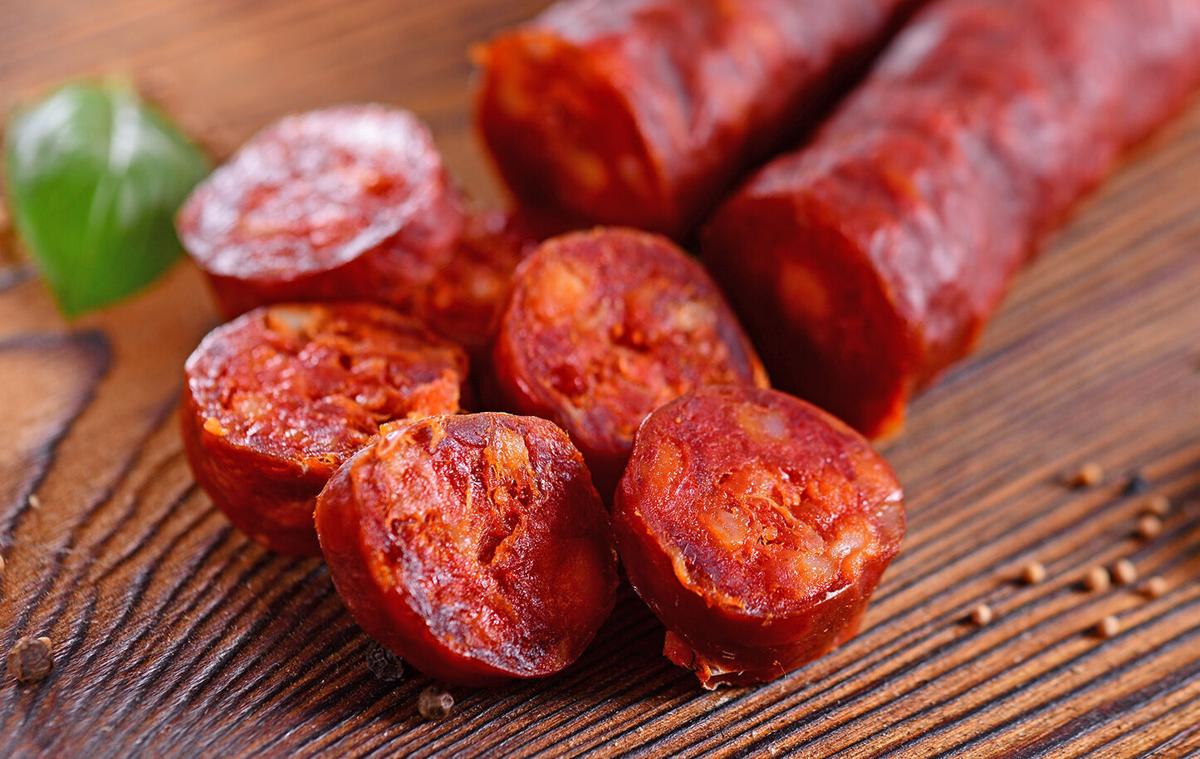 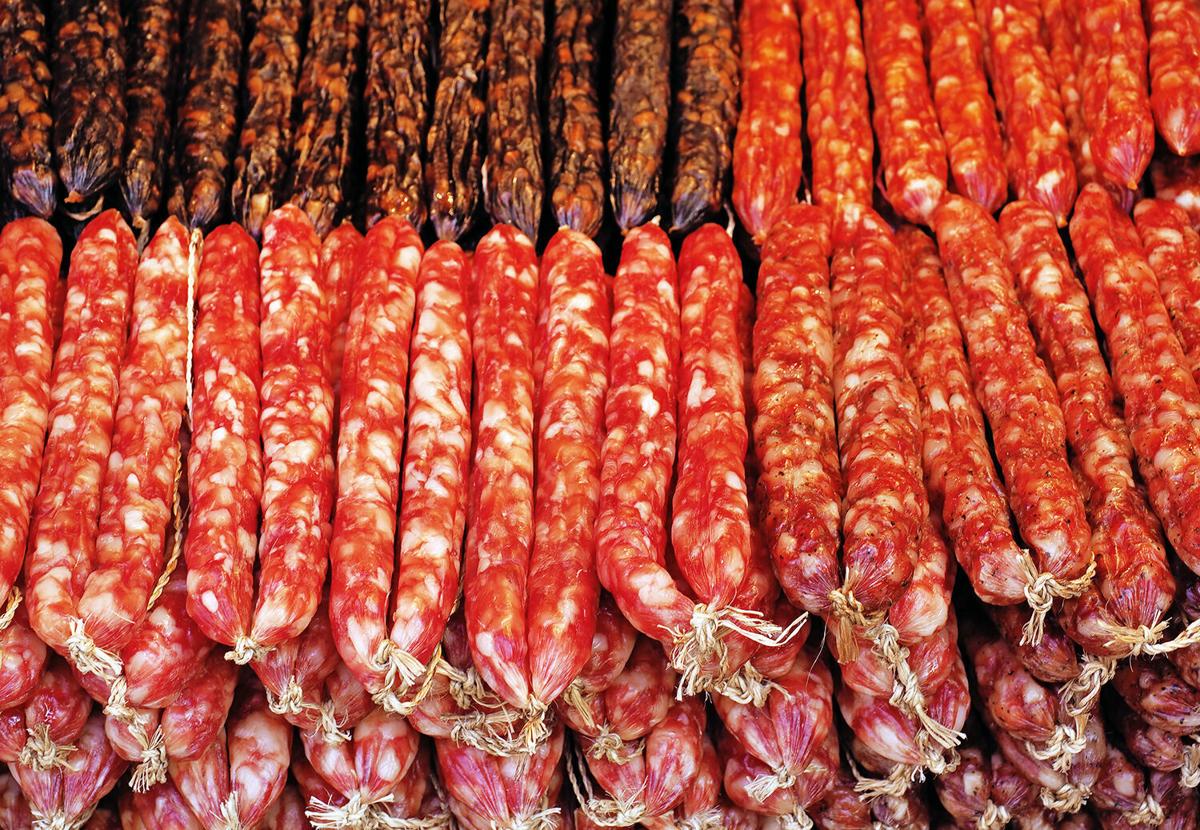