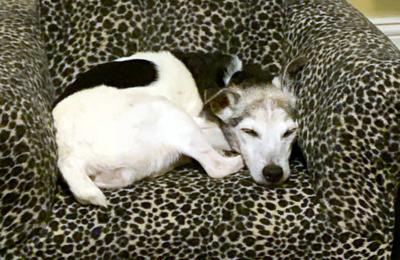 TODAY’S WORD is ruminate. Example: Howard was was forced to ruminate for 30 minutes over what he wanted for dinner after his multiple suggestions were rejected by his friends.

MONDAY’S WORD was fabulist. It means a liar or person who composes or relates fables. Example: As Serena’s son Miles finished telling a story about how he told his classmates their fortunes at school during recess, she realized that her son was developing his skills as a fabulist.

This is the time of year we don’t feel like cooking — and some days sure couldn’t face the thought of a hot meal. Let’s share some favorite hot-days recipes, for the kinds of dinners that are light and cool yet satisfying, to enjoy in the next heat wave that is expected to start today. Send your recipes to stroller@martinsvillebulletin.com or put them in the comments of the related post on the Bulletin’s Facebook page.

We’ll kick it off with one of the area’s most famous summer cooks, the late Sandy Christman. She was known as the Mustang Mom, who hosted several baseball players in her home each summer, and cooked famously delicious meals for them. This is her Macaroni Salad Veronique:

Cook the macaroni according to package directions. Drain, rinse and drain again; let cool. Combine all ingredients for the dressing together and add to pasta; toss. Add the ham, grapes and onion and toss again. Chill before serving.

Monday morning, Sunday Wise sent the Bulletin a list of fun fundraisers she is organizing in the area. If you enjoy the thrill of the hunt, the quarter auction for the Fieldale Volunteer Fire Company is just the right thing: It will be held at 2 p.m. Saturday at the department (500 Field Ave., Fieldale).

On the other hand, if setting up your play station and then filling in a Bingo card is more your style, you’re in luck: A variety Bingo game will be held on July 1 at the Bassett Moose Lodge, at 6 p.m., 62 Spring garden Lane, Bassett; and Wise returns to the Fieldale VFC at 7 p.m. July 15 with a Designer Bag Bingo.

MONDAY’S TRIVIA ANSWER: Early recipes for beer sometimes included ingredients such as mushrooms, poppy seeds, butter, bay leaves, sugar, aromatics, honey and bread crumbs. This was before widespread hop farming and distribution was available and the items were intended to add flavor and help with preservation with the addition of the savory herbal combinations.

TODAY’S TRIVIA QUESTION: Which country is the biggest consumer of beer per person?

Stroller: Sniffing out a tasty and unusual dinner recipe

TODAY’S WORD is bilk. Example: The detective was delving deep into financial documents to find out how his suspect had bilked the seven victim…

Kozelsky: The final journey should not be taken alone

My aunt texted to say that my stepfather was very active the other day.

Stroller: Thinking of pizza for supper, Eaton mess for dessert

TODAY’S WORD is ruminate. Example: Howard was was forced to ruminate for 30 minutes over what he wanted for dinner after his multiple suggesti…

Legos teach kids building, sure — but they also should teach imagination, acceptance and communication.

Watch Now: 10 tips for traveling with a large group

Watch Now: How much to spend on a wedding present?

Watch Now: How much to spend on a wedding present?