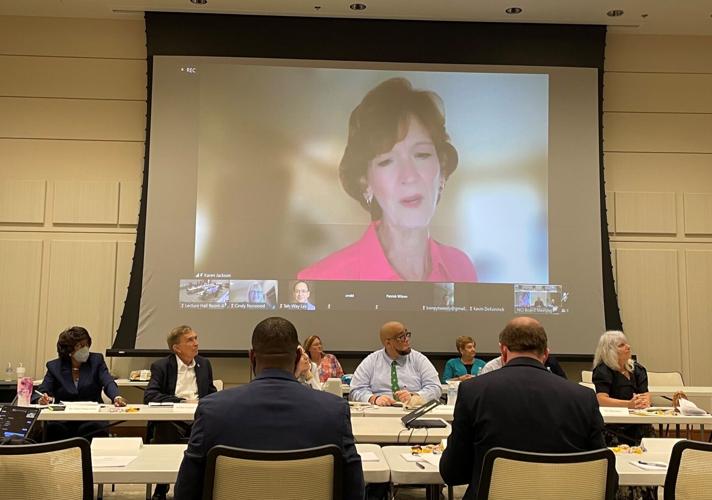 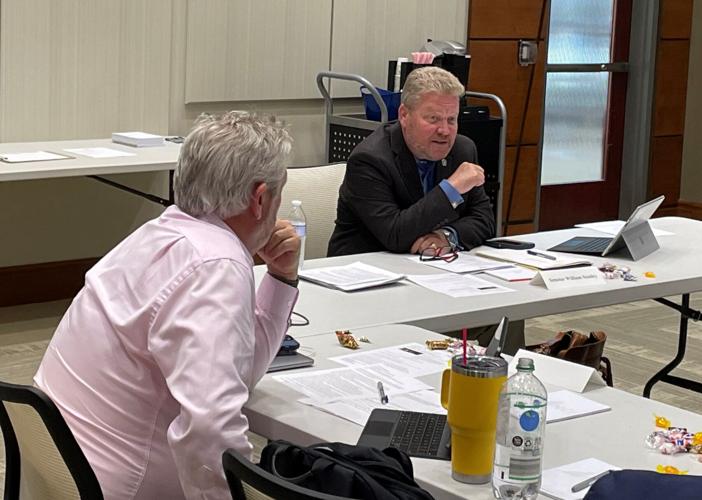 Richard Hall (left) and William Stanley discussed the contribution of New College Foundation at the NCI board meeting. 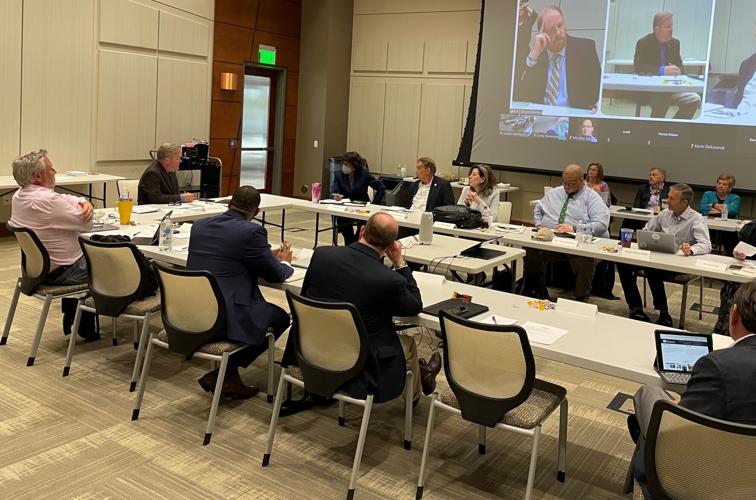 The NCI board met for the June board meeting in the Baldwin Building.

This is Karen Jackson’s last week on the job.

While the New College Institute board resumes in earnest a search for a new executive director — this time, one who will live in Martinsville and be part of the community — starting Friday NCI Assistant Director of Finance & Operations Christina Reed will hold the interim director role Jackson has held since June 2019.

“Karen Jackson has been an amazing interim executive director,” said NCI Board Chair Sen. Bill Stanley (R-Franklin County) said. “I cannot tell you how valuable she has been … what resources she provides … what kind of credibility she brings to the table.”

NCI had requested $100,000 from the New College Foundation board to pay Jackson to remain as a consultant during the search for a new director, but the foundation declined.

Board Vice Chair Richard Hall talked about that funding request and rejection as he introduced the budget presentation.

“We decided it would be important, given the number of good programs she had going on, that since we weren’t going to have a person to manage those programs, that we’d reach out to the foundation to see if we could get some interim funding to have her fill a consultant roll to make sure we didn’t lose any of the momentum that we had going on,” Hall said. “Unfortunately, that request was denied.”

Hall then read a note saying why the request was denied: “I’m sure you are aware of state of the financial market, our investment portfolio returns are not at a level to support the earlier proposed spending and the board realigned that percentage of this meeting to match the current projected returns within our standing policy. We are hopeful to see the market rebound soon so we can reassess our spending policy.”

He then said that the foundation had awarded NCI $179,000 in other grants, including a $60,000 COE match grant from NCI’s capital campaign that he said “was our money to start with” and another one for $50,000 scholarship that he said was not requested.

“Nobody here requested that one,” Hall said. “So, that’ll be something that we’ll talk to the foundation about, about sending us money that we don’t request.”

“It would have been … nice to have Karen on as a liaison given the notice was so short when she left, to be able to manage some of these continuing programs,” Hall added. “We’ll talk about that at our upcoming session.”

“We’re not pleased with that,” Stanley added.

Hall then referenced a meeting NC Foundation Board Chair Simone Redd, saying that “amazing doesn’t even begin to describe” it. “Just like us, [Redd] wants to see us do real things and have a plan and wants to work together with us to do that.”

“I think, personally, in this case given our situation, the good things that Karen had going on … for us to ask for a small, again I think we asked for less than $100,00 … is very short-sighted towards the ultimate goal or the direction we’re going in,” Hall said. “And the excuses on the downturn of the financial market … We got 10 million dollars. We’re asking for a hundred and you gave me fifty that I didn’t even ask for.”

On a telephone call a few hours after the meeting, Hall told the Bulletin, “we’re going to move forward with a more permanent solution with a person who is located in Martinsville. To be a vital part of this community, you’ve got to be working in this community every day.

“We’re recruiting for someone who wants to come and work out of the Martinsville facility.”

Stanley suggested a retreat for the NCI board and stakeholders, and the board agreed that the invitation of the NCF board was desired by everyone. The retreat is intended to focus on the “course of direction and future” and leadership expectations. Later in the meeting, Board member Sen. Emmett Hanger Jr. (R-24) made a motion to hold the retreat in conjunction with their fall quarterly meeting, and it was approved unanimously.

Reed agreed to Stanley’s statement that the Claude Moore foundation will be releasing grant to hire someone to coordinate recruiting and the implementation of the healthcare pathway program. Stanley said that the program is intended to get high school students interested in health care careers and then serve in area jobs once their education is complete.

Stanley spoke about a verbal agreement, which he stressed is not yet confirmed, for NCI becoming a healthcare and academic rural center for George Mason University (GMU). He said that representatives from GMU will take a tour soon and that NCI has the equipment, building, space, ability and the status of being in a rural area. “We check all the boxes,” he said.

Stanley discussed the potential addition of lineman training at NCI. “In a long-term relationship with Mecklenburg co-op CEO John Lee … we talked very seriously about bringing the Lineman Academy … to New College Institute,” Stanley said. He added that the program would provide “excellent educational opportunities” and allow students to get well-paying jobs.

Stanley discussed the addition of a broadband training program to NCI’s programs. The program would aim to certify students to both install broadband and maintain the broadband after its installation, giving students the opportunity to get a high paying job that is consistent and long-term.

Reed reported that for FY 2022-2023, NCI received an additional $1 million from the state to fund broadband training. Hanger said that there was a more ambitious goal discussed, but the funds were not granted.

Hanger then made a motion to allow the staff to pursue the addition of the lineman and broadband training programs, and the board unanimously approved.

Jackson gave her executive director report. She said that during her time at NCI, starting July 2019, the institution has received around $3.5 million in external and state funding, with another $1.5 million for a “health care related grant” pending as well, for things like projects, grants and technology upgrades.

Hall spoke about a meeting with NCF in which he said that NCF “wants everything that this board does.” He added that getting the two boards together for a meeting that would “leave the noise of staff out” would allow them to make some “positive steps.”

NCI board member Ellen Dyke spoke about NCF saying, “Maybe they can raise some money for some of this stuff, and not only contribute some of their own money but maybe get everybody involved.” Hall responded by saying, “One thing is for sure, we have seen that their coffers are well stocked … with money from the building … and money previously raised, so they are in a good position to help… when we give them something that’s worthwhile to help on.”

Hall and Reed both discussed the proposed budget with the board. The budget was approved with the stipulation that it would most likely be adjusted in the future.

The board met for closed session, after which Stanley was given the authority to appoint Reed as interim director and negotiate her compensation. Bizjournals.com, which tracks the salaries of commonwealth employees, lists Reed’s salary as $97,125 and Jackson’s as $155,749, plus Jackson is provided an apartment in King’s Grant to use when she comes to Martinsville, according to information previously provided to the Bulletin.

Gorillas have been developing ways to verbally communicate with humans

Gorillas have been developing ways to verbally communicate with humans

Why gas prices are finally letting up and for how long

Why gas prices are finally letting up and for how long

Richard Hall (left) and William Stanley discussed the contribution of New College Foundation at the NCI board meeting.

The NCI board met for the June board meeting in the Baldwin Building. 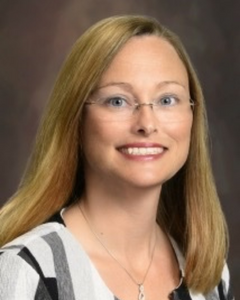