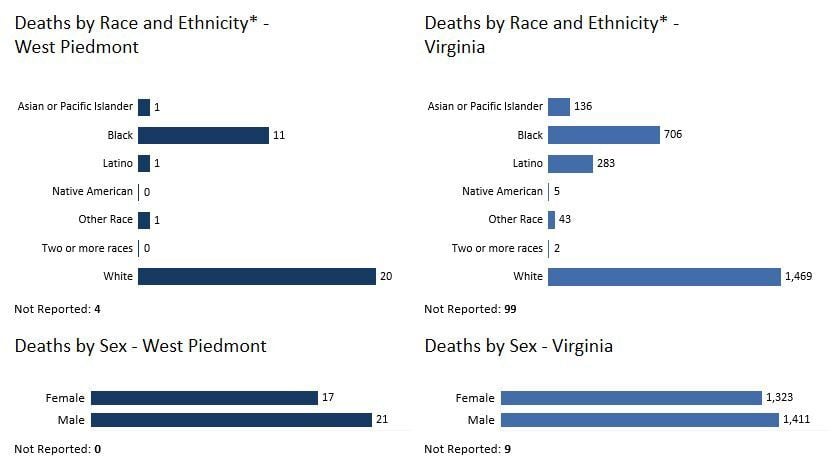 How deaths in the West Piedmont Health District compare to state averages. 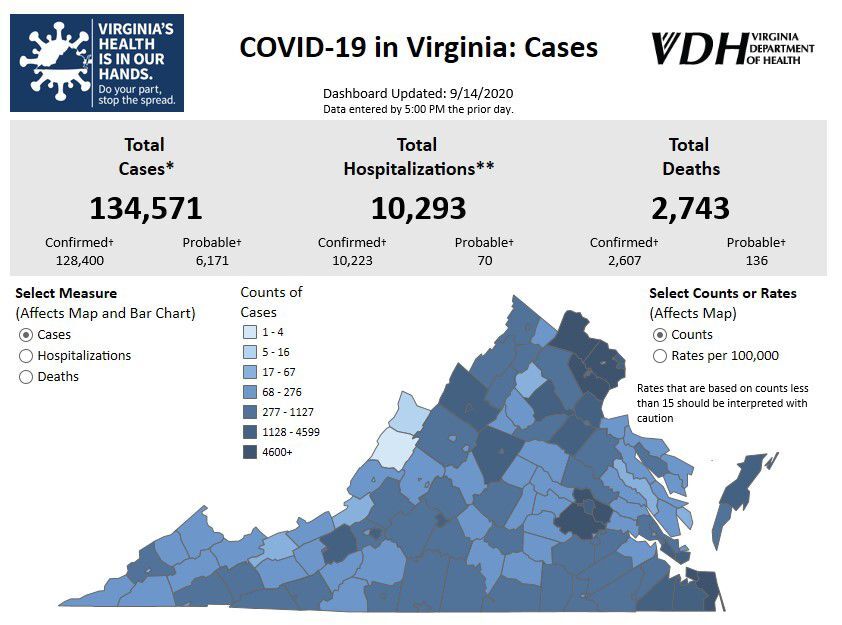 The VDH report on coronavirus cases.

Two more residents of the area have died from COVID-19.

A resident of Martinsville and another from Patrick County were listed Monday morning by the Virginia Department of Health as the most recent victims of the virus in the West Piedmont Health District.

Health officials don’t divulge any additional information about the victims. Cases are tracked by locality of residence.

Both the city and Patrick County have been the site of outbreaks that involve senior care facilities.

And that’s now seven deaths in Martinsville and 14 in Patrick County, which were the last city and one of the last counties in the state to have a positive test for the novel coronavirus.

Across the district there now have been 1,842 cases, with 214 hospitalizations and 38 deaths – including now four in September.

Oddly Patrick County had no new cases or hospitalizations in Monday’s report from VDH.

There were 14 cases across the district — six in Franklin County and four each in Henry County and Martinsville.

Overall since the outbreak of the pandemic, the breakdown is:

By comparison Danville has reported 756 cases, and Pittsylvania County has had 906. That district had four more deaths on Monday morning. Statewide there have been 134,571 cases and 2,743 deaths statewide — 19 more than Sunday. Some 10,293 people have been hospitalized.

Harris says she is 'undeterred' on voting rights

Harris says she is 'undeterred' on voting rights

WATCH NOW: As the VDH has access to more death certificates, COVID-19's deadly impact is showing more and more

Five more deaths in Patrick County, one more in Martinsville were reported Wednesday.

How deaths in the West Piedmont Health District compare to state averages.

The VDH report on coronavirus cases.