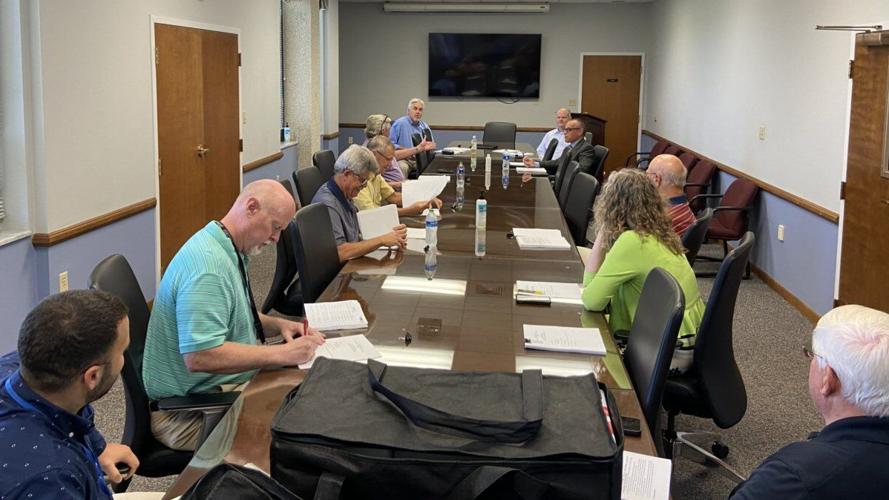 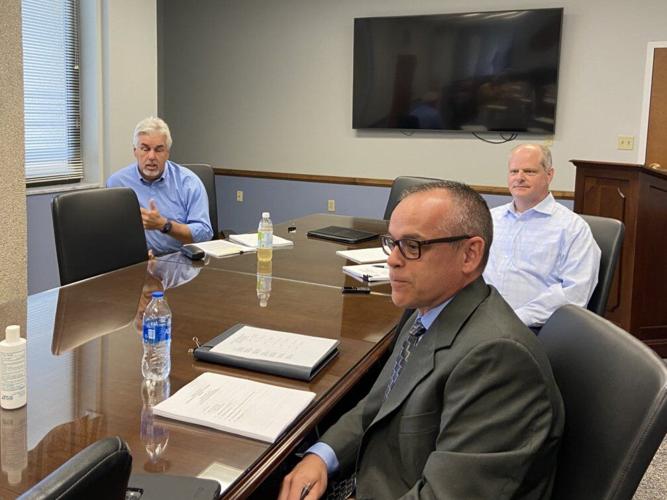 The Henry County Industrial Development Authority met for a regular meeting Tuesday to take care of some housekeeping matters, but couldn’t resist taking a few moments to bask in its recent success.

After voting to approve a performance agreement with VF Outdoor, LLC, a moment to recognize retiring Henry County Administrator Tim Hall provided an opportunity to reflect on a banner year of economic growth for the area.

“Crown Holdings is thrilled to be here,” said Hall. “Press Glass planned to hire 212 employees and they’ve hired 212. Crown has already hired over 100 and still looking to fill positions. Both of these companies have not only met their commitments to us, but their expectations to themselves.”

Dale Wagoner, who will be taking over the reigns as county administrator when Hall retires at the end of the month told a story of how the company paid for the transportation costs of an employee so the person could be present for the birth of their child.

“We hear great things about how Crown treats their employees,” said Wagoner.

The company, headquartered in Denver, Colo., employs over 40,000 people in the manufacture of branded lifestyle apparel, footwear and accessories and plans to use its 500,000 square-foot facility in Martinsville to increase distribution capacity to deliver products to its consumers faster.

“This has been a long time coming,” said Hall. “The state announced the agreement without having all the documents in place.”

Hall explained that previous performance agreements were paid incrementally, but now the state requires both the promise of new jobs and investment be met before money changes hands.

The Authority approved unanimously the agreement with VF Outdoor, LLC.

“SCHOCK was in town again last week and they are ready to go; they like what they’ve seen so far,” Hall said of the German sink manufacturer who announced plans in October to locate a facility in Henry County, add 355 jobs and invest $85 million. “I’m as enthusiastic as I have ever been about the future of this community because it is incredibly bright. I’m excited about what’s to come.”

Hall said the county had exhausted its inventory of site-ready property and could create a lag in growth down the road.

“We’ve done a really good job with what we have, we just need more,” said Hall. “Once we cobble some more money together we will be fine.”

Wagoner said the 95,500 square-foot facility on 14.7 acres in the Patriot Centre Industrial Park was shown to a number of companies before SHOCK picked it up, but the County benefitted from those other opportunities just the same.

“It was too much building for some of the companies that looked at it, but we were able to show them something else,” said Wagoner. “It was good bait.”

Wagoner used the example of Radical Sportscars, a sportscar manufacturer based in Peterborough, Cambridgeshire, in the United Kingdom who looked at the facility in the Patriot Centre and ended up committing to locating their North American Sales Office in the Manufacturing, Engineering, and Technology Complex at Patrick and Henry Community College.

The lease with P&HCC and Radical began on May 1 and officials at the college anticipate the partnership will be a big benefit for students in the college’s motorsports program.

Members of the Authority reelected Len Dillon and Barry Helmstutler as chair and vice chair respectively and named Wagoner as Hall’s replacement as the Authority’s secretary effective July 1.

J.R. Powell was introduced to the members as the new Deputy County Administrator, replacing Wagoner.

Hall said his success was a result of those that surrounded him.

“I’ve never thought you should have a number two or a number three that couldn’t be number one,” said Hall. “It’s been a true honor these last 10 years as administrator and almost 32 years in public service.”

A Roanoke woman is on trial for murder in Henry County

Two separate vehicle crashes in Henry County have resulted in three people being sent to the hospital by ambulance for treatment of injuries.

Henry County property transactions recorded at the end of October

End of a year, end of a career

With the ringing of the new year, Martinsville’s Police Chief will hang up his holster and take off his badge for the last time.

At a regular meeting on Tuesday, the board voted unanimously to waive the $20.75 motor vehicle license fee, discount the assessed value of vehicles by 10% and extend the deadline from Dec. 5 to Feb. 5 for personal property taxes to be paid.

The old BB&T building and tallest building in the city of Martinsville will be transformed into 69 new apartments and a commercial space come 2025.

The Harvest Youth Board and volunteers performed like a well-oiled machine at the 2022 W. Dan Prince III Thanksgiving Eve Dinner on Wednesday.

Gingerbread and glühwein: The best Christmas markets in Europe this year

Gingerbread and glühwein: The best Christmas markets in Europe this year