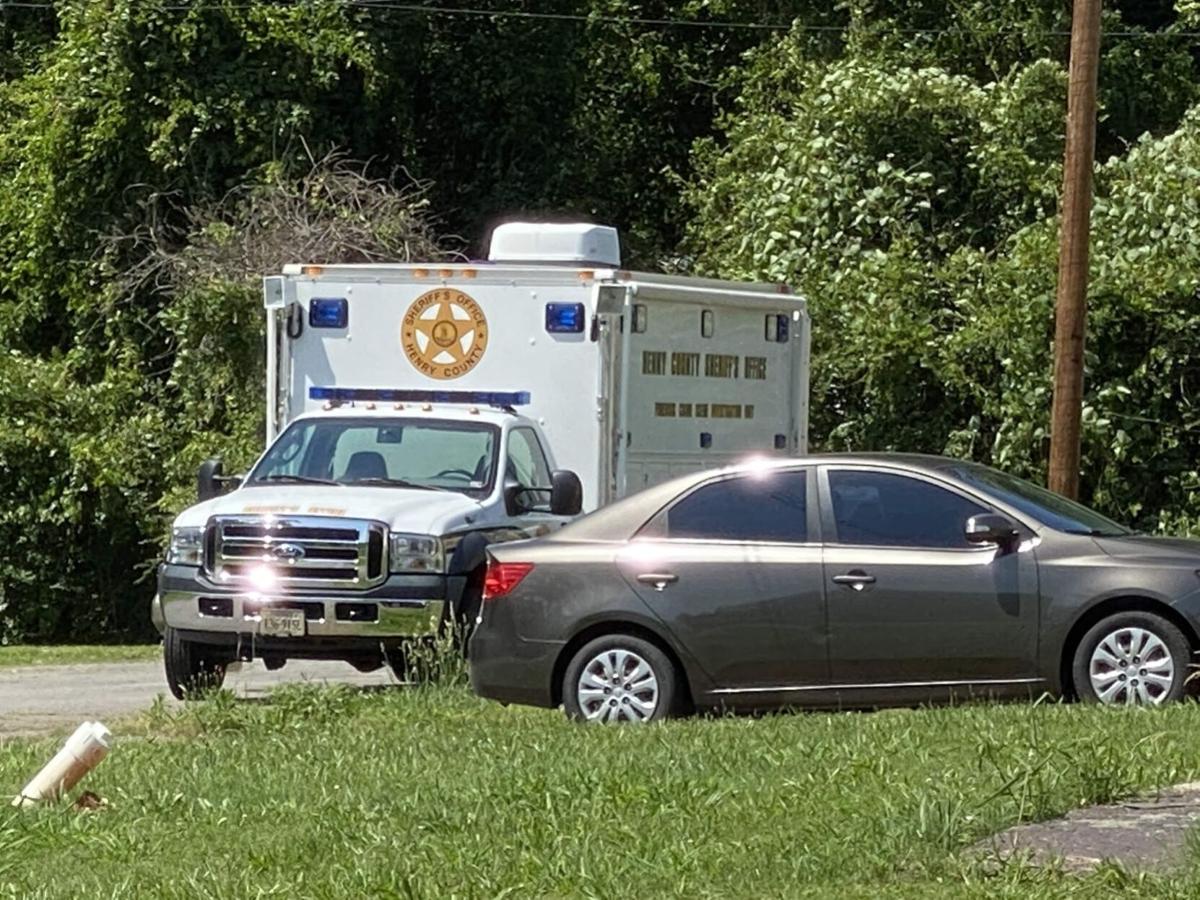 Henry County mobile crime truck on the scene of the June 2020 shooting death.

Armahn Devier Walker-Muse, 19, was indicted in November, but in Henry County Circuit Court on Tuesday an initial murder charge was reduced to being an accessory to a homicide after the fact, a charge of robbery with a deadly weapon was reduced to attempted robbery and a use of a firearm in the commission of a felony was dropped.

Walker-Muse pleaded guilty to the amended set of charges against him.

Jamil I’Keem Mays, who was 16 at the time of the shooting, also was indicted for second-degree murder and robbery of Bryant and two counts of use of a firearm in the commission of a felony, conspiracy to commit armed robbery, possession of a firearm by a violent felon and use of a deadly weapon.

Mays’ court date in September was continued to Jan. 26.

The Martinsville Bulletin requested the arrest photos of both Walker-Muse and Mays, but was declined.

“If he’s sentenced as an adult the photo may be released,” said Henry County Captain Wayne Davis. “The judge has the option to sentence ... as a juvenile and if this is the case we can’t release the photo.”

The Henry County Sheriff’s Department does not release the arrest photos of individuals who were under the age of 18 at the time of their arrest. Mays was 15 at the time Bryant was shot, and Walker-Muse was 17.

Both Mays and Walker-Muse were arrested shortly after the incident at which Bryant was pronounced dead at the scene of a wreck that happened at 11:53 a.m., just yards beyond the city line, the sheriff’s office reported.

County and city officers responding to the scene found a 2008 Ford Focus that had collided with a chain-link fence along Erwin Street. A knocked-over street sign sprawled across the lawn at the scene showed the path of the car.

There was a “subject in the vehicle,” Henry County Sheriff Lane Perry said later that day. “Rescue came to check him, but he had succumbed to an injury that appears to be a gunshot wound.”

The Office of the Chief Medical Examiner for the Western District of Virginia determined the cause of death to be a gunshot wound, and the manner of death was ruled a homicide.

Given the leeway allowed by the judge in choice of sentencing as a minor or as an adult and the amended order of one of the charges not making clear whether it will be classified as a misdemeanor or felony, sentencing guidelines could not be estimated.

Walker-Muse is scheduled to be sentenced on Nov. 10 in Henry County Circuit Court.

What do we know about the Omicron variant?

Sammy Lee Wallace Jr. is already due for trial in March for the aggravated sexual battery of a child less than 13 years old in a previous indictment that resulted in his arrest in 2019.

A Martinsville couple has been found guilty of neglecting the man's father to such an extent that it caused him to die.

All charges dropped against man arrested in Dunlap Street shooting

A Ridgeway man has been released from jail after all charges against him related to a shooting on Dunlap Street in Martinsville were dismissed by the prosecution.

EDITOR’S NOTE: The Martinsville Bulletin reports court proceedings in Henry County and Martinsville district and circuit courts, except some j…

Henry County mobile crime truck on the scene of the June 2020 shooting death.