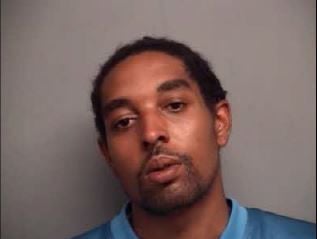 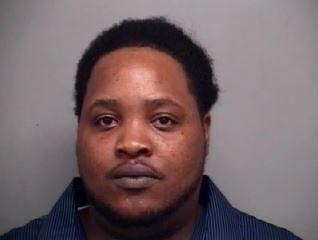 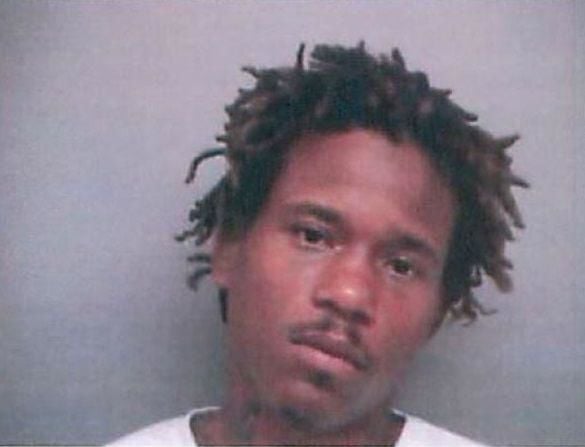 First-degree murder and several other charges were dropped Tuesday against a Bassett man who reached a plea agreement in a drive-by shooting death of an Axton man.

Adrian Eugene Watkins, 28 of Bassett, had been charged with first-degree murder, conspire to commit murder, reckless with a gun causing bodily injury, shoot into a public place causing injury, attempted murder, maliciously shoot into an occupied building, use of a firearm in the commission of a felony (first offense) in the death of Sean Goddard Jr., 20, of Axton, who died after a drive-by shooting on May 13, 2018, in Martinsville.

All of the charges against Watkins were dropped in Martinsville Circuit Court in exchange for a guilty plea on a charge of possession of a weapon by a violent felon and payment of restitution in the amount of $10,394.10.

Court records show Watkins already had made restitution and was sentenced to 5 years in prison.

Watkins had been out on bond while awaiting Tuesday’s sentencing. During that time he was fined $50 for public swearing and intoxication on Dec. 30 and charged again with possession of a weapon by a violent felon on Feb. 11. Watkins pleaded not guilty to the charge at his arraignment in June and is due for trial on the most recent charge in Martinsville Circuit Court on Wednesday.

A grand jury also had indicted Corey Vershaun Johnson, 34, and Brandon Tarall Thomas, 31, both of Martinsville, in relation to Goddard’s death. Both men’s cases are being handled separately.

The case involves an incident that took place at around 12:43 a.m. on May 13, 2018, when the 911 communications center received a call of shots fired in the 1000 block of Askin Street in Martinsville. Dispatchers advised that a man had been shot and was taken to the hospital by a private vehicle.

Martinsville Police Sgt. C.S. Boblett responded to the hospital and found Goddard, who had been shot multiple times. According to arrest warrants and criminal complaints, Goddard told police he had been shot by someone in a gray-colored vehicle while he was at a home on Askin Street.

Meanwhile, the criminal complaint states, MPD Investigator Sgt. R.L. Ratcliffe responded to the crime scene and observed multiple holes in the residence at 1009 Askin Street that were consistent with bullet holes. A search of the house uncovered a 9mm shell casing and a 9mm whole bullet. Officers also collected multiple shell casings from the roadway and a vehicle, while also collecting three guns, according to the complaint and arrest warrants.

Ratcliffe’s criminal complaint stated the Askin Street home was occupied at the time of the shooting.

“It is believed that he [Johnson] went to this location, along with the others, to specifically shoot at the residents because of a problem they were having,” Ratcliffe wrote.

Thomas was scheduled to appear in Martinsville Circuit Court on Wednesday for what was listed on the court docket as a plea hearing, but his case has been continued until Nov. 10 while a newly appointed lawyer, John Swezey, familiarizes himself with the case.

Thomas is charged with first-degree murder, attempted murder, maliciously shooting into an occupied building, shooting in a public place causing injury, conspire to murder, possession of weapon by a violent felon, use of a firearm in the commission of a felony (second offense), reckless with a gun causing bodily injury and use of a firearm during a felony.

Johnson remains in custody awaiting trial on the same charges that Watkins and Thomas faced. He is scheduled for a jury trial beginning Jan. 26.

The trial is expected to take three days.

This case became the second high-profile case in the same week in which Martinsville Attorney Chris Roop has been replaced by another attorney.

Thomas Joe Braxton, III, the man police say shot a Martinsville Police officer after a high-speed chase, also had Roop as his attorney and was scheduled to appear in Henry County Circuit Court earlier this week, but Roop had been replaced by Martinsville Attorney Matthew Clark.

Braxton’s case was continued because Clark had not yet met with his client.

Roop’s legal assistant, Semantha Talbott, told the Martinsville Bulletin on Thursday afternoon that Roop had no comment on why he was replaced in both cases, but she did confirm that he was not suffering from an illness.