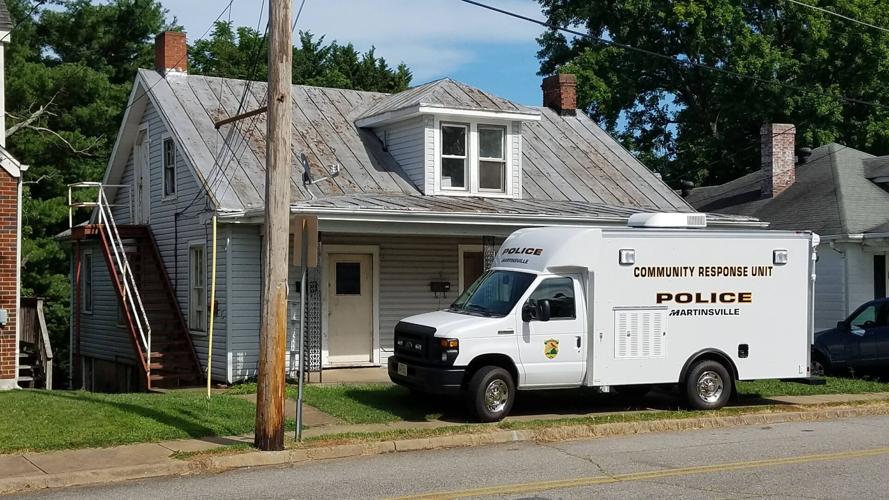 The Martinsville Police Community Response Unit parked out front of Reynold's home in 2017 during the investigation of the death of Katherine White Likens. 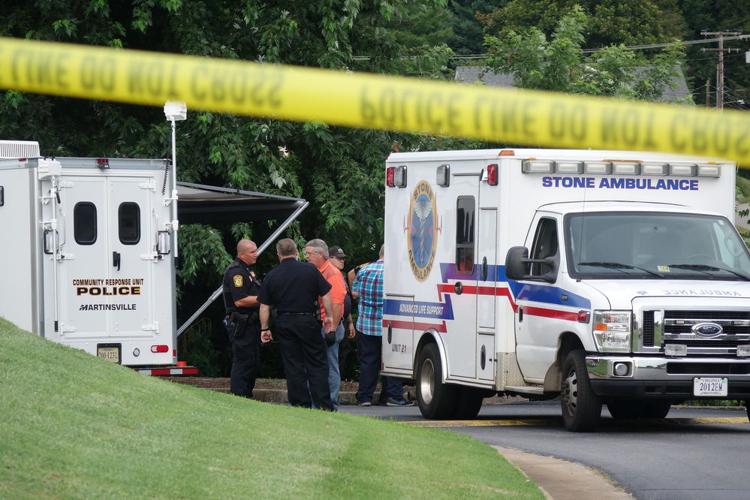 Yellow tape cordons off the crime scene where the dead body of a woman later identified as Katherine Likens was found in the woods behind a bank in Martinsville in July 2017.

A Martinsville man charged with killing his ex-girlfriend almost five years ago pleaded guilty to murder in the first degree in Martinsville Circuit Court Tuesday afternoon.

Robert Wayne Reynolds, 56, of 103 Maple St. in Martinsville, had been declared mentally incompetent and received psychological treatment after his arrest on July 15, 2017, two days after the battered body of 53-year-old Katherine White Likens was found in a wooded area between Ellsworth Street and Cleveland Avenue. The Medical Examiner’s Office in Roanoke determined the cause of death to be blunt force trauma to the head.

Martinsville Circuit Court Judge G. Carter Greer asked Reynolds a series of questions on Tuesday regarding his plea of guilt, and Reynolds appeared to be confused on two occasions to those questions.

“Do you understand that the maximum sentence for this charge is life in prison?” Greer asked Reynolds.

“Yes,” answered Reynolds. “I just want to go to a certain prison for the rest of my life. I know I deserve it.”

Ziglar ordered further tests to be conducted and after reviewing the results in September, she determined Reynolds was eligible to be tried for first-degree murder in the death of Likens.

Szerdelova and Martinsville Commonwealth’s Attorney Andrew Hall had argued vigorously with the doctor asserting that Reynolds had significant mental problems which treatment was not improving, and Hall questioning whether Reynolds was faking his problems because he had a prior history of treatment and release.

At the hearing last year, Hall cited three other times, before Likens’ death, when Reynolds had been committed for psychological treatment and had been restored, and he questioned whether the results in Szerdelova’s report were valid, suggesting Reynolds might be faking his illness to avoid facing trial.

After Ziglar ruled Reynolds was competent, a grand jury indicted Reynolds on the murder charge on May 2, and on May 23 Reynolds was scheduled to appear in Martinsville Circuit Court to have his trial date set. It was then that Reynolds’ attorney, Michael Nicholas, notified Hall his client wanted to plead guilty as charged.

Greer ordered a pre-sentence report and Reynolds to return on Aug. 18 for sentencing.

Hall summarized the evidence before the court on Tuesday, saying that had the case gone to trial he would have shown that Reynolds, who had a volatile relationship with Likens for 12 years, told her he would kill her and Likens feared for her safety.

The criminal complaint on file in the Martinsville Circuit Court Clerk’s Office shows that Likens was reported missing about 12:21 p.m. on July 13, 2017, and police were told she never returned home after her night shift at Rania’s restaurant.

Before she had left work on the night of her death, Likens was overheard by witnesses at Rania’s arguing with Reynolds on her cell phone, the criminal complaint shows.

A neighbor reported that she had received a phone call from Likens when she got off work on July 12, with Likens saying she was supposed to be on the way home, but she never arrived.

Video surveillance in the area showed that, after getting off work, Likens went to Sparky’s Food Store. She left the store about 10:10 p.m., at which point the video shows her walking toward the old BB&T building, near the small wooded area behind the bank. That’s where her body was found.

Just before that, video surveillance obtained by the Martinsville Police Department showed, two men were walking across Market Street from Reynolds’ residence at 9:50 p.m.

One of the two men was pushing a bicycle, and the other was identified as Reynolds. According to the criminal complaint, the man pushing the bicycle told police he was heading to the store to buy a beer and ran into Reynolds.

After they talked for a few minutes, Reynolds told him he was going to get some money to buy a beer, the witness said. He told police he left Reynolds within 200 yards of that wooded spot behind BB&T, which was a common area for Reynolds and Likens to meet when she ended her shift, witnesses told police. Often, they said, she would give him her tip money from working at the restaurant.

It was unclear, however, if Likens had agreed to meet Reynolds or if she was just walking through the area. Her neighbors told police that Likens had planned to extend the protective order on July 13, a plan of which they said Reynolds was aware. They also told police that Reynolds knew her routine and the routes she took to and from work.

That same video surveillance that recorded Likens walking toward the wooded area showed Reynolds leaving that spot at 10:21 p.m. by himself. Multiple people in Likens’ apartment building also reported seeing Reynolds walking back from that area to his residence at that time.

After police found the body of Likens, the criminal complaint said, they spoke with Reynolds, who said he had been at his house all night. On July 14 Martinsville police executed a search warrant at Reynolds’ apartment and seized a pair of cut-off jeans shorts consistent with those Reynolds was seen wearing in the video.

In the criminal complaint, police officials mentioned that multiple spots of red stain, consistent with blood, were found on the shorts. They also seized multiple washcloths from the house, a bundle of clothes, a wooden stick and some black high-top tennis shoes before charging Reynolds with first-degree murder.

There were a total of 65 indictments issued against 30 people by a Patrick County Grand Jury on Monday.

An indictment is not an indication of guilt. It is the grand jury’s determination that enough evidence exists to hold a trial.

The Martinsville Police Community Response Unit parked out front of Reynold's home in 2017 during the investigation of the death of Katherine White Likens.

Yellow tape cordons off the crime scene where the dead body of a woman later identified as Katherine Likens was found in the woods behind a bank in Martinsville in July 2017. 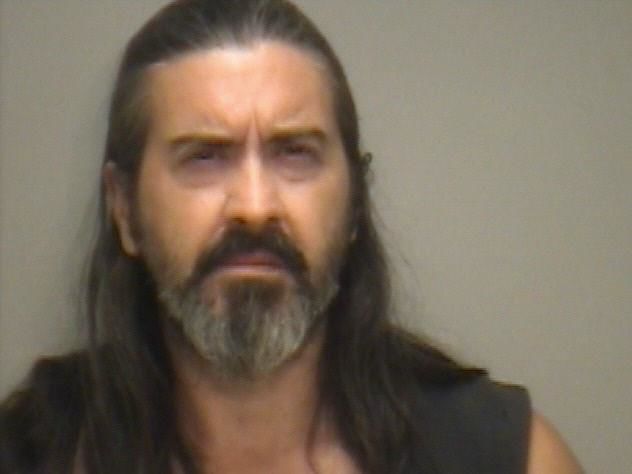