A retired Henry County investigator has been found guilty of first-degree murder and conspiracy to commit murder in the death of his wife.

“This is one of the most pre-planned murders I’ve ever seen,” Henry County Commonwealth’s Attorney Andrew Nester said. “He might not have pulled the proverbial trigger, but he did everything he could do but pull the trigger.”

Over the course of three days in Henry County Circuit Court the prosecution and defense unraveled a twisted story that involved four people and ended with Pamela Morse, 63, dead of a gunshot wound to the head.

David Morse’s attorney, Michael McPheeters, moved to strike both charges against his client, claiming the Commonwealth had failed to prove its case beyond reasonable doubt, but in particular, he asked the charge of first-degree murder be dropped because the evidence was clear his client was not the shooter.

Nester pointed out that if it is proven a person’s deliberate and premeditated behavior causes a someone’s death, the person does not have to be the shooter in a shooting death to be found guilty of murder.

Williams denied McPheeters’ motion to strike on both counts.

“The phone messages between Ms. Fitzgerald and Mr. Morse are literally a play-by-play,” said Nester. “He said those text messages were going to cause him a lot of headaches, and they have.”

“My wife’s been shot,” Morse said between sobs. “I just got in from work and she’s in the bed. She’s been shot.”

“She’s not breathing at all,” Morse said.

While waiting for police and rescue to arrive, Morse told the dispatcher he last spoke with his wife around 9:30 the night before as he was leaving for work in Woolwine, and she asked him to pick up some biscuits and gravy from Hardee’s on the way home in the morning.

“You were bringing breakfast to a dead woman,” Nester said to Morse after Morse took the stand Tuesday afternoon. “You knew she was already dead.”

Morse said he remembered coming home and noticing his wife’s Jeep was gone so he went inside the house, saw everything was in disarray, put the breakfasts down in the kitchen and then made his way down the hallway, eventually finding his wife dead in bed.

“Your body and mind just goes numb,” said Morse. “I don’t remember talking to the police. I’ve listened to the tapes played in this courtroom and wondered ‘where did that come from.’”

Morse said since his arrest he had been diagnosed with post-traumatic stress disorder, depression and anxiety and was taking medication.

Nester had already played the bodycam footage of the officers on the scene and Morse could be seen telling officers “I have a 2010 Jeep that’s missing” and “two guns are missing from the bedroom, maybe more.”

McCraw said as they began processing the scene they swabbed for red stains found in the bathroom and kitchen, collected a couch pillow in the den that had a hole in it and what appeared to be gunpowder burns on it and recovered a bullet near the body.

Morse “was nervous and said he was afraid Tanna Fitzgerald was going to show up at his house,” Wade said. “He spent the night of May 13 at his sister’s house in Patrick County.”

Wade testified that investigators learned that Fitzgerald had been seen walking along the U.S. 220 bypass near a rock quarry, located her and took her to the Virginia State Police Station on Fisher Farm Road in Martinsville to talk with her.

“She told us she would tell us everything if she could see David Morse first,” Wade said.

Wade said Morse agreed to meet with Fitzgerald at the police office and said he recorded the encounter on his iPhone.

On the video, played on a large-screen monitor in the courtroom, Fitzgerald and Morse could be seen hugging and Fitzgerald could be heard asking Morse multiple times if he was “okay.”

“He told her to tell us everything and she said ‘What do you mean everything?’ and he took a long time to say ‘You tell them every conversation we had,’” Wade said.

Wade said that Fitzgerald provided him with the code to an electric lock on a door to Morse’s house and he got a search warrant and went back to Morse’s house to see if the code would open the lock, and it did.

Wade had recorded himself opening the lock, and the video of him doing so was also played on the large monitor in the courtroom.

Wade said he also had noticed the security camera near the door was not plugged into the receptacle nearby.

Morse’s attorney, Michael McPheeters, asked Wade what he knew about the affair between Morse and Fitzgerald and if he was familiar with Fitzgerald’s mood swings.

“They said they had been seeing each other since December 2019 and she could become hostile if he didn’t do what she wanted,” said Wade. “She threatened to expose the relationship” and “was capable of being very upset.”

Testimony then turned to the house at 525 Holley Ridge Road in Franklin County where investigators found Fitzgerald with Casey Lynn Rogers, 27, of Meadows of Dan.

Collin Joshua Russell, 37, of Roanoke also was found on the property, along with Pamela Morse’s stolen Jeep, which had been partially spray-painted.

“Rebecca Lynn Bowman Rogers, the mother of one of the defendants, gave over a bag of jewelry and about 140 yards down a logging road we found a .357 magnum revolver in a green cardboard box, unloaded and separated from other guns on the property,” said VSP Special Agent Lee Willis.

Wade was called back to the witness stand again and testified that on May 18 he received a call about 1:30 in the morning and met Morse at the police station on Fisher Farm Road.

“He gave over a letter he said he had found in his door that said ‘Life without you is not worth living,’” said Wade. “We did a well-being check on Tanna Fitzgerald and she was fine,” and said the letter had been from her.

Nester then began detailing a string of text messages between Fitzgerald and Morse in the overnight and early-morning hours leading up to the discovery of Pamela Morse’s death.

Investigators utilized a special software to extract deleted messages from the phones of Fitzgerald and Morse that included a conversation about where surveillance cameras were located on Morse’s property.

“How many cameras and where?” a question from Fitzgerald’s phone asked.

“They are unplugged,” a response from Morse’s phone read.

“Could she plug them back in?” another question came from Fitzgerald’s phone.

“No. If you would rather wait it’s your call,” was the response.

At 4:48 a.m. on the day Pamela Morse was found dead, a text from David Morse’s phone to Fitzgerald said “People are waking up now.”

“It’s already in progress,” came the response from Fitzgerald’s phone. “I’ll turn myself in, I’ll take the blame.”

Rogers and Russell are charged with first-degree murder, use of a firearm in the commission of a felony and grand larceny of an automobile. Rogers is due back in court on Jan. 26.

Russell is also charged with conspiracy to commit murder and is due in Henry County Circuit Court on Dec. 22 to have his trial date set.

Morse retired from the Henry County Sheriff’s Department more than a decade ago. He was among the investigators assigned to the still-unsolved shooting deaths of Michael, Mary and Jennifer Short in 2002.

Morse will be sentenced in Henry County Circuit Court on Feb. 22. 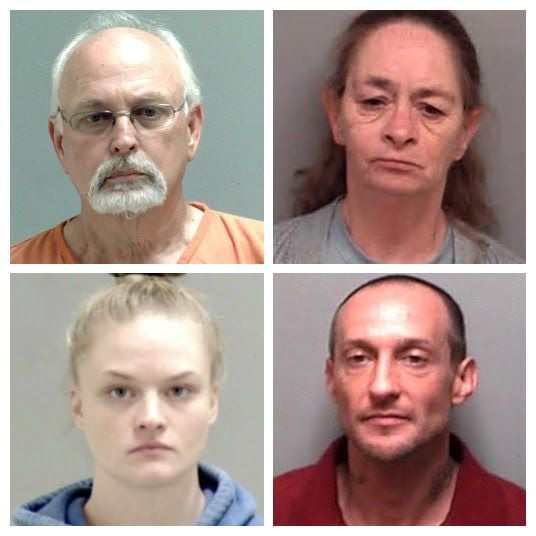 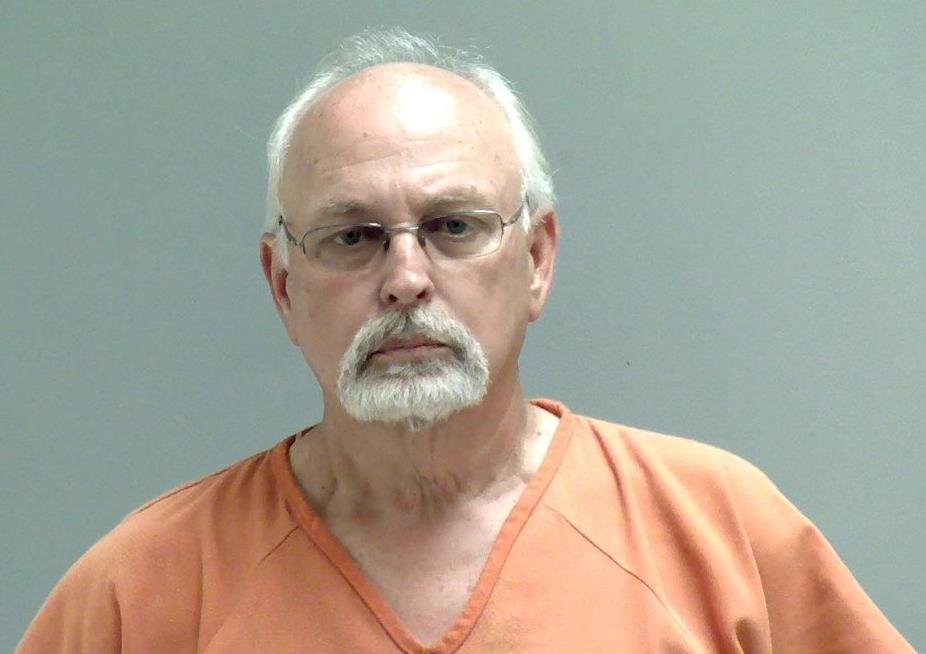