Rogers is one of four people who were charged in the shooting death of Pamela Morse and the last one to be tried.

With a long witness list of investigators and other law enforcement personnel, Henry County Commonwealth’s Attorney Andrew Nester called Virginia State Police Sgt. Billy McGraw to the stand, identifying him to the jurors as the “first investigator on the scene.”

On a large screen in the courtroom, Nester asked McGraw to describe a series of photographs that showed the contents of David and Pamela Morse’s home at 1385 Wingfield Orchard Road in disarray.

McGraw described a picture of a pillow on a couch as having “one or two holes in it,” and there were a number of red stains that were found in the kitchen.

McGraw said David Morse told him a surveillance camera on the property had been unplugged about two days before Morse came home from work and found his wife in the bed, dead of two gunshot wounds to the head.

Retired state police Special Agent Rick Connelly said he was headed to Morse’s home in Henry County from his Salem office when he was notified that Pamela Morse’s cellphone had pinged at 595 Brown Hill Road in Franklin County.

Connelly said that since he was near the location, he changed course and headed to the address in Franklin County where the phone might be located. But when he arrived, the address turned out to be the location of the actual cell tower and not the phone.

VSP Special Agent Mark Austin joined Connelly, and they noticed a white pickup truck pass them as they were pulled over on the shoulder of the road. After canvassing the area, they located the pickup in the driveway of a home.

When they pulled into the driveway and got out, Connelly said, they were told by Billie Jo Villante, the owner of the property, that “we would find someone and a vehicle in the woods.”

Connelly said they located Collin Joshua Russell and retrieved, among other items, two guns from him. “He told us he had been sleeping in the shed behind the house.”

Russell was placed under arrest for outstanding charges against him in Patrick County.

McGraw said when they handcuffed Russell, they discovered that he was wearing a watch that Morse had reported missing.

Connelly said Austin and he conducted an interview with Rogers there on the property. The interview lasted almost an hour, he said, and Rogers was not under arrest at the time and voluntarily consented to answering questions.

Both Connelly and Austin were asked by Nester to read their reports of the interview with Rogers, and both men took about 45 minutes on the witness stand saying essentially the same thing.

“Although she [Rogers] was pregnant with what she thought was Russell’s baby, she said they had broken up,” said Austin. “She admitted she went to Henry County with Russell to do a tattoo, but she first said she stayed at Holly Ridge Road all night.”

Austin said when they told Rogers they knew she was with Russell at Tanna Fitzgerald’s house in Fieldale, Rogers said that was where she stayed until they returned to Franklin County.

Austin said Rogers changed her story again when he and Connelly made her aware that they had surveillance video placing her and Fitzgerald at several locations including a store where Fitzgerald was seen taking money from an ATM machine.

“She then admitted to going out with Tanna to the store,” said Austin.

Austin said he and Connelly determined Fitzgerald to be the person that had driven past them in the pickup truck, and Austin said Rogers told them she had left her cellphone at Fitzgerald’s house and Fitzgerald was returning it to her.

When asked about Pamela Morse’s Jeep being found in the woods of the Franklin County property, Austin said Rogers told him, “I didn’t see that Jeep come in here,” and by the end of the interview she told Austin and Connelly that their investigation was “going to be hell, but I’ve got God right here with me.”

State police Special Agent Matt Wade was then called to the stand and identified himself as the lead investigator in the case of the murder of Pamela Morse.

Wade said when he was called to the scene, McCraw was already at the Morse home collecting evidence and David Morse was taken to the Martinsville Police Department to be interviewed.

“Tanna Fitzgerald was identified as a person of interest at that time and so I followed her to her home in Fieldale where we executed a search warrant looking for a firearm, which we didn’t find,” said Wade.

The following day, Wade said, he went back to the Morse home to meet with David Morse about property he had discovered stolen.

“There was a fake Rolex watch, a .380 caliber pistol from a bedroom drawer, a large plastic bag with a rifle and scope, a .22 caliber pistol, a Remington 12 gauge shotgun, a television and Mrs. Morse’s medicine,” said Wade. “He also said he was missing lapel pins and memorabilia, an iPhone and three iPads.”

Wade said at the first search of the Franklin County property where they arrested Russell, in addition to the Jeep they recovered two pistols, the television and the medicine.

Wade said he went through the house with David Morse and noticed a surveillance camera that was unplugged and another one with the batteries removed.

State police Special Agent Lee Willis was then called to the stand and stated that Rebecca Lynn Bowman Rogers, the mother of Casey Lynn Rogers, turned over a box a jewelry to him. Earlier testimony revealed that Rebecca Rogers was the girlfriend of Jim Vallante and staying with him and his mother at the property in Franklin County.

Nearly a dozen guns, Pamela Morse’s painted Jeep and other identifiable property from the Morse residence were eventually recovered from the woods at 525 Holly Ridge Road in Franklin County where police caught up with Russell, Rogers and Fitzgerald.

Fitzgerald died in October 2020 while in the Henry County Jail after notifying deputies that she had taken an excessive amount of prescription blood pressure medication, a Henry County Sheriff’s Office release stated.

The trial is scheduled for five days in Henry County Circuit Court.

A man, 20, died after a Milwaukee shooting Monday night near Vel Phillips and North.

Scientists can tell what you eat by analyzing your hair

Does having more moons in the sky mean a longer time on Earth?

Does having more moons in the sky mean a longer time on Earth?

Carbon capturing concrete could be the future of green construction

Carbon capturing concrete could be the future of green construction 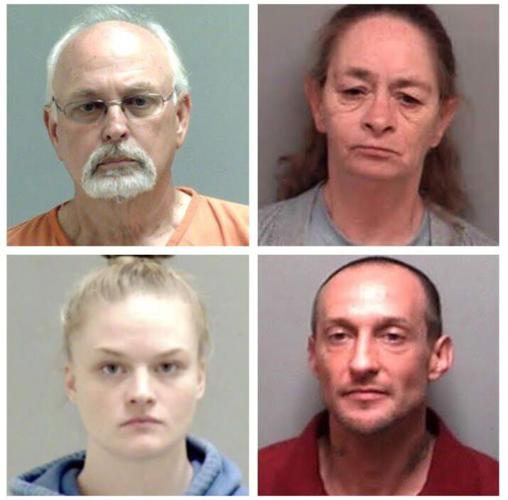 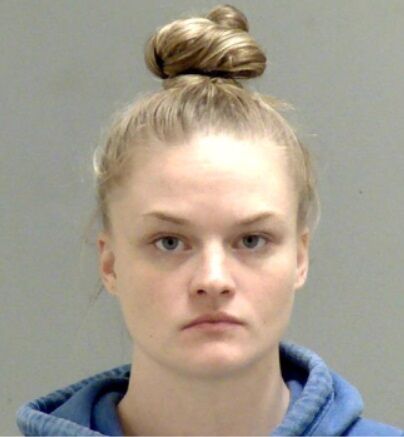