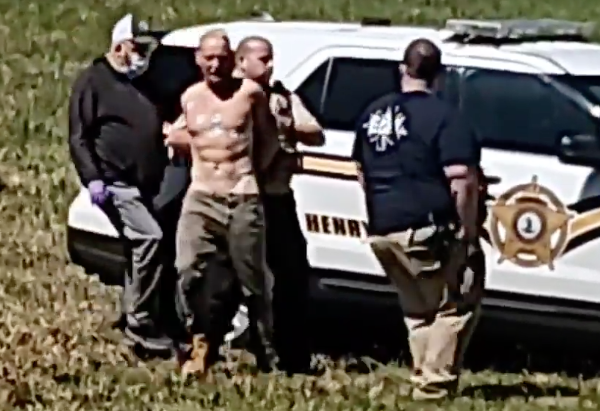 This man was apprehended after being subdued by a police canine in a field in the 3500 block of County Line Road in Henry County. 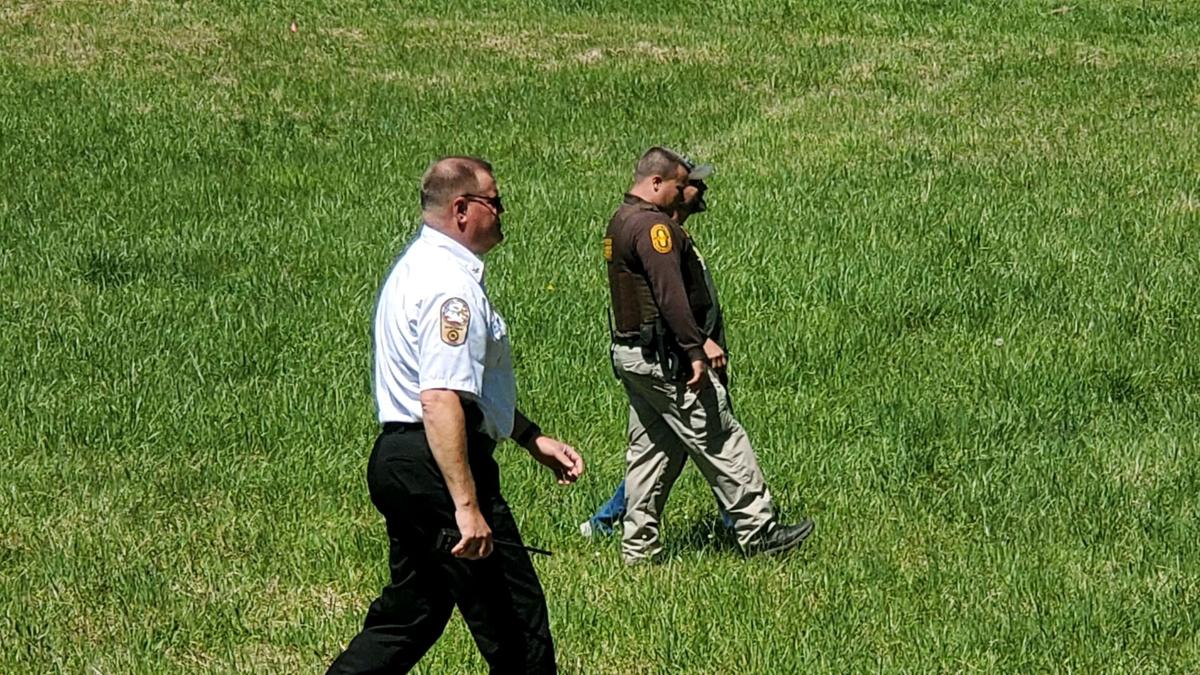 Henry County Sheriff Lane Perry arrives on the scene shortly after a stolen ambulance was recovered and a man was apprehended. 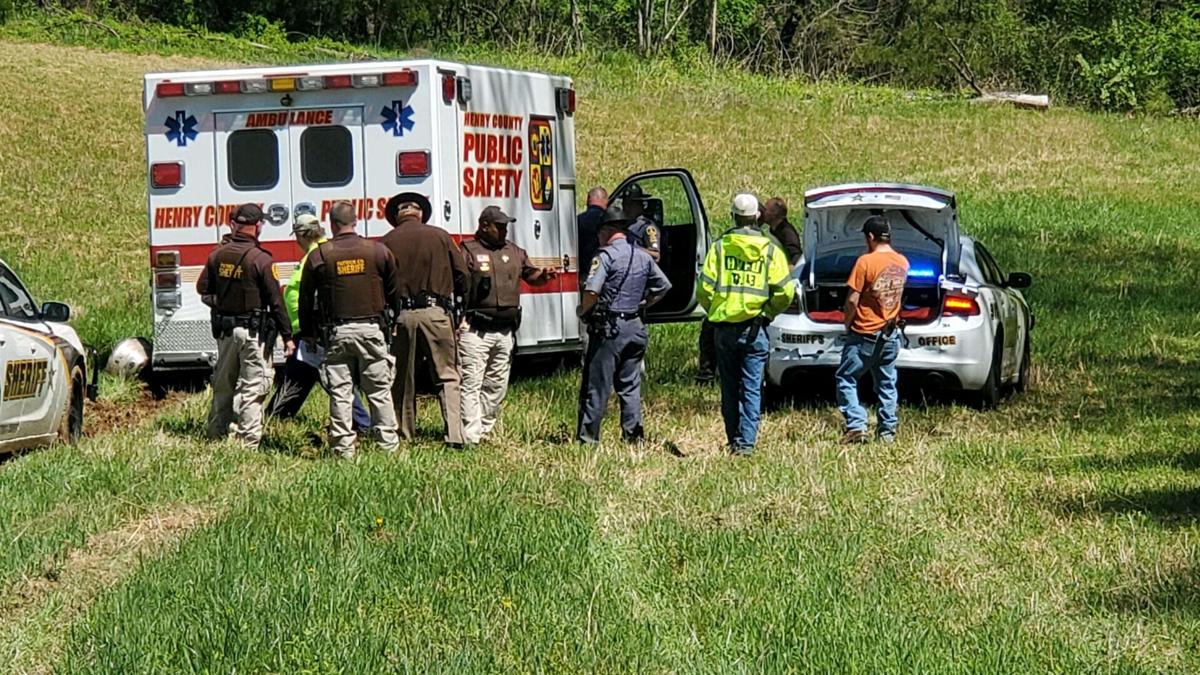 A man stole a Henry County ambulance and police gave chase for about 45 minutes when it ended in a field on County Line Road.

A man stole a Henry County ambulance Friday morning and led police on a chase for about 45 minutes before ultimately being caught by a dog in a field on County Line Road.

The incident began when Henry County deputies were attempting to arrest Derrick Devon Martin, 50, in relation to a stolen truck, a release from the Patrick County Sheriff’s Office said. The release did not indicate where the arrest of Martin was attempted.

But Martin became combative and resisted arrest, and after he was apprehended, he became unresponsive and was experiencing what appeared to be a medical emergency, the release stated.

Then, at 11:12 a.m., Martin managed to gain control of the ambulance and drive away, and Henry County deputies began pursuit.

The release did not state how Martin was able to steal the ambulance or what happened to the rescue workers attending to him. The Henry County Sheriff’s Office has not commented on the incident.

But for the next 45 minutes HCSO deputies and Virginia State Police chased the ambulance throughout Northwest Henry County, along Fairystone Park Highway, Stones Dairy Road, Orchard Drive and finally onto County Line Road.

Henry County Sheriff Lane Perry’s voice was heard over the radio calling for his deputies to back off the chase at the Patrick County line, where Patrick County deputies were waiting to take over.

“We initially had deputies staged at areas to deploy spike strips in an effort to disable the ambulance, and we became involved in the pursuit before it entered into our county on County Line Road,” Patrick County Sheriff Dan Smith said.

Patrick County Deputy Noah Wolfe was able to deploy spike strips ahead of the ambulance, and even though tires on the vehicle’s right side were damaged by those spikes, Martin continued to drive the ambulance, sometimes at speeds reportedly in excess of 80 mph.

“The suspect was running on rims on the wrong side of the road at approximately 30 mph, with rear running gear damaged, when Deputy Martin attempted to block him in,” Smith said. “It was apparent that the suspect was not going to stop until we removed him from the road.”

After Deputy Martin was rammed, Smith said, Dillon used the front bumper of his patrol vehicle to force the ambulance off the road.

Martin jumped out of the ambulance and attempted to flee into the woods.

K9 Crash of the Patrick County Sheriff’s Office was released to give chase, and Martin was apprehended.

A second ambulance was called to the scene when it was reported that Martin had been bitten by the police dog.

In handcuffs, Martin entered another ambulance and was taken to Sovah-Martinsville for treatment.

Derrick Martin in being held in the Henry County Jail, and the Virginia State Police is investigating the crash and pursuit. Martin likely faces multiple felony and misdemeanor charges.

This man was apprehended after being subdued by a police canine in a field in the 3500 block of County Line Road in Henry County.

Henry County Sheriff Lane Perry arrives on the scene shortly after a stolen ambulance was recovered and a man was apprehended.

A man stole a Henry County ambulance and police gave chase for about 45 minutes when it ended in a field on County Line Road.