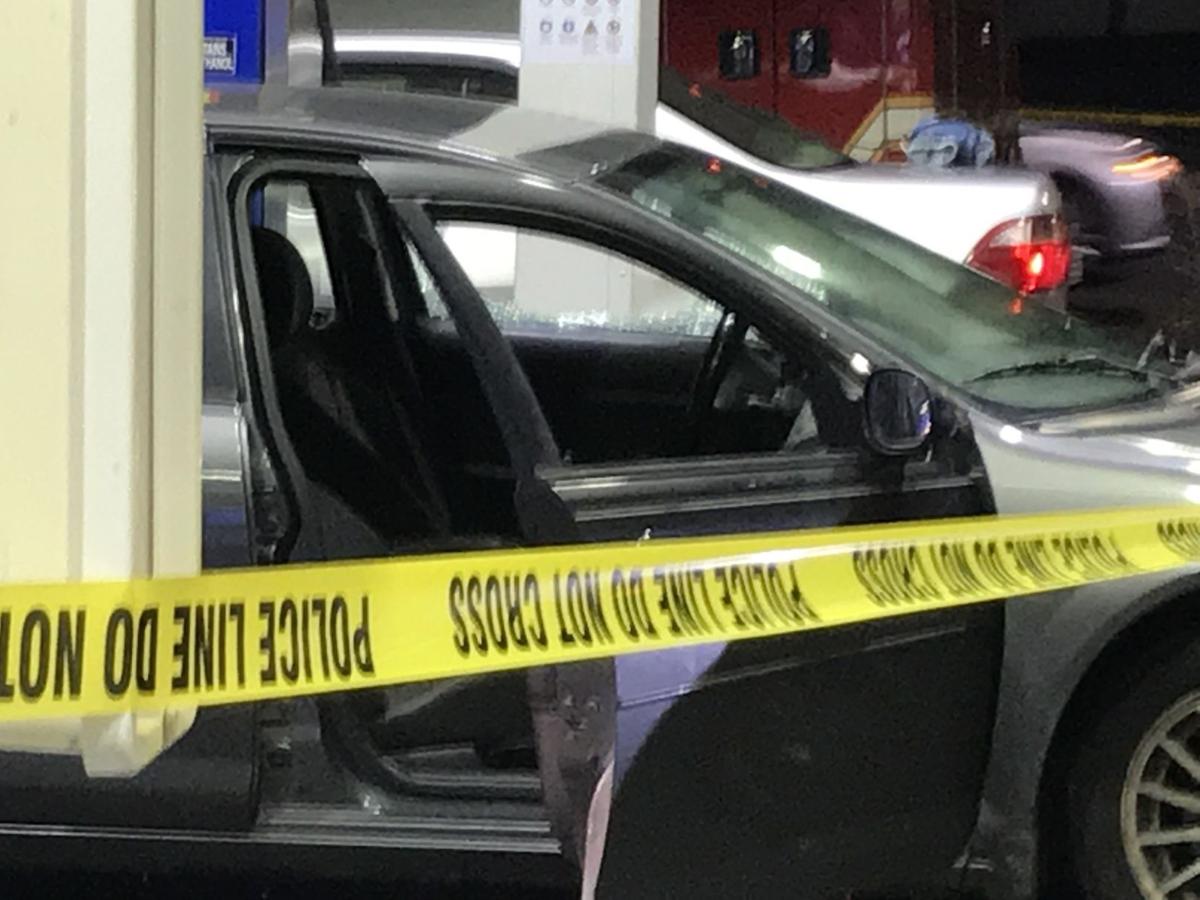 A bullet-riddled vehicle in the parking lot in Martinsville. 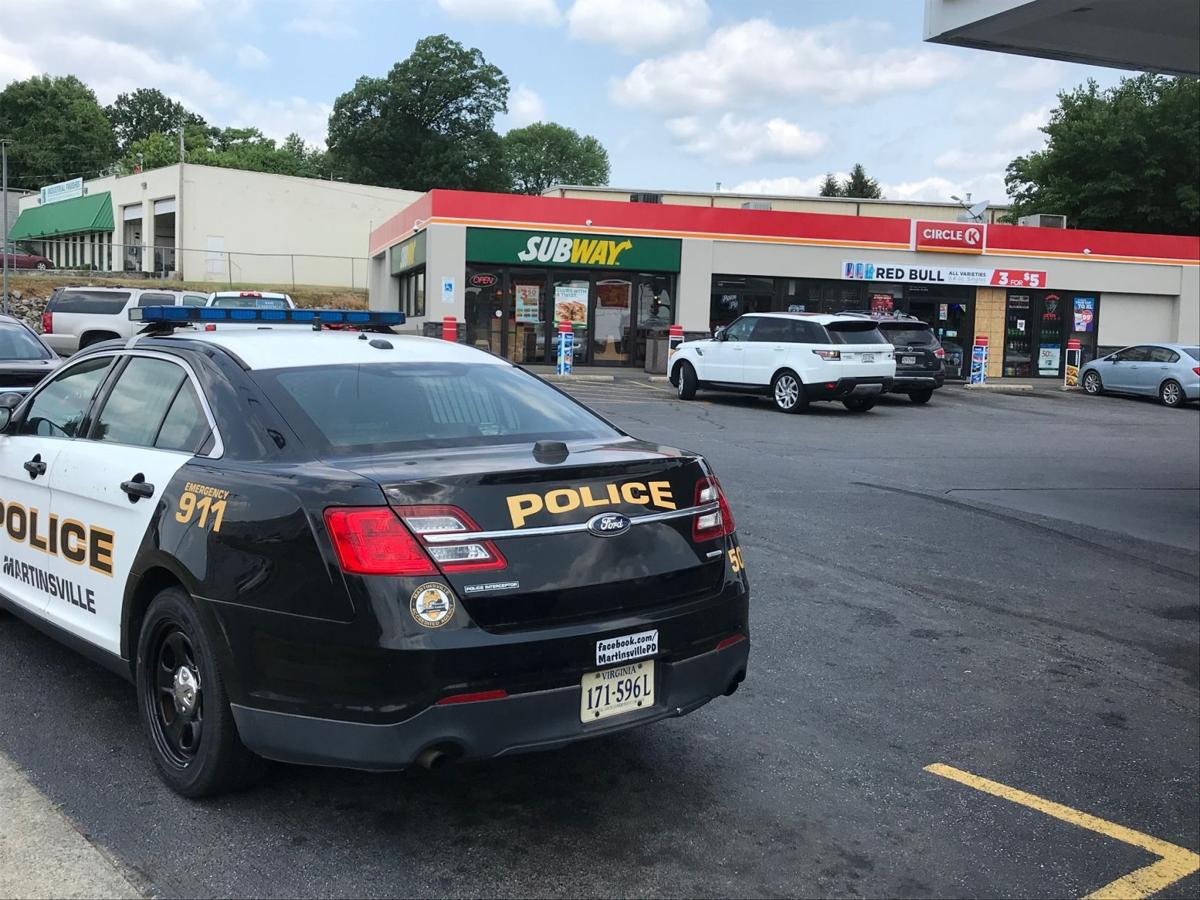 Police on Monday remained on the scene in Martinsville of a shootout on Sunday night.

Search warrant documents on file in Martinsville Circuit Court reveal some details about the shooting incident Sunday in the parking lot of a convenience store in Martinsville about which the Martinsville Police Department has released little information.

Apparently drugs were involved in the events that led to shots being fired that left a man wounded.

The police department in a release on Monday said there had been a shooting in which one person was injured at approximately 9:30 p.m. Sunday in the parking lot of a building at 937 E. Church Street that houses a Circle K convenience store and a Subway restaurant.

Indications were that an attempted armed robbery of an individual was the cause, the release said. Several vehicles and the building were struck with bullets.

The person, identified in the warrants as Marquise Waller, was taken to Sovah Martinsville with non-life-threatening injuries and then flown Carilion Roanoke Memorial Hospital in Roanoke.

“We are not releasing anything at this time," MPD Deputy Police Chief Rob Fincher said in an email Tuesday. "Our investigators are current[ly] out conducting interviews. We foresee charges to be placed in the very near future, and once done so we will immediately send out a release. But for the immediate time releasing information could hinder the investigation.”

But search warrants taken out by Sgt. C.S. Boblett offer insight into what happened in that  parking lot.

The warrants state that on Sunday at about 11:30 p.m. officers dispatched to 937 E. Church Street found Waller suffering from an apparent gunshot wound to the lower extremities. Multiple cartridge cases were found throughout the parking lot and roadway. The weapons used in the shooting are not identified.

Surveillance video showed occupants of a silver Honda and a dark gray Chrysler exchanging gunfire, according to the search warrant documents filed by Boblett.

Both a dark-colored 2004 Chrysler Sebring and a silver 1998 Honda Accord have been impounded. It is unclear how the police came to have possession of both vehicles.

Search warrant applications for those vehicles state that “in plain view in the center console area is a bag of green leafy product consistent with marijuana.

"There are multiple areas of damage to the Honda where it appears it was struck by gunfire. The Honda holds evidence of the firearm(s) used as well as a potential motive for the incident.

The applications also say, “Further, I know that narcotics transactions are frequently set up via cell phone. (CB)”, apparently referring to C.S. Boblett.

There has been no update on Waller's condition and whethere he is in custody, and the warrants did not specify any suspects.

Fincher did not respond immediately to an email seeking further comment.

Adult, juvenile charged in shootout at gas pump in Martinsville

A person was shot Sunday night in the parking lot of a convenience store at 937 E. Church Street in Martinsville, city police reported Monday …

A bullet-riddled vehicle in the parking lot in Martinsville.

Police on Monday remained on the scene in Martinsville of a shootout on Sunday night.