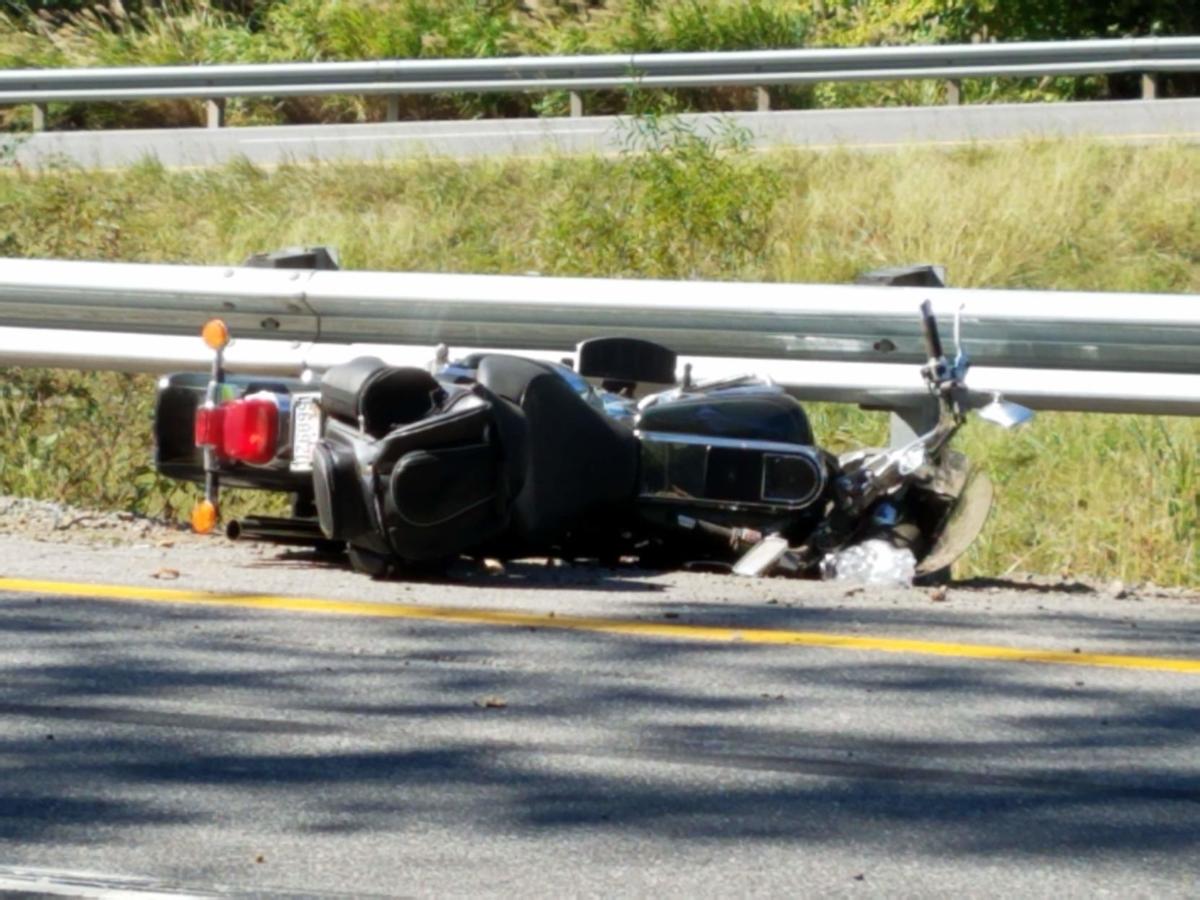 A motorcycle lies against the guardrail.

A motorcycle accident causes a delay in traffic on U.S. 220 northbound just south of Martinsville.

The driver was injured when a motorcycle struck the guardrail on U.S. 220 northbound near Draper’s Florist in Henry County.

The driver was wearing a helmet, and his injuries were not life-threatening. His name has not been made available.

A man at the scene who identified himself as a cousin of the victim said it appeared the driver had “broken his arm.”

The cause of the accident remains under investigation.

He was a sports star at Martinsville High School, a beloved dentist and a key figure in returning live music to the area.

A motorcycle lies against the guardrail.

A motorcycle accident causes a delay in traffic on U.S. 220 northbound just south of Martinsville.