Alessandro Anzalone has over 28 years of experience in higher education. He began his career in 1993 as a faculty member at the Universidad Nacional Experimental Politecnica Antonio Jose de Sucre, in Venezuela. After earning his doctoral degree, he became an associate chair in the Chemical Engineering Department of the Polytechnic University of Puerto Rico in 2005. In 2006, he became the Director of Sponsored Research for two years and then the Chair of the Chemical Engineering Department. Following this and until 2009, he served as vice president and president of the International Society for Pharmaceutical Engineering Puerto Rico Professional Chapter. He then moved to Hillsborough Community College as Program Chair, Engineering Technology. In 2015, he rose to become the Dean, Associate in Science Programs. From 2019 to 2021, he served as the interim President of Hillsborough Community College’s Brandon Campus. Anzalone earned his bachelor’s at the Universidad Nacional Experimental Politecnica, Antonio Jose de Sucre, his master’s at New York University and his doctorate at the University of South Florida.

Jermaine Ford has 14 years of experience in higher education. He started his career in 1994 at DePaul University in the Access Services Department. From 1999 to 2012, Ford worked in private industry at Ready Computer, Global Ink and Accessories, and Sustain Technology, Inc. In 2012, he returned to higher education at Moraine Valley Community College in Illinois as the WIA Youth Worksite Manager for one year. He then became a Business Services Consultant at the same institution. In 2015, he moved to South Louisiana Community College first as the Director of Corporate College, then in 2016 as the Associate Vice President, Workforce and Economic Development, and finally in 2019 as the Vice President, Workforce and Economic Development, the position he currently holds. Ford earned his associate degree from Moraine Valley Community College, his bachelor’s from DePaul University and his master’s degree from the University of Phoenix. He earned his doctorate from Grand Canyon University.

James “Greg” Hodges has 17 years of higher education experience. He began his career in higher education in 2004 as an assistant professor on Education Assisting at Patrick Henry Community College. In 2007, he became the Assistant Dean of Arts, Science and Business Technology. Following this, he moved into the Dean of Developmental Education and Transitional Programs role. Two years later, he became the Dean of Academic Success and College Transfer. In 2016, he rose to become the Vice President of Institutional Advancement, Effectiveness and Campus Life. One year later, he became the Vice President of Academics and Student Success Services, the position he holds today at Patrick Henry. He has been an Achieving the Dream Workforce and Leadership Coach since 2017. Hodges earned his bachelor’s degree at the College of William and Mary. He holds two master’s degrees, one from Bethany Theological Seminary and the other from the University of Phoenix. He earned his doctorate from Trident University International.

Tanjula Petty has been working in higher education for over 16 years. She began her career in 2005 as a Director and Retention Specialist for the Title III Institutional Grant at Vernon College in Vernon, Texas. Two years later, she joined Pensacola Junior College as the Director of the Institutional Quality Enhancement Plan. Following this, Petty became the Director of Education and Outreach at Tuskegee University in Alabama. In 2014, she joined Trenholm State Community College as the Dean of Instructional Services for a year before moving to Albany Technical College as the Vice President for Academic Affairs. Following this, she became the Assistant Provost of Academic Affairs for Alabama State University in 2018, and the Assistant Provost for Student Success and Special Initiatives in 2020, the position she currently holds. Petty earned her bachelor’s and master’s degrees from Troy State University and her doctorate from Alabama State University.

These biographies were provided by the State Board for Community Colleges.

These biographies were provided by the State Board for Community Colleges.

These are the candidates to replace Angeline Godwin, who is retiring later this spring.

UPATED: Four finalists named to be the next president of Patrick Henry Community College

They come from Florida, Louisiana, Alabama and from within PHCC.

These forums allow the general public to observe the candidates and hear answers to submitted questions.

Tanjula Petty said she has a “dual leadership approach” to be “a servant-leader as well as a transitional leader.”

PHCC Vice-President Greg Hodges said he wants the presidential job because he specifically wants to stay at PHCC and in the area. 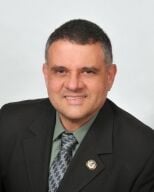 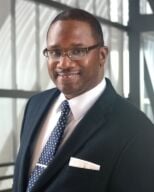 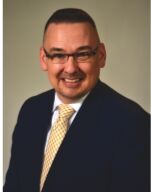 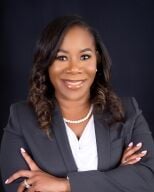