The Baldwin Building, the home of New College Institute, now officially belongs to the Commonwealth of Virginia, which paid $7.5 million to the New College Foundation.

Meanwhile, NCF, the foundation created to support the vision of NCI, remains quiet about what it plans to do with the money or what its future role with NCI would be.

The Baldwin Building, a 54,000-square-foot facility in Uptown Martinsville that also houses the Martinsville-Henry County Economic Development Corporation and the Visitors Center, was funded by grants from The Tobacco Region Revitalization Commission, federal and state governments, The Harvest Foundation and corporate and individual donations. The New College Foundation accepted and retained ownership of the building because it was a recipient of that grant funding.

“The building was bought for the purpose of NCI, despite the fact that the deed is titled to the Commonwealth of Virginia,” NCI Interim Executive Director Karen Jackson said. “We’re the assigned entity.”

NCI will not have to contribute to the purchase price – no loan repayment, mortgage payments, rent payments or the like, she said — and will have full use and control of the building without cost.

NCI had been paying about $383,000 a year in rent, which included some utilities except for phone, and will continue to pay for the utilities listed under the former arrangement. There also will be payments for maintenance and upkeep, Jackson said.

“Now NCI has to absorb these costs,” she said. “We have to absorb all of those ancillary responsibilities.”

The net earnings from the sale of the Baldwin Building and other NCF investments will go towards “continuing to provide financial and other support to the New College Institute (NCI) for the dissemination of education,” NCF Chair Simone Redd stated in a press release. But the release did not elaborate about how NCF would provide support, and Redd could not be reached for comment.

NCF Executive Director Kevin DeKoninck, reached Tuesday by telephone, said he would not answer any questions about the property transfer or NCF or NCI, but he promised a press release in a day or two that would provide more information.

“There are a lot of parties involved,” he said.

But the relationship between the foundation and the school has been chilly in recent years.

The NCF stopped paying NCI’s lobbyists in Richmond in December 2016, with officials saying they were unclear about the schools’ direction. By June 2017 NCF officials said they had budgeted nothing for the institute for the upcoming fiscal year and only set aside $1,000 toward NCF’s own fundraising efforts.

In August 2017, NCF’s then-executive director, Deborah Kaufman, sent a letter to state Del. Chris Jones, chair of the state House Appropriations Committee, saying the institute’s board of directors had adopted an “adversarial relationship” with the foundation. It stated that the foundation’s board did not take action on a funding request by NCI’s board “due to the belief that it would be fiscally irresponsible to provide funding without accountability.”

“We all look forward to having a bright future together and to having a more traditional relationship with the foundation, between NCI and NCF,” Jackson said. “We’re certainly hoping that involves renewed support for NCI. My hope is that, yes, that’s the case.”

In the past year, NCF has worked with NCI toward the sale of the building, Jackson said, and also “on a scholarship program.” The foundation also “partnered with us on a couple of grants.”

Now, she said, NCI and NCF are “well-positioned to have a more traditional relationship and a very collaborative relationship going forward.”

“Since becoming chairman of NCI nearly four years ago, when some in our community had given up on the future of the institute, our board of directors dedicated itself, as an essential part of the school’s long-range plan, to bring ownership of its building back into the hands of our Virginia citizens,” state Sen. Bill Stanley (R-Salem) said in the release. “That goal has now been realized. Today, as NCI finally obtains ownership of the building on the historic Baldwin Block, this milestone stands as a testament to the permanent and everlasting commitment by the Commonwealth of Virginia to the economic revitalization of Southside Virginia.”

Said Joe Damico, director of the Department of General Services, in the release: “DGS real estate professionals leveraged their knowledge of the real estate market to determine a purchase price fair to all parties. In addition, their skill and ability to negotiate and process an intricate real estate transaction successfully will enable NCI to continue to operate from its prominent educational facility in the heart of its southern Virginia community.”

UPDATED: New College Institute's board announces completed deal to purchase the Baldwin Building -- but the foundation and city of Martinsville aren't sure about that

The Baldwin Building, home of New College Institute, may have been sold — depending upon whom you ask.

The Building on Baldwin — the home of New College Institute — appears to be close to being sold.

New College Foundation to state: $10.5 million is price for Baldwin Building in Martinsville

New College Institute board to discuss further its relationship with foundation

New College Institute seems  to be going through a personality crisis, with the staff and the board at apparent odds as to the direction the s…

The Baldwin Building on Fayette Street in Martinsville is home to NCI. The state’s purchase of the building from New College Foundation has been finalized.

In Bulletin photograph taken in 2014, taking part in the ribbon-cutting for the New College Institute’s building on the Baldwin Block are (from left) NCI Executive Director William Wampler; New College Foundation board Chair Kimble Reynolds Jr.; NCI board Chair George Lyle; the Rev. Thurman Echols; 5th District U.S. Rep. Robert Hurt; Willie Taylor of the U.S. Economic Development Administration; NCI student Marvin Norman; and Leanna Blevins, NCI associate director and chief academic officer. The sale of the building to the commonwealth puts the building now in NCI’s control and out of the hands of the New College Foundation. 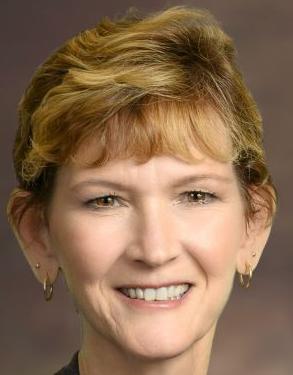