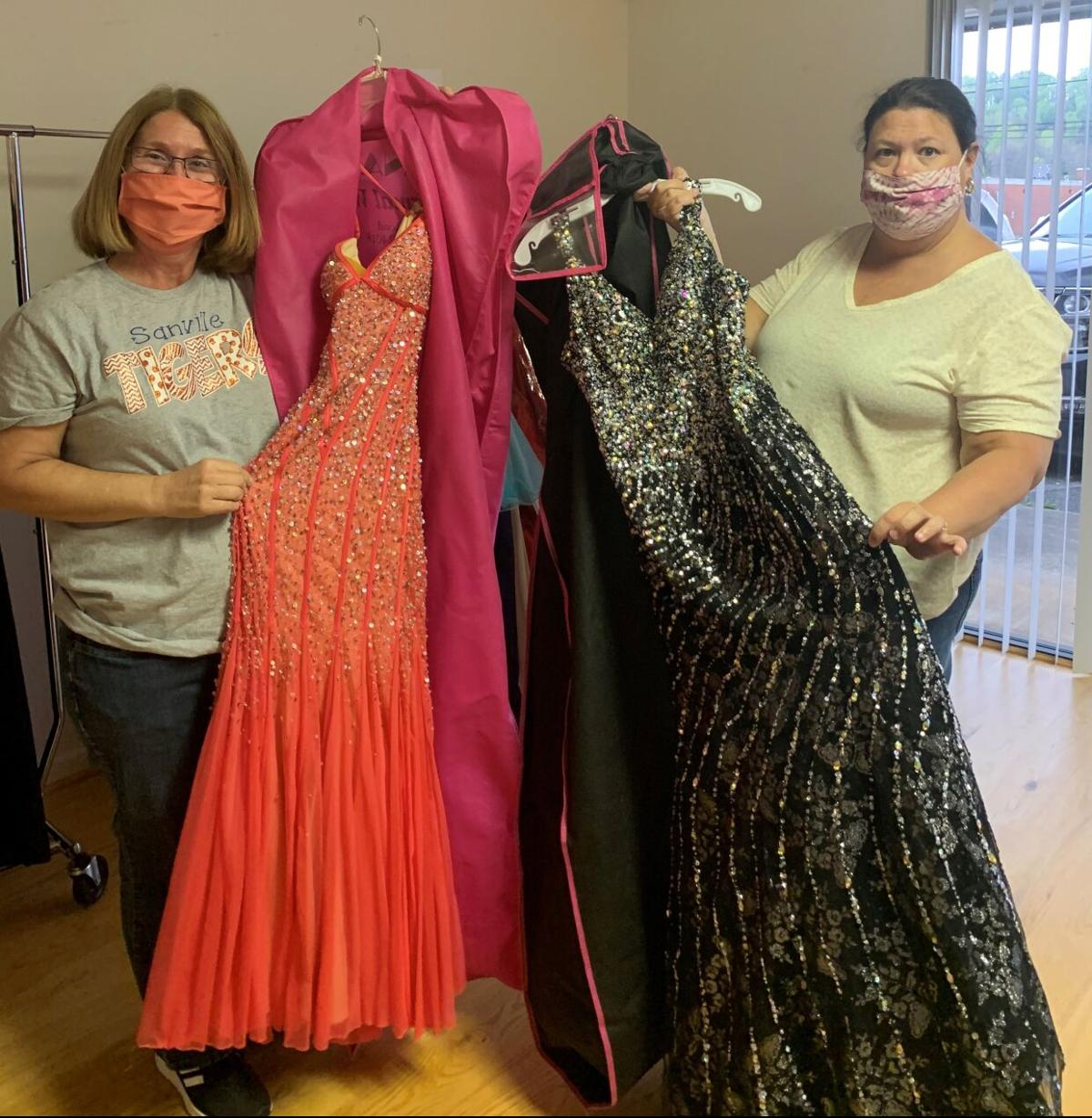 Bassett Bengal Community Prom volunteers Edrie Cook (left) and Sandy Gary show some of the prom dresses that people have donated during a dress drive. 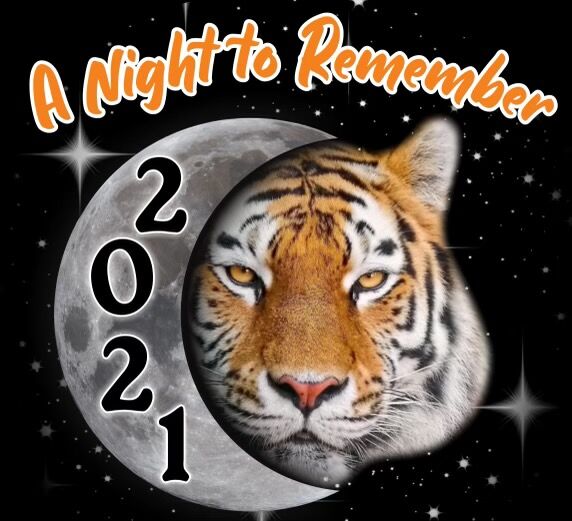 Henry County Public Schools are not having proms this year, because of pandemic restrictions, so parents are throwing them independently, such as the Bengal Bassett Community Prom on Sunday, May 2, in Eden, N.C. 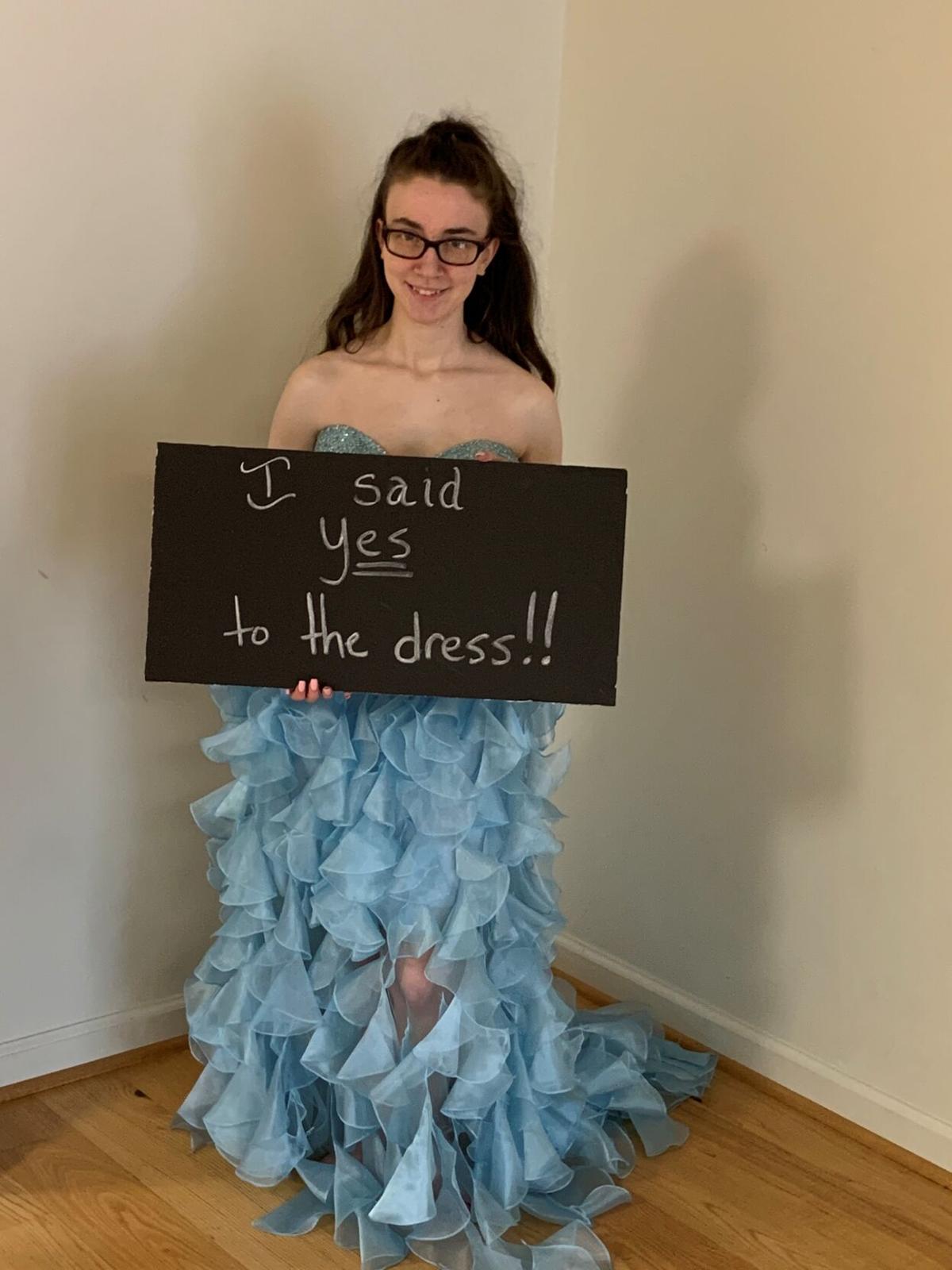 Though most area high schools are not holding proms because of Virginia's pandemic restrictions, Bassett High School senior Merrie Graham still will get to experience this milestone -- because of the volunteer-coordinated Bengal Bassett Community Prom for BHS students and guests.

The prom must go on – even if it means crossing the state line to make it possible.

And that’s what groups of parents and other volunteers are doing for this year’s high school juniors and seniors. Virginia pandemic restrictions still don’t allow indoor gatherings big enough for proms, but North Carolina’s do.

The first of the parent-led proms, not affiliated with any school, is the prom for Patrick County students. It will be Saturday at Luna’s Trail Farm & Event Center in Westfield, N.C., about half an hour southwest of Stuart.

The Bengal Bassett Community Prom, billed as “a community prom for juniors and seniors attending Bassett High School,” will be May 2, at Wright Memorial Center in Eden, N.C. Tickets are $15 per student.

The Warrior Community Prom, with the theme “Under the Stars,” will be held May 16 at Wright Memorial Event Center. Tickets are $20 per Magna Vista High School student and guest.

There is no known parent-led prom for Martinsville High School, which leaves those kids without – and some parents fuming.

“I think it’s ridiculous,” said Elizabeth Wotring, parent of a MHS senior. “Our seniors have missed everything. We don’t even know when graduation will be if it will be.”

Martinsville is having an outdoor graduation — Superintendent Zeb Talley said as much during Monday night’s school board meeting — but he also said there would be no prom.

Meanwhile, it appears that the only school in the region aiming to hold a school-sponsored prom is George Washington High School in Danville. However, just how that can happen remains a mystery, even to its coordinator.

“I am trying to come up with something so that at least the seniors will be able to have a prom this year, but nothing is definite at this time nor has anything been decided,” said Hope Bowling Adams, the prom coordinator and social studies teacher/department co-chair, by email. “We are still in the planning stages.”

She added that she think it’s possible to have a prom “if we plan it correctly. Whether this means we have it outside or only allow a certain number in at a time, I am not sure yet.”

Meanwhile, the Pittsylvania County schools superintendent has said there would be no prom for county schools.

And that’s the stance taken in Henry County, too.

“Per Governor Northam’s executive orders, recommendations from VDH, and CDC guidelines, the school division is not hosting prom,” Henry County Public Schools spokesperson Monica Hatchett wrote in an email. “These gatherings would be restricted to fewer than 25 participants who must remain distanced, which does not lend itself to a traditional prom.”

The North Carolina state pandemic guidelines, stated on nc.gov/covid-19/staying-head-curve, are under Executive Order 204, effective from March 26 until at least April 30. They increase indoor mass gathering limit to 50 people and the outdoor mass gathering limit to 100. The maximum occupancy limit for places including reception venues and “other live performance venues” is 50%.

The prom for Bassett students got its start at First Baptist Church in Collinsville.

“Shirley Craven … approached me and a couple of other ladies concerned about the mental health of youth,” said Sherry Flanagan, one of the prom’s coordinators. Craven was concerned about the impact of the “milestones they were missing and what we can do” to help them recapture some of those special moments of growing up.

Some of the women of the church thought they could host a small, local event that would fit within the guidelines, Flanagan said, but the scope grew quickly.

“Everything started falling into place,” she said. “We had 30 volunteers in a heartbeat.”

They got discouraged with the Virginia limits, and just on a whim “I googled Eden, N.C., event center,” Flanagan said – and was surprised to find the solution.

The prom can be held at Wright Memorial, following measures such as taking the temperatures of attendees, mask-wearing and social distancing.

“I said, we’re going to take it ‘Footloose’-style and go across the state lines,” she said, referring to a 1980s movie about a prom being staged independently because dancing had been banned in the town.

It’s called the “Bengal Community Prom” to make it clear it’s not a school-affiliated event, she said.

“People have come out of the woodwork to participate, help, donate, do whatever they need to let this happen for the kids,” she said.

She and others asked for help from longtime After-Prom event coordinators Kim Sprouse and April Crowder. Sandy Gary also is a main volunteer. Leanne Bray is coordinating the decorations. Rachel Kancherla coordinates the volunteers.

Gotcha Covered, owned by Rebecca Watson, donated 20 gowns and also pledged a $10 donation to the prom from every county high school student who rented a tuxedo there.

Alex Crowder designed the logo for the prom: Against the background of a black sky with stars is a crescent moon with “2021,” most of the face of a tiger beside it, and the theme “A Night to Remember” written in orange above.

Promotion was made through word of mouth and social media. Adkins Construction, where Craven works, let them use a vacant building in Collinsville Plaza. There, they registered students, sold tickets and coordinated a gown giveaway.

The registration form lists the same rules and guidelines the school proms traditionally have, she said: The Bengal Community prom is open to Bassett High School juniors and seniors, each of whom can bring one guest no younger than ninth grade and no older than 20 years. Students had to show proof of their identity when they registered.

About 75% of the teenagers registered to attend are from BHS, she said, with a smaller amount being their guests, usually from Martinsville High School or Magna Vista High School.

People dropped off dozens of prom dresses there. They are sorted by size on racks around the room. Girls were able to try on gowns before making their selections.

“If you’re a kid and you need a dress, come and get it,” Flanagan said. “That’s what this is for. We’ve had used dressed, dresses with tags on it, more dresses coming.”

The community has come through with a myriad of other donations, too, enough that each student who attends will get a gift bag plus win a door prize.

Though the registration period is closed, any student who missed that time is welcome to email bengalprom2021@gmail.com to try to make arrangements, she said.

Susan Edwards is coordinating the prom for Patrick County Students. Joy Large is coordinating its fundraising; donations can be made to the “PC Prom by Parents” account at Surrey Bank in Stuart and over “Help Patrick County Parents give the 2021 prom” on GoFundMe, which so far has raised $895 from 12 donors.

“Everybody needs this,” Flanagan said. “Even I have needed it, for my own mental health to get back out there feeling some sort of normal —” even though her kids aren’t in high school – Isaac in in seventh grade at Fieldale-Collinsville Middle School, and Lacey is at Ferrum College.

This year’s seniors, who were juniors last year, didn’t get a prom, “and if they didn’t get it this year they would have never had a prom. Those are just huge life milestones and things you can’t get back.”

Bassett Bengal Community Prom volunteers Edrie Cook (left) and Sandy Gary show some of the prom dresses that people have donated during a dress drive.

Henry County Public Schools are not having proms this year, because of pandemic restrictions, so parents are throwing them independently, such as the Bengal Bassett Community Prom on Sunday, May 2, in Eden, N.C.

Though most area high schools are not holding proms because of Virginia's pandemic restrictions, Bassett High School senior Merrie Graham still will get to experience this milestone -- because of the volunteer-coordinated Bengal Bassett Community Prom for BHS students and guests.