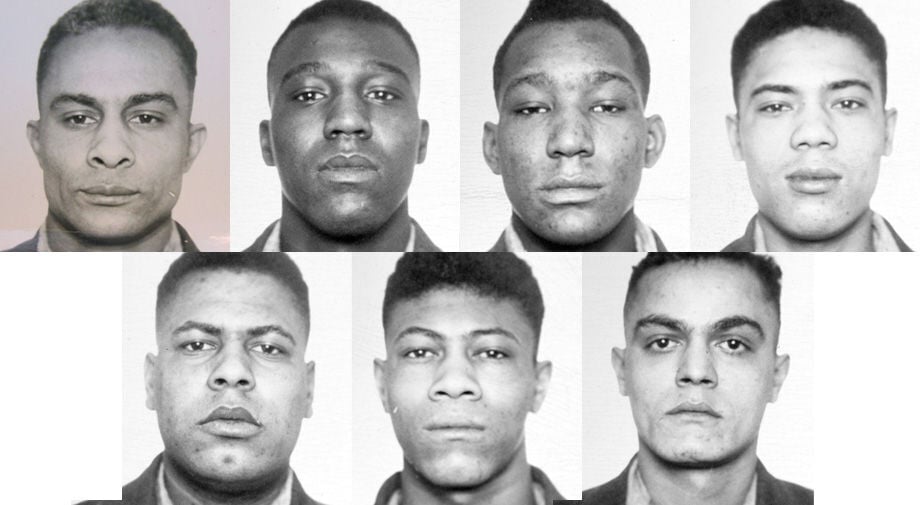 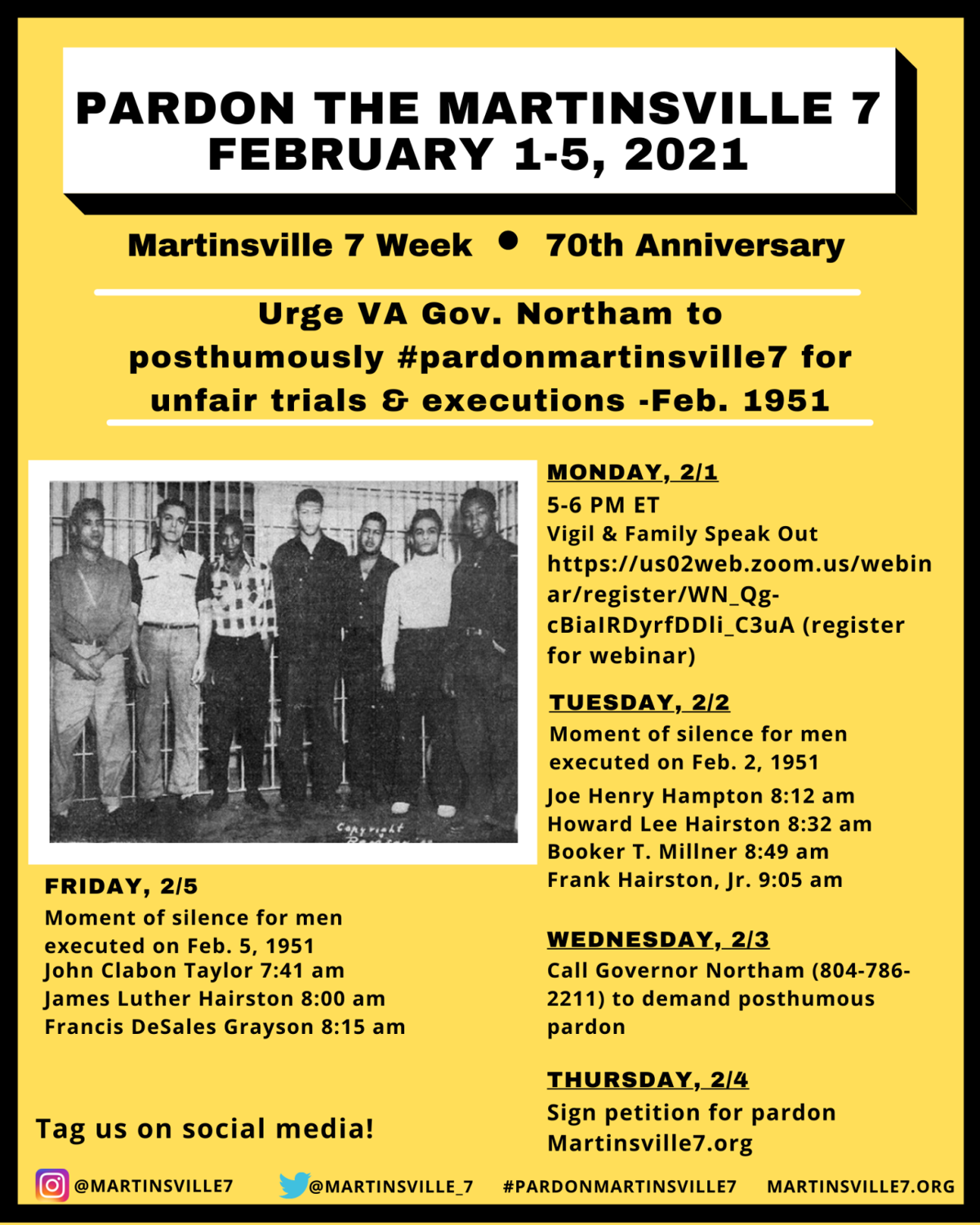 Several events are scheduled next week marking the 70th anniversary of the executions of seven men — four on Feb. 2 and three on Feb. 5, 1951 — for the rape of a Martinsville woman.

The Black men, known as the “Martinsville Seven,” died in the electric chair at the former Virginia State Penitentiary in Richmond for the 1949 rape of a 32-year-old white woman, the largest group execution for a single-victim crime in Virginia history.

In the days and weeks preceding the executions, pleas for mercy flooded Richmond from around the world. There were marches and demonstrations including a vigil at Capitol Square in Richmond.

Advocates are asking Gov. Ralph Northam to posthumously pardoned the seven men. The request does not argue innocence, but questions the fairness of their trials and cites the injustice of the execution of seven Black men for a single rape, a crime for which whites were not being executed at the time.

A “70th Anniversary Vigil & Family Speak Out,” from 5 p.m. to 6 p.m. Monday will feature several relatives of the men. The public is invited to attend via Zoom. Those wishing to participate can sign up at https://us02web.zoom.us/webinar/register/WN_Qg-cBiaIRDyrfDDli_C3uA

On Tuesday, supporters are urged to call Northam’s office, 804-786-2211 to back a posthumous pardon and on Wednesday asked to sign a petition supporting the pardon at https://www.change.org/p/ralph-s-northam-governor-northam-posthumously-pardon-the-martinsville-7?use_react=false

Frank Green is a reporter for The Richmond Times-Dispatch. He can be reached at fgreen@timesdispatch.com or 804-649-6340.

WATCH NOW: Making a case for the 'Martinsville Seven'

In late 1950 and early 1951, seven Black men awaited death in Virginia’s electric chair in the rape of a white woman, drawing attention to Richmond from across the country and around the world.