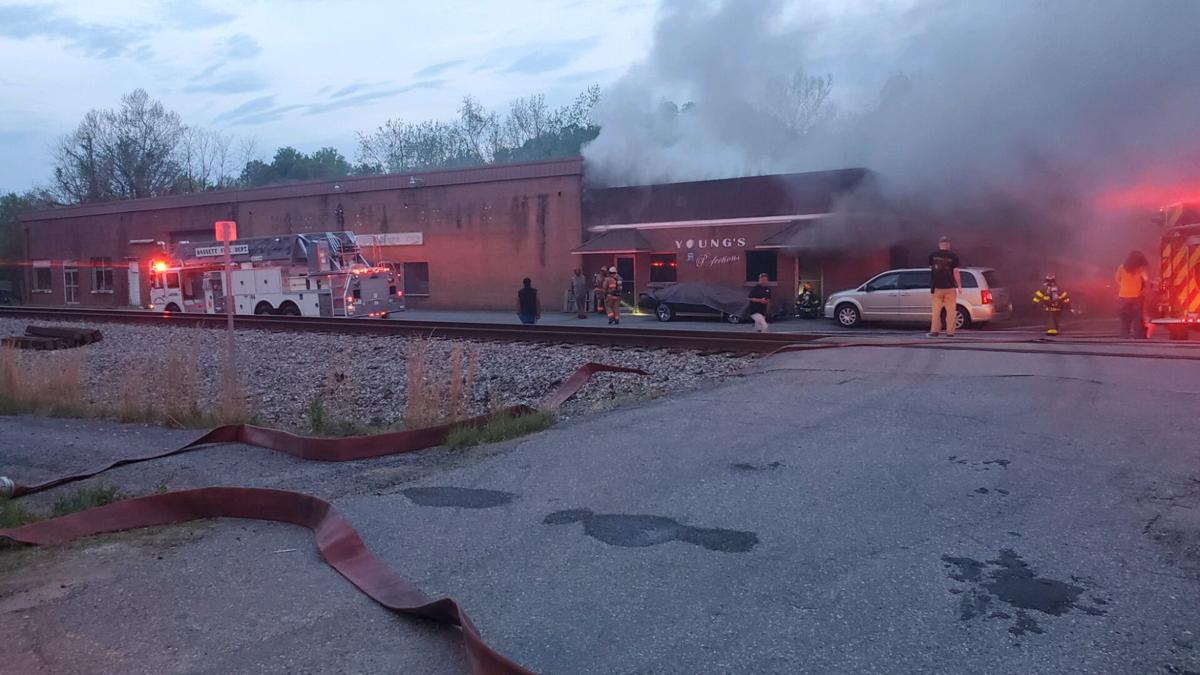 Fire breaks out on Sunday evening at a building across the street from Cunningham Tire in Bassett. 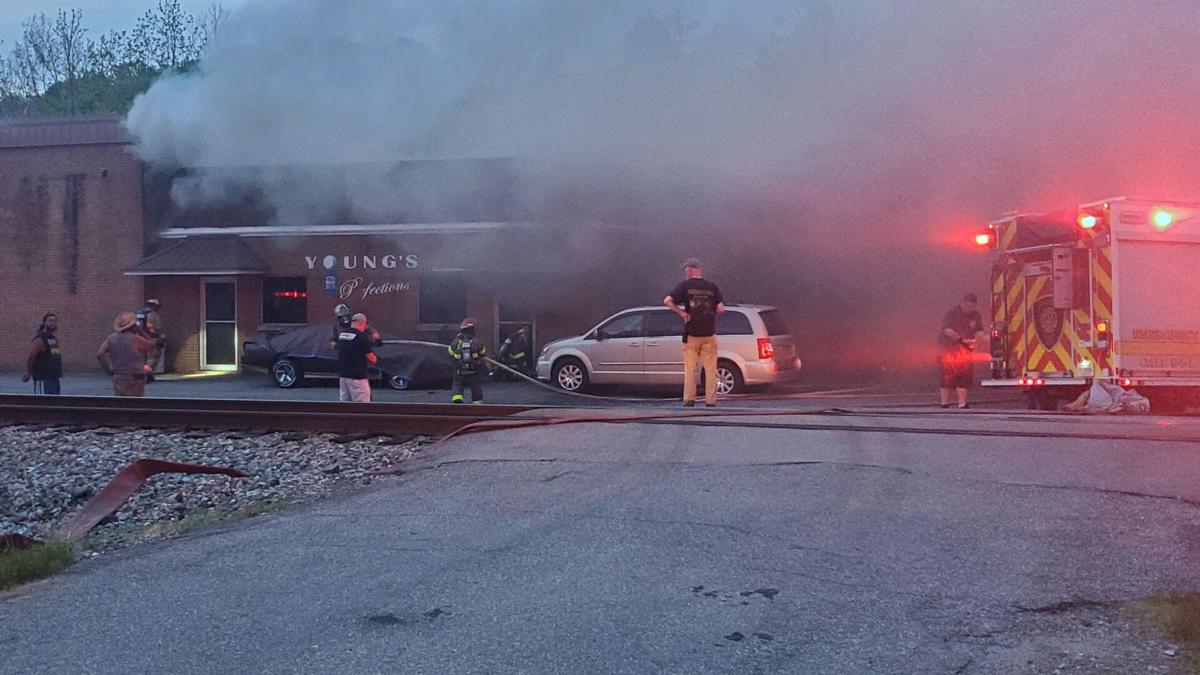 The Bassett Volunteer Fire Department arrives to battle the blaze. 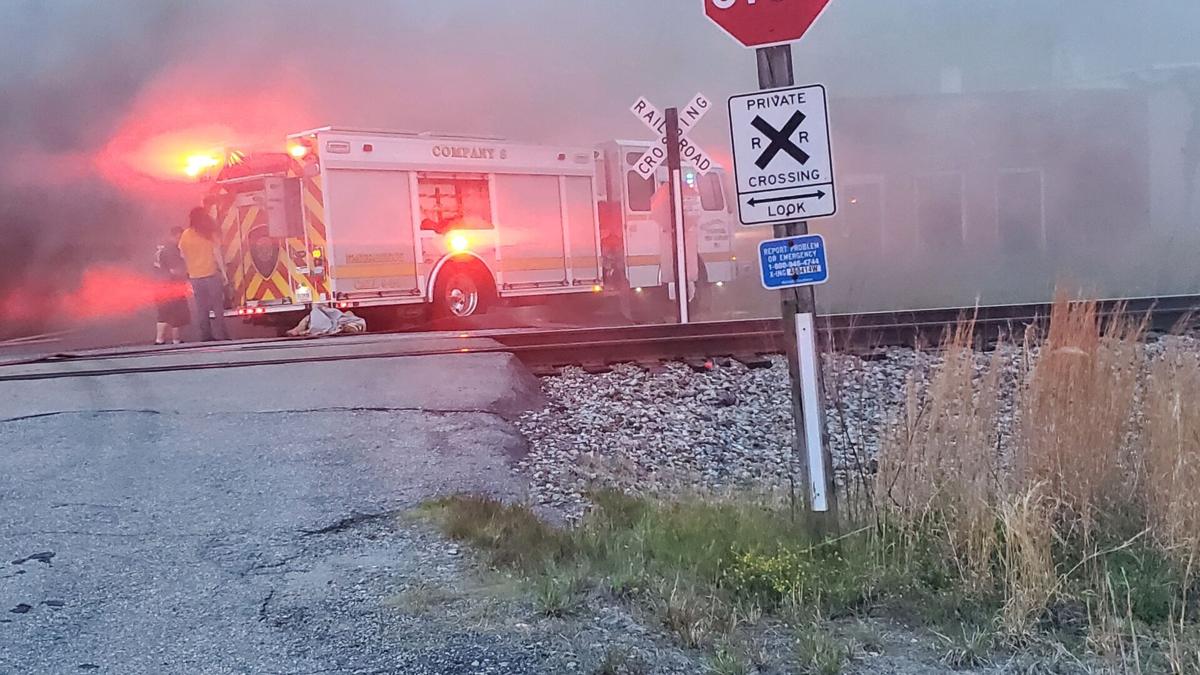 Multiple fire trucks were brought in to fight the fire just across the railroad tracks on Fairy Stone Park Highway in Bassett. 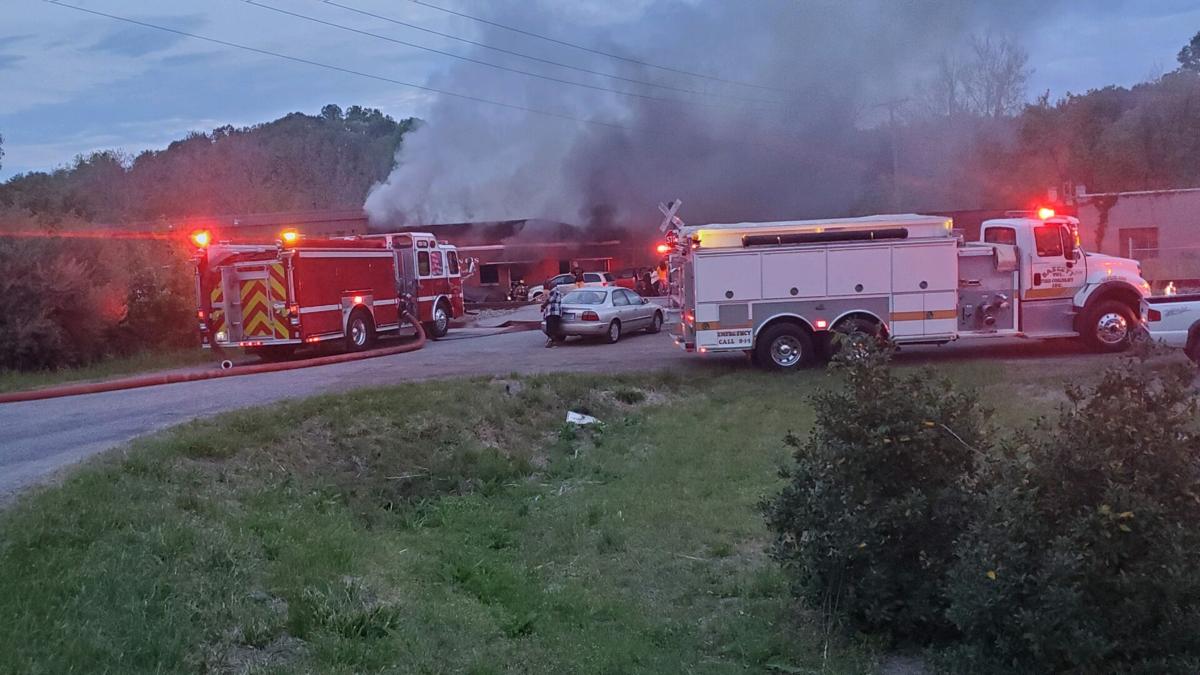 Shortly before 8 p.m. on Sunday, fire broke out at the former Young’s Perfections barber shop at 2003 Fairy Stone Park Highway in Bassett.

Nearby business operators said the barber shop had relocated about two years ago and that there were no current operations in that part of the building.

A firewall separated the barber shop from the rest of the structure and protected most of the building by preventing the fire from spreading.

Heavy damage to the roof of the building could be seen from across the street.

The building is located across the street from Cunningham Tire.

The building was not occupied at the time of the blaze, and no injuries were reported.

The Bassett Volunteer Fire Department did not immediately respond with a request for more details, but the Henry County Fire Marshall arrived on the scene around 11 a.m. on Monday to investigate the cause of the blaze.

No other details have been made available.

These ancient Moroccan granaries could be the world’s oldest banks

A state police release said an SUV crossed the center line and collided with the motorcycle.

Fire breaks out on Sunday evening at a building across the street from Cunningham Tire in Bassett.

The Bassett Volunteer Fire Department arrives to battle the blaze.

Multiple fire trucks were brought in to fight the fire just across the railroad tracks on Fairy Stone Park Highway in Bassett.