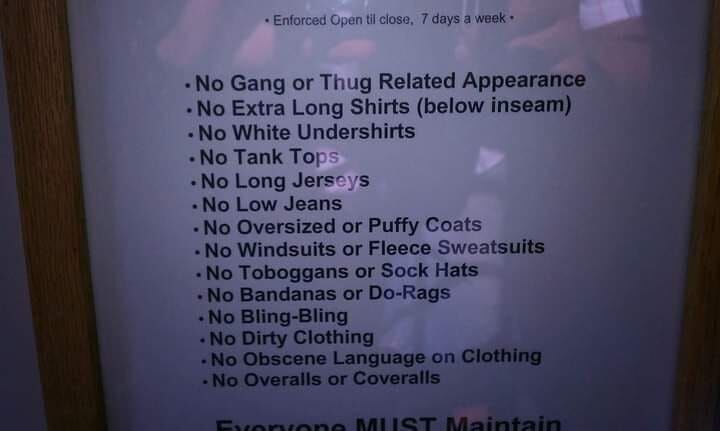 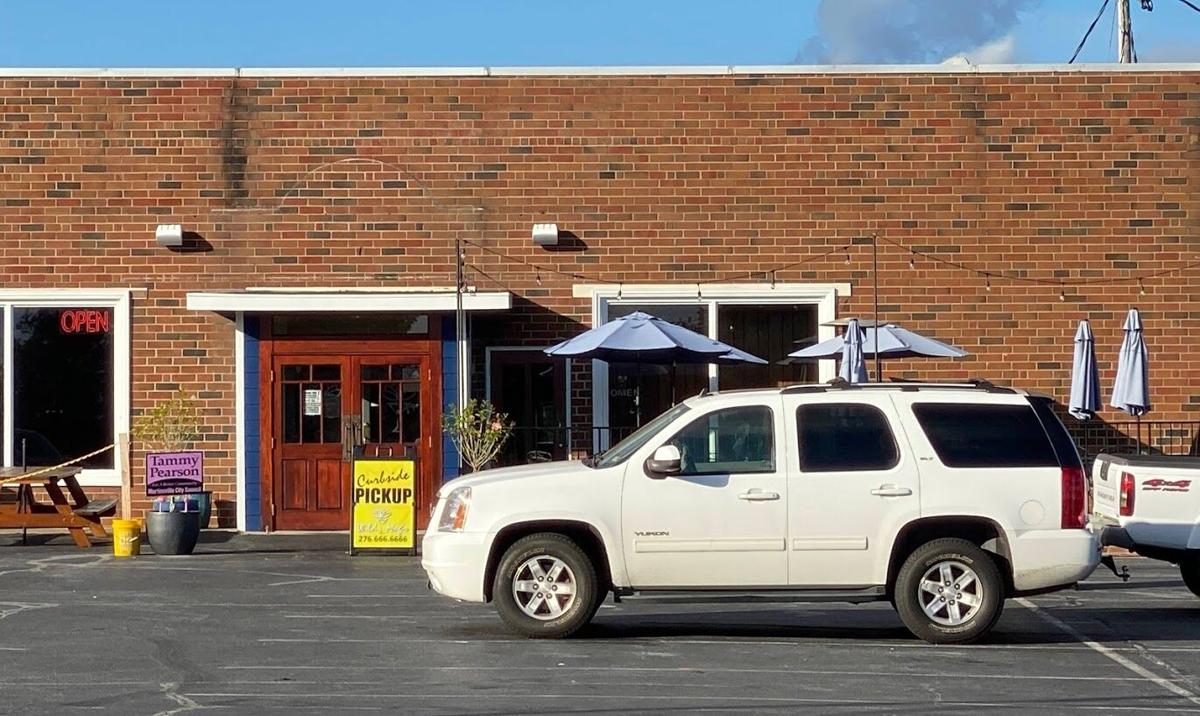 Entrance to Wild Magnolias on the backside of the Patrick Henry Mall. 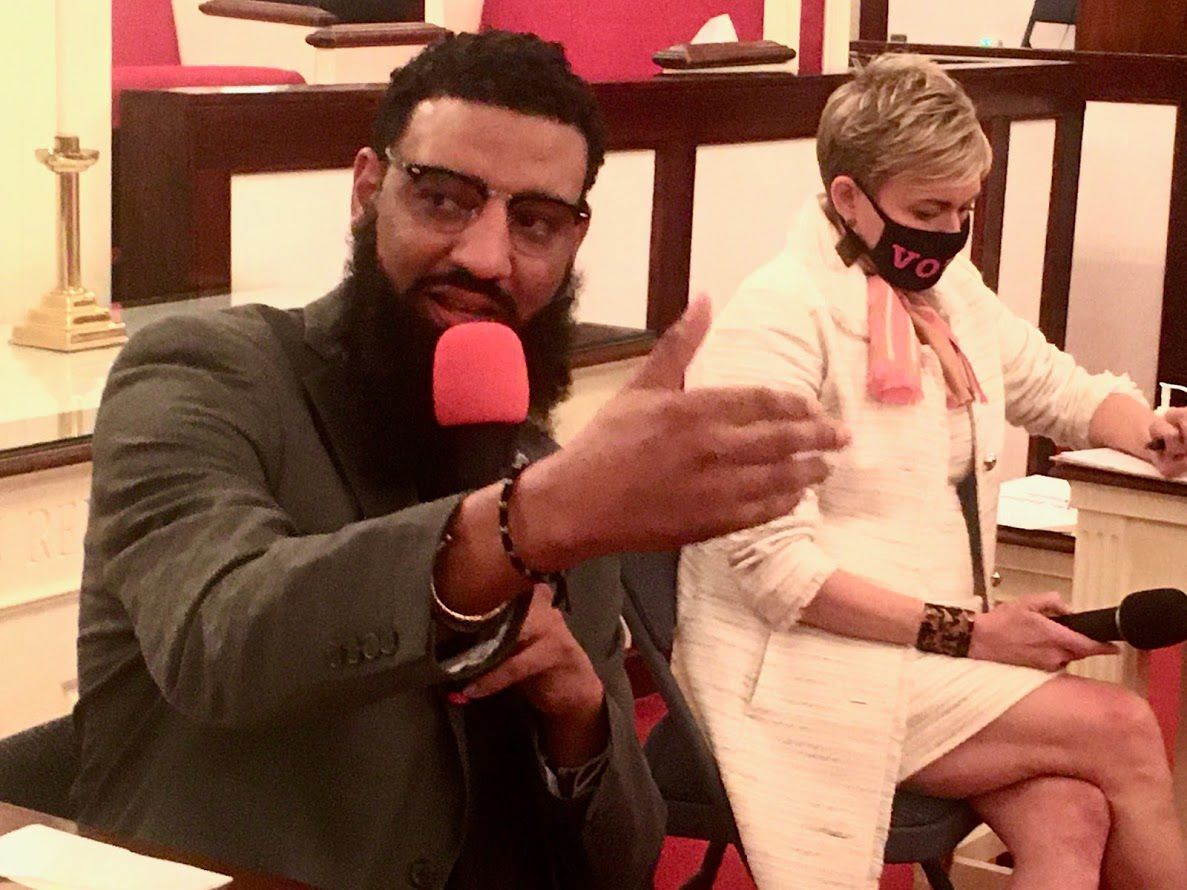 An incumbent candidate for Martinsville City Council has taken to social media to post claims of what he implied were racists policies at restaurants owned by a challenger for a seat on the council.

Martinsville Vice Mayor Chad Martin posted a picture on Facebook on Wednesday of what appears to be a restaurant dress code sign and captioned it, “When someone says BLM [Black Lives Matter] but this is their policy”… and “your vice mayor is still banned from going in.”

City Council candidate Tammy Pearson confirmed the sign, and another like it, was posted at Wild Magnolia’s Restaurant and Sportlanes, two restaurants owned by her husband, nine years ago. She said they since have been removed.

Tammy Pearson assists her husband, Will Pearson, in the operation of both of restaurants. Tammy Pearson also owns and operates Shindig, a restaurant in Uptown Martinsville.

“I’m really sad and upset that he [Martin] has resorted to such tactics two weeks before the election,” Pearson said. The picture is of an “old dress code from 2011, and we don’t have them anymore.”

Martin and Pearson are among five candidates for three positions on the City Council. Incumbents Kathy Lawson and Jim Woods and challenger Nelson Edwards are the others.

Pearson said about nine years ago there was “a lot of rough, disruptive behavior going on with the crowds” frequenting both establishments, and the signs were needed to “make sure both places were welcoming, safe and professional.”

Pearson said Martin approached her husband at the time, asking the sign be changed. Some of the dress items listed might appear to be focused on the dress of African-Americans.

“He listened and removed some of the [listed] items,” Pearson said. “He [Martin] continued to go after my husband.”

Pearson said the sign was reviewed by local NAACP President Naomi Hodge-Muse, and after a few modifications, she supported it.

“We had the backing of the NAACP,” Pearson said.

Martin admitted the photo was from 2011, but he says it is still relevant because he was banned from the establishments, and that ban is still in place.

“I’m the vice mayor of the city,” said Martin. “Imagine how it would look if I was meeting a new business, and they said, ‘We’ve heard of a restaurant, Wild Mags, let’s go there.’ And I have to give them this long litany of what happened.”

Martin says it started when he was tagged on a Facebook conversation about people having issues with being refused service at Wild Magnolias. He was invited to attend a meeting of about 15 people to discuss their concerns.

Martin also said he was witness to what he considered troublesome activity by the proprietors at Wild Magnolias—some patrons were charged a cover charge while others were admitted for free.

“I’ve seen firsthand they turned people away, people who were dressed well,” Martin said. “And the crazy thing—look at the dress code—Vernon always wore overalls on poker night, and they never said one word to him.

“Any respectable bar has a dress code, but the language—something as ostentatious as ‘bling-bling’—that leaves too much up to the interpretation for the owner. It could be my earrings or a telephone—an owner can exclude whoever they want.”

Martin said after the dress code was revised three times, he was banned from Wild Magnolias and Sportlanes.

Pearson agreed that Martin was not allowed on the property.

“He [Martin] was barred, not because of his ideas about the dress code,” Pearson said. “He was extremely disruptive at the businesses.

“Once he came to my husband’s apartment Uptown, my children were in the house, and he was very intimidating, and they were scared.”

That was when Pearson said she took out a no-trespassing order against Martin, and that applies to all of the properties owned by the Pearsons.

“This is one of the reasons I’m running,” Pearson said. “We need to stop tearing down our town and make Martinsville better.”

Said Martin: “It makes me really, really mad. She [Pearson] is being disingenuous. I don’t know where they live.

“She [Pearson] is running for City Council, and I take issue with someone who claims to be concerned about everyone at-large.”

Martin said he would have been glad to step-aside and not run for re-election, but he wants to make sure the two newcomers, Pearson and Nelson Edwards, do not get elected.

“They [Pearson and Edwards] are hand-picked by [council member] Danny Turner,” Martin said. “We know Danny to be a liar—he lied about the Hatch Act.

“If we had two people I can trust—I’d get off—but no—I don’t trust them to be in control of running Martinsville.”

Turner maintains he did not violate the Hatch Act, which prohibits elected officials from campaigning while on government property or serving in that capacity, when he volunteered to be a numerator for the Census while holding an elected office, and he said the spotlight should be on Martin’s actions and not who he might support for City Council.

“I condemn what Martin has done by posting a picture of a sign nine years ago,” Turner said. “It’s the lowest form of politics—it’s uncalled for and it’s designed to divide the people of Martinsville.”

Woods said he jokingly added to Martin’s post that at least Pearson didn’t ban leisure suits and that he hoped the sign would be taken down.

When informed the photo was of a sign from 2011 and was no longer used, he said he also hoped Martin would be invited back to Wild Magnolias.

“I took mine [Facebook comments] down posthaste,” Woods said. “People’s ideas change, and I’m glad that was done.”

Said Lawson: “I am not a proponent for any type of negativity towards any candidate. We have to be cheerleaders for our community, and promoting positivity is how we move forward.”

The amounts are based on a formula, and uses for those dollars are restricted.

Collinsville residents express concerns about bonuses to school board, reversion

The public can ask questions at a town hall scheduled for Thursday night.

Patrick County set to increase sales and use tax on Thursday

The tax was approved overwhelmingly by voters in November.

Entrance to Wild Magnolias on the backside of the Patrick Henry Mall. 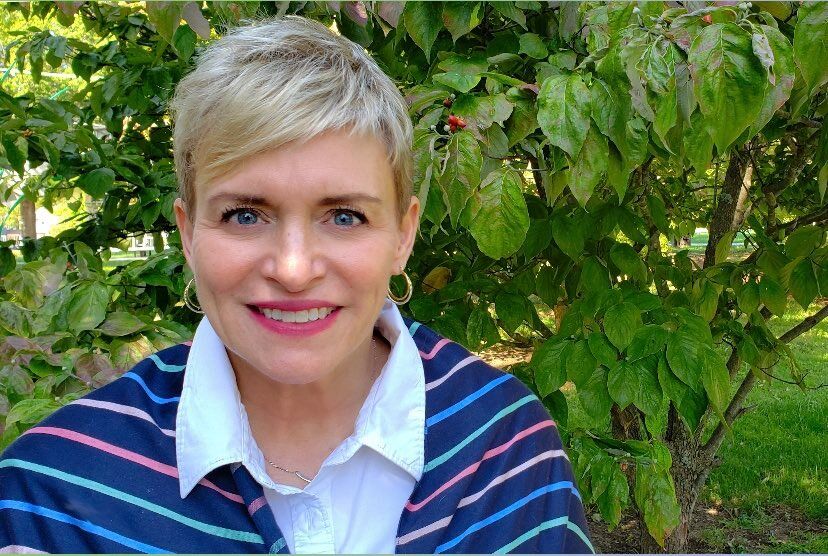