Bills vs. Chiefs: Updates and scores from the NFL playoffs

The vote was 4-1 with newest council member, Tammy Pearson, casting the only dissenting vote.

“As I’ve said before, I am not against the consolidation of some services with the county which could take place without reversion and again, I do not believe we should vote on the VSA at this time,” said Pearson at the meeting.

“We have 180 days from the time the Commission on Local Government (COLG) report was issued last month on Oct. 15,” she said. “Let’s use these days to gain citizen and subject matter expertise input into reversion as well as the memorandum of understanding and VSA. We’ve already heard form some citizens during the public hearings. Did we really listen? Did the council do anything differently based upon the citizens feedback and concerns? Not that I have seen.”

Pearson continued her argument during the discussion period just prior to the vote on first reading.

“If we move back the date of this first vote, this provides us the opportunity to suggest changes to the documents that are not just built upon what the council members and city attorney think are right but more importantly what the citizens believe is in the best interest of both Martinsville and Henry County,” Pearson said. “I know there were a few public meetings and a school meeting in the last couple of years; however, there should have been many, many more before any agreement was made with the county.

“Clearly, based upon the COLG public hearing and other venues, there are many citizens, including me, who feel we have done a disservice to our community by keeping so much of this behind closed doors in a non-transparent manner and we have not done a good job of engaging the public.”

Pearson followed her argument with a motion to amend the vote as presented.

“This is my 13th year on Council and I think this has been out there and anyone that wanted to know any facts already knows them,” said Turner. “I spoke to the Rotary Club and most of them were satisfied with the answers. The COLG looked at the time frame and said we can’t wait. We need to move on this.”

Council member Chad Martin asked City Attorney and Assistant City Manager Eric Monday how much it would cost the city to delay the vote as Pearson had requested.

“I would estimate in the $50-60,000 range,” said Monday. “I also think that given the fact we have already expressed to the county the need to approve this, we should do this at the same time. The county is proceeding with the adoption on the 23rd, so we should as well so that we are acting in good faith.”

Monday also suggested that delaying the vote until March might compromise the city and the county’s intentions to request the General Assembly for financial help with the process.

“We will be up against the General Assembly session, which could possibly change things,” he said.

Pearson’s request to amend the motion failed for lack of a second, and after adoption of the ordinance, she offered another opportunity to delay reversion.

“Even if you don’t want to move tonight’s vote, why must the second vote be held so quickly on Nov. 9?,” asked Pearson. “What’s the rush? At least take advantage of the 100-plus days to engage our community and, again, this gives us time to request changes.”

Pearson then moved to have the vote on second reading rescheduled from Tuesday to March and again the motion failed for lack of a second.

Once the voting was concluded, Mayor Kathy Lawson said a series of meetings had been scheduled to inform the public about reversion beginning Nov. 16 and continuing through Feb. 1.

“There are many questions, misconceptions and misinformation about the reversion process floating around our community,” said Lawson. “Martinsville City Council wishes to engage our citizens in a conversation about the process, to answer questions and to clear up the false information.”

Lawson said the meetings will be held informally in Council Chambers with council members and city staff present, and each meeting will last an hour.

“To ensure both an informal atmosphere and an opportunity for citizens to be heard, and to maintain health safety, these sessions will require pre-registration by name and address and will be limited to one dozen citizen participants for each session,” she said.

While Pearson said she supported Lawson’s plan of informing the public, it also had flaws.

“I am very disappointed these dates are scheduled after the second vote on Nov. 9 ... again, why? asked Pearson. “Why not push back the second vote and hold these meetings and many others before this vote takes place. We must have time to gain input and feedback from our citizens which has been largely missing during the reversion process.”

“This seems to defeat the purpose of educating and talking with all citizens,” Pearson said. “I understand you want it to be informal and you are concerned about health safety; however, let’s hold the first set of meetings in a larger venue instead of here. We just had the COLG meeting last month at NCI and there were many more than 12 people there.”

Pearson told the other council members that they were not only obligated to listen to the citizens, but to act based on the feedback they received.

“Are we scared of what our citizens will say? Are we worried we may not be right in everything we included in the VSA?” Pearson asked. “If we don’t push back the second vote, are we really serving our citizens or someone else?”

Monday provided a list of the meeting dates limited to 12 citizens. He said anyone may come, but preference will be given to city residents.

Anyone wishing to attend may email a request to town@ci.martinsville.va.us or by calling 276-403-5182 or 276-403-5280. Registration must be made by noon the day before each session and will be on a first-come, first-served basis. All sessions will be televised on MGTV-22 on Xfinity and linked to the city’s website the following day. 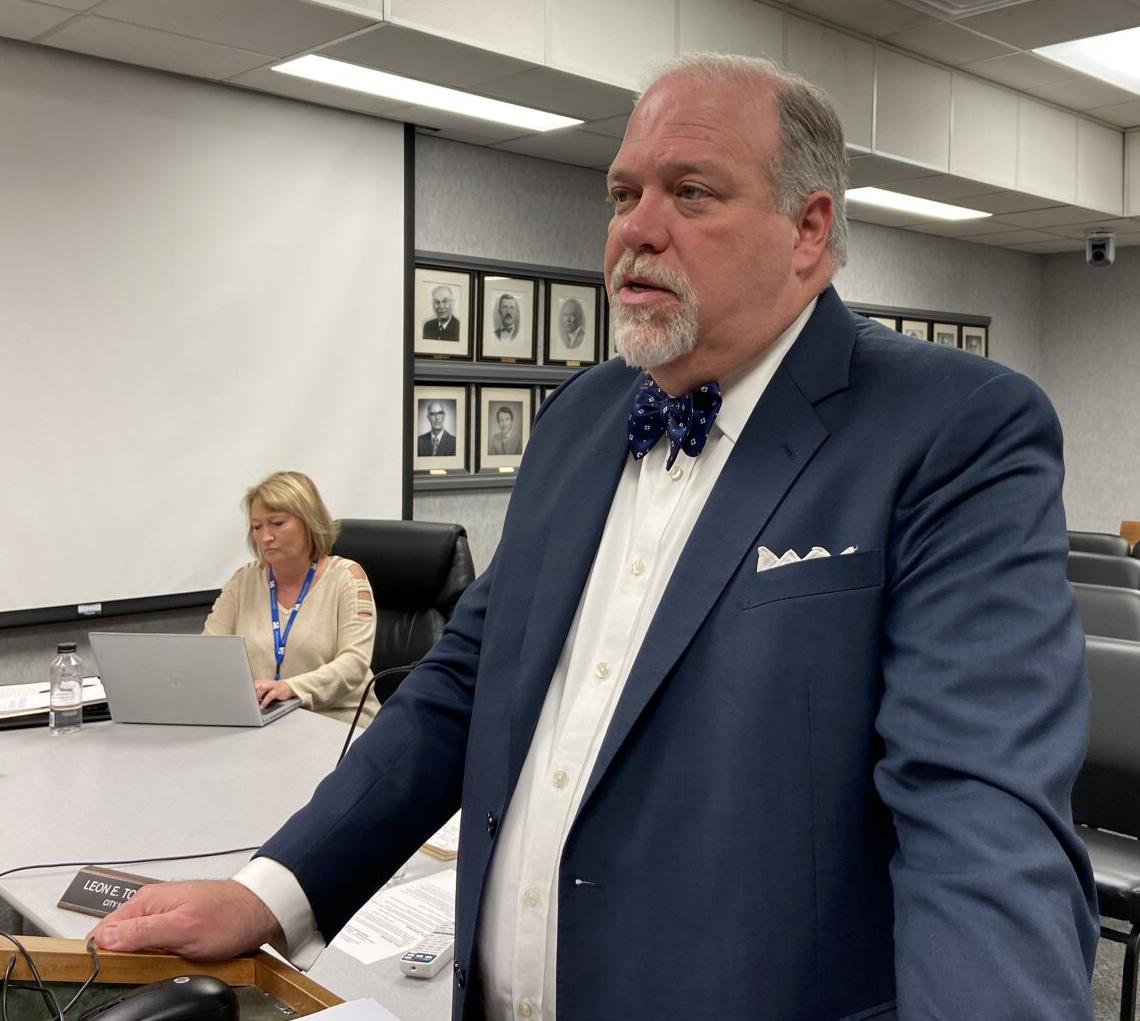 City Attorney and Assistant City Manager Eric Monday said a delay in voting for reversion Thursday night could cost the city as much as $60,000. 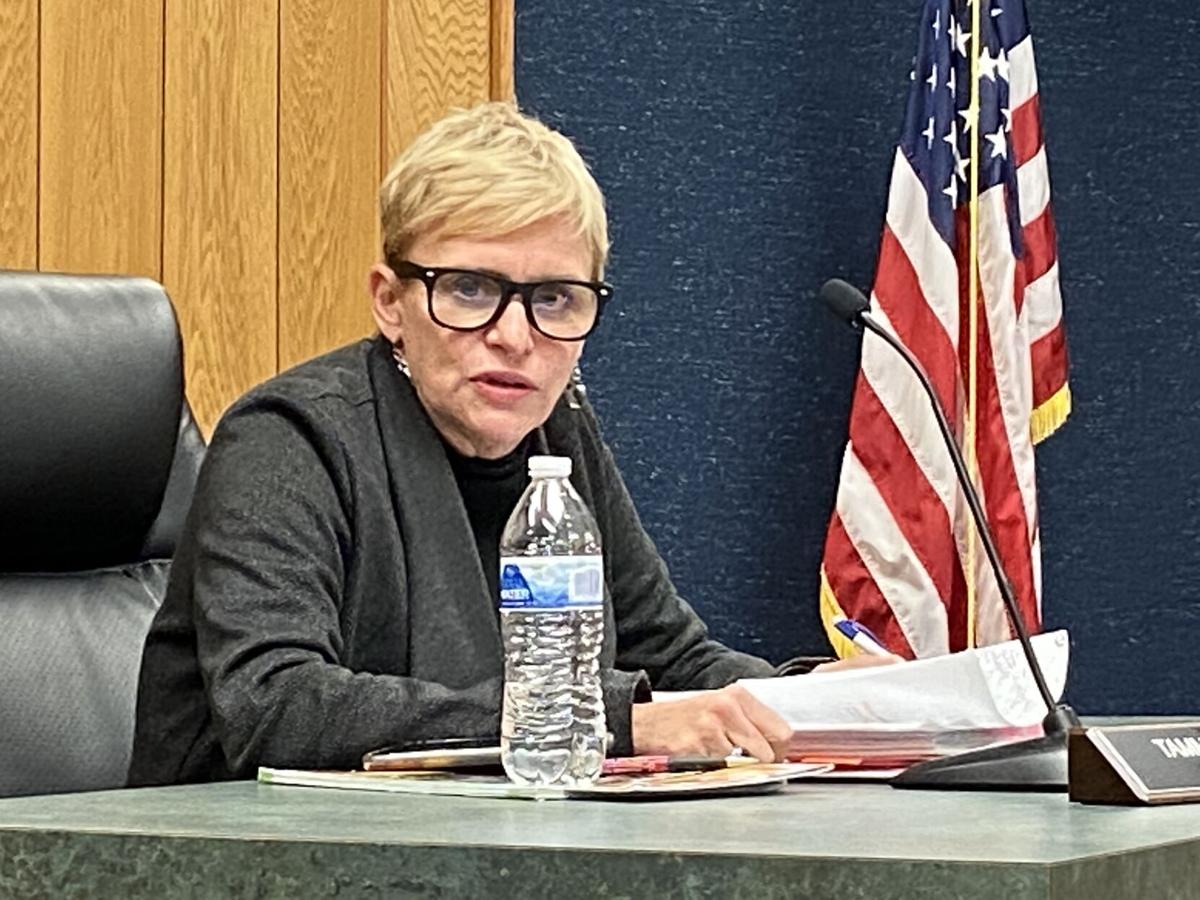