DANVILLE — Republican U.S. Senate candidate Daniel Gade spent Saturday morning at Danville’s Westside Diner meeting with residents and framing himself as a career servant — the opposite, he said, of Democrat incumbent Mark Warner, who he called a career politician.

As nearly 30 supporters and local GOP officials gathered for breakfast just more than two weeks out from Election Day, Gade, 45, told the story of his life, which centered on his extensive Army record and the 2005 explosion in Iraq that claimed his right leg.

After his injury, Gade said he had to “remake” himself because he wasn’t sure what he would do for a living. He ultimately decided on graduate school at the University of Georgia, where he received a master’s degree and a doctorate in public administration, and that set him on a path to still be a member of the military until he retired after 20 years in 2017.

“When I’m at a fork in the road, I always choose to serve,” he told Saturday’s assembled crowd. He since has served in George W. Bush’s administration, advising on veterans’ issues and military health care; taught at West Point, where he also attended; and he currently teaches at American University in Washington, D.C.

According to a Roanoke College poll of likely Virginia voters, Gade has some ground to make up in his race against Warner. The poll had Warner leading 55% to 38%. An internal poll conducted by Gade’s campaign this month shows Warner leading 51.3% to 44.2% with 4.5% undecided.

Warner, who is seeking a third term, has also outraised Gade to this point —bringing in nearly $12.8 million to Gade’s $3.4 million, as of Sept. 30, according to The Virginia Public Access Project.

Regardless of his current standings, Gade views himself as a strong choice for Virginians who may feel fed up with Warner’s representation through two Senate terms. Gade is a strong proponent of implementing term limits for the position, and he criticized Warner’s decision to run for a third despite also voicing his support of term limits during his failed 1996 Senate campaign.

“For people running for a third term or more, they’ve lost the sense of what it means to be a citizen,” Gade said.

Gade’s talking points and life story seemed to play well in a small room dotted with shirts and hats — and the occasional mask — bearing the name and various mantras of President Donald Trump.

Beth Pulliam, 39, of Pittsylvania County, brought her teenage daughter to the diner to help show support.

“I was very adamant about getting her up early this morning so we could go meet a future senator because I love his values and what he stands for,” Pulliam said. “We are from a military family, and I obviously respect him the highest. I think he’s going to be great, and he’s definitely for the people.”

“Everything he’s been through and he’s still fighting for the people,” he said.

In addition to wanting to infuse the Senate with new ideas, Gade said he also feels compelled to run because of what he described as the recent radicalization of the Democratic Party.

“What’s happened on the left is they have lost their doggone minds,” Gade said.

He spoke of the Democratic Party’s hatred for Trump, accused Democratic governors of mishandling their COVID-19 pandemic response and called the idea of defunding the police “insane.”

“We are all at a fork in the road because the left has embraced policies that are objectively evil, terrible policies,” Gade said. “It’s always been there, but now it’s out in the open.”

While also pledging to be an advocate for veterans’ issues and a smaller government, Gade believes he’d be a better advocate for Virginians still trying to recover from the pandemic’s economic effects. He chastised Warner for his vote against a recent relief bill.

“We’ve seen the economy falling apart,” Gade said. “We see families and schools unable to do the things they gotta do.”

Warner said in a September statement with fellow Sen. Tim Kaine that they voted against the bill because it did not provide enough rental assistance, child care support or paid sick leave, among other items.

Still, Gade sees Warner as a politician who has overstayed his welcome in the Senate. He doesn’t much care for his opponent’s voting record or much else about him.

When asked for anything in particular he admired or respected about Warner, Gade paused in thought for more than 20 seconds before finally answering.

“I don’t know. I’m unimpressed by most everything I see about him. I think he’s a weak man who serves himself and not the commonwealth,” Gade said.

Given more time to ponder an answer, he added: “He’s clearly smart. He’s clearly loyal in the sense that he’s 100% loyal to his party, and I guess if that’s what you’re looking for then you can admire that. One of the reasons I’m running is, frankly, because I’m unimpressed by his service and by who he is as a person, so it’s tough for me to say anything super loving toward him.”

Parker Cotton is a reporter for the Danville Register & Bee. You can reach him at pcotton@registerbee.com or 434-791-7985.

Parker Cotton is a reporter for the Danville Register & Bee. You can reach him at pcotton@registerbee.com or 434-791-7985.

The Henry County Board of Supervisors in a special meeting on Monday afternoon adopted the county’s fiscal year budget for 2021-22.

About a week ahead of Saturday’s GOP convention, Beth York, a convention delegate in Hampton Roads, remained undecided on which Republican should become the party’s nominee for governor.

The cost of reversion, though, could change that in coming years.

Discussion of an alternate traffic route through southern Henry County is shifting focus. Now that the preferred route has been settled, funding for the project is being sought. 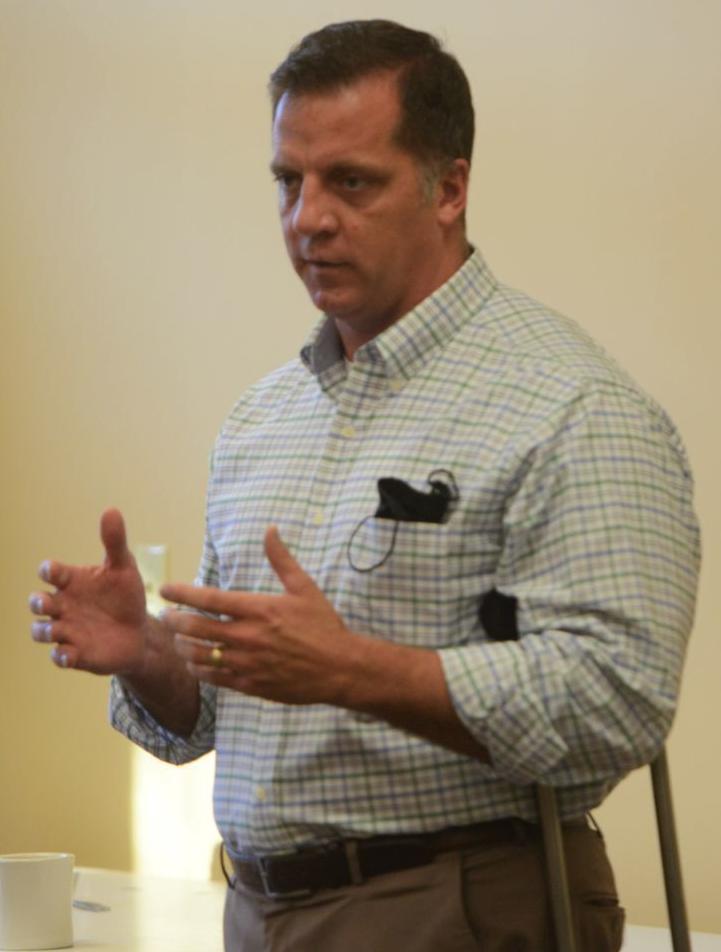 Republican United States Senate candidate Daniel Gade speaks Saturday morning about his intentions to be an advocate for small government and military families if elected. 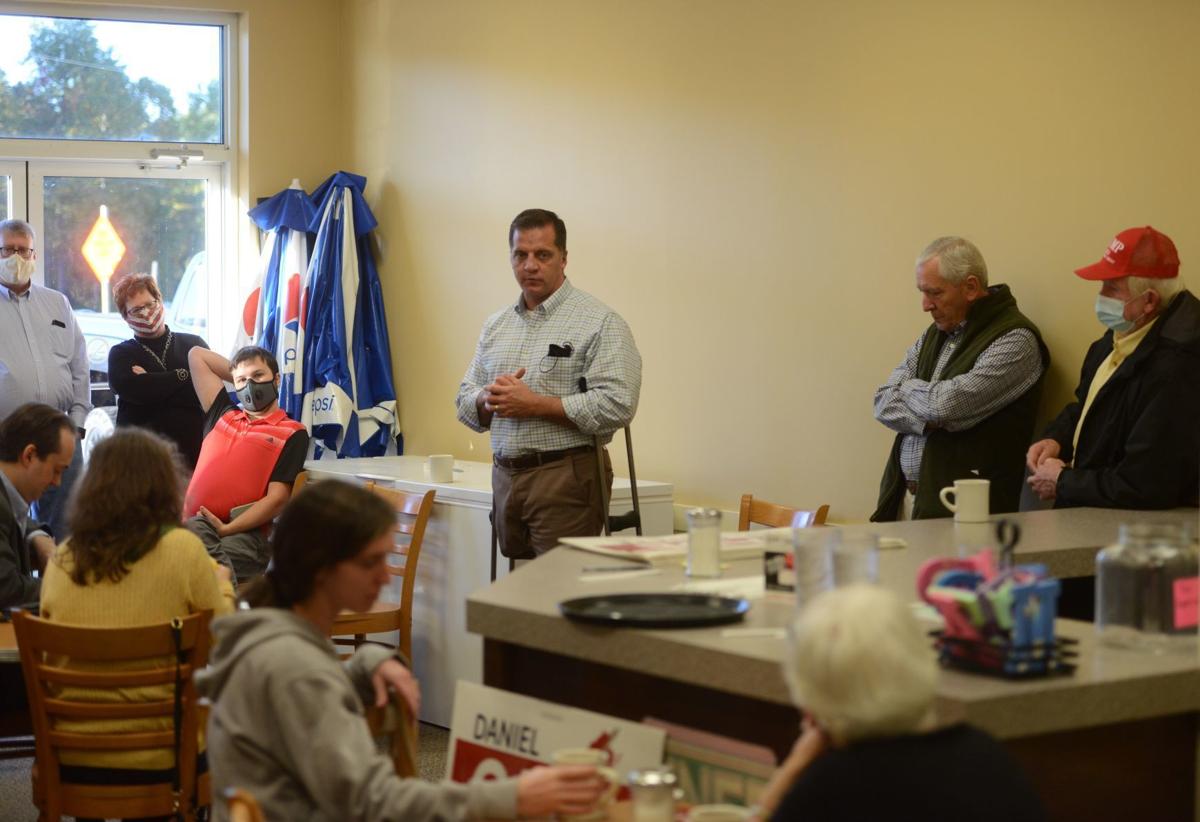