Falcons vs. Panthers: Scores and updates from TNF

ELECTION 2020: Voters are casting ballots in Virginia with no ID at all
0 comments
Share this
{{featured_button_text}}
1 of 2 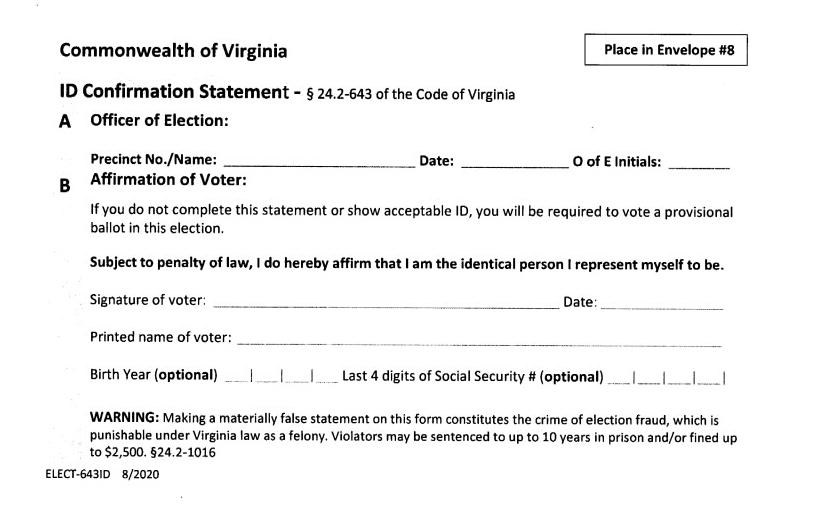 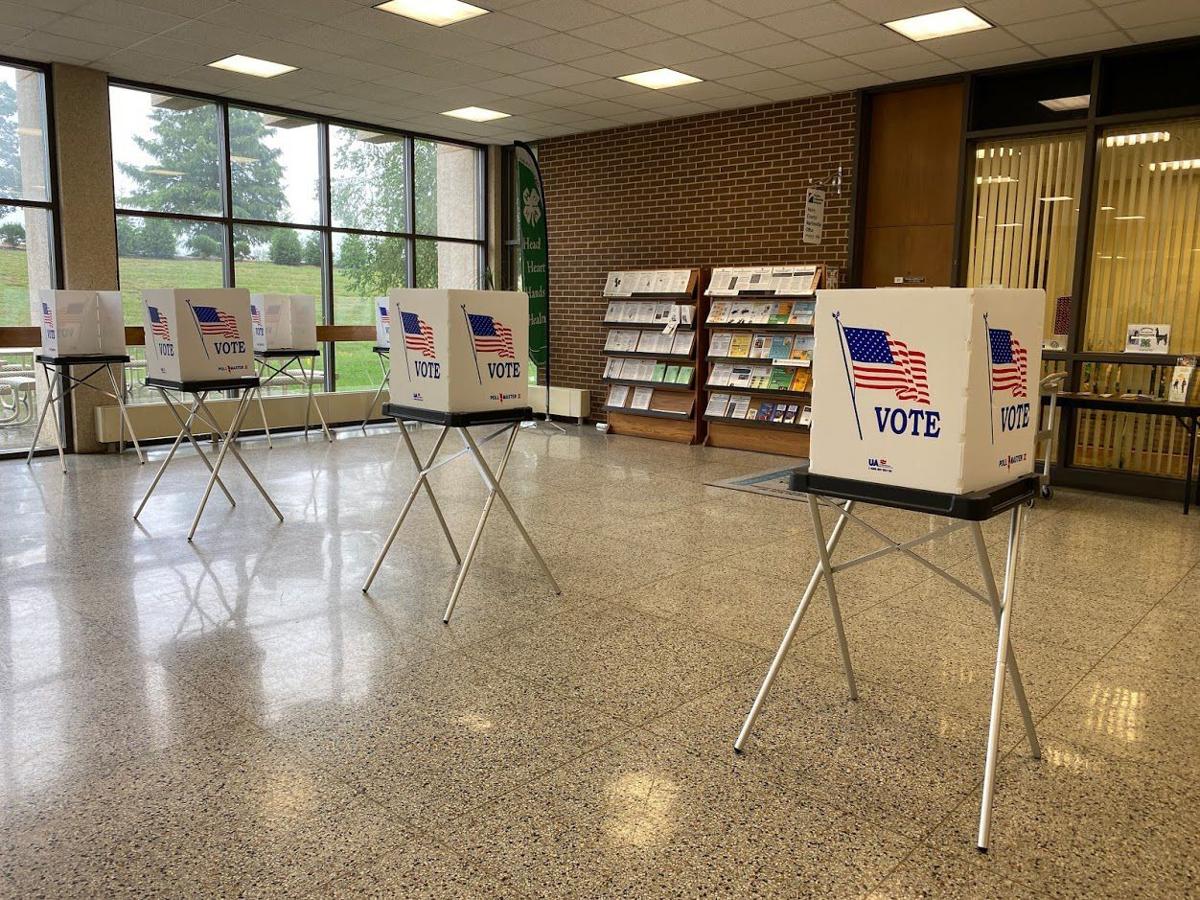 Early voting booths are set up in the lobby of the Henry County Administration Building just outside of the registrar's office.

You no doubt have heard that in order to vote in this year’s election in Virginia you will need to present an ID. Actually, that is not exactly the case.

Although the Virginia Board of Elections states that you need a “qualifying ID,” some voters have learned the definition of the term includes being able to vote with no ID at all — as long as you have voted previously in Virginia.

“Under the new laws — you need absolutely no ID to vote, not even a utility statement,” said Tim Anderson, a Virginia Beach-based lawyer. “You are allowed to go in and ‘declare’ who you are. All you need is the name and address of the voter.”

Anderson said if the voter agrees to sign a form, he or she will receive a full ballot — not a provisional ballot — and the “vote counts immediately.”

Wondering if this really were possible, Anderson walked into his registrar’s office and voted without anything to prove who he was.

Asked if a person could walk in the registrar’s office and vote early without a reason or any form of identification, Patrick County Registrar Susan Taylor said “that is correct,” although no one has requested to do so in her office, yet.

Henry County Registrar Elizabeth Stone was not in her office Tuesday, but election workers confirmed there had been 10 people to vote without showing any identification in Henry County as of Tuesday.

Responding to a Freedom of Information Request, Virginia Beach Registrar Donna Patterson confirmed Anderson was one of 13 voters who chose to complete an ID Confirmation Statement instead of presenting a qualifying ID in the first four days of in-person voting in her office.

In July the law requiring photo identification in Virginia was repealed, and the list of acceptable forms of identification was amended to include registration confirmation documents, driver’s license, valid U.S. passport, U.S. or Virginia government ID card, student ID, employer-issued photo ID or even a current utility bill, bank statement and government check, paycheck or other government document, as long as it has the voter’s name and address on it.

The new law also added a provision for anyone to vote without an ID if he or she were to sign an ID Confirmation Statement. The statement is a sworn affidavit, declaring the signer to be who they say they are.

A person caught lying could be charged with a Class 5 felony, punishable by 1 to 10 years in prison.

“They could also be fined up to $2,500,” Martinsville City Registrar Cindy Barbour said. “So far everyone has been good about showing us their ID — we haven’t had anyone in the city to vote without one.”

Barbour said at first that a person without an ID would be given a provisional ballot, but after checking the law she agreed with Anderson that the voter would be provided a full ballot with one caveat:

“The person has to have voted before,” Barbour said. “If they are a first-time voter, then they will be issued a provisional ballot.”

The name on the ID Confirmation Statement must also be on the list of registered voters as well.

“This is obviously an extremely easy way to commit voter fraud,” Anderson said.

Upon signing the new laws that repealed the former Virginia’s voter ID law Gov. Ralph Northam said, “Voting is a fundamental right, and these new laws strengthen our democracy by making it easier to cast a ballot, not harder.”

The statement instructs the voter that they will be provided a provisional ballot unless they either produce an acceptable ID or sign the statement “Subject to penalty of law, I do hereby affirm that I am the identical person I represent myself to be.”

The statement must be dated and the name of the voter must also be printed. The voter’s birth year and last four digits of his or her Social Security number are requested but not required.

Early voting continues in Virginia. It’s not too late to register, and you can avoid lines at the polls on Election Day on Nov. 3 by voting early either in-person or by mail.

You also don’t need an excuse to have an absentee ballot — which as of this year is simply a mail-in version of an early ballot.

This is all handled by your local registrar’s office.

If you live in Martinsville, your registrar is Cynthia Barbour. Her phone number is 276-403-5122 and her email is cbarbour@ci.martinsville.va.us.

If you live in Patrick County, your registrar is Susan Taylor. Her phone number is 276-694-7206 and her email is staylor@co.patrick.va.us.

The voting continues through Oct. 31.

WHERE: Registrars offices in Martinsville, Henry County and Patrick County (and all other localities).

ID: A valid form of identification is required if you haven't voted in Virginia.

Gov. Ralph Northam and state officials gave an update on COVID-19 in Virginia.

You have four more days to vote early for the 2020 elections.

Early voting booths are set up in the lobby of the Henry County Administration Building just outside of the registrar's office.