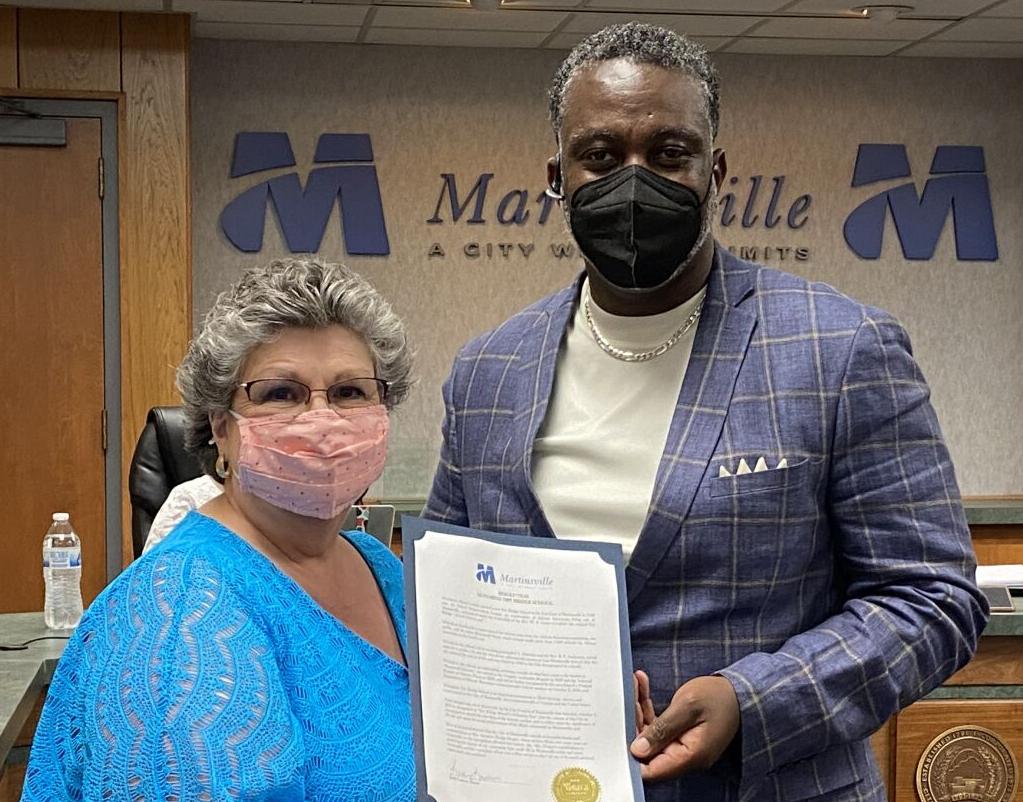 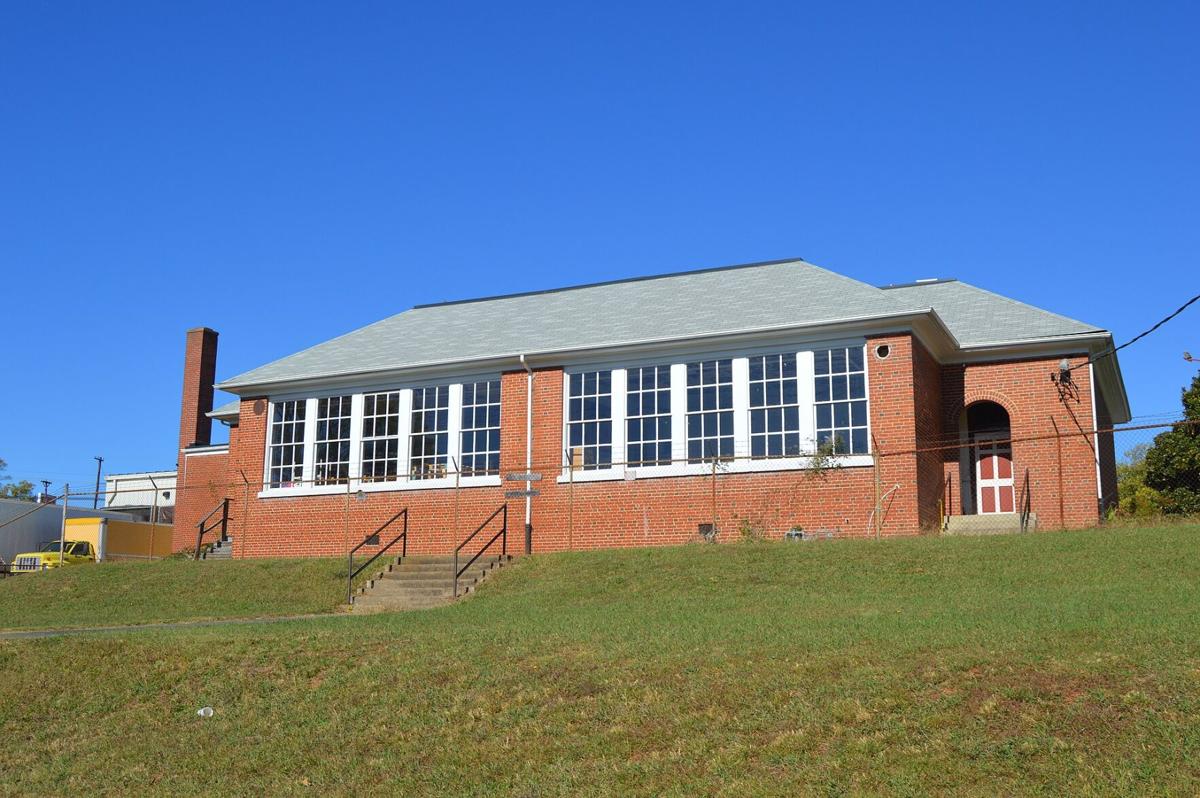 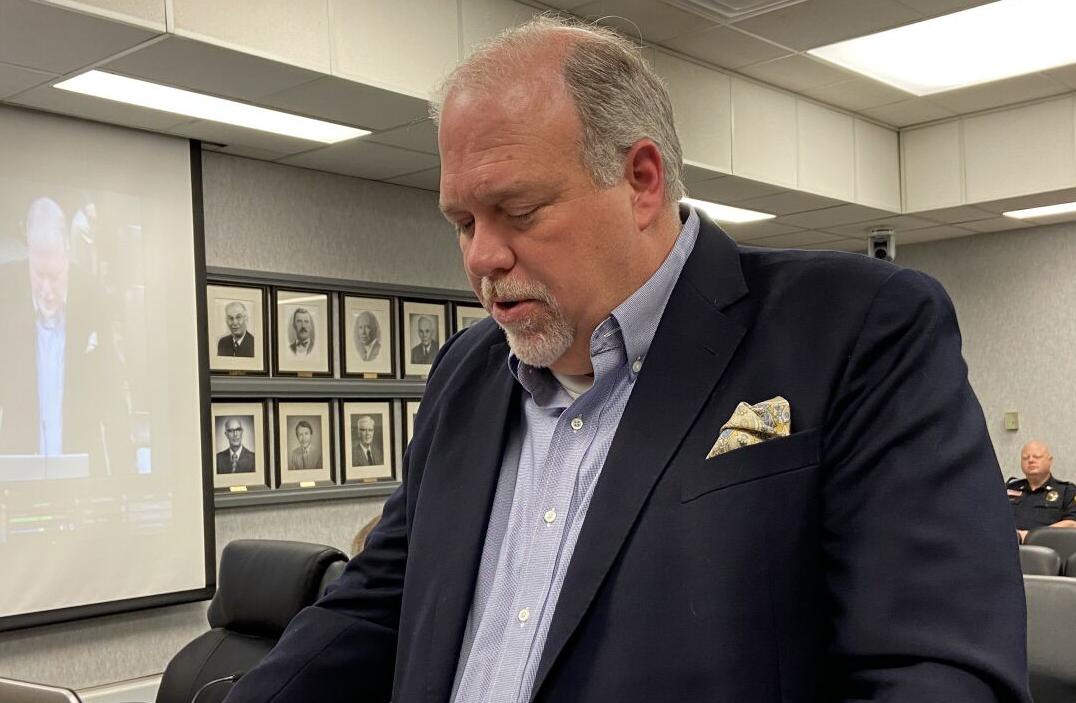 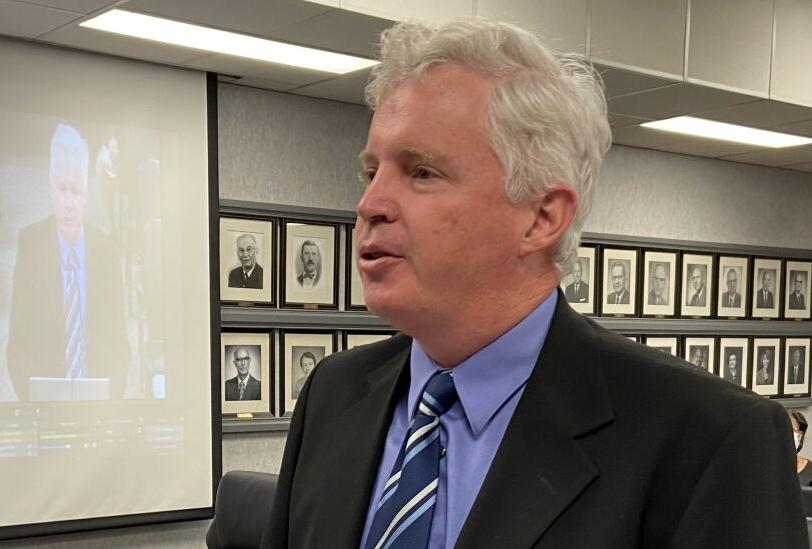 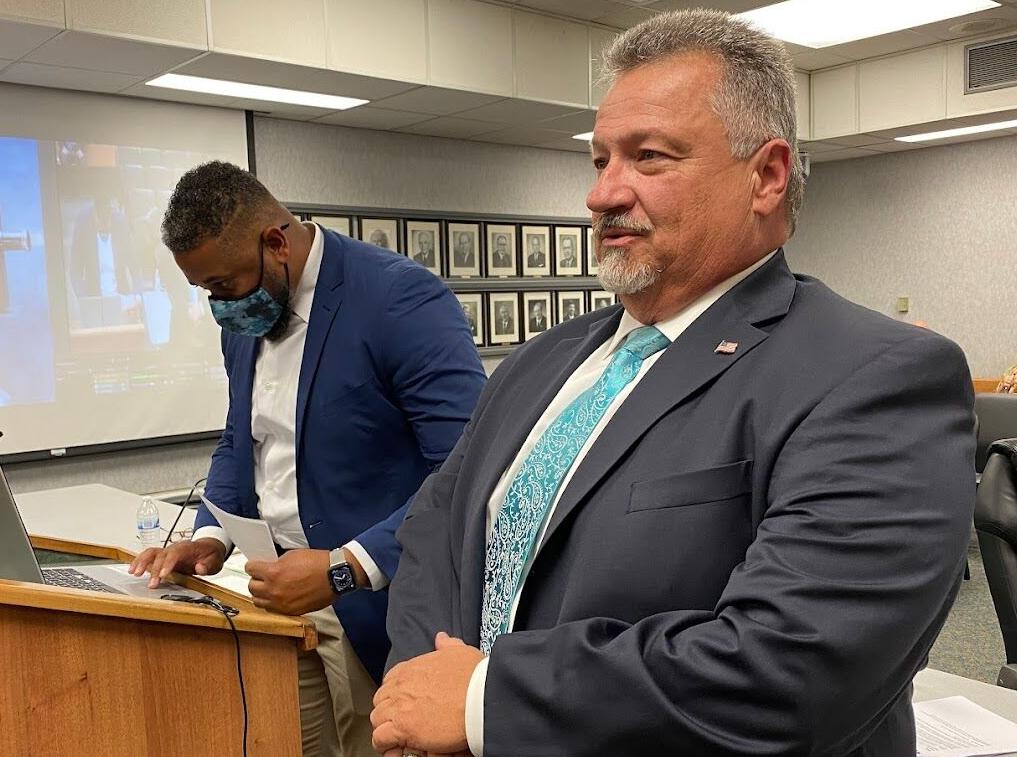 Mark Price (left) and Kris Bridges with the building and zoning department update Martinsville City Council on the demolition of dilapidated structures.

The Virginia Department of Historic Resources will unveil a commemorative historic marker Saturday at a building in Martinsville that has gained national recognition.

The former Dry Bridge School at 1005 Jordan St. opened “in 1928 after the School Improvement League, an organization of African Americans living east of Martinsville, campaigned under the leadership of the Rev. W. F. Geter to replace the original Dry Bridge Colored School,” the resolution states.

Funding for the school’s construction came from the local Black community and the Julius Rosenwald Fund, which helped build more than 5,000 schools for Black children in the South.

The Rosenwald School project was a partnership between Julius Rosenwald, a Jewish-American clothier who became part-owner and president of Sears, Roebuck and Co., and the African-American leader, educator, and philanthropist Booker T. Washington, who was born at Hale’s Ford in Franklin County and became the president of the Tuskegee Institute, a private, historically Black land-grant university in Alabama.

Teaching principals J.L. Hairston and the Rev. R. T. Anderson gave instruction to students in grades 1-8 during its early days, and after an annexation by the city in 1948 the school was renamed the East Martinsville School and remained in service for the next 20 years before being closed in 1968 as a result of the desegregation of schools.

The building was named to the Virginia Landmarks Register in 2008 and the National Register of Historic Places in 2009 and will be recognized again by the Virginia Department of Historic Resources on Saturday.

Council’s resolution names Saturday, Oct. 2, as “’Dry Bridge School Celebration Day;’ that the citizens ... be encouraged to attend the unveiling of the historic marker, and to reflect upon the significance of this site and upon the many achievements of the Black community.”

The unveiling of the marker will occur at 11 a.m.

Martinsville resident Imogene Hodge Draper was also recognized in the resolution for having preserved the history that qualified the site as deserving of the recognition.

In other matters, council:

WH: Omicron variant found in 20 countries, not US

Mark Price (left) and Kris Bridges with the building and zoning department update Martinsville City Council on the demolition of dilapidated structures.