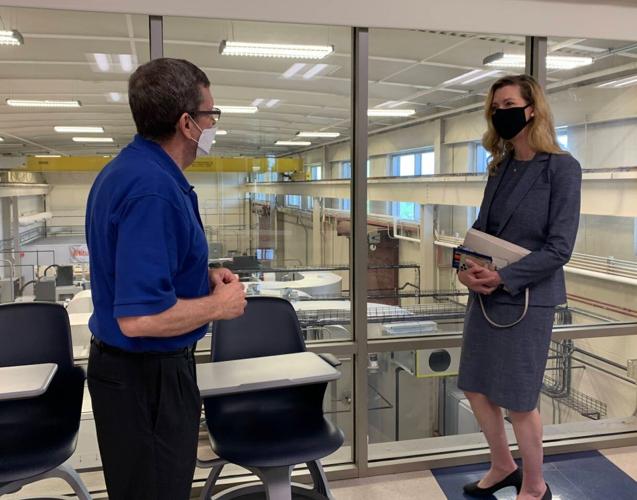 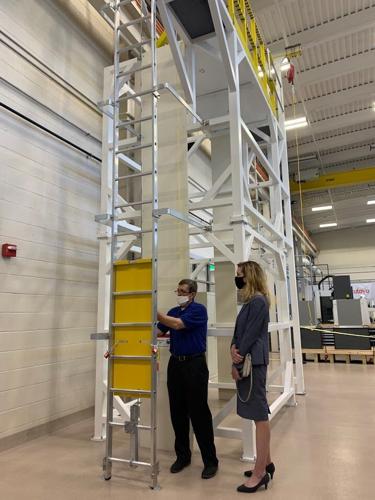 Norfolk Council Member Andria McClellan toured New College Institute in Martinsville on Wednesday as part of what she described as a “road tour in Southside and Southwest Virginia.”

McClellan announced in December that she would be seeking the Democratic nomination for lieutenant governor in 2021.

The Democratic primary will be on June 8 — early voting getting under way — and McClellan is running against a crowded field that includes Del. Hala Ayala of Prince William County, Del. Mark Levine of Alexandria, Sean Perryman of Fairfax County, Del. Sam Rasoul of Roanoke and Xavier Warren of Arlington County.

McClelland said she grew up in Virginia Beach and now lives in Norfolk, and although she lives on the other side of the state, she is not another Northern Virginia Democrat.

“As a member of Norfolk City Council I represent 125,000 people,” McClellan said. “I’ve worked with leaders in various counties on issues that range from climate change to broadband.

“I understand how cities, counties and towns work and recognize the state’s geographic diversity.”

McClellan said she understood the issues facing rural Virginia and wanted to make sure “great things are happening in all parts of Virginia.”

Although expressing sensitivity to the disparity of average incomes in Southside compared to Northern Virginia, McClellan said she supported all workers in the commonwealth being paid a “livable wage.”

“I graduated from UVa, I’ve worked in corporate America, I know the challenges of making payroll, but workers deserve quality of life,” McClellan said. “I do agree that we need to increase the minimum wage, and I stand by it.”

McClellan said the other key issues of her campaign include affordable health care, high-speed internet, a clean and sustainable environment and quality education.

McClellan said it was through a program at NCI that connected Martinsville with the Norfolk area.

In October NCI was selected to be the first school in the state to offer wind energy training designed to create certified maintenance workers qualified to work on the equipment to be used in Virginia’s offshore wind energy program.

“I support access to quality career education opportunities,” McClellan said. “This offshore work will be significant and the windfarm will supply power to 350,000 homes from Hampton Roads to Southside Virginia.”

McClellan said she wanted to learn more about what the students in the program were doing.

“We need training like this that match the jobs that are out there,” she said.

Rent prices continue to soar across the United States

Rent prices continue to soar across the United States

Potentially hazardous asteroid to hurtle past Earth on May 27

Potentially hazardous asteroid to hurtle past Earth on May 27