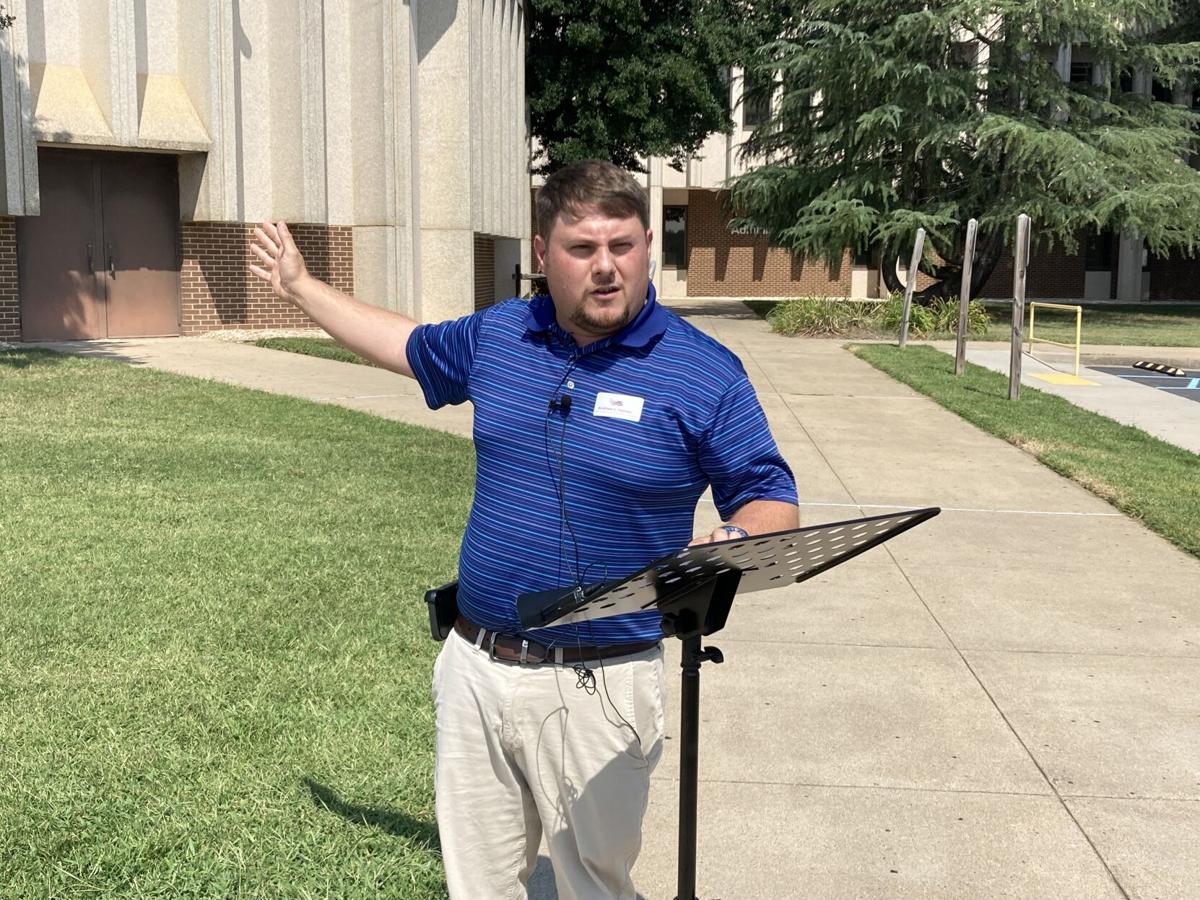 Andrew Palmer: “Why aren’t they meeting in this room right now behind me?” 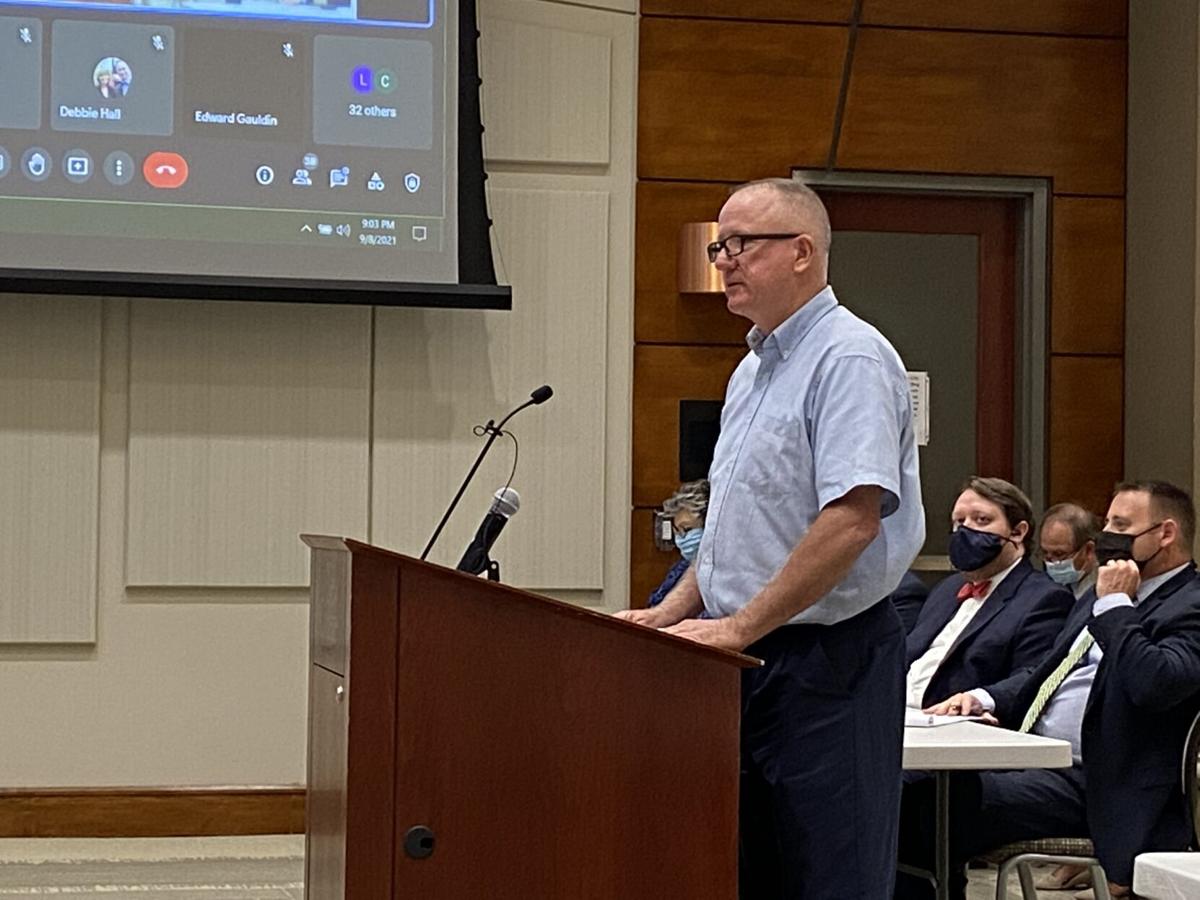 Collinsville District Board of Supervisor Joe Bryant speaks at the reversion hearing before the Commission on Local Governments at NCI. 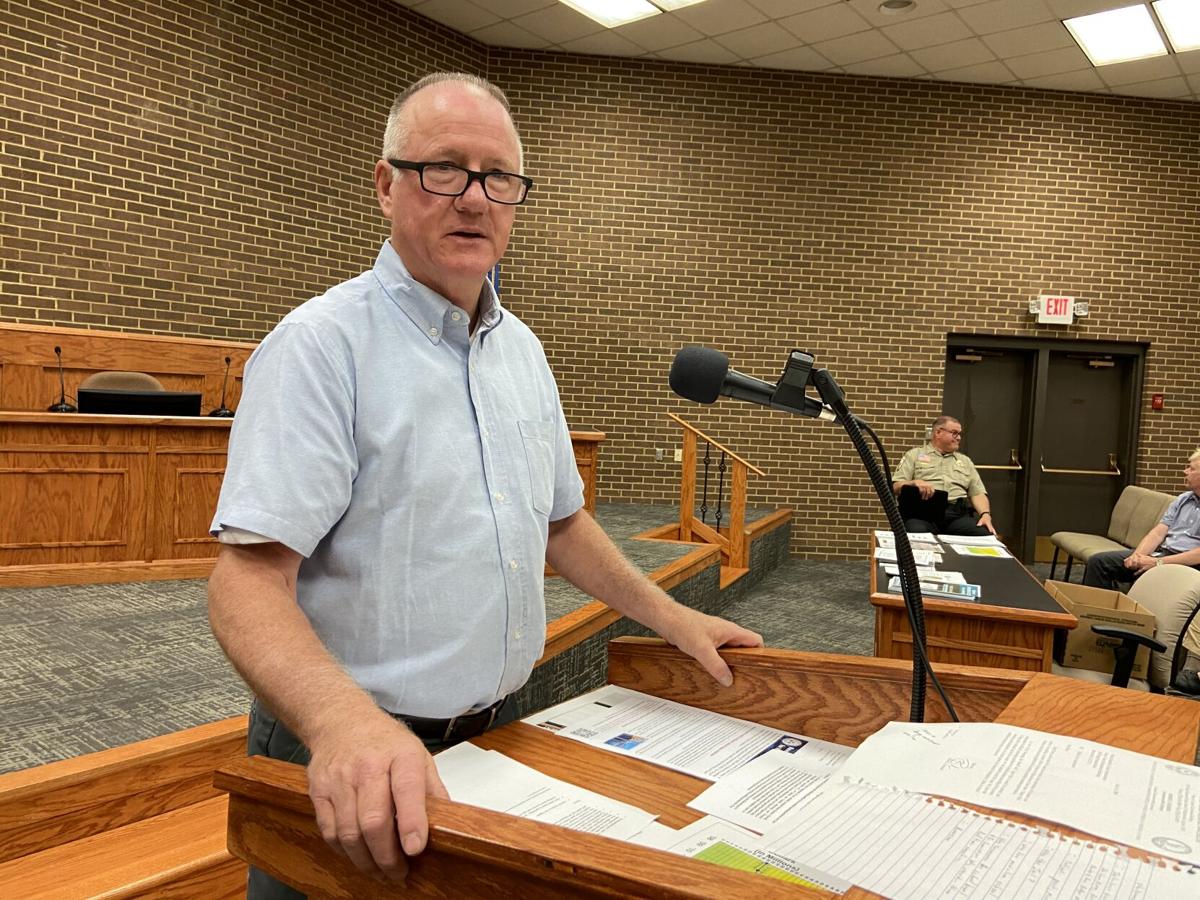 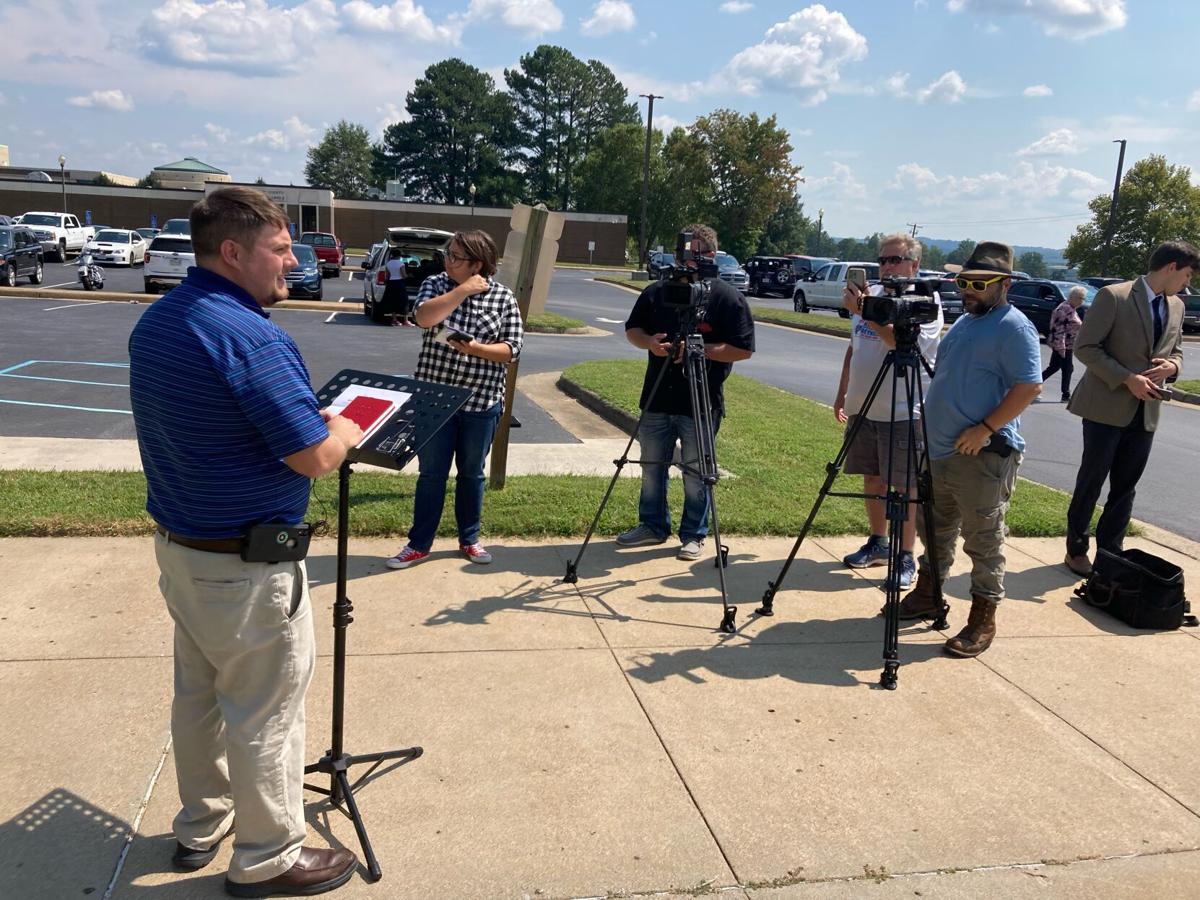 The Collinsville District Board of Supervisors race notched-up another level Wednesday afternoon when candidate Andrew Palmer called a press conference in front of the Henry County Administration Building to talk about reversion.

“It has not been one week since the public hearings were held at the New College Institute in regard to the city of Martinsville reverting to a town within Henry County,” Palmer said. “This was the first time any county or city residents were allowed to speak about this matter.

“During the reversion hearings, it was very clear that no resident of Henry County wants this to take place, and the only residents of the city of Martinsville that wants this were either current or former members of Martinsville City Council.”

Incumbent Collinsville Supervisor Joe Bryant was at his business in Collinsville after Palmer had finished and said a couple of his constituents had already told him about the event.

“He’s just putting out information to make him look good,” Bryant said. “I’m not saying it’s all not true, but a lot of it is speculation—if he’s in office, he’d do this and do that.

“He’s talking about us [Board of Supervisors] going behind doors right now to stop reversion. Is that what he’s going to do, leave Lester Home Center [where Palmer works] and go to the administration building and stop it?”

Palmer said there were several legal issues brought to the attention of the Commission on Local Governments, one in particular was an argument presented by Martinsville Circuit Court Clerk Ashby Pritchett about the legality of dissolving the Martinsville School System.

“It was made very clear that this may be an unconstitutional act, and that the city and the county may be in violation of the ‘Dillon Rule’ [about school district merger],” Palmer said. “I think it is a shame that neither Henry County or the city of Martinsville has involved either school board about this matter.

“I mean, aren’t our children our greatest asset?”

But Bryant said even though he would “love to see the city school board confront City Council,” he had just learned earlier in the day that the school board has no legal standing.

“What I’ve learned is when the city reverts, the school system stops, and that means there is no more school system,” Bryant said. “City Council makes the decision, and then it’s done away with, and they [Martinsville School Board] don’t have any input on it.”

Palmer said watching the attorneys for the city and the county appeared to him as if they were “getting along way too well” and seemed as if “they are best friends.”

“Shouldn’t legal council for Henry County be fighting harder for us?” Palmer said. “”Not only as a candidate for the Board of Supervisors in Henry County, but as a resident of Collinsville, I am upset.

“I want to know where is Joe Bryant? Why isn’t Joe trying to stop this and help us?”

Bryant, who with colleague Debra Buchanan twice has voted against agreements the city and county negotiated about the merger, said Palmer was a young man and naive about the process.

“There is no way possible the man can do what he says,” Bryant said. “It takes three of us supervisors to get anything done, and if he thinks he’s going to make an enemy out of everybody and bad-mouth me and get anything done, he’s wrong.”

At his press conference, Palmer issued a challenge to Bryant and the rest of the board:

“I hereby challenge the Board of Supervisors to stop this process, hire another lawyer if need be and fight this process,” Palmer said. “If they won’t, I will.”

“I’m a factual man,” Bryant said. “If you want to talk to me about facts, then I’m all in it, but he [Palmer] is just not factual.”

How the Omicron variant got its name

Andrew Palmer: “Why aren’t they meeting in this room right now behind me?”

Collinsville District Board of Supervisor Joe Bryant speaks at the reversion hearing before the Commission on Local Governments at NCI.