WATCH NOW: City Council buys BB&T building and will convert it to the new city hall
2 comments
Share this
{{featured_button_text}}
1 of 5 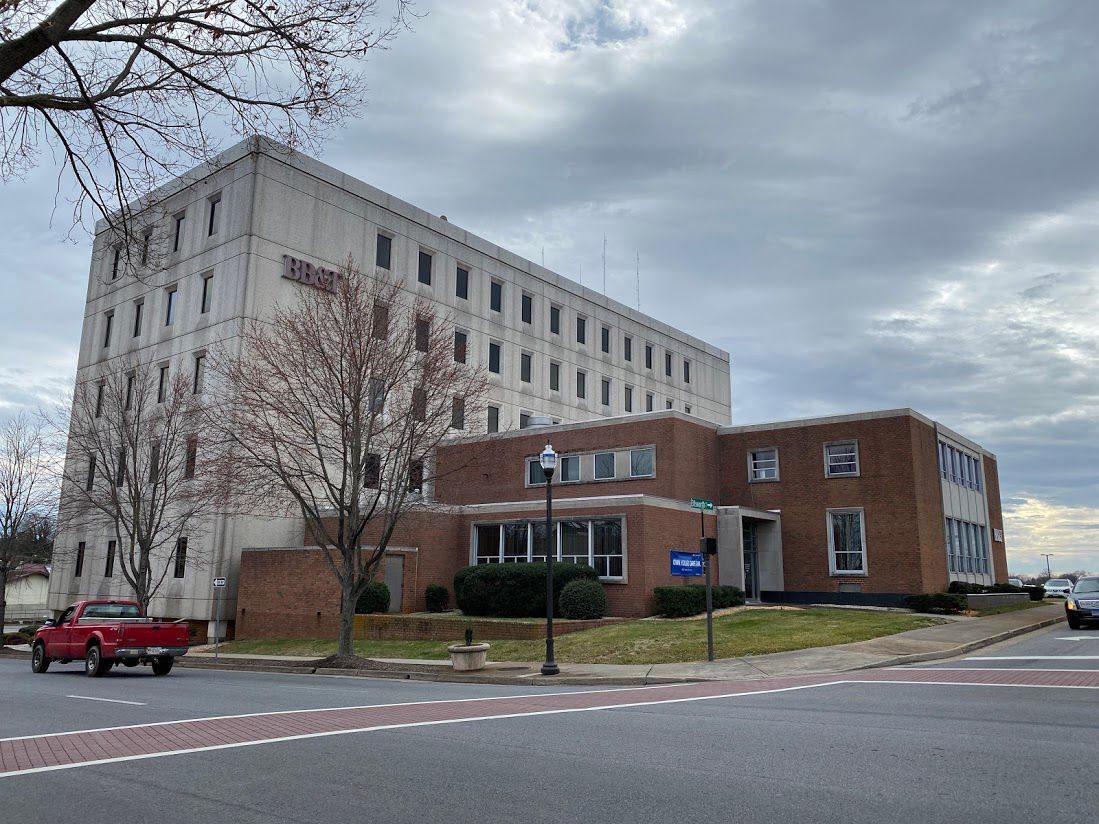 The BB&T Building at 1 Ellsworth St. had been set to become the new city hall, to be located on the lower floor, with the upper floors transformed into apartments. 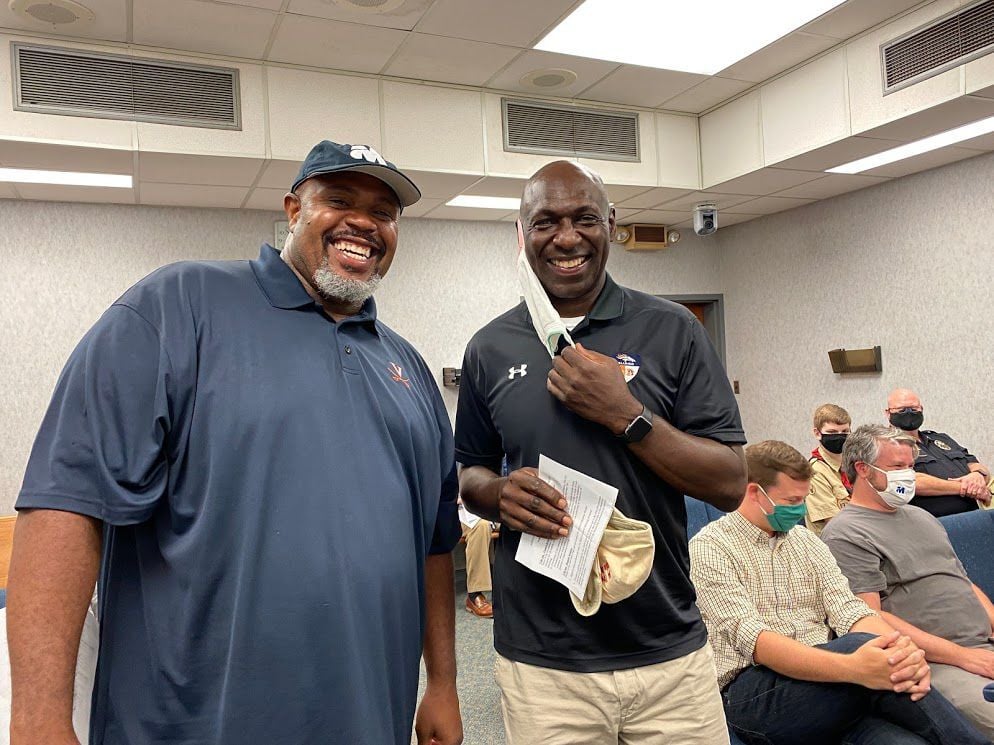 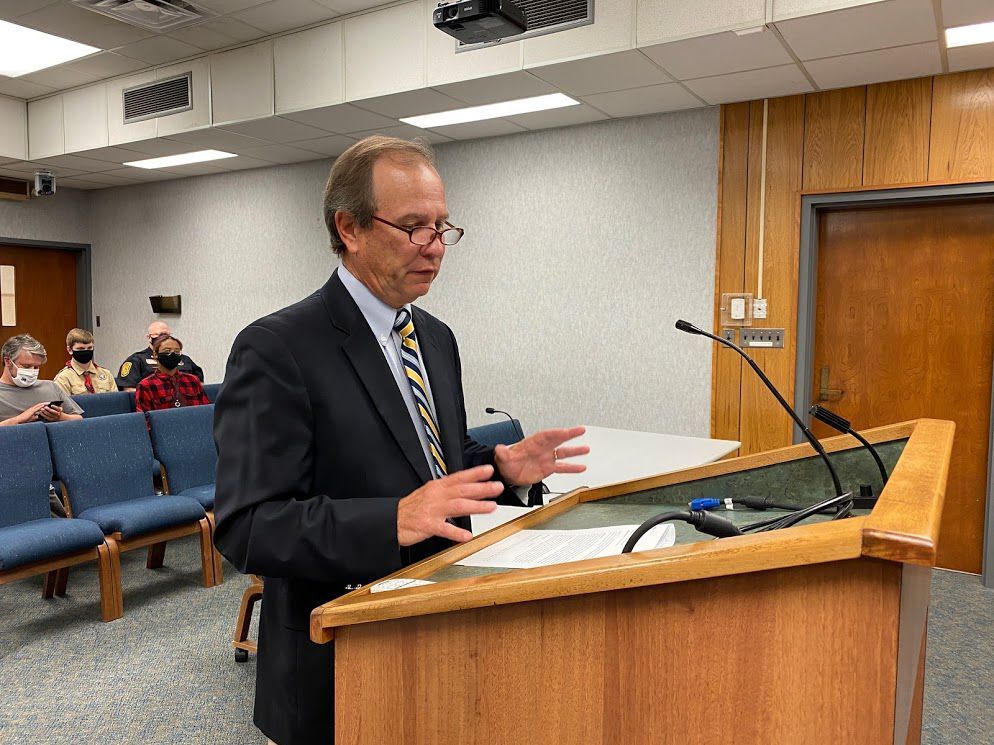 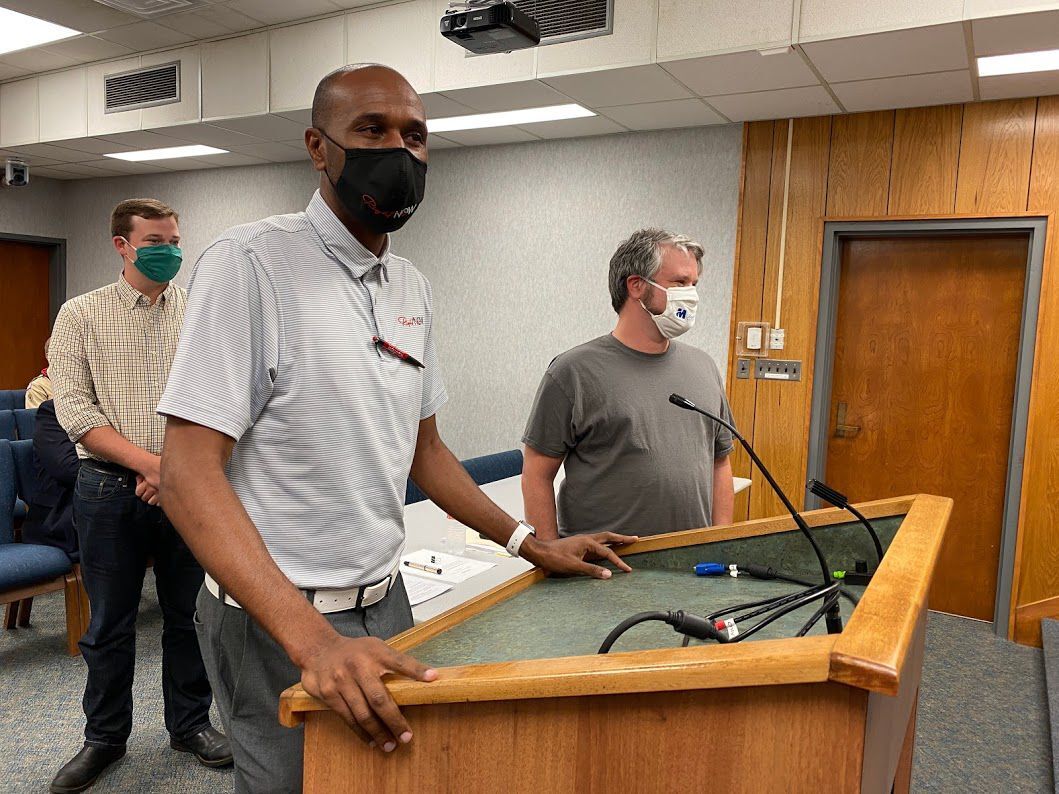 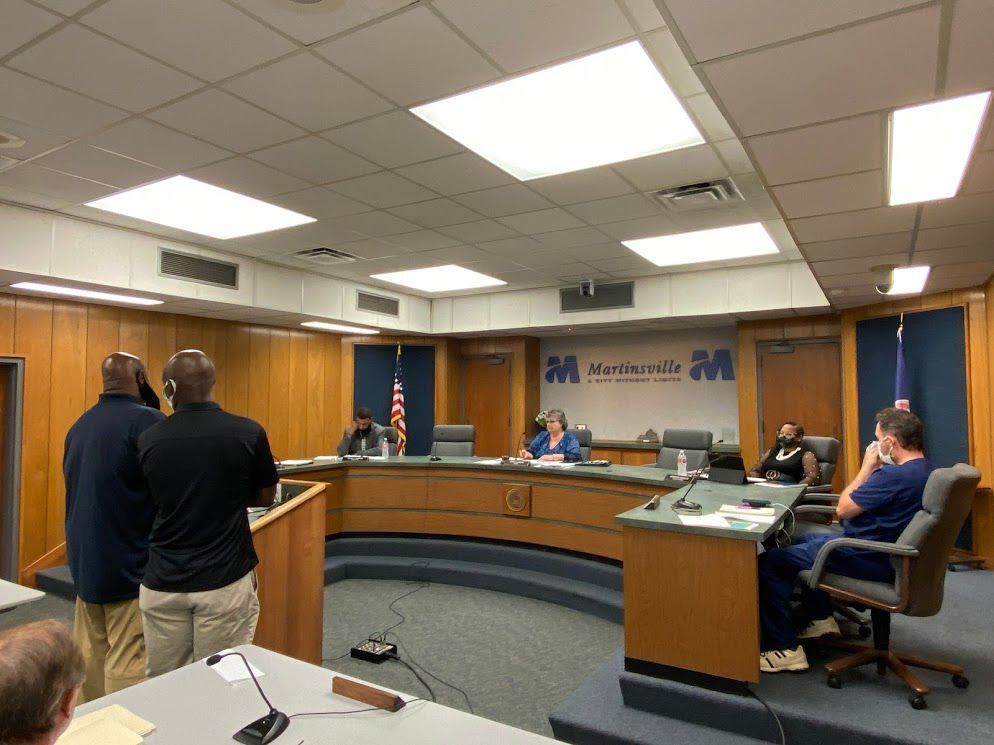 Hairston and Moore present their plans of renovation to the old BB&T building uptown to council.

City Council Meeting 7-29-2020 from City of Martinsville on Vimeo.

City Council voted Tuesday night to buy the largest building in Uptown from BB&T for $25,000, secure funding for renovation, move city hall to the lower floor and turn the upper floors into apartments.

Those plans were explained by Christopher Hairston, owner of the C.A. Hairston Companies, LLC, which was awarded the contract to do the work. Adding to the surprise of the plans was the announcement that former Martinsville Bulldog football standout and a former star quarterback for the University of Virginia, Shawn Moore, will help supervise the project.

“We have known each other for 30 years,” Hairston said of Moore. “We expect to begin in the first or second quarter of next year and have already started drawings to see how many apartments we can make and how to transition from offices to housing — and it all looks good.”

Hairston is from Washington D.C. and has restored large constructions in Winston-Salem and Richmond.

“It’s already an enterprise zone,” said City Attorney and Assistant City Manager Eric Monday. “The consultants have already given us written assurance that it would qualify for credits.”

City Manager Leon Towarnicki explained to council about two years ago that BB&T did not renew a lease the city had on the roof of the building for radio equipment.

“This lead to questions and we learned there were plans to build another branch that is now well under construction,” said Towarnicki.

BB&T recently merged with SunTrust to come Truist. Construction of the new branch is taking place next to the old BB&T building on East Church Street.

In November the city executed a letter of intent to acquire the property and explore development options. Initial requests for proposals did not return anything promising, so the time provided in the letter was extended and the city made a second request for proposals from prospective developers.

Among the second round of proposals was one by Hairston, and city officials determined it to be a perfect match for the city and the developer.

While the upper floors will be converted to mixed-use, the project involves the city municipal offices moving to the main floor of the building.

“The city municipal offices will be relocated to the main floor of the building and the [vacated] offices will be become available for courts and public safety,” Towarnicki said.

The entire project comes at no cost to the city, other than the $25,000 paid to secure the property.

City Council voted to authorize the city manager to apply for $600,000 of federal industrial revitalization funds for the rehabilitation of the building that will be transferred to C.A. Hairston Companies, LLC. An estimated $12 million — covered by various state and federal funds — will be expended on the project and the transfer is conditional on the new city municipal offices being conveyed to the city when complete.

City Council then recessed and convened as the Martinsville Redevelopment and Housing Authority to accept the transfer of title of the BB&T building and to authorize its executive director to negotiate the details with Hairston and then execute all the documents necessary to effect the action.

“Here is an individual who’s homegrown [Moore] and coming back and a man [Hairston] with a proven track record,” said Council Member Jennifer Bowles. “I do think they will make sure they will do the right thing by the city.”

Said Mayor Kathy Lawson: “Your proposal is a breath of fresh air.”

Council voted to approve, after no one spoke, at a public hearing on the city’s intent to finance as much as $2.5 million of water and sewer revenue bonds related to the financing of the Reservoir spillway project.

“We are ready to close on it — ready to begin work,” said Towarnicki.

The city will issue bonds to pay for repairs to the city’s Beaver Creek Reservoir Dam, including repairs and renovations to the dam’s spillway. The reservoir serves as the city’s main water supply.

Wayne Draper filed for a special use permit to convert an upstairs auditorium space at 208 Fayette St. into three two-bedroom apartment units. The request was considered by the planning commission earlier this month and recommended that council approve it.

Letters to adjacent property owners were mailed, a sign was posted at the property and notice of a public hearing on the matter was advertised in the Martinsville Bulletin.

No one spoke at the hearing and council approved the requested permit without dissent.

Chamber of Commerce gets new contracts

The city of Martinsville signed a five-year contract with the Martinsville-Henry County Chamber of Commerce’s Partnership for Economic Growth (CPEG) for management services of the small business incubator uptown. That contract is up for renewal and council approved a new contract for an additional five years.

“CPEG has done a great job and the building stays full,” Towarnicki said. “It was quite difficult for the city to do it with a paid staff there.

“It’s been beneficial for the city and CPEG — a good relationship.”

Council also voted to renew a memorandum of understanding with CPEG for services related to efforts involving small business development in Martinsville for the upcoming fiscal year.

Chamber President Lisa Watkins was present, but did not speak.

City Council decided to use $250,000 of the $1.1 million it received in CARES Act money to be granted to small business in the city. When the money was exhausted, the council increased the amount. Now it looks like more grants may be on the way.

Just like the first round of CARES Act money, the funds expended must be COVID-19 related.

Said Towarnicki: “We are working hard to spend all of that money.”

Utility cut-offs still set for the end of August

On an average month, the utility department might have $60,000 in delinquent accounts, Towarnicki said. That number is up to $300,000 and plans are to resume disconnecting services for those accounts at the end of August.

“Unless something very, very drastic happens we will resume [the cut-offs],” said Towarnicki. “

To prevent disconnection, a customer is required to contact the utility department and set up a payment plan. The city will be agreeable to allowing a customer six to nine months to repay the delinquent amount as long as they stay current with the monthly bill.

Said Towarnicki: “I would not encourage anyone to wait until the end of August to decide they need help.”

Martinsville's application for $600,000 toward BB&T project is turned down

Developer says he will continue with his plan for building.

The BB&T Building at 1 Ellsworth St. had been set to become the new city hall, to be located on the lower floor, with the upper floors transformed into apartments.

Hairston and Moore present their plans of renovation to the old BB&T building uptown to council.