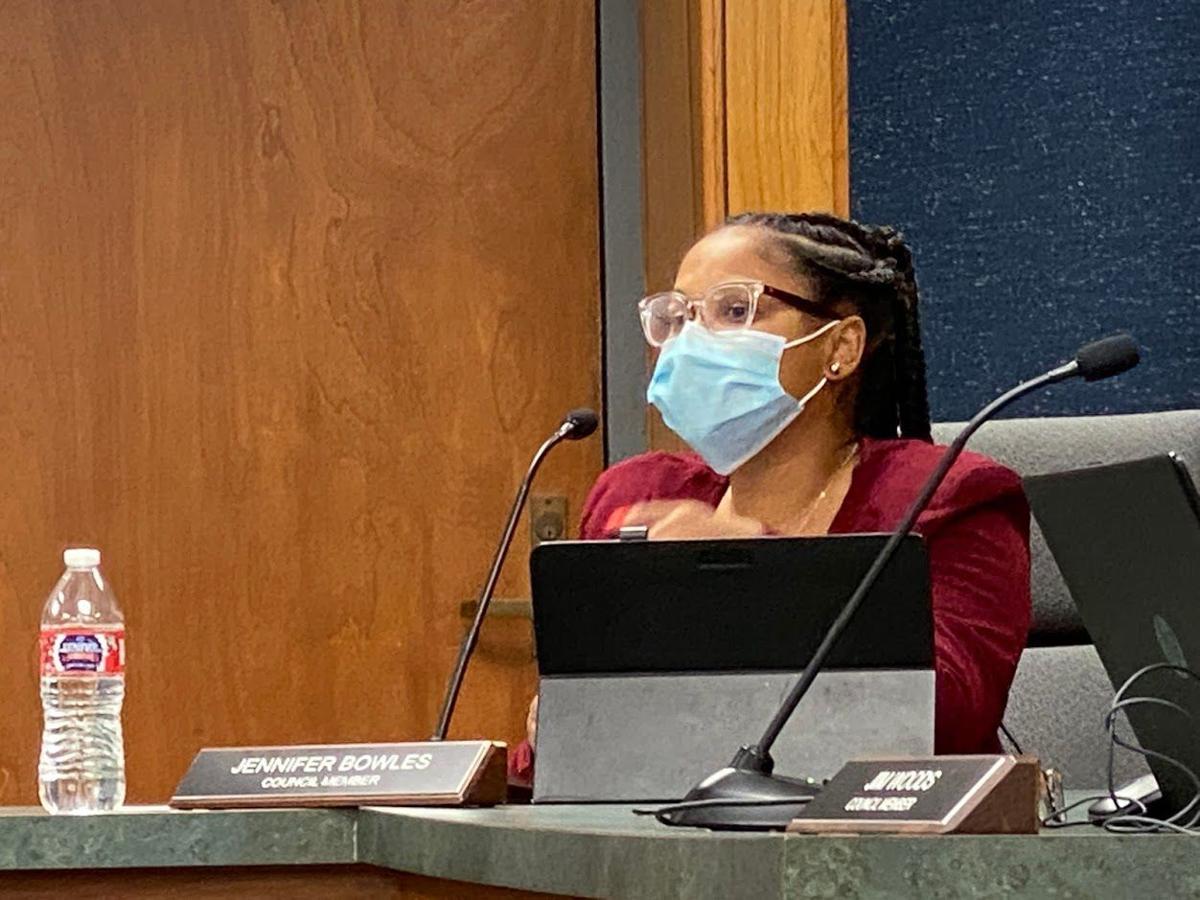 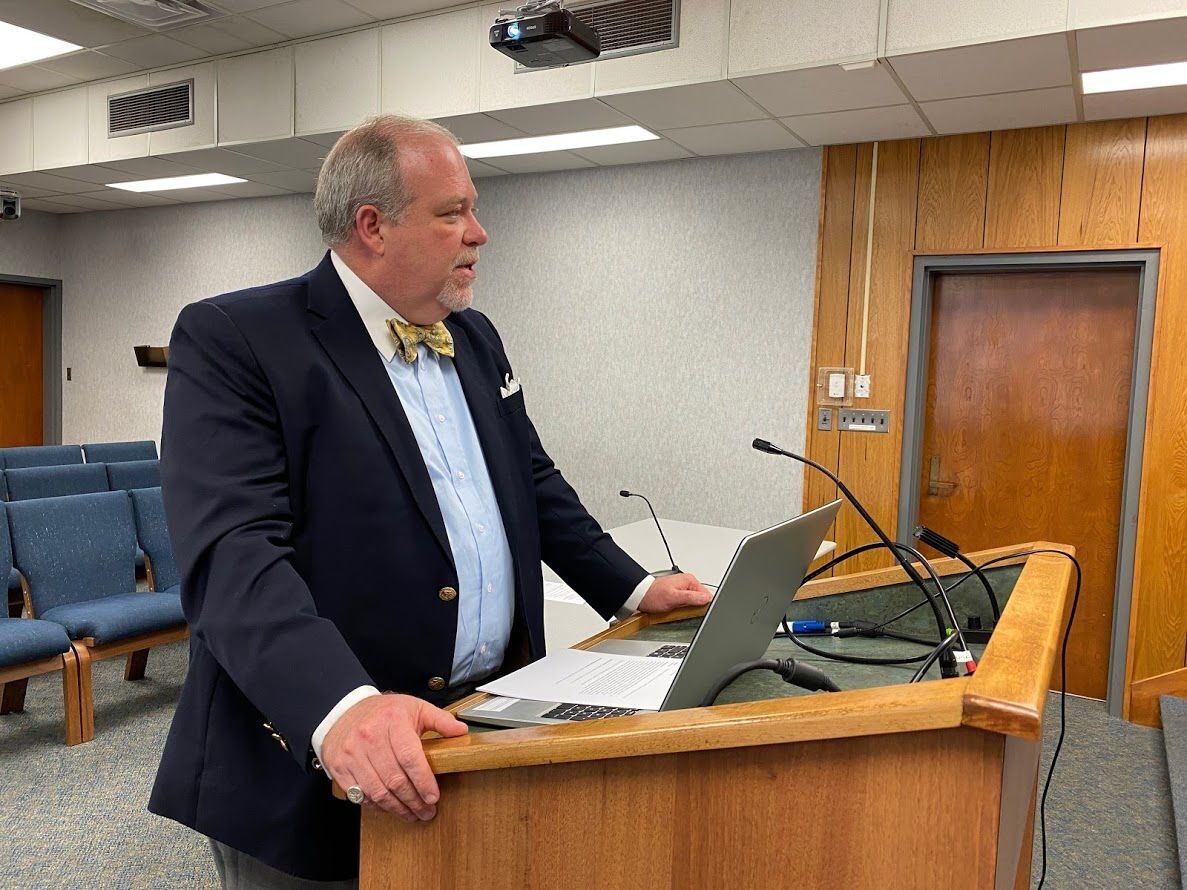 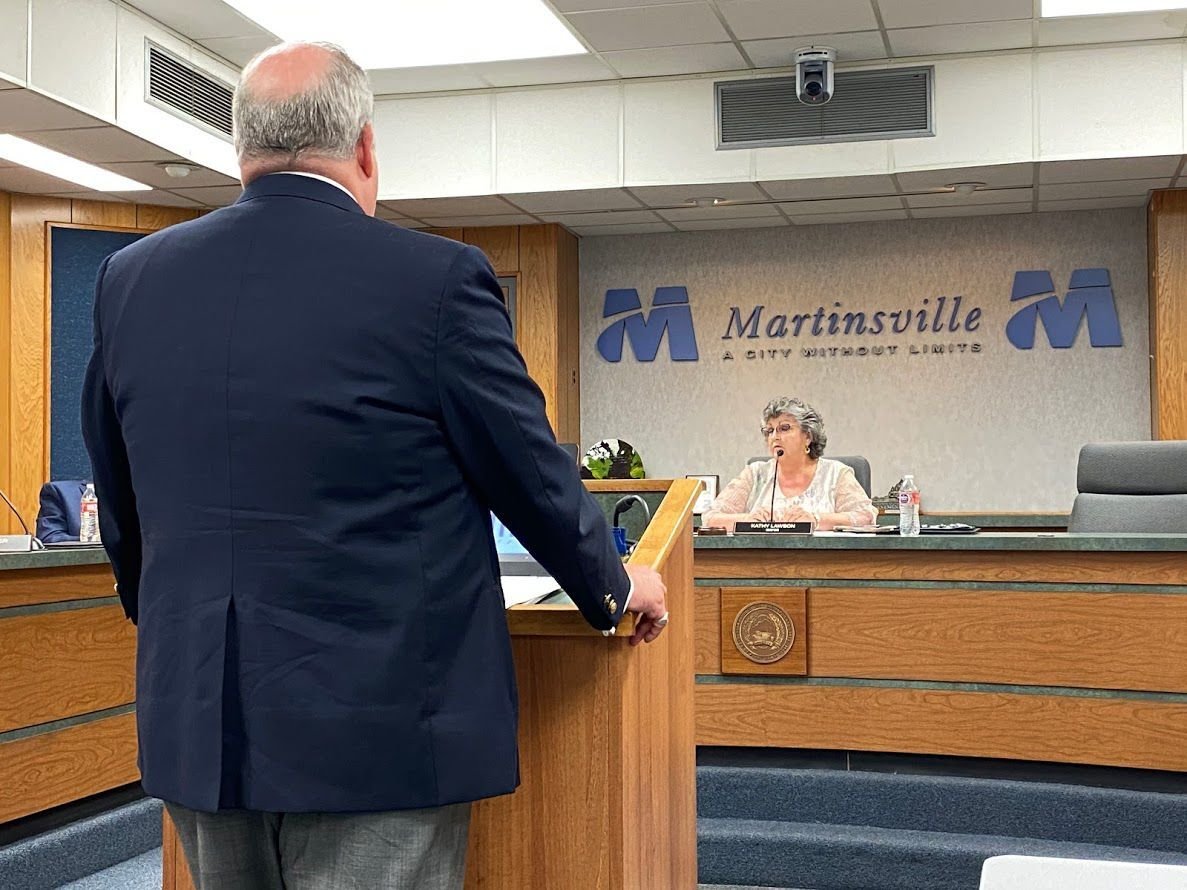 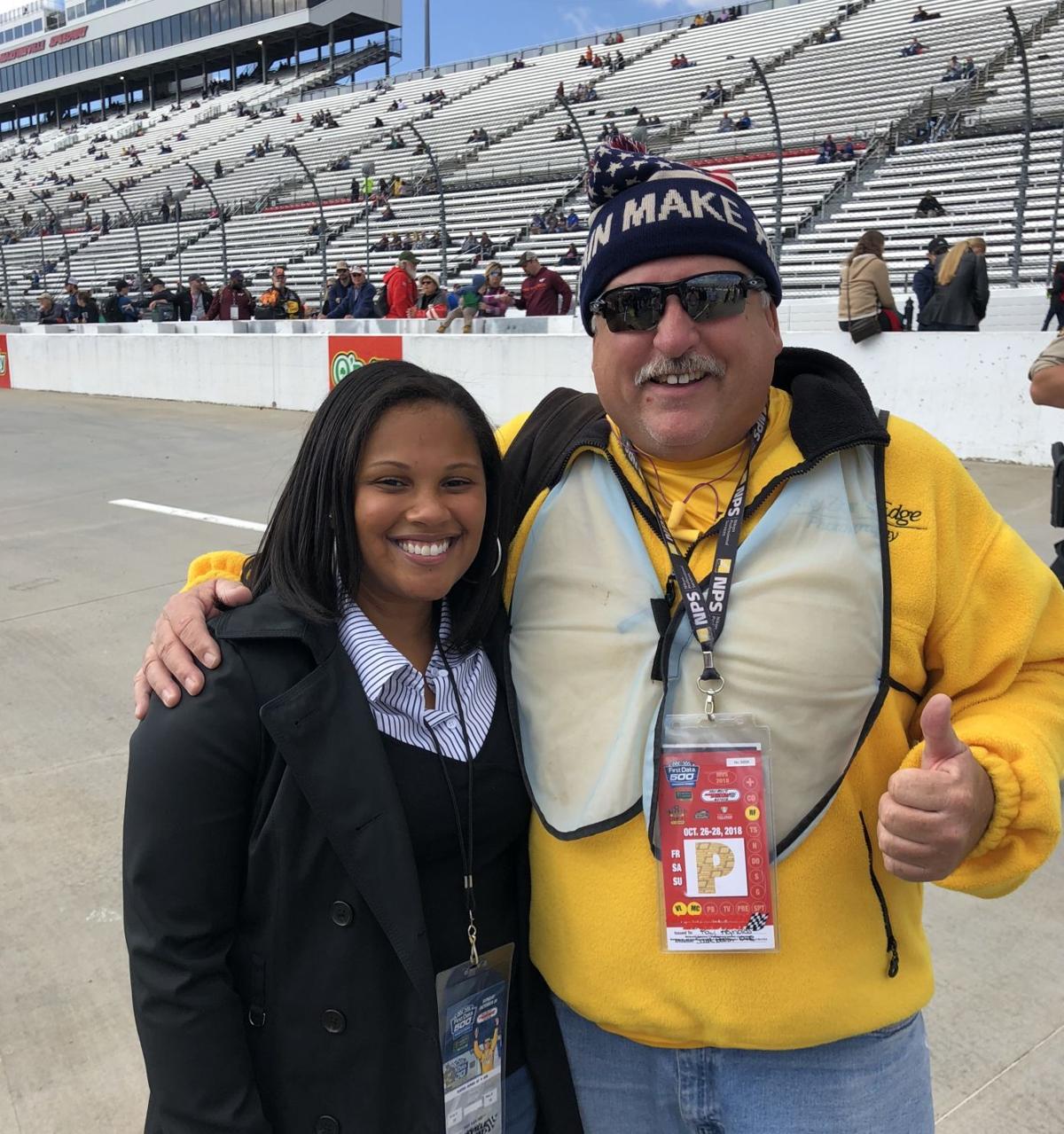 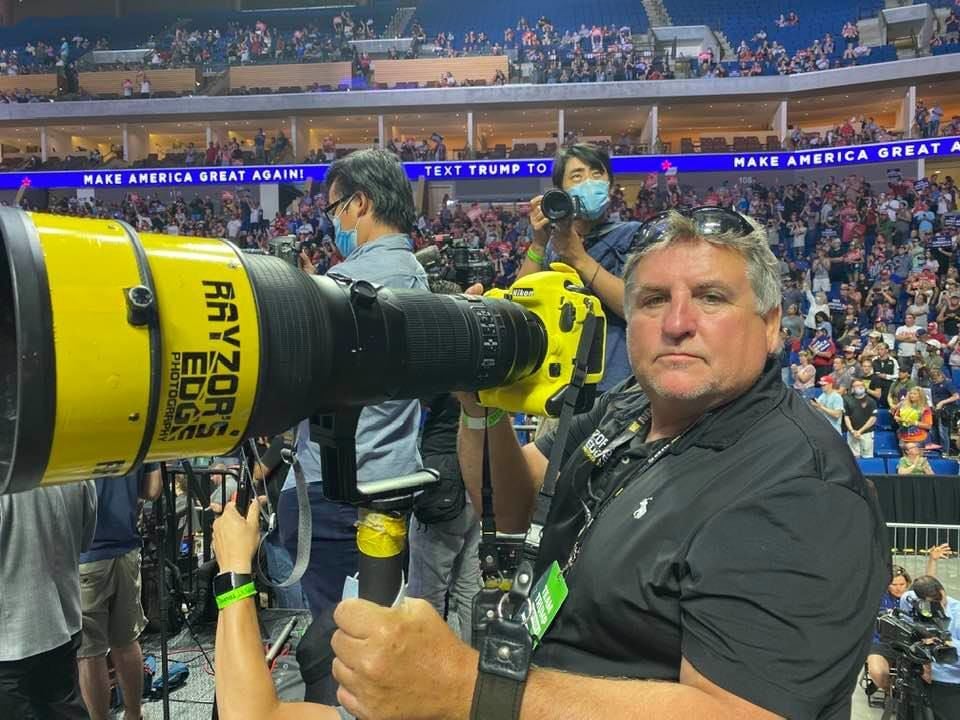 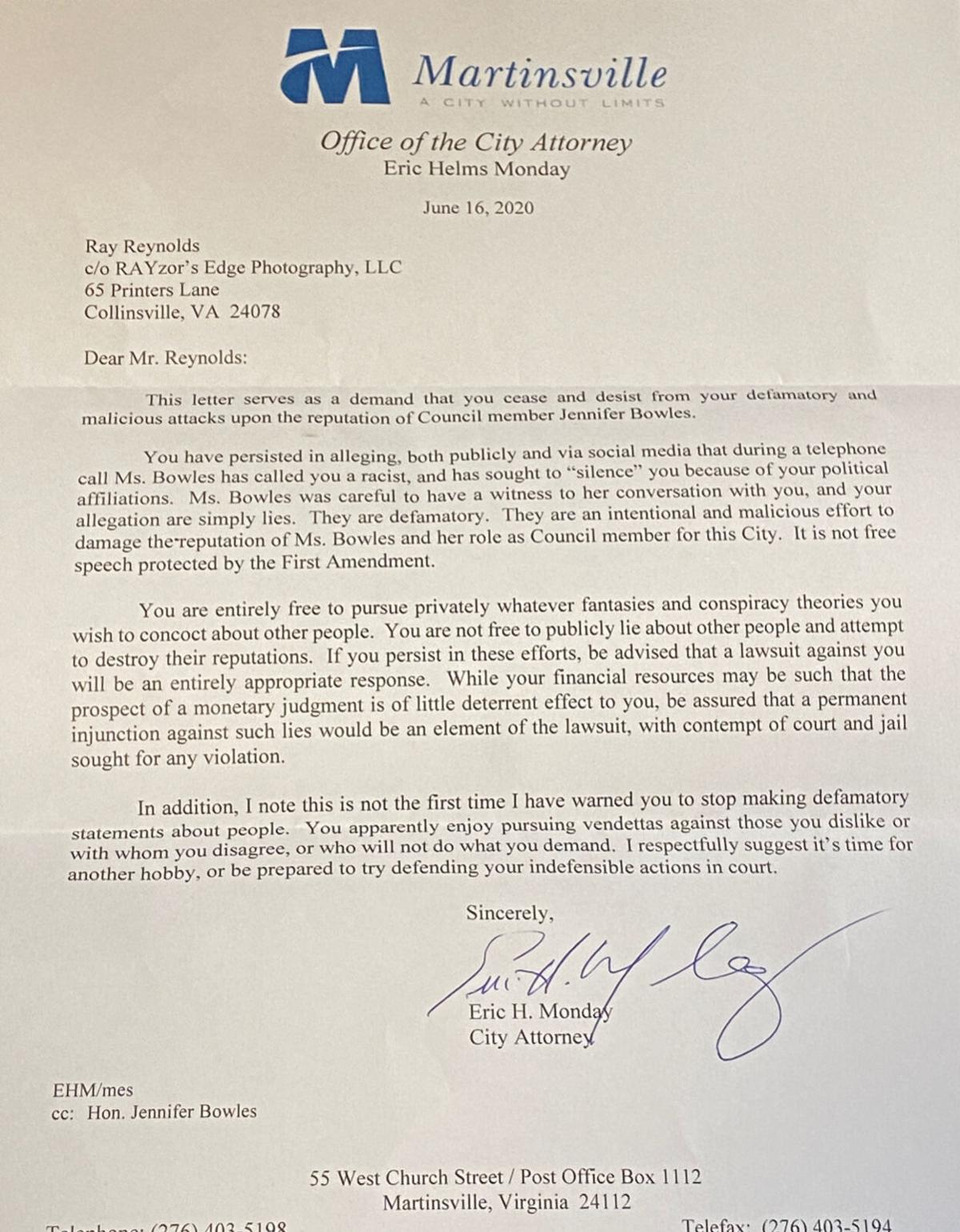 City Council Meeting 7-14-2020 from City of Martinsville on Vimeo.

Near the end of a long and detailed meeting, mostly about two new utility ventures, Vice-Mayor Chad Martin thanked Monday for acting on behalf of council member Jennifer Bowles.

"Most people know the paper - Facebook - our council lady was kind of harassed, and she asked him to step in on behalf [of her], and so I really appreciate the relationship we have in our city attorney in that we can call on and when need to be," Martin said.

Council Member Jim Woods pushed the issue up another notch by putting forth a motion to endorse Monday's letter to Reynolds.

"It [my comments] echo what Vice-Mayor Martin has said - I wanted to make a motion to endorse the letter that was written on behalf of Ms. Bowles by our city attorney having been there and heard that - we want to be in support because it's unconscionable to defame a person's character especially as a member of city council - a person who is a servant leader such as yourself [nodding to Bowles], so I would like to make that motion and would like that to be entertained by the chair," Woods said.

Monday's letter, sent last month on city stationery, demanded Reynolds stop making public comments as a result of a private telephone conversation he had with Bowles.

Reynolds, 59, a photographer and construction contractor and an admitted outspoken supporter of President Donald Trump, said he reached out to Bowles, an African-American, as a friend to ask her if she could help to defuse the escalating comments about his reputation on social media.

The conversation between Bowles and Reynolds turned public when Reynolds said Bowles refused to help and called him a racist.

Monday wrote a strongly worded letter to Reynolds in which he threatened civil action and then to pursue arrest and incarceration on what he said would be "contempt charges." The Bulletin reported the contents of the letter and what led to its development last month. Reynolds later retained an attorney to look at his legal options.

Before Tuesday night, city council had not, in public session, discussed the matter.

But stark words were exchanged when Mayor Kathy Lawson called for discussion after acknowledging the motion by Woods and seconded by Vice-Mayor Martin. Lawson also voted in favor of the motion, as did Bowles. Turner opposed.

"This [the personal conflict] is completely off-bounds and shouldn't happen between a businessman and an individual," council member Danny Turner said. "[The] city attorney has absolutely no business getting involved. ... And I won't agree with it.

"It shouldn't happen, and we ought to be ashamed by giving an endorsement to it."

Woods countered by suggesting that Reynolds had appealed to Bowles in her capacity as a member of city council and was therefore entitled to Monday's counsel.

"If the gentleman in question [Reynolds] had said, 'Ms. Bowles,' but when he frames her title as a council member, then it becomes incumbent upon the attorney of council to say this is unacceptable - again - that's what I would like to say and want to show, because I think it's important that we show our support of Ms. Bowles," Woods said.

Tim Anderson, Reynolds' attorney, said he would have a more complete statement after the city had responded to his FOIA request for information relating to the letter. The Bulletin has filed a similar request for documents under FOIA as well.

But Anderson did offer a reaction:

"I don't necessarily subscribe to the concept that just because someone invokes the title 'council person' that the city is obligated to engage in her defense with a cease-and-desist letter," Anderson said. "I don't follow that as a legal standing to use city resources when a person is clearly in the middle of personal defamation.

"This is not an action against the city, and for the city attorney to respond [on behalf of an individual] is a misuse of authority."

On Wednesday morning, Monday had no doubts about the way he has handled the situation.

At this week's council meeting, Bowles was at no loss for words.

"I just want to briefly say if it was just a personal matter - he was just like - 'Jennifer, I don't agree with what you're saying' - that's every day, right? Like - we have somebody that doesn't agree, but when you maliciously and with intent say, 'If you don't do this certain thing, I'm going to say this about you for being a council member, I'm going to make sure the TV and news stations know that you don't support me just because - whatever reason - and I don't want to divulge any further in the conversation, but the allegations against me are completely false," she said. "I mean - [Council Member] Danny [Turner], we got who everybody supports - I mean - we'll say that - and I support every citizen no matter who you support regardless and my role as a council member - so on that phone call - when he called me in my role as being on council, I did my job.

"I was like - OK - thank you - you did the right thing by going to the police. It's nothing further I can do.

"I can't react to what people are saying, you know, I can't control that - and then when he makes that threat, saying 'If I don't do that, he's going to do this, this and this in my role as council - even then, all I did was have a conversation with the mayor and the city attorney.

"But when he continued to push the envelope further with malicious attacks on social media - a 28-minute video against me - comments on people's sections and some of the things that I was hearing he was saying, which are rumored, but I had concrete evidence in my role as a member of council.

"And I'm sorry to divulge ,and I don't want to continue this conversation any further, but because it came up during council and my comments - I wanted to say this."

Anderson said the city had invoked additional time to respond to his demand for information related to the letter sent to Reynolds.

"Monday is not Bowles' personal lawyer," Anderson said. "We want to know how the city attorney gets to engage in this. Where was the authorization from council, other than retroactively?

"This is not a defamation lawsuit against the city. It's by an individual against another individual.

"Can the city use resources to do anything in that matter?

"Can the city use resources to get in the middle of a fight like this?"

OUR VIEW: This ugly finger-pointing isn't the city's business

Eric Monday won't provide communications demanded under FOIA by the attorney for businessman Ray Reynolds and the Bulletin.

Tim Anderson, attorney for Ray Reynolds, sent notice to City Manager Leon Towarnicki in a letter dated July 21 and explained it as the first step in what may become a lawsuit.