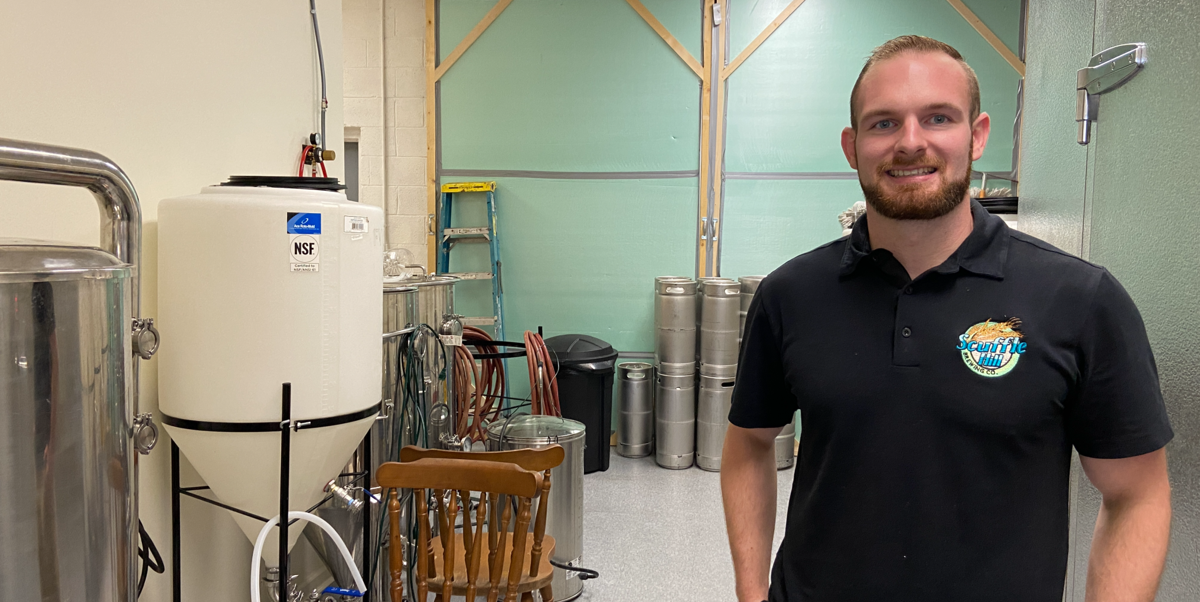 Jake Abell is the certified beer brewer and one of three owners of Scuffle Hill Brewery. 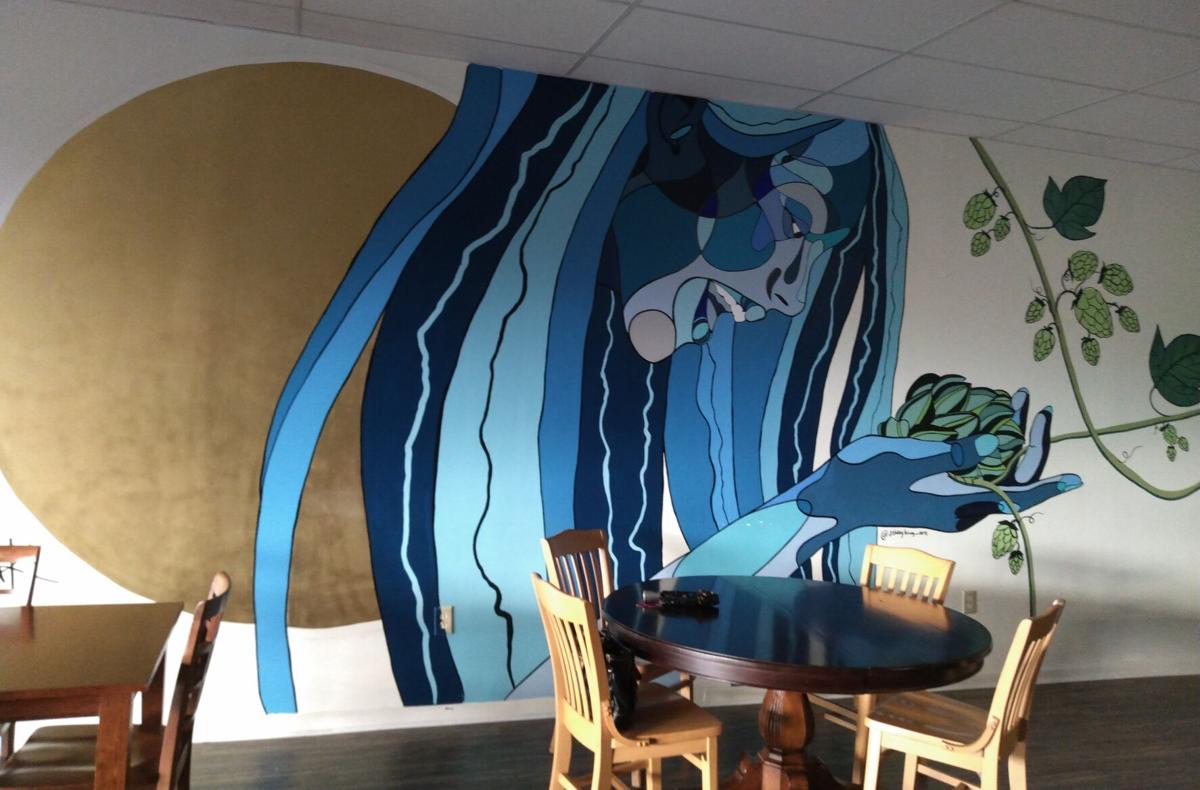 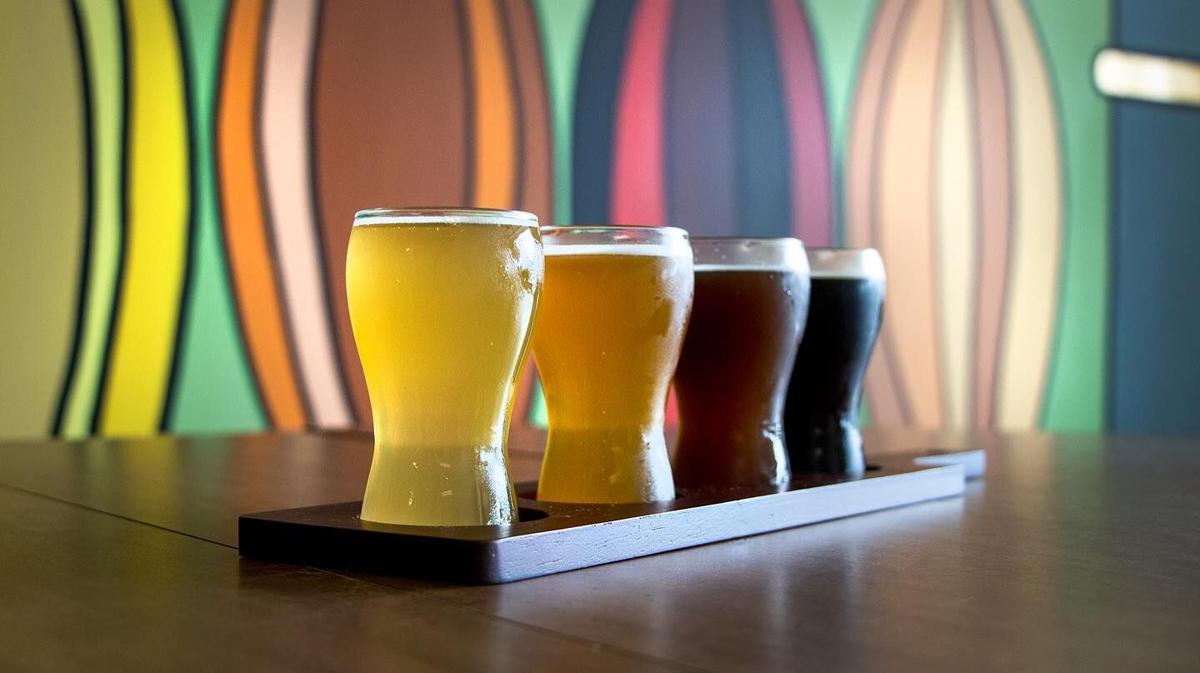 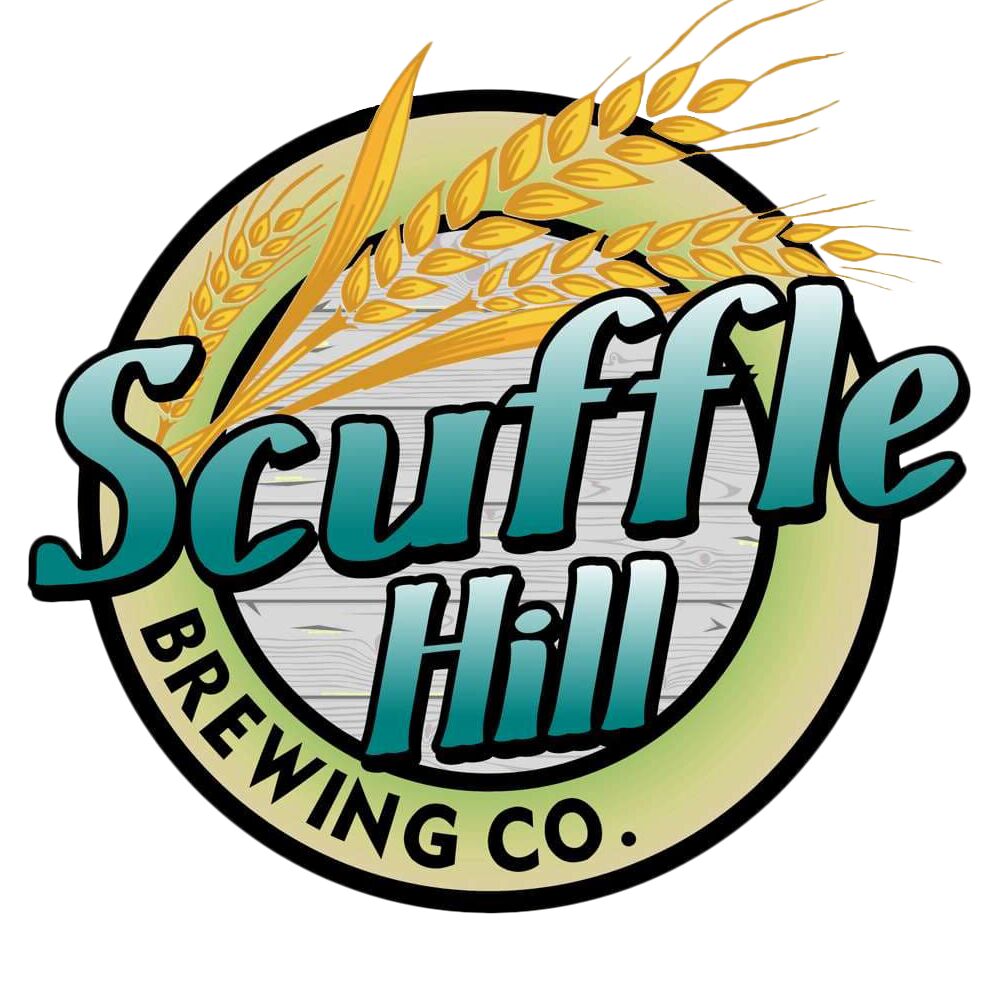 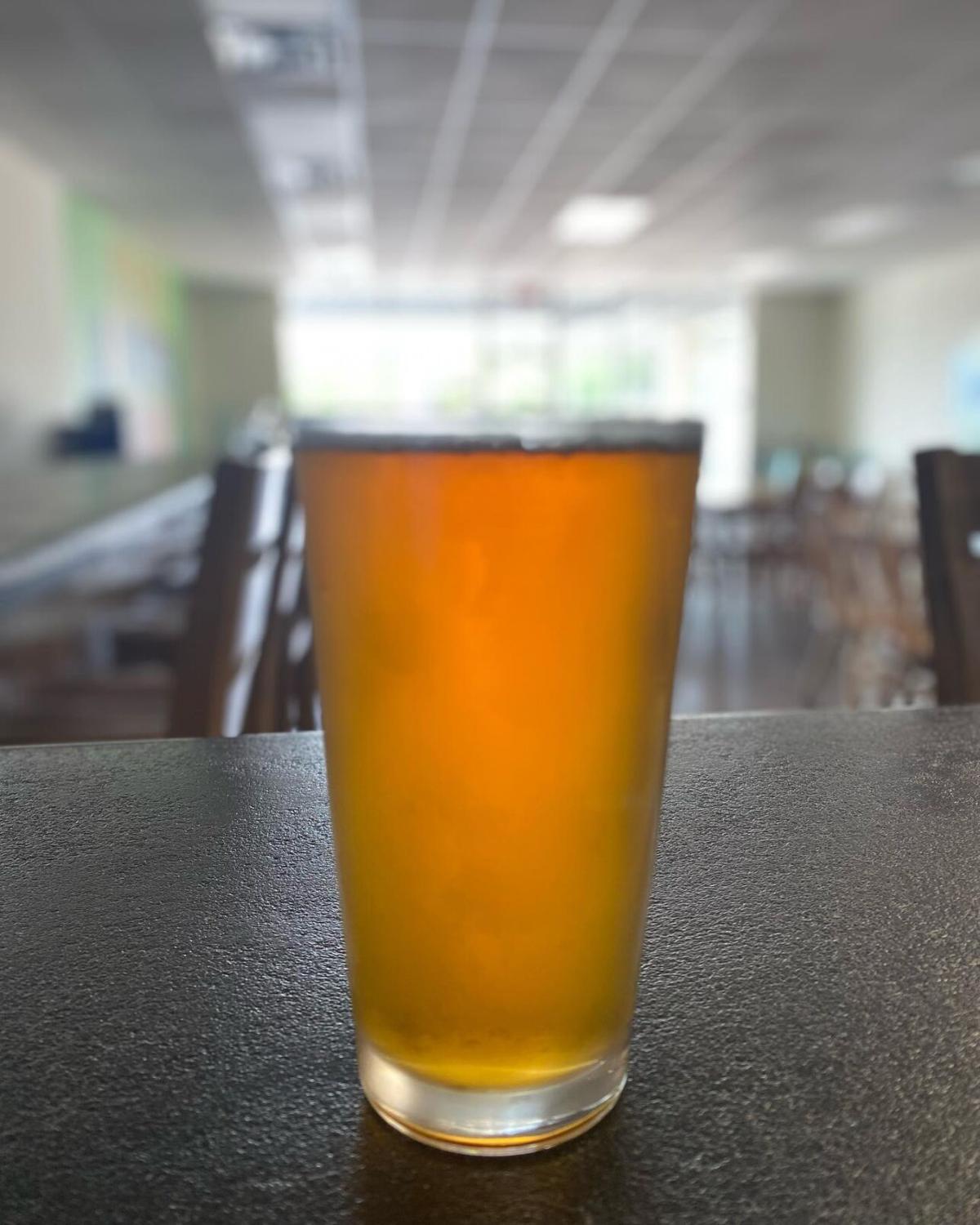 This is a pint of A Lighter Shade of Pale, a hazy pale ale by Scuffle Hill Brewery in Collinsville.

About this time last year, Jake Abell, his father, Jerry, and best high school friend, Michael Taylor, began renovation of the old Salvation Army Thrift Shop building in Collinsville, and for the past month they have opened their doors to the area’s newest locally owned craft brewery.

“One year ago it was a blank shell inside our taproom,” said Abell. “It’s amazing how far it’s come in a year.”

Abell came home to Henry County from the military with plans of creating a brewery.

In the Marines from 2015 to 2019, Abell said, “I served as military police, did presidential security for part of my tour and did multiple deployments.”

Abell said he helped trained the Mongolians for missions to assist the United Nations and was in South Korea helping to train soldiers there “when North Korea was acting up in 2017.”

“In 4 years I’ve seen the world pretty much,” he said.

One of the things he’s seen, while he was stationed in San Diego, was a craft beer scene that included no fewer than 150 local breweries.

“It’s called one of the craft beer capitals in the U.S. and I said, ‘Man, I really like going to breweries, I really like craft beer, I want to come back to my hometown when I get out of the military and I want to make a brewery,’” — and that’s exactly what he did.

“Why drink someone else’s beer when I can bring something to our town that we don’t really have and make our own product right here,” he said.

Abell became a certified beer brewer through a joint program by the University of Richmond and Virginia Tech.

“In beer you’re always learning, so every day I’m learning something new,” he said. “So was it difficult learning? Yeah, there was actually a lot of hurdles I had to jump through; make sure everything is carbonated right, make sure the flavor’s right, researching the right hops, making sure nothing’s too bitter, making sure the style you’re putting on the board meets the style guideline.”

As well as making beer, Abell, his father and Taylor created the ambience of the taproom.

They built the shelving, bar, chalkboard, and the hold-and-draw system. They hired Ashley King, a Hollins University graduate who works with students at Bassett High School, to paint the art inside.

Abell said the inspiration for the brewery’s name “originates from Gen. Joseph Martin. He had a plot of land named Scuffle Hill because he had to scuffle up the money to get it. ... We had to do the same.”

Scuffle Hill brews available now include The Lawnmower, an American light lager that is fermented as an ale: “Perfect to quench your thirst while mowing the yard, washing the car, picking the weeds or any other chore that needs to be done.”

Filling the historic beer style for Scuffle Hill is the 1902 Kentucky Common, referring to the original that was brewed in Louisville, Kentucky, from 1902 until Prohibition. “It was one of Louisville’s most popular beer styles until Prohibition killed it off,” he said.

The “easy drinking” Dick & Willie is an oatmeal stout named after the famous railroad that ran through Henry County and is now a walking trail.

The Big Chair is Scuffle Hill’s flagship blonde ale, hopped with El Dorado and Huell melon, “giving it a sweet taste and hints of melon.” The name, of course, comes form the world’s largest chair displayed in uptown Martinsville.

Da ‘Rona is a light-hopped, Mexican cerveza that is “refreshing with a slight aroma of lime peel.”

Abell and his crew concocted A Lighter Shade of Pale that is single-hopped made with Vic Secret hops falling into the category of a hazy pale ale.

Newest on the list is an American IPA titled Fall Beer Sucks, a dry-hopped brew made for “people that are already tired of pumpkin beers.”

Unique to Scuffle Hill is the lack of an in-house grill. They serve solely as a brewery, but encourage patrons to bring food with them, order and have it delivered, or take advantage of food trucks commonly seen in the parking lot nearby.

The focus of attention is on the beer, and that’s the way Abell likes it.

Bill Wyatt is a reporter for the Martinsville Bulletin. He can be reached at 276-638-8801, Ext. 236. Follow him @billdwyatt. Samantha Evans contributed to this report.

Scuffle Hill in Collinsville hosts Trivia Nights and other events

Jake Abell is the certified beer brewer and one of three owners of Scuffle Hill Brewery.

This is a pint of A Lighter Shade of Pale, a hazy pale ale by Scuffle Hill Brewery in Collinsville.