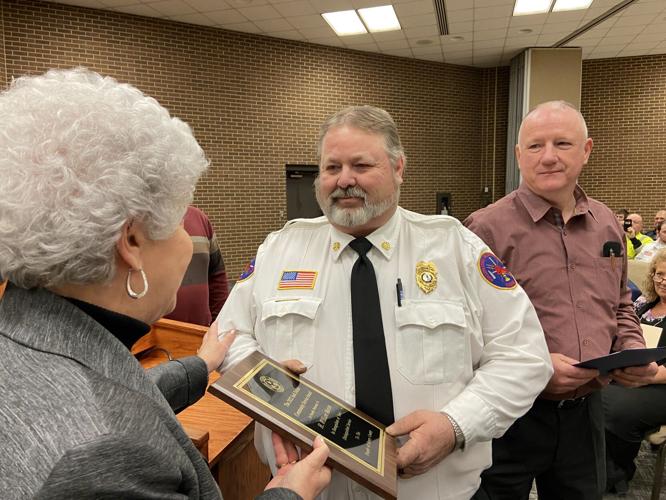 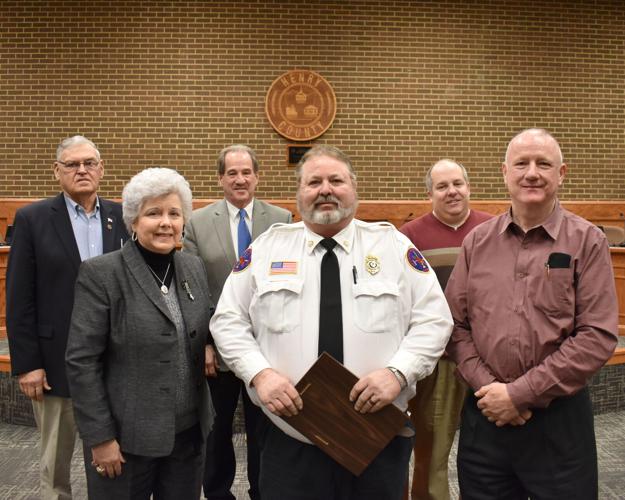 Martin joined the Fieldale Volunteer Fire Department in 1987 and became the department’s engineer after finishing firefighter and hazmat training.

“I’m feeling a little overwhelmed,” Martin said. “I was not aware of this tonight. I just try to be the person I was raised to be and I’d like to thank my mother.”

Williams also serves as President of the Horsepasture Rescue Squad and is active with fundraisers for both departments.

Martin volunteers with the Smith River Clean Up every year and volunteers to perform handy work for several widows in the community and mowing yards for people who are unable to do so. He also takes food to shelters for the homeless and the Rainbow House for battered women.

Martin has also been seen helping people by the side of the road whose vehicle had broken down.

The Board of Supervisors established the Jack Dalton Community Service Award in 2001 and is presented annually to the Henry County resident who best exemplifies the standards for community service set by Dalton before his passing.

The Board reviewed all nominations and ranked the top three in accordance with their individual preference before selecting a winner.

Did you know that these small insects can create ocean currents?

US to build larger military presence in Philippines

US to build larger military presence in Philippines