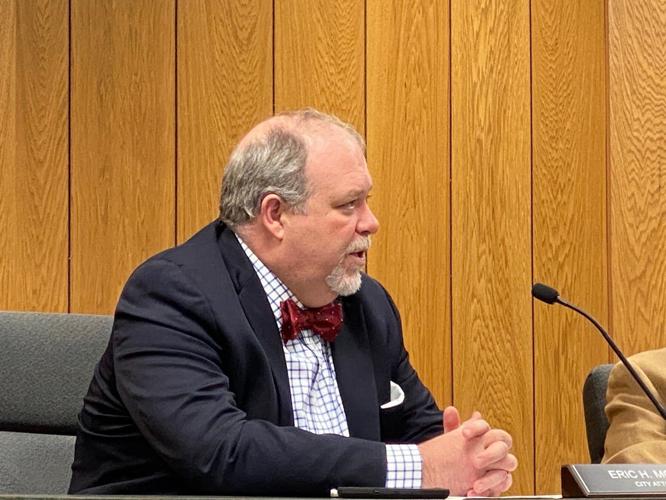 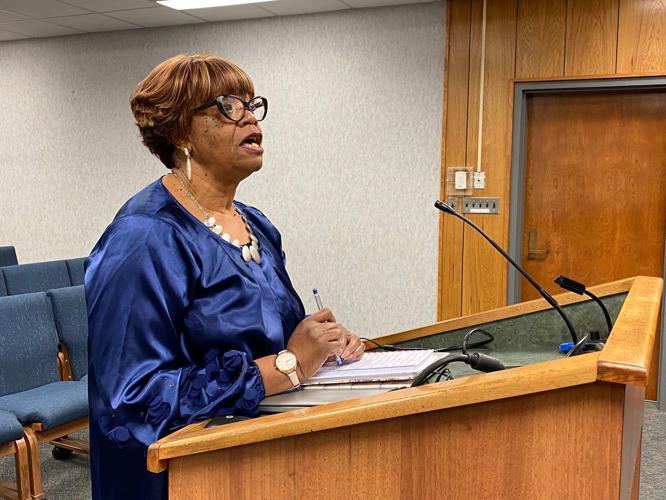 Resident Mary Farris asks the council about effects of reversion. 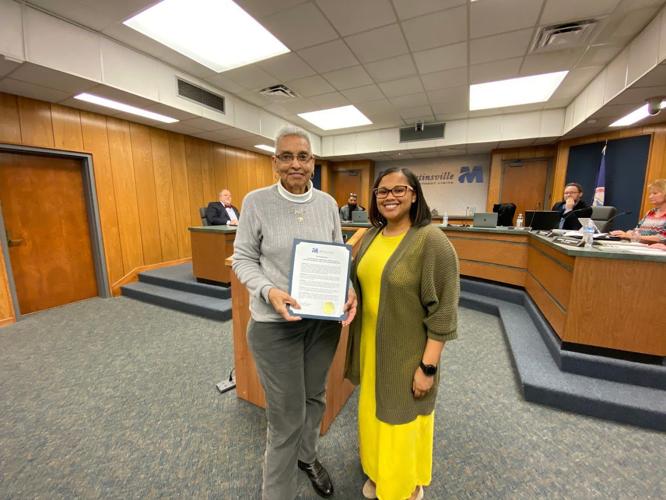 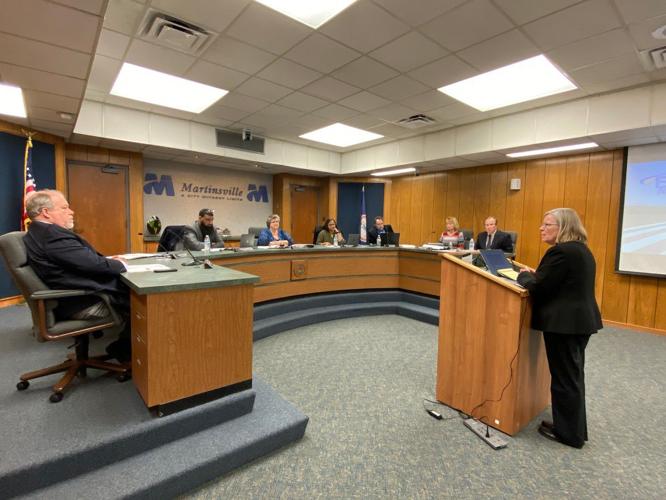 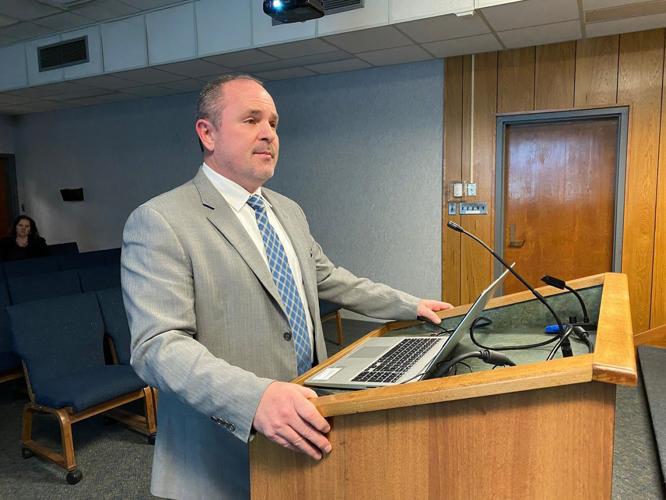 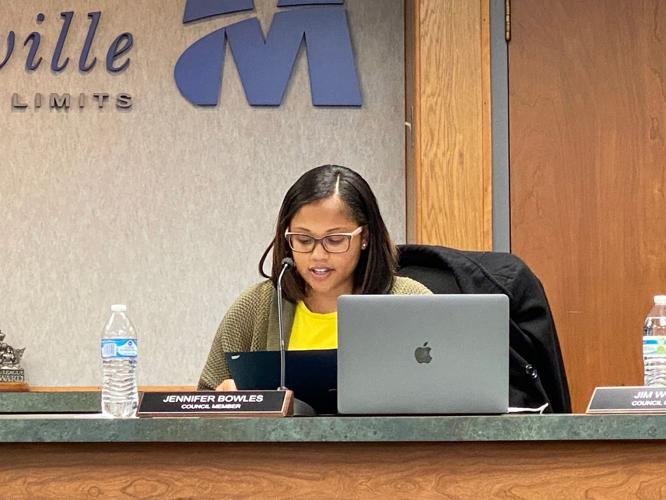 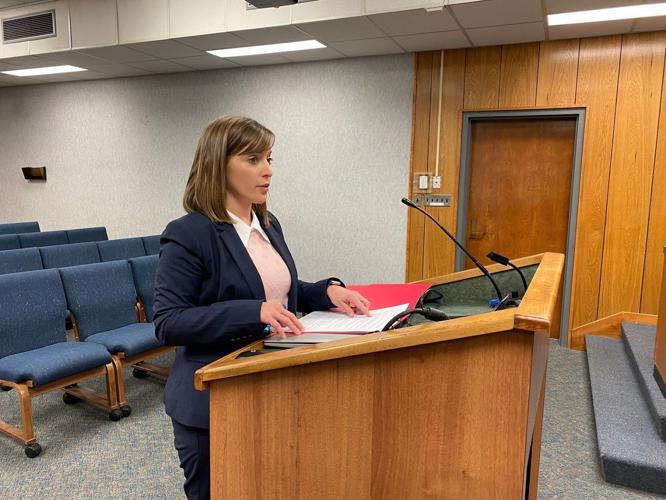 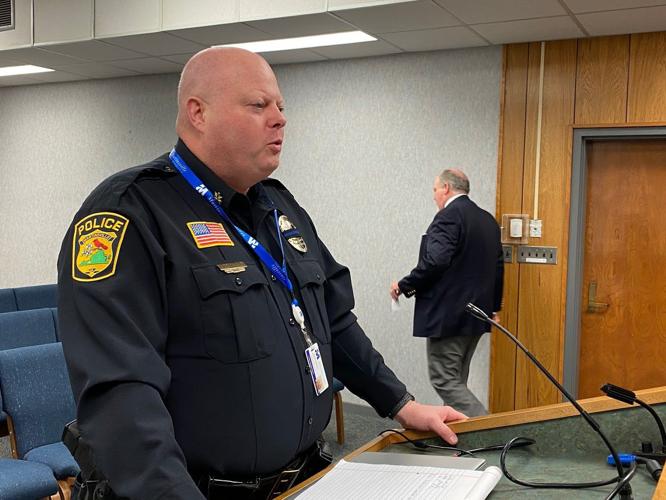 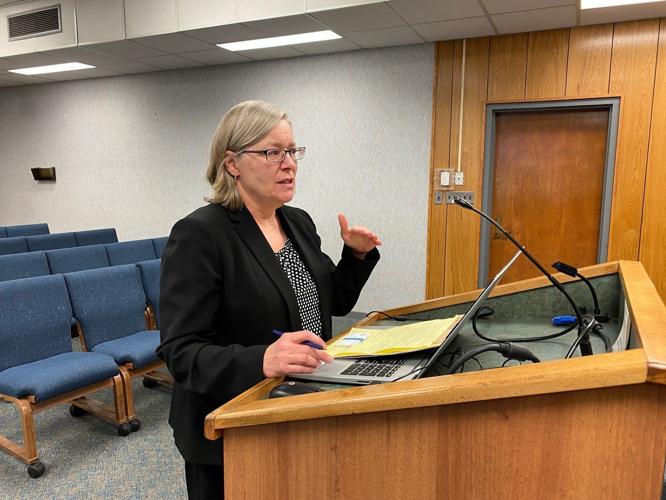 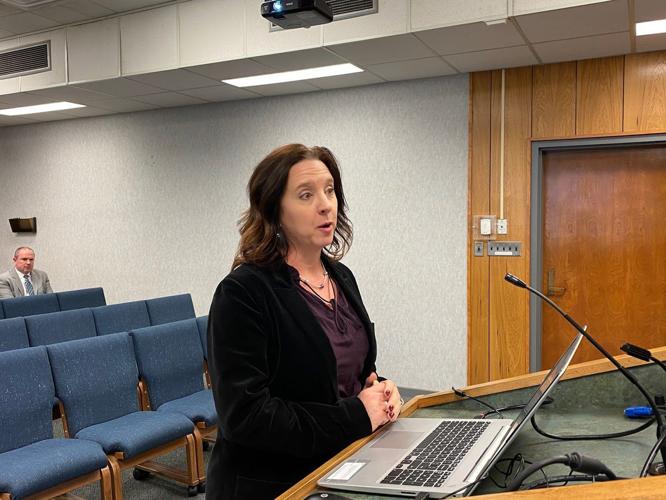 Tonya Davis discusses a volunteer committee she is forming to help with the 2020 Census.

Their reason: They positioned the city in case the rules of the reversion process were to change.

Assistant City Manager and City Attorney Eric Monday said Delegate Danny Marshall (R-Danville) had filed bills with the Virginia House of Delegates that would “give Henry County veto power over the reversion process.”

“They are seeking to change the rules once the game has started,” Monday said. “It’s a belt-and-suspenders approach.

“If the bills pass, we want it very clear in the event we have to argue [in court] that this process began under the existing 1986 law.

“A written resolution memorializing it could carry weight in a court of law.”

Monday then updated council members on where the city was in the process that was set into motion seven weeks ago.

“Our petition will be filed later in the spring. We’ve been sent a checklist, and we’re working on that here,” he said.

The city also maintains Henry County is obligated to help pay for repairs to a roughly 6-mile sewer line from near Fieldale to the city’s wastewater treatment plant near Forest Park Country Club.

“Litigation considering the sewer is largely finished, but not filed yet,” Monday said. “Once filed, it [a decision by a court] will take 18 to 24 months.”

Henry County officials contend the repairs are the responsibility of the city.

“If the county, at any point, wants to talk about everything, not just schools, we could resolve this at anytime,” Monday said. “It takes two to tango, and right now we’re dancing by ourselves.”

In December, the Henry County Board of Supervisors offered to meet with City Council to discuss the possibility of merging the school systems if council would put off voting to revert.

During the public comments portion of the meeting, resident Mary Farris asked how reversion would change the lifestyles of residents in Martinsville and what would happen if Martinsville reverted to a town.

She said she was speaking on behalf of a number of people in the community who didn’t understand the process and wanted more information. Monday offered to meet with Farris and others at a location of their choice and answer any questions they have.

Public Defender Sandra Haley told City Council her office serves Martinsville and Henry and Patrick counties and is staffed with seven attorneys, covers nine courts in the 21st circuit and must defend their clients against 15 prosecutors.

“We have a full-time investigator, a paralegal and an office manager and secretary,” Haley said. “We represent indigent people in the community who cannot afford an attorney … everything from littering to capital murder.”

“Pay is dramatically behind the prosecutor’s office pay,” Haley said. “As body-worn cameras increase, so does the time it takes to review a case. You have to have a laptop all the time reviewing [video] and taking notes.”

Haley said she was happy a legal aid office would soon be open again in Martinsville.

“We refer civil cases to them. Looking forward to hearing when they hire an attorney,” she said.

VLAS Executive Director David Neumeyer said the organization is in the process of hiring an attorney and plans to open sometime in February.

“You understand the value of the airport,” Davis said. “Blue Ridge indirectly supports 112 jobs and $3.7 million in wages. We are an economic engine.”

Through an FAA grant and help from The Harvest Foundation, Davis said the airport will begin lengthening its runway from 5,002 feet to 6,000 feet in April.

“Completion of the project is projected to be 2025. It would have been 2031 without Harvest,” Davis said.

The added length will make Blue Ridge accessible to larger aircraft and will eliminate diversions to other airports when the weather is bad.

“It takes longer for big aircraft to brake on a wet runway. We lose planes to Greensboro sometimes when that happens.”

Davis said he expects a 40% to 50% increase in traffic when the new section of the runway opens.

Also at the meeting, council members:

A Virginia House of Delegates subcommittee has killed two bills that would have allowed local residents to have a say in Martinsville’s reversion.

Hearings before the state's Commission on Local Government were to have started Monday.

Commission on Local Government agrees to an extension in the process to allow the two sides to settle their differences.

Resident Mary Farris asks the council about effects of reversion.

Tonya Davis discusses a volunteer committee she is forming to help with the 2020 Census.