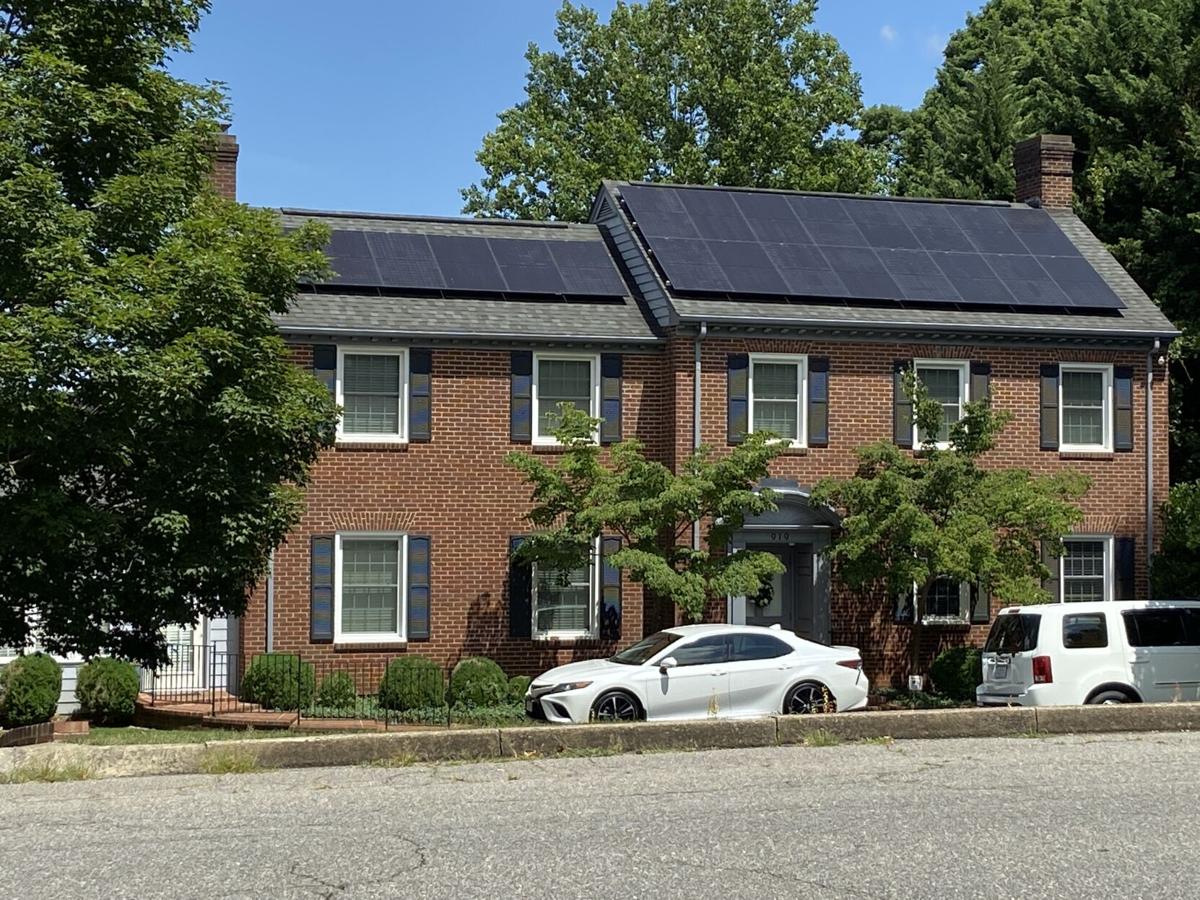 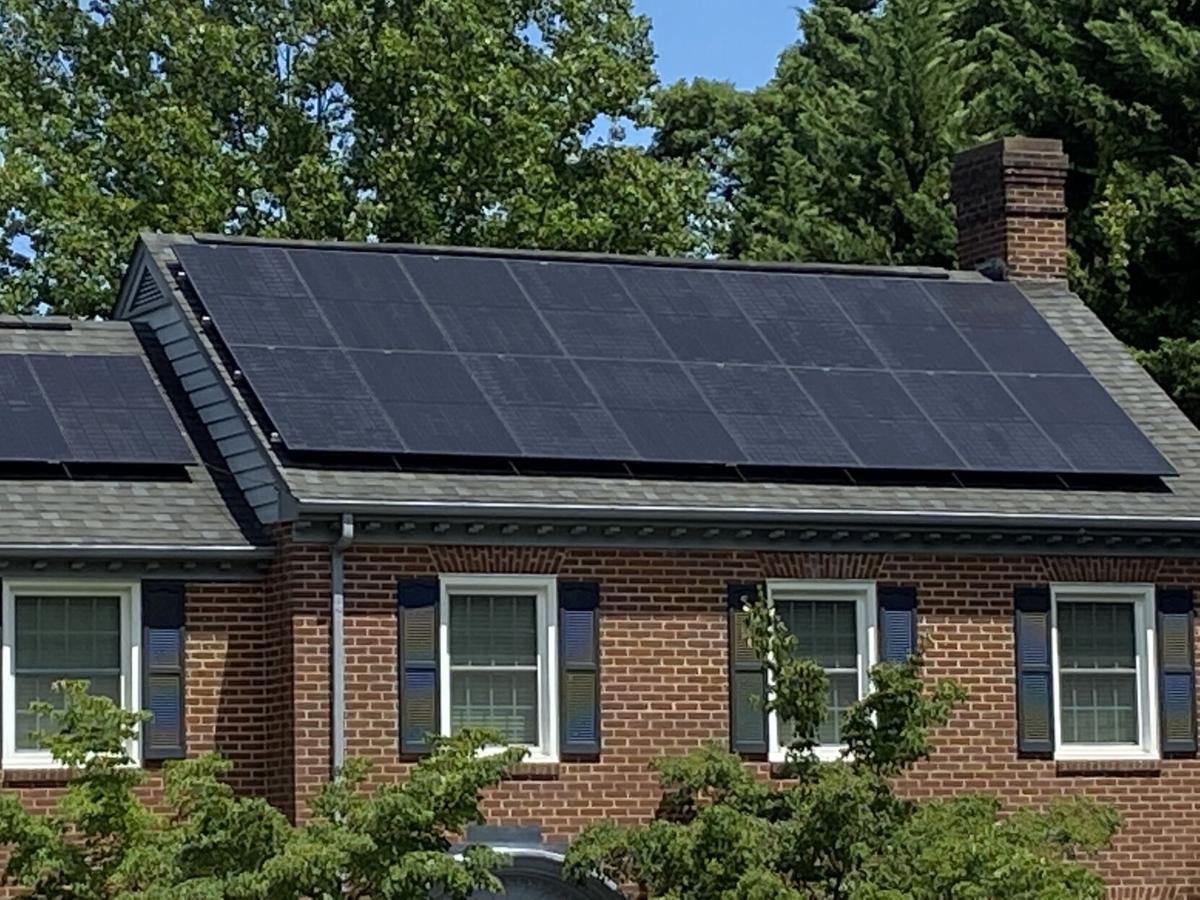 The peak of summer weather — about now, when most everyone sees a bump in monthly electricity bills — is prime time for solar panel companies to approach residents and businesses with a way to reduce those costs, which may not be so simple if you live in Martinsville.

“The company is knocking on your door, and they make it easy. The savings can pay for the cost of the system, but it might take 10 or 15 years,” Joyce said.

He said he reviewed a few of the power purchase agreements city residents were being offered and found out some leases lasted as long as 25 years.

Here’s how it works, based on Joyce’s presentation:

A solar company contracts with a homeowner or business owner to place solar panels on the roof of a house or building. The owner gets to use as much power as necessary from the panels, and the solar company promises to purchase the excess electricity the panels produce for the duration of the agreement’s term.

The city of Martinsville, whose utility company now services all such customers, would lose the income from the power it had been selling but will be in position to receive and sell any excess power the solar panels produce and the owner does not consume.

That arrangement requires the owner to have a battery system to store the power collected when there is low consumption, and it requires the city to adjust its grid to collect incoming energy and not just send it out, as it does now. To do so without new equipment could jeopardize the power grid that serves an area.

“In order to establish an approved method for any such connection, an interconnect agreement has been prepared,” Joyce told City Council.

And if all this sounds overly complicated, the “agreement” Joyce presented to City Council was 54 pages rife with legalese, several members of council admitted, that on the surface limits the amount of solar electricity a resident may produce, requires perhaps significant expense with the city and requires that the project be approved by the city’s Electric Department.

“Any costs or upgrades on our side would have to be covered by the customer during installation,” Joyce said. “It is [required so as] not to cause problems with our system [and disrupt electrical service].”

Council approved the agreement, 3-2, with council members Danny Turner and Tammy Pearson opposing. Mayor Kathy Lawson was an advocate, saying she had been approached by a homeowner she didn’t name and that the city needed an agreement such as this to accommodate the homeowner’s wish to install panels.

“I don’t see the rush today,” Turner said. “There is no need to make a knee-jerk reaction to a 5-minute presentation that’s 54 pages [long].”

When Will Giese, Southeast regional director for the Solar Energy Industries Association, a national trade association, received a copy of the agreement to review, he decided to send a letter to Lawson.

“If it is the intent of the City of Martinsville to build jobs in solar and create savings and business opportunities for its residents, the program and interconnection application as designed will likely not accomplish this,” Giese wrote. “Martinsville should consider that a customer should only pay for the construction of the meter socket and nothing else.”

Described in Joyce’s 54 pages is a $100 application fee an owner would pay to the city and as much as a $5,000 interconnection study deposit, depending on the size of the planned solar project. The foundation for such costs was not discussed in his presentation.

This “is prohibitively expensive and not based in any actual estimated costs as far as I can tell,” Giese wrote. “Ideally, a system installed with storage and advanced inverters would be the preference from a grid operator’s perspective” and “should be exempt from those study costs.”

Joyce did not respond to questions, but City Manager Leon Towarnicki said the process involving fees and a lengthy application is intended to act as a means of protecting the homeowner.

“A homeowner being pressured by a persuasive vendor may overlook or not get the full story on cost versus benefit,” Towarnicki said. “The city cannot make decisions for homeowners in situations like this but can certainly provide information that may allow the homeowner to make an informed decision.”

High-pressure sales tactics, making unrealistic claims of performance and promoting the leasing of solar panels over buying them are the typical complaints from many consumers who have purchased solar panels and found the results didn’t measure up to the hype.

“The city can help provide information on electric consumption, which is one of the key factors determining viability of a solar project,” Towarnicki said. “Also, unless a homeowner is considering some type of battery storage with their project, they need to understand that solar power production occurs during daylight hours, not at night, and if the majority of their consumption is evening or night hours and they perhaps are not home during the day, it may be difficult to justify a solar project based on savings or avoided cost of using grid electricity.”

The larger picture is this: Solar energy still represents less than 1% of U.S. electricity, but it is profoundly affecting the process. Utilities have long-established distribution systems that move electricity in one direction only.

Now, seemingly overnight, these systems are being required to adapt to electricity flowing both ways, to and from consumers, and to do so safely and reliably.

“The desire to connect those resources to the city’s electric grid and back feed power to the system is becoming more common,” Joyce said.

Giese suggested the city was making its problem the resident’s problem and, in so doing, discouraging solar energy from growing in Martinsville.

“There is no need to ask all of this overly complicated information, nor is there justification to duplicate information,” Giese wrote to Lawson. “It should be the utility’s responsibility to find out what the utility side portion of a system interconnection is, not the customer or developer.”

Towarnicki said he “thought Joyce was working on a shorter version of the agreement to use for residential situations.”