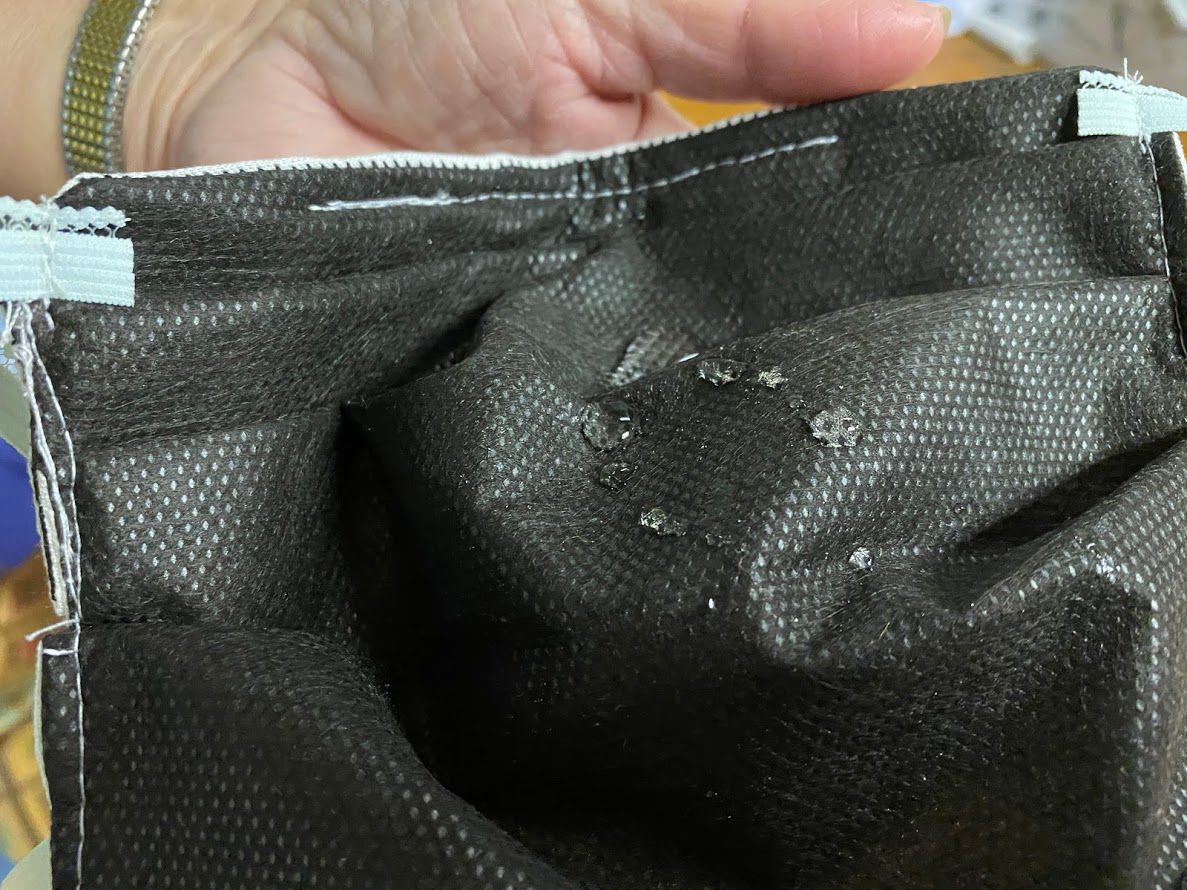 Locally produced mask conforms to the requirement of keeping water droplets in while allowing air to pass. 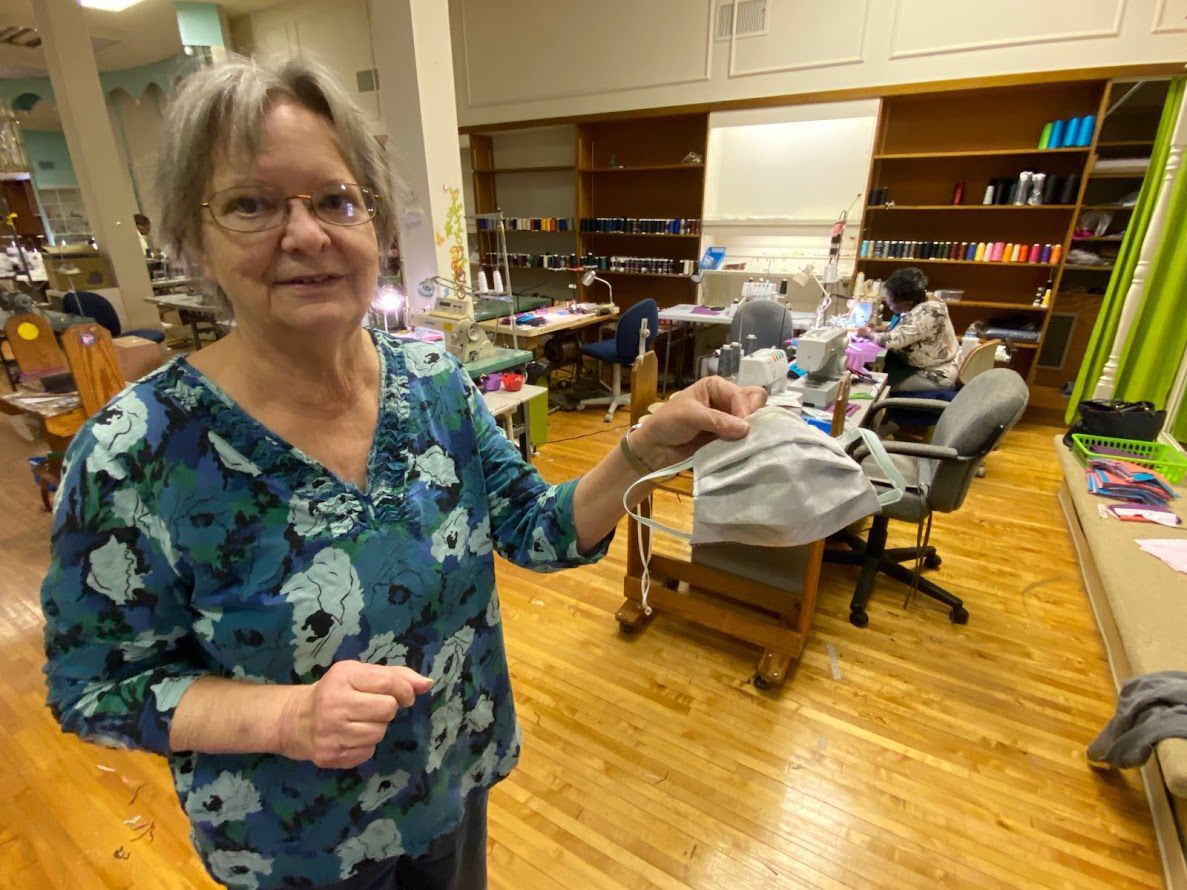 Sharon Sleeper shows a mask made in her shop that meets the requirements for use in the hospital and nursing homes. 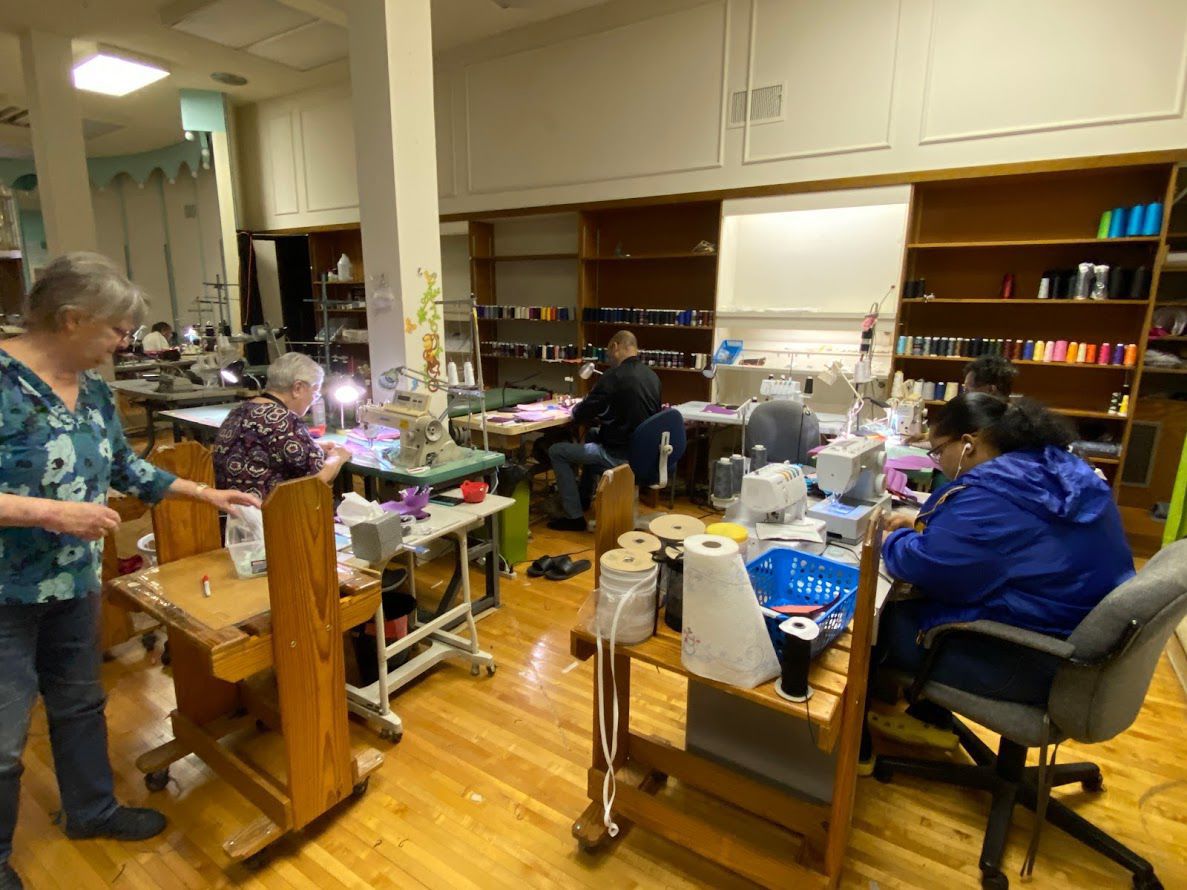 Sharon Sleeper has five employees helping to produce masks for local medical use. 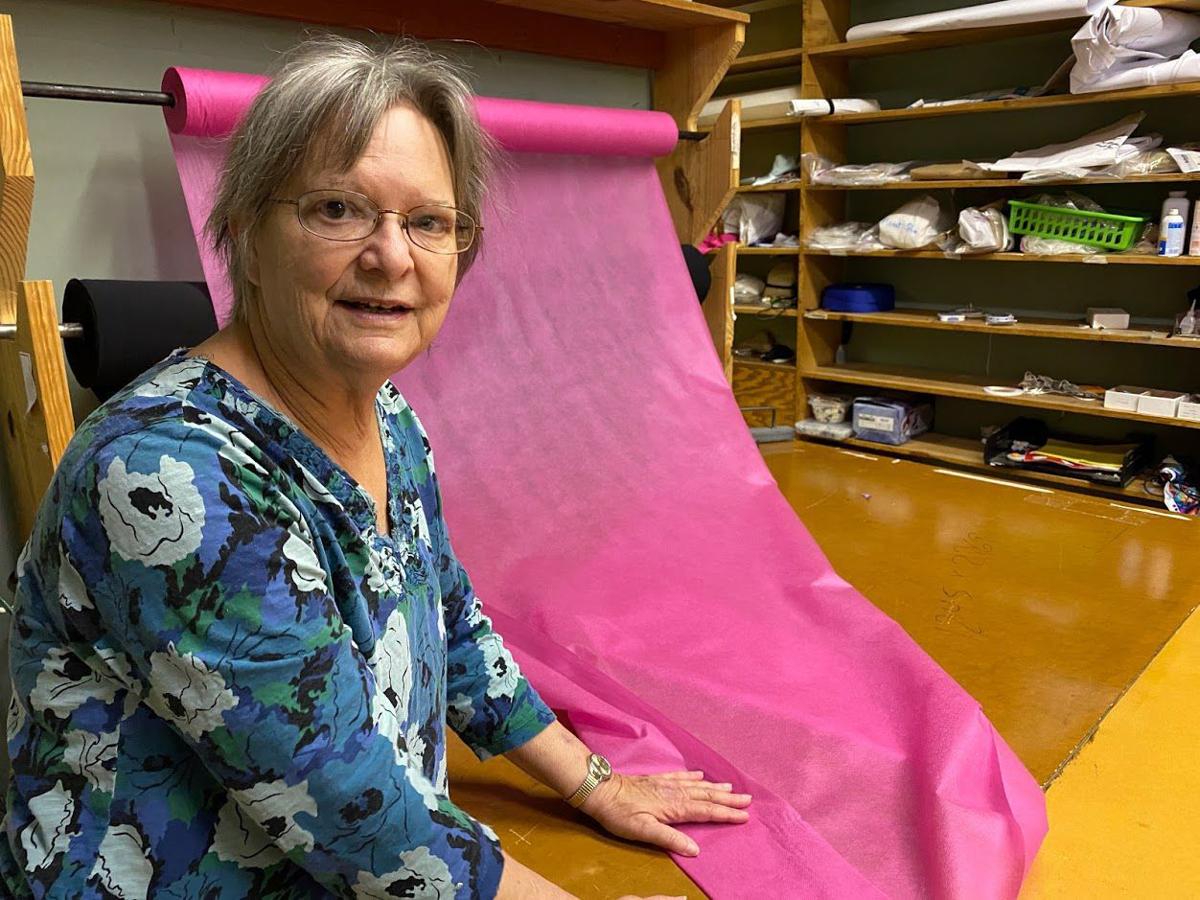 Sharon Sleeper showing fabric used to make masks that will be medical grade later this week.

Three weeks ago the Department of Health and Human Services admitted the United States had about 1% of medical-grade masks that would be required if the outbreak of COVID-19 escalated into a pandemic.

“This is the first pandemic caused by a coronavirus,” Ghebreyesus said at a briefing in Geneva.

And now with a worldwide shortage of respirators and surgical masks, one woman with five employees in Martinsville is using her experience and knowledge to try to ease the situation locally.

Sharon Sleeper was a nurse for 39 years. She runs a sewing shop in town and specializes in designing original pieces. When she learned the local hospital, nursing homes and assisted-living facilities were either low in supply or out completely — she went to work.

“We first learned how to make them [masks], so they would meet the requirements,” Sleeper said. “Once we decided we could do it if we found the right material — we realized the process for getting federal approval to make them would take too long.”

Late last week the approval process changed, making it easier for people like Sleeper to file her intent, develop a prototype and start production.

“Once we got the measurements right and the size, then we had to work on combining the material so that it holds water droplets in but allows air to pass through,” Sleeper said.

Sleeper took one of her prototypes and placed it beneath a faucet with water running to show it was completely waterproof on the side that touches the mouth and nose of the person wearing the mask but that it also allows air to pass through unobstructed.

Once the masks were made to specifications, her team of five dedicated sewers began producing them as quickly as possible.

“We still had one problem,” Sleeper said. “Even though it [the mask] met the safety requirements, it was still too heavy, so we’ve found a supplier with the material that will allow us to make the mask within the weight requirement.

“By Wednesday we should be making a medical-grade mask that’s fully compliant.”

Sleeper asked the Bulletin to describe her location only as a “facility in Martinsville.”

“We’re making these for medical professionals,” Sleeper said. “We are not taking orders from the public, and all of us are too busy right now to talk about it.”

Sleeper said her first priority is to the hospital and nursing homes.

Vice President Mike Pence announced new legislation last week that resulted in an order from the White House of 500 million masks. Bloomberg Law has since reported that the masks are to be manufactured in China, and it could take 18 months before they are delivered to heath care providers.

Although it may be surprising that masks would be ordered from the same country where COVID-19 originated, The New York times reports that more than half of the world’s masks were made in China before the pandemic.

Although they have increased production dramatically, the Chinese have been using most of their own inventory in dealing with the virus in their own country.

Prestige Ameritech is the biggest manufacturer of masks in the U.S. Previously that company produced 250,000 masks. Even though they have set a goal to increase production four-fold, health care providers are only getting about 20% of the supplies they order, according to the American Health Care Association.

Sleeper says there is another fabric company in town that will be working with her to expand operations to include hospital gowns. She did not identify the company for fear its managers would be bombarded with orders.

“We found a supplier for the material in Georgia,” Sleeper said. “We have already sent someone down to get what they have. Right now I have enough material for about 300 masks.”

“If one of us gets sick, we all go home,” Sleeper said. “Every one of us has a station set up at home to continue production if that happens.

“We will keep working and doing what we can do.”

A 14-year-old Martinsville girl who had been missing since June 17 has been found.

The case is not closed in the death of a Snow Creek woman that had been ruled a suicide by the state medical examiner, Henry County Sheriff La…

There were a dozen cases on July 4 and 14 more on Sunday.

Martinsville utility customers have until August 31 to pay up, make arrangements, or get cutoff

The City of Martinsville intends to start disconnecting utilities to any customers who are behind in their payments at the end of August and have not made arrangements to bring the delinquent account current.

A 14-year-old Martinsville girl who had been missing since June 17 has been found.

WATCH NOW: Black Lives Matter protests in Martinsville area have brought together the inspired youth of today with the veterans of racial injustice

A Black Lives Matter group started by two Henry County teens has joined forces with the Martinsville-Henry County NAACP to engage a new generation of activists.

A Martinsville woman is dead in a two-vehicle wreck on Interstate 81 in Pennsylvania.

Locally produced mask conforms to the requirement of keeping water droplets in while allowing air to pass.

Sharon Sleeper shows a mask made in her shop that meets the requirements for use in the hospital and nursing homes.

Sharon Sleeper has five employees helping to produce masks for local medical use.

Sharon Sleeper showing fabric used to make masks that will be medical grade later this week.