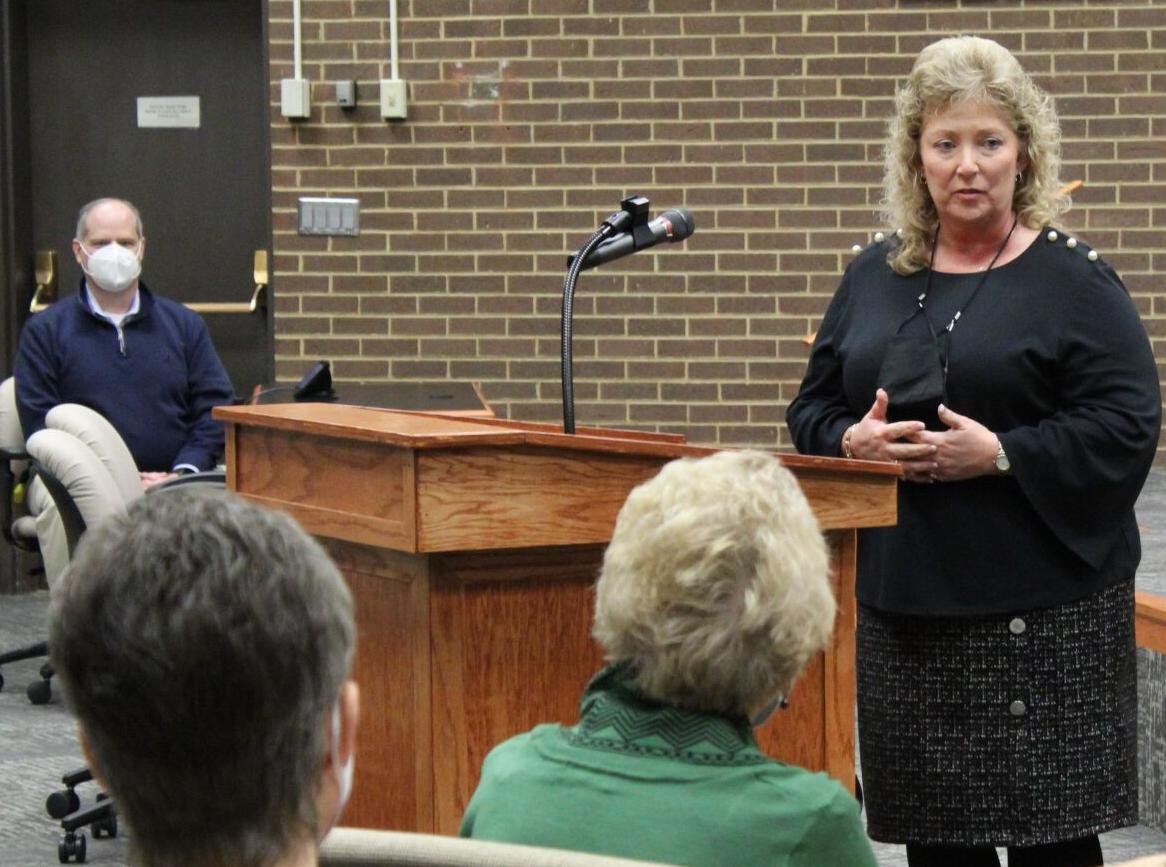 Dawn Stultz-Vaughn, the new general registrar for Henry County, thanks attendees of her swearing-in ceremony Monday afternoon for entrusting her with the position. 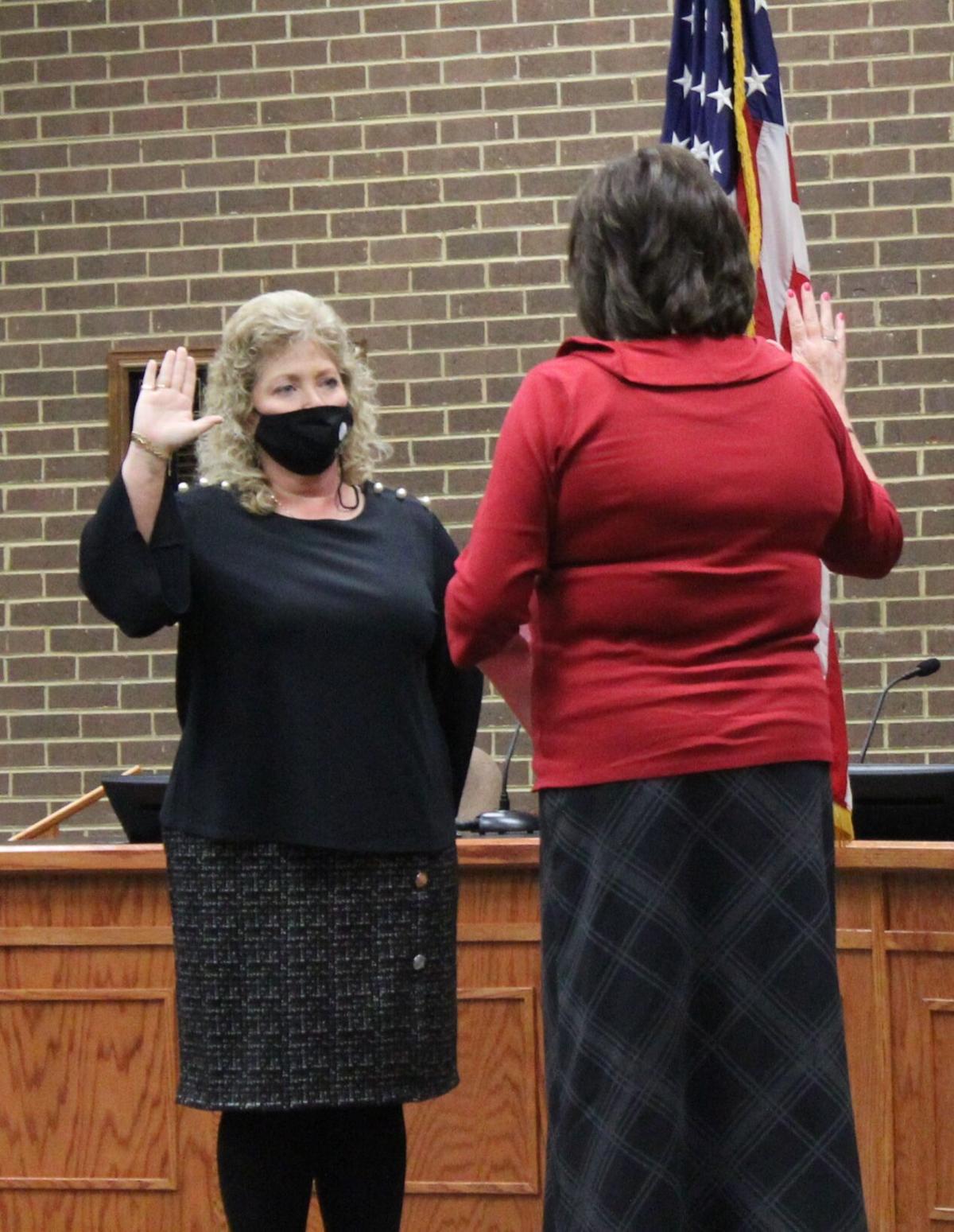 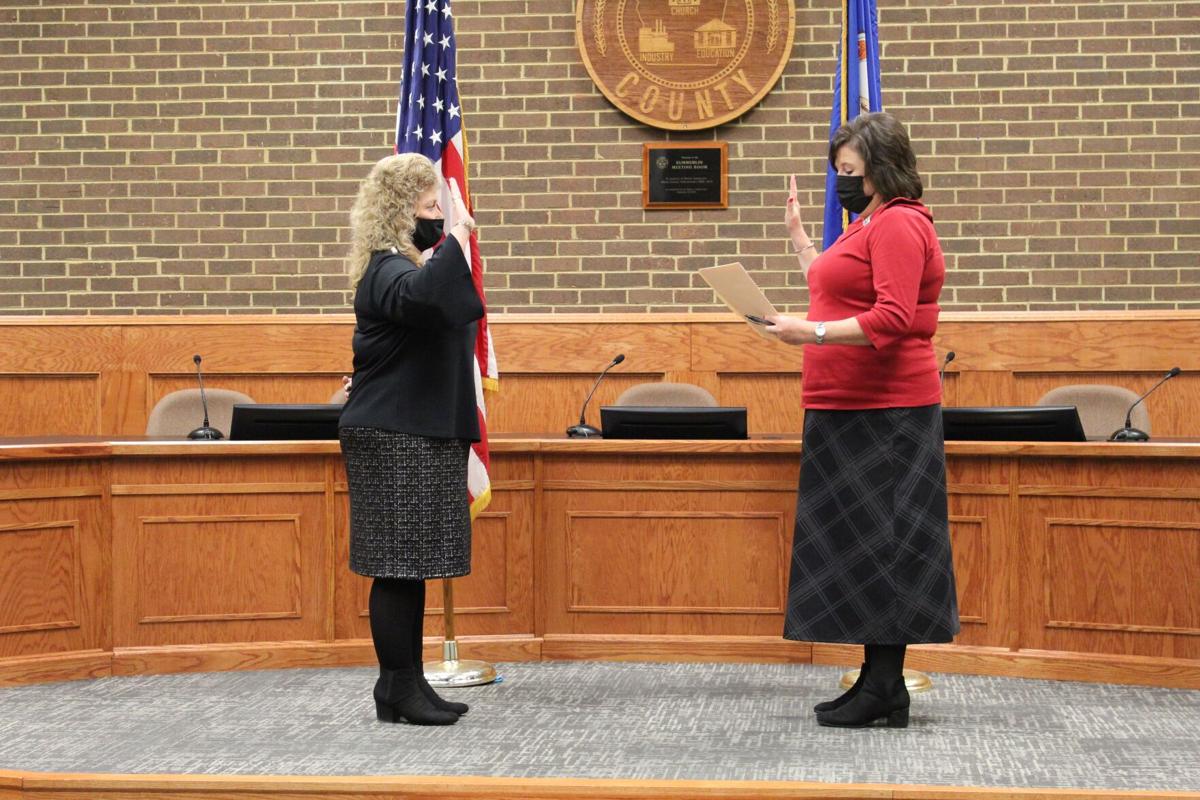 Stultz-Vaughn was selected by the Henry County Electoral Board to succeed Elizabeth “Liz” Stone, the longest-serving registrar in Virginia, who passed away shortly after the November election.

After taking the oath of office from Henry County Circuit Court Clerk Jennifer Ashworth, Stultz- Vaughn thanked attendees, who were limited in number because of coronavirus precautions, saying she has “big shoes to fill” but looks forward to serving the people of Henry County.

As general registrar, she is an appointed constitutional officer responsible for voter registration, the voting process and the tabulation of all elections.

Henry County Electoral Board Chair Rita Shropshire said of Stultz- Vaughn’s selection, “When we interviewed her, everything was so outstanding around her skills dealing with people, her education,” and her tendency of “working hard.”

“She has a real passion to work with the people of the county,” Shropshire said Monday.

Electoral Board Vice Chair Valeria Edwards praised Stultz- Vaughn’s “eagerness and excitement with regard to educating voters about registration and elections.”

Before taking on her new role, Stultz-Vaughn had served as training coordinator for the Piedmont Regional Criminal Justice Training Academy in Martinsville since 2017 and as a Martinsville city police officer for more than 21 years. Prior to that, she taught at Albert Harris Elementary School.

She earned a bachelor’s degree in interdisciplinary studies from Radford University, with double minors in political and social sciences, and as well as a master’s degree in criminal justice administration from Averett University.

Dawn Stultz-Vaughn, the new general registrar for Henry County, thanks attendees of her swearing-in ceremony Monday afternoon for entrusting her with the position.