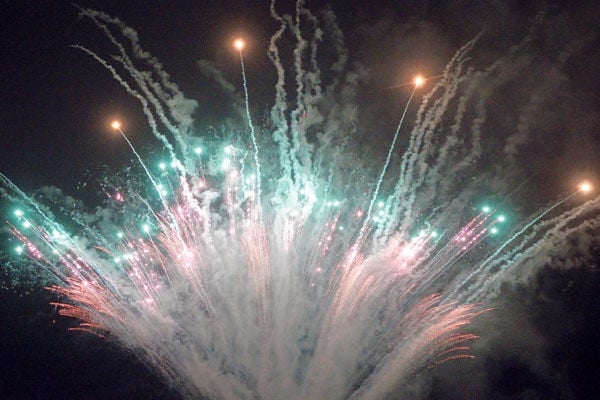 This firework during Celebration 2015 at Martinsville Speedway resembled a plant with outstretched leaves. 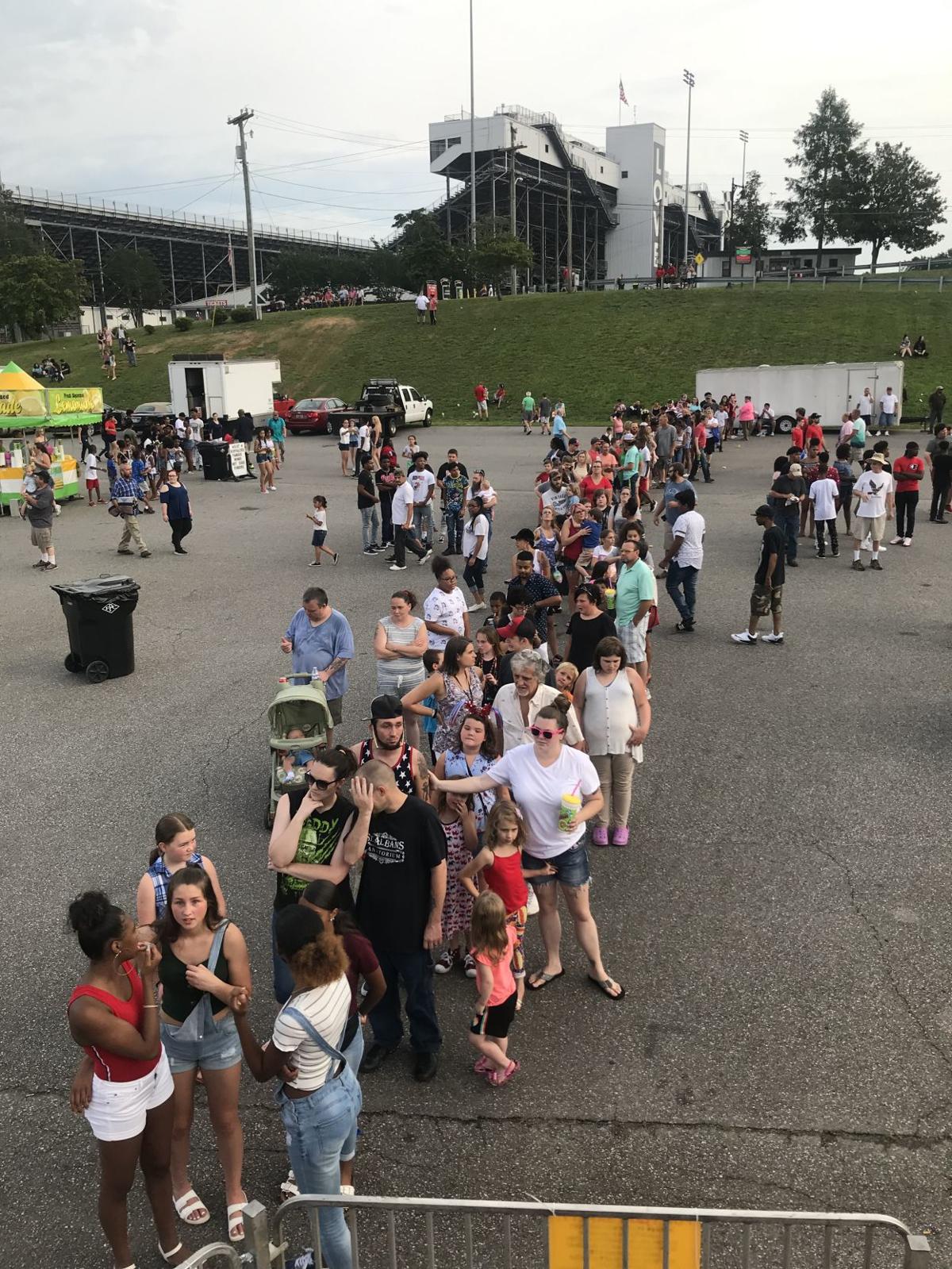 Festival-goers wait in line for the Ferris wheel at the July 4th celebration in 2019.

There apparently will be no large-scale “oohs” and “aahs” planned to celebrate July 4th in the Martinsville area this year.

The annual event at Martinsville Speedway — the Celebration, as it was called — was canceled last year because of the pandemic, and that has carried over to its cancellation for this summer as well.

And officials told the Bulletin Wednesday that there are no community-wide events being staged in its place.

Martinsville Speedway had announced the track has canceled what had been the area’s headliner holiday event “a result of the impact of the COVID-19 pandemic,” a statement from the track read. The event drew thousands with not only its fireworks but its full-fledged midway rides and concerts.

The Speedway instead will host a fireworks show on Sept. 24 as part of the Henry County Fair, which will be staged on the track’s grounds that week.

That show will be hosted by the Campbell Family Foundation, and track President Clay Campbell, and will include a concert by Josh Shilling & Mountain Heart. The show and fair will run concurrent to the annual ValleyStar Credit Union 300 late-model race at the Speedway.

The fair has a 3-day maiden voyage that culminates with those events.

But that has left a void on Independence Day.

Martinsville City Manager Leon Towarnicki said in an email he was unaware of any Fourth of July celebration events in the city planned for this year, and Henry County Deputy County Administrator Dale Wagoner also said there are no events planned in the county.

In recent years, Wagoner said, Henry County’s only involvement in the Fourth of July celebration was “providing some funding for the community-initiated event at the Martinsville Speedway.”

Connor Akeman, general manager of the Martinsville Mustangs, also said the team is not planning any fireworks for the Fourth of July weekend, as has happened in past year. The Mustangs will play home games on July 1 and July 5.

The Martinsville Ponies, a summer college baseball team affiliated with the Mustangs, will play at Hooker Field on July 4, at 3 p.m.

But Akeman said that, if the Mustangs do have any fireworks this summer, they would be displayed during the final week of the season.

Cara Cooper of the Bulletin staff contributed to this report.

Compromised immune system is believed to have rendered the vaccine ineffective.

The wreckage blocked the roadway.

Thanks to a generous donor, pets can be adopted when applications are approved for free from the SPCA on Tuesday.

Patrick County Sheriff's Office release said they were all acquainted.

This firework during Celebration 2015 at Martinsville Speedway resembled a plant with outstretched leaves.

Festival-goers wait in line for the Ferris wheel at the July 4th celebration in 2019.