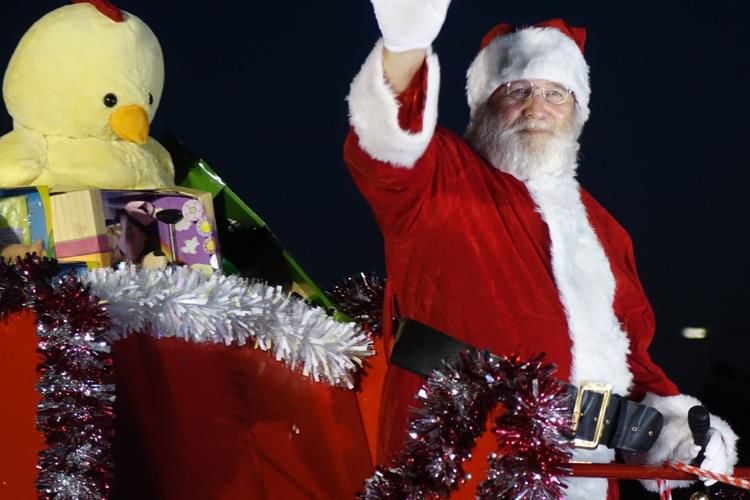 Each year, Santa Claus greets the crowds during the MHC Christmas Parade. This year’s parade will be Saturday evening. 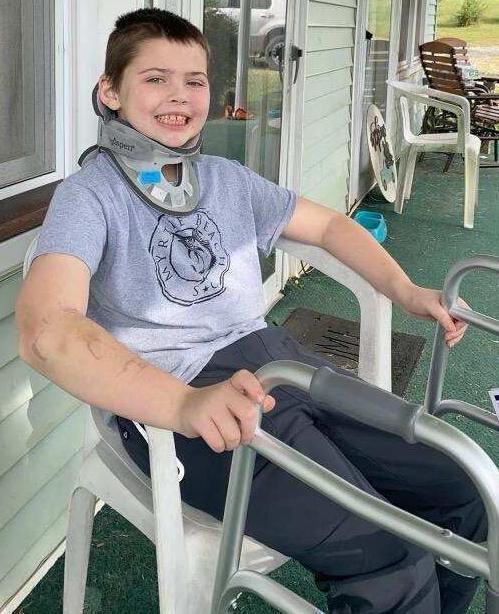 An order of procession has been arranged for the 88 entries in Saturday’s Ameristaff Martinsville-Henry County Christmas Parade, and some spots have been saved for more.

The parade starts at 5 p.m. and will run its usual route through town, starting with the line-up on Cleveland Avenue assembling at 2 p.m. Then at 5 p.m. the parade will travel across East Church Street, on to Lester Street, left at West Main Street and all the way down to Moss Street at the farmers market site. The parade will turn left at Moss and left again onto East Church Street and end where it started at Cleveland Avenue.

The grand marshal will be Jaxon Harris, the Axton Elementary School third-grader who was thrown 122 feet after being struck by a hit-and-run driver while getting off a school bus in September.

“Let It Snow” is more than just a parade theme: Three snow machines will make it a reality, of sorts.

The weather is expected be with highs Saturday rising up to the low 50s, between two frigid nights in the upper 20s.

The order of entries is:

35. Lilies of the Valley

45. US Corp of Engineers

52. Sons of the Confederacy

The parade’s organizer is Charles Roark of Star News and Hollywood Cinema. This is the parade’s 71st year; Roark took it over in 2016.

Applebee's restaurants, including the ones in Martinsville, Danville and Rocky Mount, have been bought by a Texas family-owned company.

A Martinsville man died in a house fire Saturday night on S. Barton Street in Martinsville.

Jordan Scott had a Christmas she will never forget.

The Harvest Foundation has become synonymous with economic development throughout Martinsville and Henry County, but after a 20-year history, …

A Patrick County man has died after being shot Friday evening, and a state trooper is on administrative leave while the incident is being inve…

Henry County Administration Building will open a 9 a.m. Wednesday due to the potential for refreeze on the roadways. Henry County Public Schoo…

Each year, Santa Claus greets the crowds during the MHC Christmas Parade. This year’s parade will be Saturday evening.