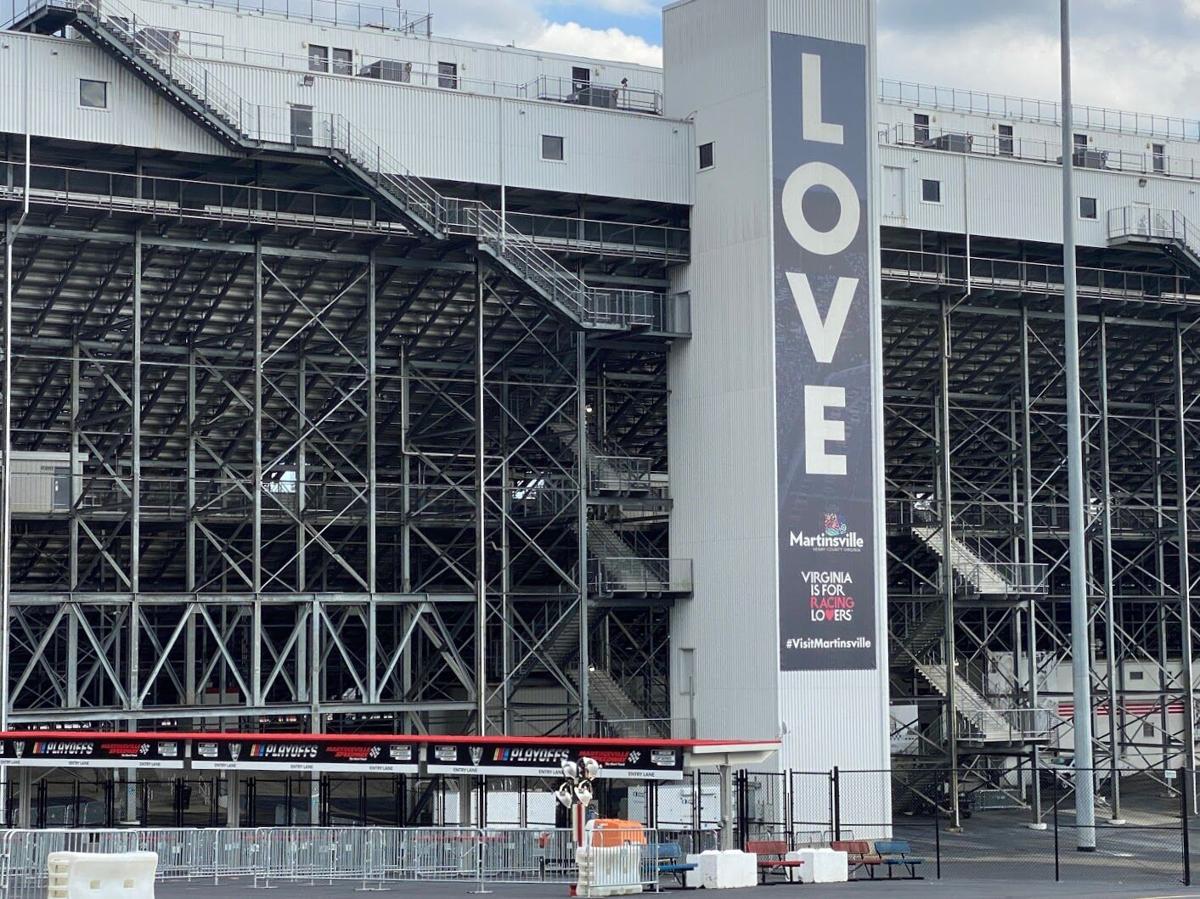 Governor Ralph Northam’s current rule for outdoor venues is 30% capacity with no specific cap on the number of attendees. 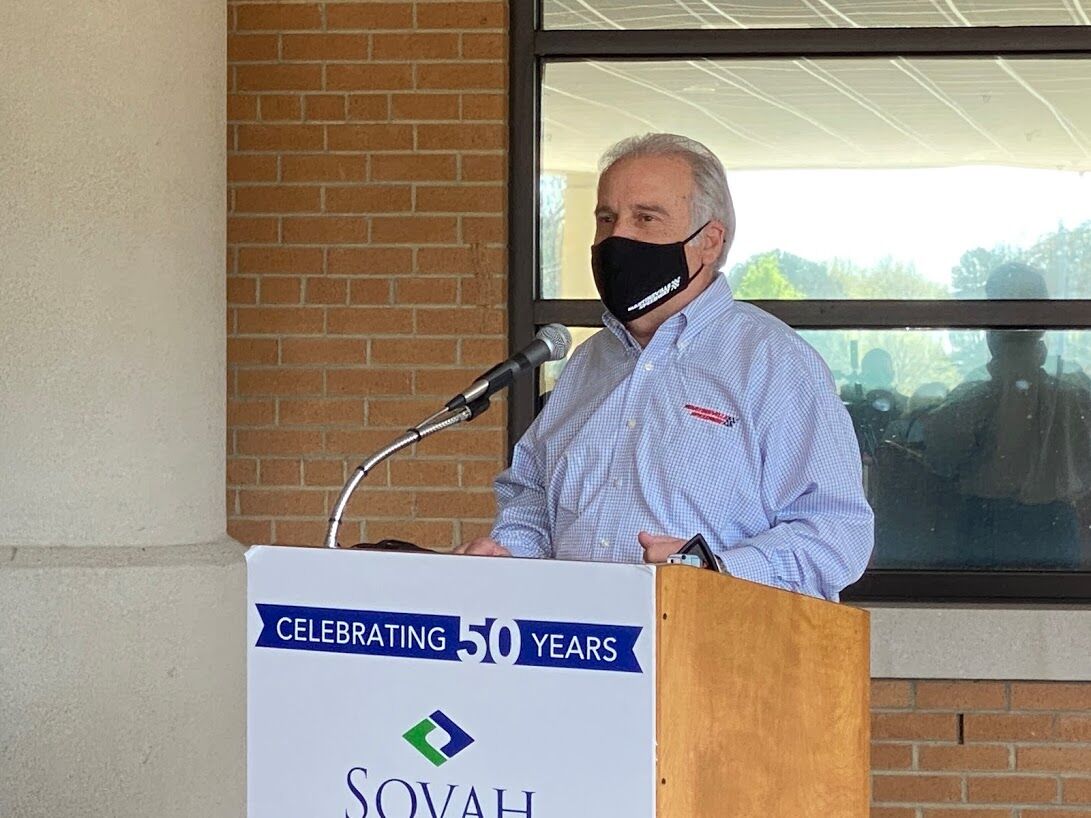 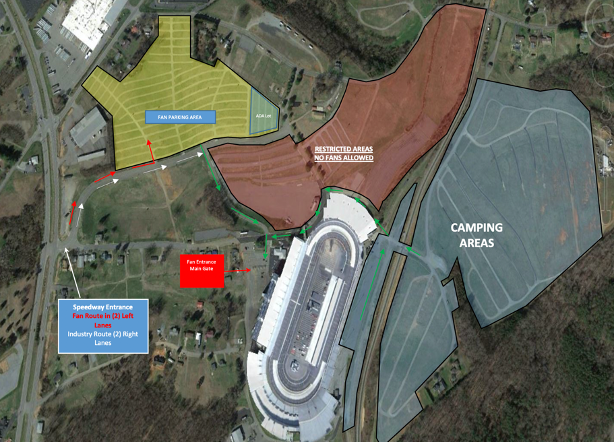 Aerial view of the Martinsville Speedway.

The Martinsville Speedway, lately noted as the site of mass vaccination clinics, will open its gates to the public for three nights of prime racing beginning today, but getting through those gates will take a lot of patience and persistence as well as a ticket.

Speedway officials have not said exactly how many people will be allowed admittance, but the number of seats is about 44,000 and Gov. Ralph Northam’s current rule for outdoor venues is 30% capacity with no specific cap on the number of attendees.

That would put the number of fans allowed at 13,200, but the logistics of maintaining safe physical distancing will likely reduce that figure.

The speedway’s website includes the fine print on how this race weekend will operate.

Track officials have worked with Virginia health and government officials to ensure the venue is in compliance and that includes reduced seating and camping capacities, mandatory face coverings, no tailgating, spaced-out parking and COVID screening and temperature checks for everyone.

Load in began at noon on Wednesday for campers. Everyone has to exit the camper and complete screening paperwork and have their temperatures taken. Digital tickets or print-at-home tickets will need to be in hand.

If anyone in a camper doesn’t pass the screening, everyone in the group is refused entry, and if you leave the camping area once you get in, you’ll have to repeat the screening process again.

Campers should not expect a big reunion party either. Everyone is required to stay on his or her designated site away from others and wear masks.

Anything that promotes social gathering is not allowed this time, like stages, bars, circling the wagons, live bands and even loud sound systems.

Grilling is allowed but sharing is not and forget getting a hot shower in the campground restrooms because they will be closed. This means if your camper is not self-contained, you’re not eligible to camp this time.

All the fans enter the grounds and leave the same way. The main entrance is off of U.S. 220 Business (North and South) at Speedway Boulevard where parking attendants will show you to your parking space.

The ticket office will open at 2 p.m. Thursday, and the fan gates will open at 2:30. The modifeds will take the track for an afternoon of practice with qualifying at 6 p.m. Then at 8 p.m. the green flag will fly for the Virginia is for Racing Lovers 200.

Saturday’s big event starts at 4:30 p.m. when parking lots open. Gates will open an hour later and the Blue-Emu Maximum Pain Relief 500 gets underway at 7:30 p.m.

Just because the gates have opened, fans will need to take note of where they will sit, because entrance times will be staggered on Friday and Saturday and you will need to know when you would be allowed in.

Once inside, you will find new seating to allow for social distancing. Existing ticket holders have been reseated and placed in seats comparable to where they used to sit and surrounding seats will be blocked off.

There will be no prerace concert, no tailgating allowed, and social distancing will be mandated on-site and strictly enforced by the staff.

After each race, fans will leave through the gates at Industrial Park Drive and Clover Road (Gates 14,15 and 16), which will lead them back to U.S. 220 Business.

Despite the hurdles race fans will have to jump over in order to watch a NASCAR race live and in-person, it’s still a far cry from a year ago.

“There will be a perimeter around the footprint of the track to keep folks out,” Henry County Administrator Tim Hall said last year. “NASCAR is going to have a list of folks that are supposed to come in and they’ll check that list.”

The only people allowed inside a year ago were the race car drivers, their team members, essential racetrack personnel, radio and television crews and limited media and security personnel.

Despite the challenges for NASCAR officials, track owners, and racing fans, there will be a semblance of a return to normalcy when sounds of race cars emanate one again from the NASCAR track that keeps Martinsville on the map.

Today, that time has come.

Coming soon: A paw park for your dogs in Henry County

The facility being built at Smith River Sports Complex would be the first of its kind in Virginia.

Martinsville City Public Schools says it's a matter of safety. But the cancellation of sports has left some of its students sick about their lost senior seasons.

Governor Ralph Northam’s current rule for outdoor venues is 30% capacity with no specific cap on the number of attendees.

Aerial view of the Martinsville Speedway.