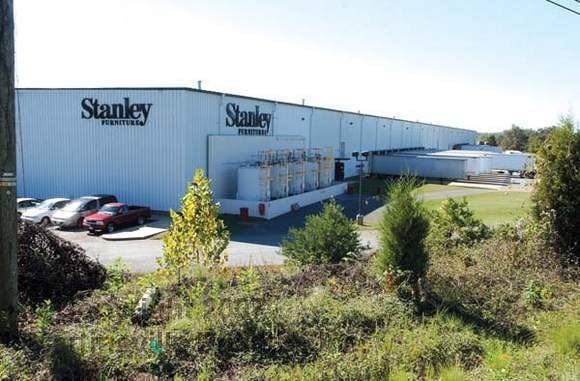 Stanley Furniture plant in Martinsville before it closed its doors. 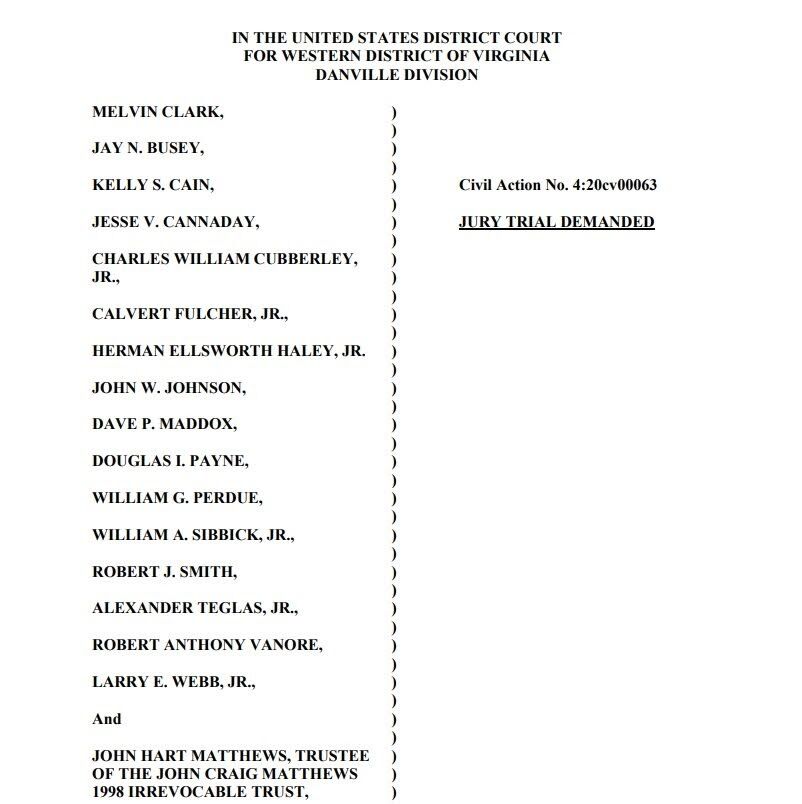 Lawsuit filed with the U.S. District Court in Danville against Stanley Furniture and Stone & Leigh. 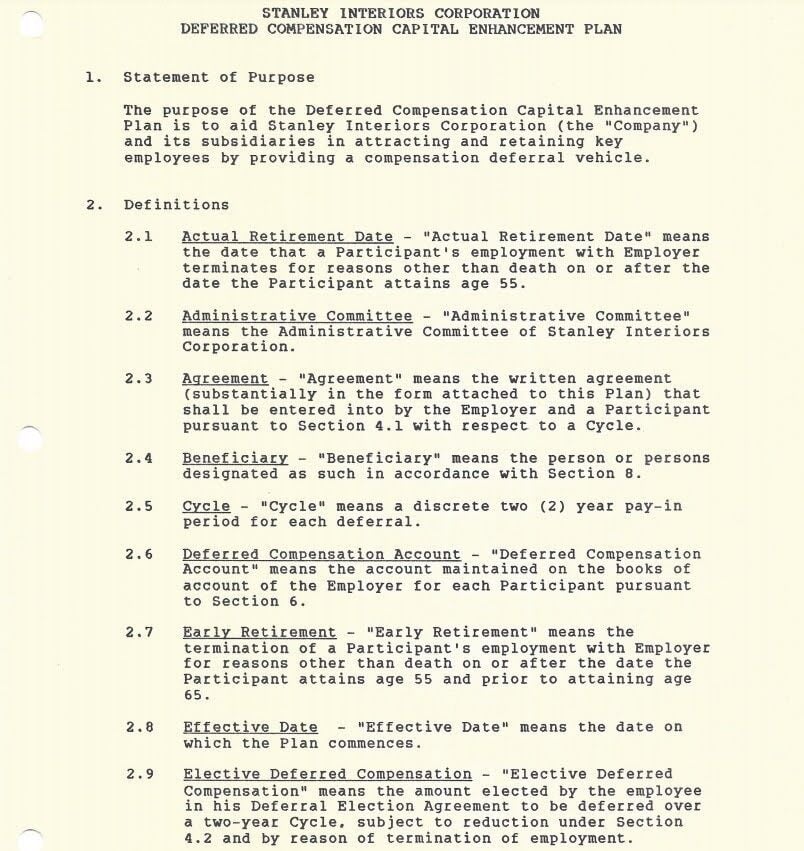 Exhibits of the 150 page lawsuit against Stanley Furniture and Stone & Leigh include exhibits that are copies of the original pension fund contracts.

Seventeen former executives of Stanley Furniture are claiming in a lawsuit that the company has stopped paying them their pensions.

The suit, filed in October, says the retired executives are collectively owed $370,185 from the Stanley Interiors Corporation Deferred Compensation Capital Plan and annual payments totaling $270,439 for as long as they live, with the next payment coming due on Jan. 2.

In addition to the retirement plan, the suit is asking for $38,083 collectively it claims the executives are owed from the Stanley Furniture Company Supplemental Retirement Plan and $6,347 in annual payments as long as they live. The most recent SERP payment became due in November.

Attorneys representing the group are seeking settlement a jury trial in the U.S. District Court for the Western District in Danville.

In a statement from the law firm Fishwick & Associates PLC of Roanoke, attorneys John P. Fishwick, Jr, Carrol M. Ching and Daniel J. Martin said, “This case is filed on behalf of a group of retired Stanley Furniture employees who did not receive the earned retirement benefits they were promised.”

The only exception is John Hart Matthews, the trustee of the John Craig Matthews 1998 irrevocable trust.

Furniture Today has reported that Stanley Furniture President Adam Tilley and Stone & Lee Manager Matthew W. Smith said they were both unaware of the lawsuit and had no comment on the matter.

Stanley was founded in Henry County in 1924 and became the county’s largest employer. In 2012, it moved its headquarters to High Point and closed its local operations.

The suit says the problems began after an asset sale in March of 2018.

Both pension plans were closed to new participants, and the only function of the administrator was the disbursement of the funds according to the retirement agreement.

In September 2018, another partial sale of assets occurred, and Stanley Furniture LLC became responsible for the DCP payments, and Stone & Leigh LLC became the administrator for the SERP payments.

The suit claims in 2019, Stanley Furniture Company LLC paid only 62.5% of the payments it owed and failed to pay the amount owed again in August while promising to catch up the payments to the retirees.

Stanley Furniture Company LLC “has repeatedly assured plaintiffs it will pay what plaintiffs are owed under the DCP, but has repeatedly failed to live up to those assurances, such that it has for all practical purposes repudiated any further obligation to plaintiffs,” the suit states.

And beginning in May, Stone & Leigh, LLC defaulted on its responsibility to pay SERP benefits.

The lawsuit states that neither Stanley Furniture LLC nor Stone & Leigh LLC has made any indication of the intention of paying what it owed in 2019 and 2020 under both retirement plans nor have they given any indication they would be making payments as required in future years.

The lawsuit is 150 pages, including exhibits.

Stanley Furniture once was so strong that the community that surrounded the company’s factories became known as Stanleytown, which still exists although the company has no local presence.

In 2007 Stanley Furniture cut 250 jobs from its payroll, yet still remained Henry County’s largest employer with about 1,050 employees, but in 2010 it laid off 530 of those workers and in 2012 the company moved its headquarters to High Point.

In 2018 most of the assets of the company were sold to Churchill Downs, LLC, a private Vietnamese industry group.

In early 2006, Stanley Furniture stock traded for nearly $30 a share. When the stock market closed on Tuesday, those shares were trading for 60 cents.

Did you enjoy this piece about how members of your community are taking on the former top employer in Henry County for money they say is owed? Without the Bulletin, you likely wouldn't have known about this. And thousands of you appear to find it an interesting topic. The Bulletin has more like this every day, the journeys, struggles and successes of our loved ones and neighbors. We also keep an eye on those who make decisions for all of us and how they represent the greater public good. And you help with that. Your subscription to the Martinsville Bulletin is an investment in hearing the truth and the triumphs about the region. If you aren’t a subscriber, unlimited digital subscriptions start at only $5 for $5 months. Sign up, and our news is always there for you, when you want it.

Stanley Furniture plant in Martinsville before it closed its doors.

Lawsuit filed with the U.S. District Court in Danville against Stanley Furniture and Stone & Leigh.

Exhibits of the 150 page lawsuit against Stanley Furniture and Stone & Leigh include exhibits that are copies of the original pension fund contracts.