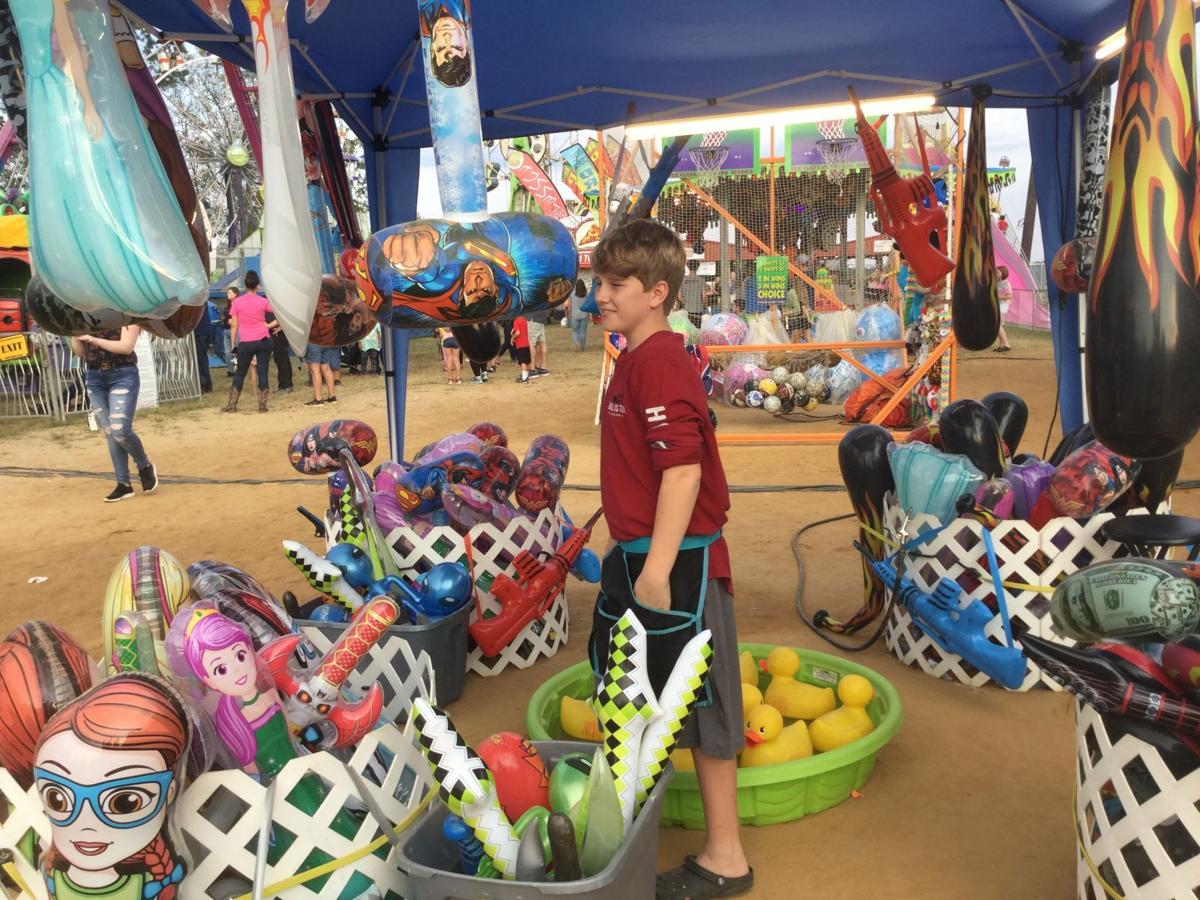 At the 2019 Patrick County Agricultural Fair a boy manned one of the game tents. 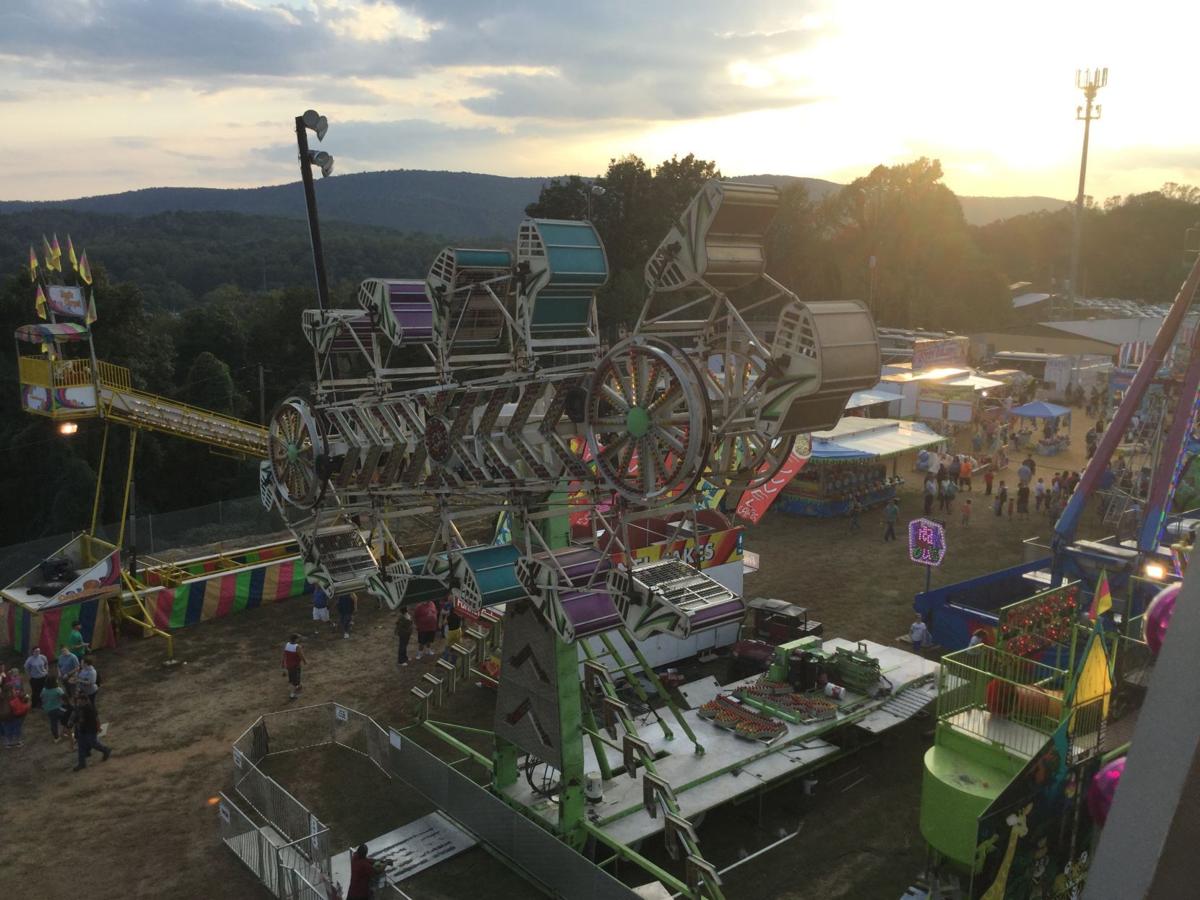 A view from the Ferris wheel shows the 2019 Patrick County Agricultural Fair at sunset. 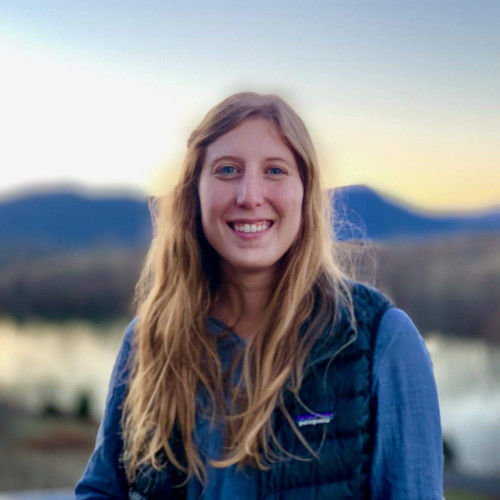 Laura Clark is president of the Rotary Club of Stuart.

By Amie Knowles Special to the Bulletin

The Ferris wheel isn’t going up. The sweet smell of funnel cakes won’t be wafting through the air. Exhibitors aren’t putting the finishing touches on their displays.

“This will be the first time in our 68 years of organizing this community event that we’ve had to cancel the county fair,” said Laura Clark, president of the Rotary Club of Stuart. “Weather has caused us to have to cancel a night here and there, but we’ve never canceled the entire event.”

The fair, scheduled for later this month, has gone on through the Korean War, Vietnam War, both Gulf Wars and multiple other conflicts, but it wasn’t a military movement that halted this year’s production. It wasn’t a natural disaster that destroyed the field or fair equipment.

Like nearly everything else since March, the 2020 Patrick County Agricultural Fair won’t take place because of concerns from the novel coronavirus.

“We made the tough decision to postpone the fair this year due to the COVID-19 pandemic. It’s really unfortunate – we love the fair and love seeing all of the smiling faces, the families and friends connecting with one another and memories being made,” Clark said. “Fair time is always a magical time of the year.”

The decision came after the club officials took a look into their club’s own mission, Rotary’s Four-Way Test: Is it the truth? Is it fair to all concerned? Will it build goodwill and better friendships? Will it be beneficial to all concerned?

Not passing the test, the Rotary Club of Stuart, which hosts the local fair each year, chose to postpone the event to a later date.

“We determined it would not be within good judgment to move forward in planning the fair for this year,” Clark said. “We made the right call, seeing how our area has had a large spike in cases in the past weeks.”

Clark noted that although it was hard to make that decision, the community responded with support and understanding.

There’s no official date set for 2021 yet, but organizers said they are hopeful for and gearing toward the future. Henry County also is supposed to resurrect its

“At the moment, we are looking forward to having the fair next year and being able to see the excitement again,” Clark said. “We of course will continue to monitor the situation and how COVID-19 plays out. We just don’t know what it will look like for any large event next year – it’s simply too early to know for sure.”

While erring on the side of caution in favor of public health, the decision to postpone the fair likely be a financial blow to the Rotary Club.

“The fair is Stuart Rotary Club’s biggest fundraiser and event we organize,” Clark said. “The funds raised from the fair go to various community projects throughout the year.

“Some of our biggest projects are weekend meal backpacks to Blue Ridge Elementary School students, providing all third- and fourth-graders with dictionaries and atlases, respectively, a loan and scholarship program for graduating seniors, the Stuart Beach Music Festival and this year a new project, ‘Learning Diversity through Stories,’ in which we intend to work with the school system to help them purchase various books celebrating diversity in our school system and community.

“Along with the project, we hope to bring in a community storytelling workshop. We are early in the planning process. More information and details will be known in the coming months.”

With the pandemic still ransacking the area, the Rotary Club of Stuart hasn’t scheduled any substitute fundraisers for the fall or winter – but there are still plenty of ways to rally around the organization.

“The best way the community could support the Rotary Club of Stuart at the moment is by keeping your eye out for future events and fundraisers. We also welcome the support of new members. If you are looking to join an active, hands-on, community service based organization or just want to learn more about the Stuart Rotary Club, we invite you to join us for a meeting,” Clark said.

“Right now, we are meeting in person and through Zoom on Mondays at 6:30 p.m. Please email stuartrotary@gmail.com or message on Facebook if you are interested.”

Martinsville native dies after having COVID-19

Compromised immune system is believed to have rendered the vaccine ineffective.

The wreckage blocked the roadway.

At the 2019 Patrick County Agricultural Fair a boy manned one of the game tents.

A view from the Ferris wheel shows the 2019 Patrick County Agricultural Fair at sunset.

Laura Clark is president of the Rotary Club of Stuart.