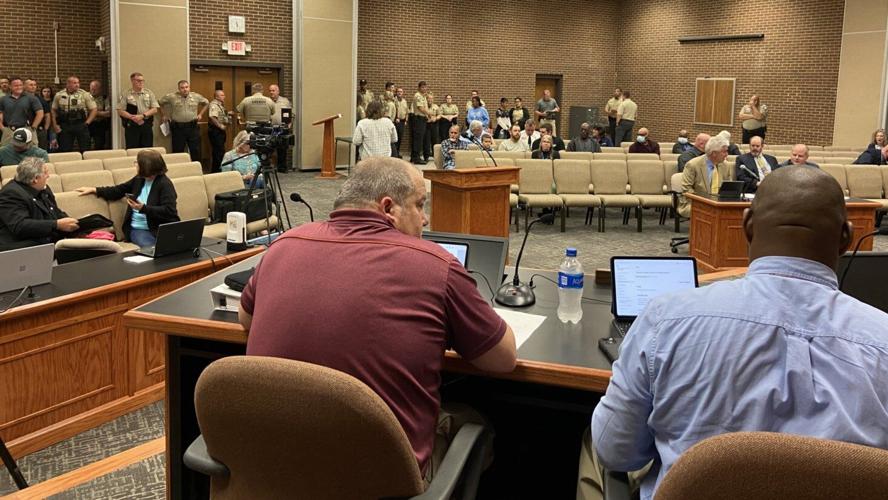 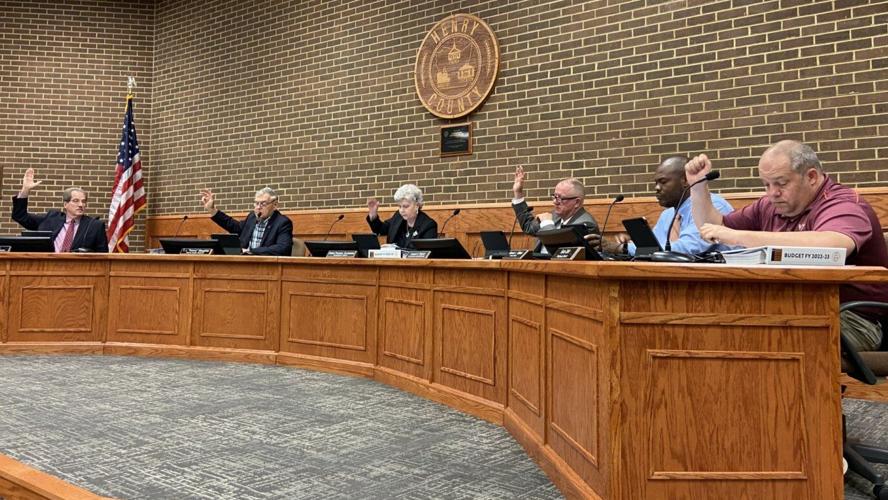 The Henry County Board of Supervisors approved the FY23 budget as presented on Tuesday.

Over 70 Henry County law enforcement officers lined up in the Summerlin Meeting Room Tuesday in protest of their belief that the Board of Supervisors reneged on a promised salary increase.

Sheriff Lane Perry said he took the grievance of his office to County Administrator Tim Hall’s office and was told “they had nothing further to discuss and to leave.”

“I would like to have talked,” said Perry to the Board of Supervisors at a public hearing Tuesday night. “I called each one of you and expressed my concerns.”

“We never said no to anybody,” said Hall when asked by board members if he refused to meet with Perry.

“That’s a lie,” said Perry to the Bulletin after the meeting. “It’s a bunch of bull.”

In a follow-up comment Wednesday evening Hall wrote by email: “I’ve never received any phone call, email or verbal communication from Sheriff Perry requesting a meeting in which I told him I wouldn’t meet with him. He and I have never had that conversation.”

It’s not hard to see where misunderstandings might have occurred as the numbers get muddled quickly when looking at what occurred.

First there was the stipend the Board voted in October to give sheriff’s deputies and public safety personnel that amounted to a $2 per-hour hazard-duty supplement funded with American Rescue Plan Act (ARPA) funds. The increase in pay started on Jan. 1 and is set to expire on June 30.

The supplement amounts to $2,080 for each deputy and “was not part of permanent salary,” a fact sheet provided by Public Information Officer Brandon Martin states.

Regardless, it was the seventh pay increase to deputies since 2017 including a $3,000 bonus that was paid in November.

Henry County gave “some small increases” for clerical workers and six percent raises to “some staff” in March and those people “were treated as getting their raise in advance,” the fact sheet states.

But Perry and the protesting officers in the back of the Summerlin Room were expecting an additional six percent raise from the County when the new budget starts in July.

Add to that the unprecedented spending plan by the General Assembly that includes $89.5 million for local sheriff’s departments. The amount equates to an approximate five percent increase from the state and that adds up to a whopping 11 percent increase in pay.

“If the perception is that officers would receive five percent from [the] Commonwealth and six percent from the County, that is a misperception,” the fact sheet stated. “That theory was never on the table, never discussed with any Sheriff’s Office representatives during our budget work and never intended to be the case.”

“We are being picked apart price shopping by other jurisdictions,” said Perry. “People will pull these well-trained people.”

Henry County Sheriff’s Deputy Jeff Hatcher of Ridgeway said he was one that left Henry County for more money, but out of an obligation to serve his local community he returned.

“The pay is not competitive,” said Hatcher. “Maybe we’re not worth the extra money. We make more serious arrests [than neighboring jurisdictions] yet we are paid less.”

While Perry, Hatcher and others compared pay rates with Greensboro, Roanoke and Danville, the fact-sheet provided by Martin told a different story when the closest localities were included.

The fact-sheet noted that cities generally pay officers more than counties because they have higher tax rates, but Henry County is still competitive with Martinsville’s starting salary of $43,000 for police and $43,686 for the Sheriff’s office. Danville starts their officers at $45,330, Greensboro is at $41,513 and Roanoke pays $42,000 to new officers.

Unfunded in the budget, if the Board decided to give an additional five percent raise, the fact-sheet said a total of $664,420 would need to be created through a tax increase.

The board did not alter the budget to accommodate Perry’s pay increase and approved it as proposed.

The 70 law enforcement personnel with the Sheriff’s Department then filed out of the room.

“Since I took this office over we have never let this board or community down,” said Perry. I’m going back next door and serve the silent majority out there and for them I am extremely thankful. We have never missed a beat.”

Board members chatted with each other for a few minutes after Perry and his deputies had left the room.

Said Collinsville District Supervisor Joe Bryant: “We had a hearing here not long ago about the budget and we gave an opportunity for anyone. The library came and we’re hopefully going to work something out with them, but the Sheriff’s Department waits until the last minute on the last day before our board meeting. Why was it not brought up at the public hearing?”

Board Chair Jim Adams encouraged Bryant and the other board members to end the discussion and the meeting was adjourned.

In other matters the Board:

The top most livable cities in the world, according to EIU

The top most livable cities in the world, according to EIU

The Henry County Board of Supervisors approved the FY23 budget as presented on Tuesday. 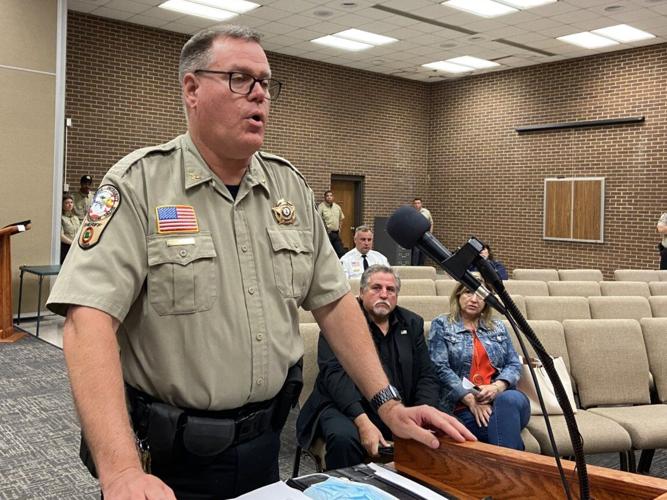