A Stuart man, charged with murdering his wife, has been determined to be incompetent and non-restorable after a mental evaluation, likely never to be tried for the crime for which he was charged.

Thomas Richard Pequignot, 75, formerly of 277 Sheppard Road, was charged with first-degree murder in the strangulation death of his wife, Lorene “Bug” Hopkins-Pequignot, in January, 2018.

“Yesterday Judge [Carter] Greer ruled Mr. Pequignot is currently incompetent to stand trial and likely to remain in such state for the foreseeable future, thus declaring him un-restorable to competency,” wrote Henry County Commonwealth’s Attorney Andrew Nester by email on Friday. “During the same hearing Judge Greer also civilly committed the defendant for involuntary admission to the state mental health system. This case will now be removed from the criminal docket and take a civil route.”

Nester wrote that unless the ruling is appealed by the Commonwealth, the case involving Thomas Pequignot will remain as a permanent ruling and finding of the court.

“I will note that both experts [that testified at Thursday’s hearing] opined the defendant had dementia and a neurocognitive disorder (synonymous with dementia) to which there is no cure and the disease is likely to get worse as time elapses,” Nester wrote. “Thus, there is no cure and essentially no restoration that would restore the defendant to legal competency to be tried on these criminal cases.”

Henry County Sheriff Lane Perry and Nester, in a specially called press conference on May 22, 2019, said Pequignot called the 911 Communications Center at 6:57 p.m. on Jan. 12, 2018, and said his home at 4436 Longview Drive in Fieldale appeared to have been broken into and he was unable locate his wife.

Deputies responded to the call and found the body of Hopkins-Pequignot in the home and an autopsy later revealed she had been strangled to death.

Perry said that it was obvious to investigators the crime scene had been staged, but it took 16 months to collect the evidence and interview dozens of people, as far away as South Carolina, before they were ready to turn the case over to a Henry County grand jury in May 2019.

A jury trial was set to begin on March 5, 2020, but after the trial was continued three times in the following year, a mental examination was ordered on Oct. 12, 2021, and on Thursday in Henry County Circuit Court Greer made the decision to have Pequignot committed and not tried.

“She pushed all our buttons, and she knew how to do it,” Handy said at the time.

Arlie and Jackie Dalton, Hopkins-Pequignot’s brother and sister-in-law, told the Bulletin after Pequignot’s arrest that he had moved to Henry County from West Virginia after the couple met on the internet and was always quiet and respectful around family.

Police never said what they believed a motive for the killing might have been, only that the body of Hopkins-Pequignot appeared to have been dead for hours when deputies found her.

Greer civilly committed Pequignot, a legal process that occurs when it is determined that a person has symptoms of a mental disorder severe enough to be committed to a psychiatric hospital where he can be treated involuntarily.

Anyone having additional information about the crime is asked to call the Henry County Sheriff’s Office at 638-8751 or Crimestoppers at 63-CRIME (632-7463). The Crimestoppers Program offers rewards up to $2,500 for information related to crime. The nature of the crime and the substance of the information determine the amount of reward paid.

How did my sister die? Woman wants answers about year-old case from Henry County Sheriff's Office

Officials said they have kept family members informed about what they know about Lorene "Bug" Hopkins-Pequignot of Fieldale, who was found dead in her home on Jan. 12, 2018.

Drought causes French river to be crossable by foot 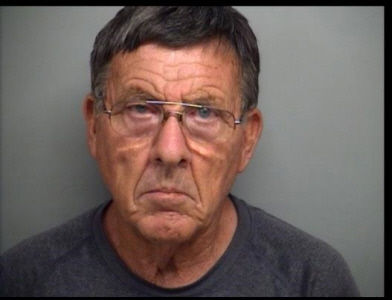 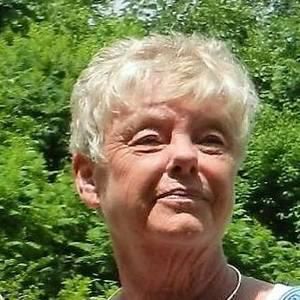