Apparently many of you were waiting for the starting pistol to be fired in the race to be vaccinated by COVID-19.

The West Piedmont Health District on Monday launched its online registration process, and by early afternoon more than 7,000 of those who qualified already visited the website and put their names on the list, district spokesperson Nancy Bell said in an email.

When officials added in those who had registered through the Virginia Department of Health, that number had surpassed, 10,000.

Then, by the waning minutes of business on Monday afternoon, about 18,000 had signed up to receive their first shots, Bell reported.

To be clear, Phase 1b of the Virginia Department of Health’s vaccination protocol opens the opportunity for many of the most vulnerable residents of Martinsville and Henry, Patrick and Franklin counties.

The rules cover everyone 65 or older, those in fields of employment or essential employees who face the public — such as teachers, firefighters, law enforcement or food servers – but it also opens a window of opportunity for those between the ages of 16 and 64 who have a medical condition that may make them more vulnerable to COVID-19.

Detailed definitions of phases and priorities are at www.vdh.virginia.gov/covid-19-vaccine/

Health officials opened their registration database late Sunday night at https://redcap.vdh.virginia.gov/redcap/surveys/?s=N83JNH4PN9 and they are listing updated information on the WPHD website and the department’s Facebook page.

And there are paper copies of the information being distributed at the health departments, public libraries, municipal buildings and chambers of commerce in Martinsville, Stuart and Rocky Mount.

“All access points had digital links to paper surveys in English and Spanish this morning,” Bell said. “They are printing them for us until our print job comes in.”

Officials say that electronic registration is preferred and that those who sign up will be contacted individually for an appointment as soon as vaccines are available, which could take a few weeks because of limited supplies.

Distribution of vaccines from both Pfizer and Moderna have strained supply chains everywhere. UNC Rockingham Health Care in Eden. N.C., which serves some residents in Henry County, announced late Monday that it would not receive any of the 450 doses it had requested this week because of state shortfalls and allocations.

VDH officials reminded those who had registered – and those who wanted to register – to remain patient.

As of Monday VDH reports that some 458,472 residents had received at least one dose of a vaccine and that 64,381 are fully vaccinated, both up about 10% from Sunday. The daily average has increased slightly, to 21,823.

In the West Piedmont Health District, VDH reports that 5,246 residents have received at least one dose under Phase 1a, which is for health care workers and residents of senior-care facilities, primarily. That’s up by slightly more than 10% as well.

There are 433 who now have been fully vaccinated (an increase of 18 from Sunday).

About 4,800 of those vaccinated are residents of Henry and Franklin counties.

There now have been more than 9,000 cases of COVID-19 in the district since the pandemic began, with 56 new cases reported Monday morning. There was one new hospitalization (in Patrick County) and no new deaths.

Since the pandemic began, the West Piedmont district has had 9,014 cases, with 535 hospitalizations and 157 deaths.

VDH also announced Monday that the first case of the SARS-CoV-2 variant had been found in Virginia.

This variant was identified in a sample from an adult resident of Northern Virginia with no reported recent travel history, the release said. This variant is the one that first emerged in the United Kingdom in late 2020.

Moderna has said its vaccine works against this variant.

How to get info on signing up for the vaccine

INFORMATION ON PAPER: At the health departments, public libraries, municipal buildings and chambers of commerce in Martinsville, Stuart and Rocky Mount.

WHO IS COVERED: Phase 1b applies to all citizens who are 65 or older, those who are 18-64 with specific health conditions and those in fields of employment that require public interaction, such as law enforcement, firefighters, teachers, restaurant workers and others. Detailed definitions of phases and priorities are at www.vdh.virginia.gov/covid-19-vaccine/ 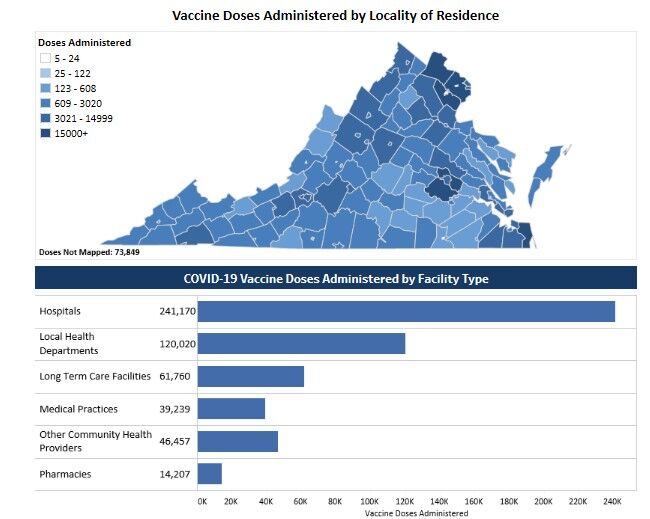 Vaccine dosage data as of Monday. 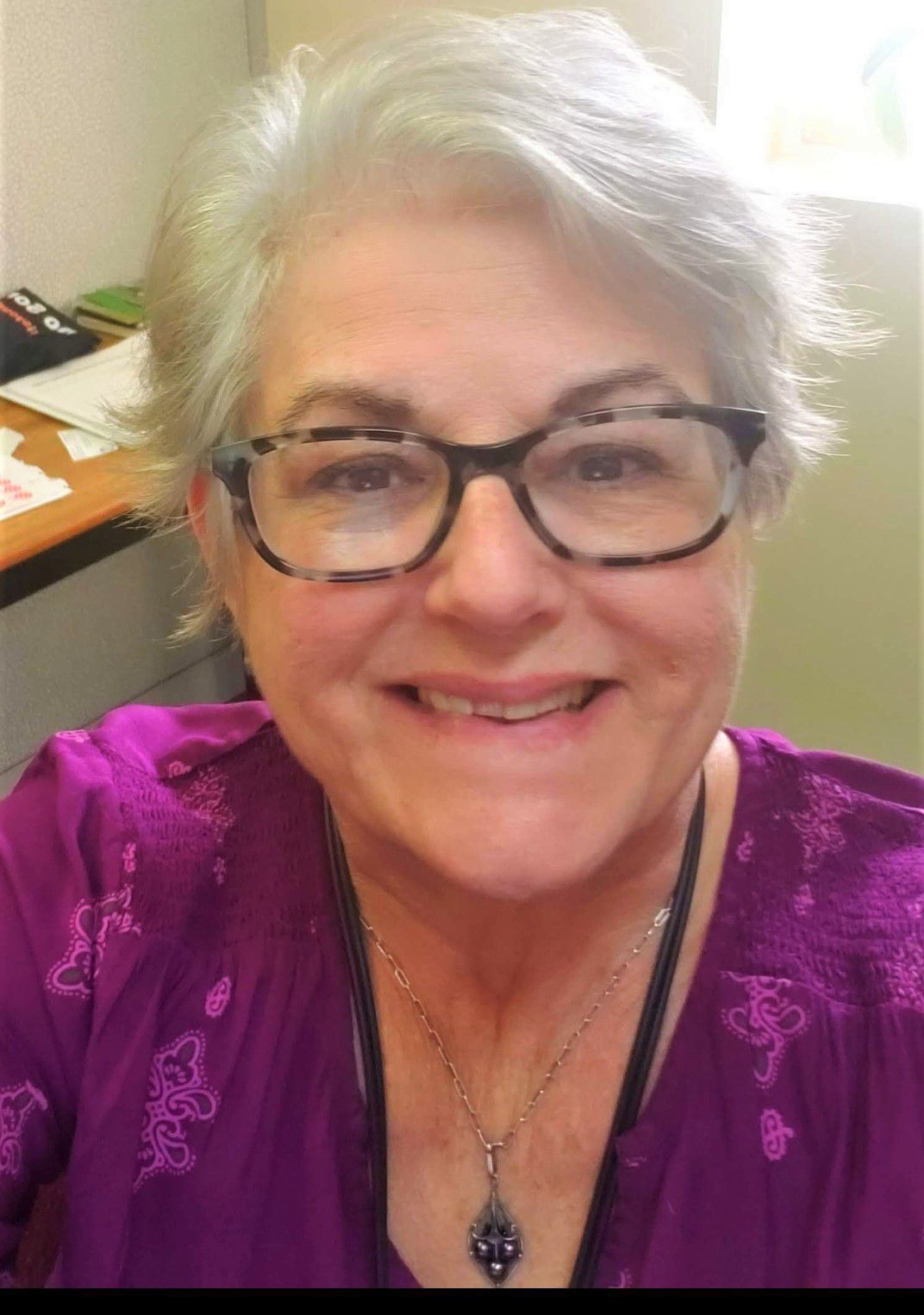