States running out of vaccine, cancel first doses for thousands. Find out the latest pandemic news.

The surge of post-holiday infections of COVID-19 has brought one of the deadliest days in the West Piedmont Health District since the pandemic began.

Six more people were listed Wednesday morning as having died from the disease caused by the novel coronavirus, that’s the third-highest single-day death count, surpassed by 10 on Sept. 15 and seven on Aug. 19.

“The deaths are a result of the holiday COVID-19 surge, which, we suspect, will last until February,” West Piedmont spokesperson Nancy Bell said in an email.

These deaths could have happened much earlier, because the Virginia Department of Health waits for death certificates before updating its database.

But there’s a new flood of patients being hospitalized – there were four revealed Wednesday – and officials of Sovah Health put out a special release to outline the increases at its hospitals in Martinsville and Danville.

There now have been 148 victims of COVID-19 in the district, and four announced Wednesday were from Henry County and one each from Martinsville and Franklin County.

In a statistical oddity, that’s now 64 residents of Henry County who have died, and Martinsville, Franklin County and Patrick County each has lost 28.

There also were 120 new cases in the West Piedmont district — the fourth-highest total in a single day, and the three higher totals all have been in the past week — and there now have been more than 8,000 since March.

There have been 504 hospitalizations now since March, and Sovah reported that, as of Wednesday, there were 32 patients in its hospital in Martinsville and 40 in Danville.

Just a week ago, that total was 51, marking a more than 40% increase in seven days.

Hospitalizations had trended older, too, but Dr. Sheranda C. Gunn-Nolan, market chief medical officer with Sovah Health, said in a video released with the report that those being hospitalized are getting young.

“Unfortunately as we have navigated over the last few months, we have noticed the average age of patients decreasing,” she said. “We are now seeing younger patients with less comorbidities and underlying medical problems.

“Things have certainly changed. The concern is that the number [of patients] will continue to rise.”

She also said that doctors are starting to see people diagnosed months ago with COVID-19 return to the hospital.

“COVID-19, it appears for some, will cause a lifelong change,” she said.

Gunn-Nolan said everyone should get vaccinated as soon as possible, and she reminded that people under quarantine shouldn’t be running errands.

“This means you must stay home,” she said. “This is so imperative that our community understand this.”

Charles Wilborn of the Danville Register & Bee contributed to this report.

Patrick County Public Schools are going all-virtual for two weeks as of Thursday.

An email from Superintendent Dean Gilbert said there were circumstances involving multiple schools that caused the change, which is planned to continue through Jan. 27.

He did not elaborate on those circumstances. Henry County Schools on Monday delayed its return to hybrid learning because the pandemic had rendered insufficient staff to work effectively.

The email said meal pick-ups will continue as planned on Thursday, and families who are not already signed up for meal pick up should contact their child's school by 9 a.m. Thursday.

Parent/teacher conferences scheduled for Thursday will either be virtual or rescheduled. Teachers will contact families to arrange those.

Families of children scheduled for an SOL test at Patrick County High School will be contacted individually.

Athletic practices will be canceled until students return to a hybrid model.

"As always, thank you for your support and we look forward to returning to a hybrid model on Thursday, January 28.

The two announcements came back to back.

The Martinsville Bulletin presents its Fab 5

These five people represent a handful chosen from thousands who made amazing contributions to our region during pandemic-stricken 2020. Decidi…

Another Martinsville resident has died from COVID-19.

Corey Vershaun Johnson, already in jail on unrelated charges, will do 15 more years after admitting he shot an Axton man on Mother's Day 2018.

The site that had sat as an eyesore since a massive fire in 2017 is going away.

A 2-vehicle collision in Martinsville on Tuesday morning sent one person to the hospital.

They were arrested together in a stolen vehicle, and one possessed heroin. 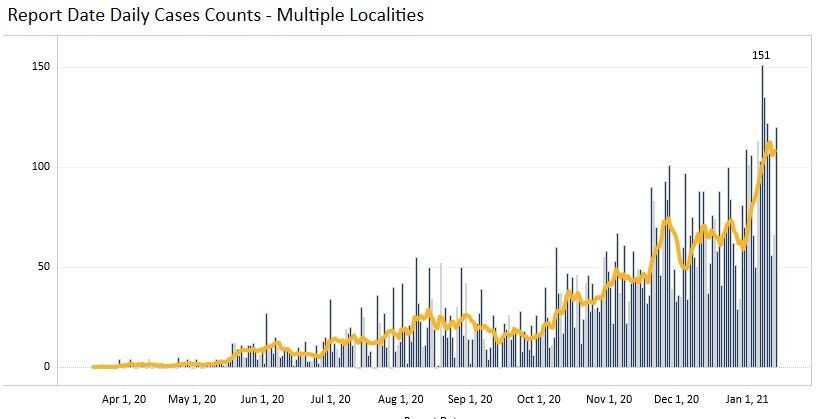 This graph shows how case totals have been climbing daily in the West Piedmont Health District. 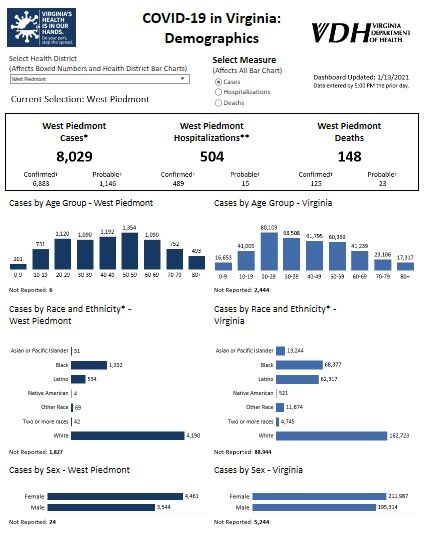 Demographics of cases in the district vs. the state as a whole. 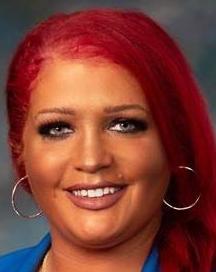