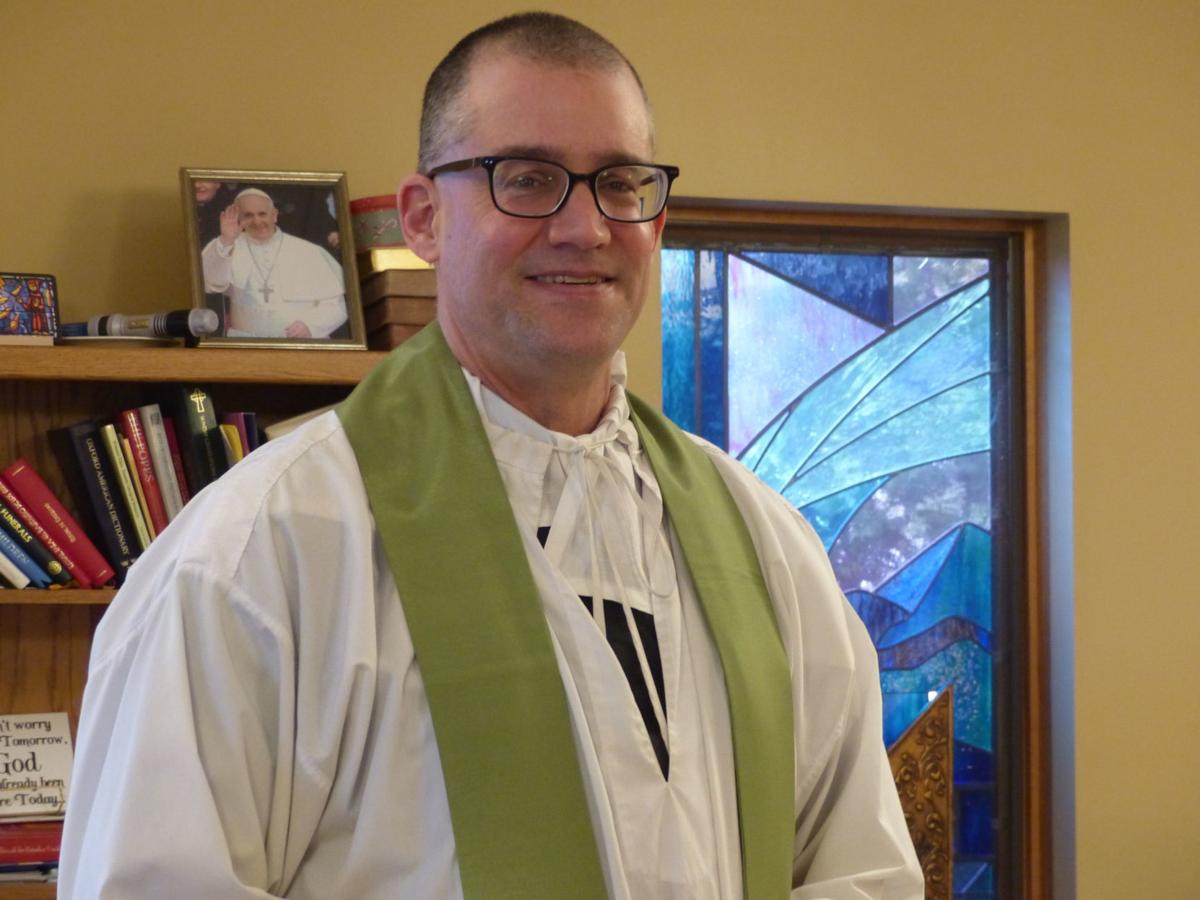 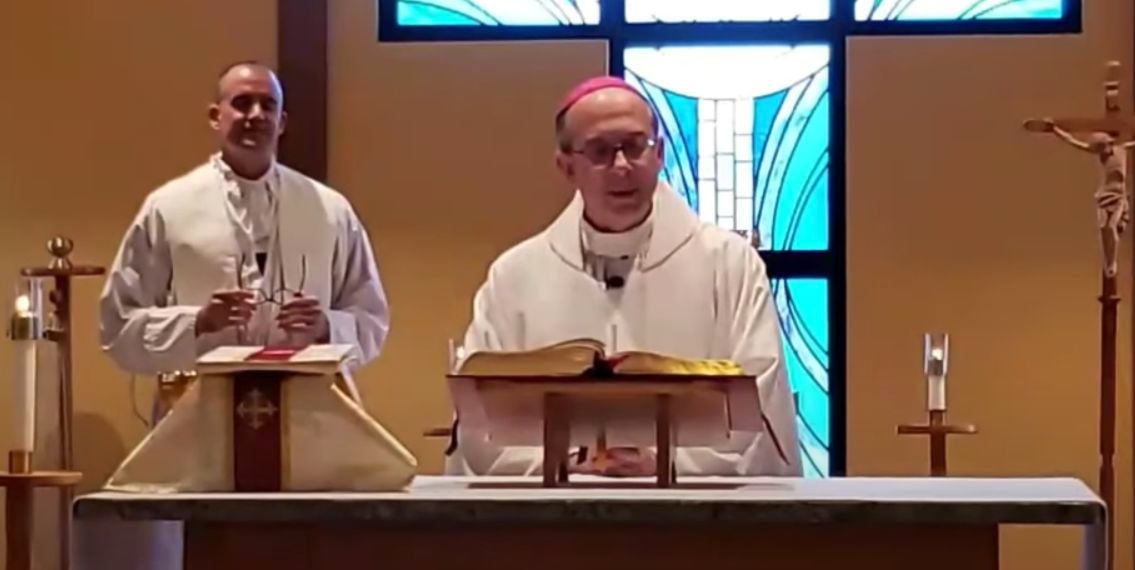 Father Mark White, banned Monday from his duties as priest in Martinsville and Rocky Mount, now no longer can go onto the property of each of those churches – which includes his personal living quarters.

A day after being banned by the Catholic Diocese of Richmond Bishop Barry Knestout from performing the sacraments and other duties while remaining priest of St. Joseph’s in Martinsville and St. Francis of Assisi in Rocky Mount, White said he received a “no trespass” warning from a law firm in Richmond on Thursday, essentially telling him if he were to go on either church property that he could be prosecuted from trespassing.

A release from the diocese on Wednesday had said the suspension by Knestout means that White “is prohibited from any form of practicing Church ministry, which includes the public celebration of the sacraments and exercising any official functions related to the office of a pastor.”

White, who has been in a dispute with Knestout for months about comments White had written in his blog criticizing how the Catholic Church had handled sexual abuse issues involving priests, said he was informed of that decision by letter on Monday night.

In a series of back-and-forth actions between the two, White had agreed no longer to publish the blog under threat of losing his priesthood, but he resumed the blog when regular public Mass was canceled because of the coronavirus pandemic. He said he alerted Knestout to that plan and received no response.

On April 13 Knestout said he was removing White and transferring him to a prison ministry role. He appointed as interim pastor Father Kevin Segerblom, episcopal vicar for the Western Vicarate and a priest in Roanoke.

White, though, said the next day that he was not leaving his post, and he continued to conduct restricted Mass, even officiating a joint Mass with Knestout two weeks ago. White has hired a canonical lawyer under church law to defend his position.

“I have given this considerable amount of thought and attention and I do not take this action lightly,” Knestout said in Wednesday’s announcement. “For several weeks now, I have become more and more concerned for the ecclesiastical communion of the faithful at the parishes of St. Joseph in Martinsville and Saint Francis of Assisi in Rocky Mount.

“I have a responsibility to ensure all ministries within the diocese work to unify and build the Body of Christ, not cause further discord. I have an obligation to ensure that those who serve our faithful are able to do so in a way that the Church expects. My heart, my desire, and my responsibility are the communion of this community not only for this parish, but every parish in the diocese.”

The release said that, under canon law, White, while seeking recourse, retains the title of pastor, “but any responsibilities or public duties associated with the title are suspended.”

White said Thursday that the bishop’s action “makes me very sad. What this means is that I’m prohibited from exercising the ministry.”

He said he and his canon lawyer, Michael Podhajsky, had filed a response with the diocese “to apply for revision” of the bishop’s decision.

He said he believed under church law that if the bishop did not reply to that request that he was to “presume a negative,” which means no response is a no. White said he then could appeal to the Vatican.

White and Podhajsky had filed his appeal about the original notice of removal, a process that allowed him to stay as priest in Martinsville.

“It has been received in Rome,” White said. “When it would be taken up … my lawyer says probably six months.”

For now Segerblom will oversee the pastoral care and administrative duties for both parishes, and White said his primary opportunities in those roles were to see church in social settings.

He has received outspoken backing from members of his churches, and he said Thursday he had heard “a lot of support and encouragement.

But the letter from the real estate firm causes further uncertainty, because without access to the church properties, White has no local place to live.

He said the assignment he was given in April – to administer to prisons – means he would have a place to live in Abingdon, which he said he finds impractical and perhaps even unethical. He said he owns no other property.

“I have an aging mother in assisted living in Martinsville,” he said. “And I think it would be wrong to leave here as the pastor [of the two churches].”

A message left Thursday on the voicemail of Deborah Cox, communications director for the Diocese of Richmond, seeking comment about the no-trespass action, drew no immediate response.

White said he had retained separate counsel to confront the no-trespass action, but, out of deference to that attorney, he said he didn’t want to identify that attorney or what steps might be in order.

In the meantime, with no access to the church or formally with its members or the functional roles of being a priest, White said he would remain in Martinsville and “keep up my routine.

Bulletin reporter Bill Wyatt contributed to this report. Steven Doyle is Local Editor of the Martinsville Bulletin. Contact him at 276-638-8801 ext. 245. Follow @StevenLDoyle.

WATCH NOW: Dispute between Father Mark White of Martinsville and Bishop of Richmond Barry Knestout will be decided by a Catholic court 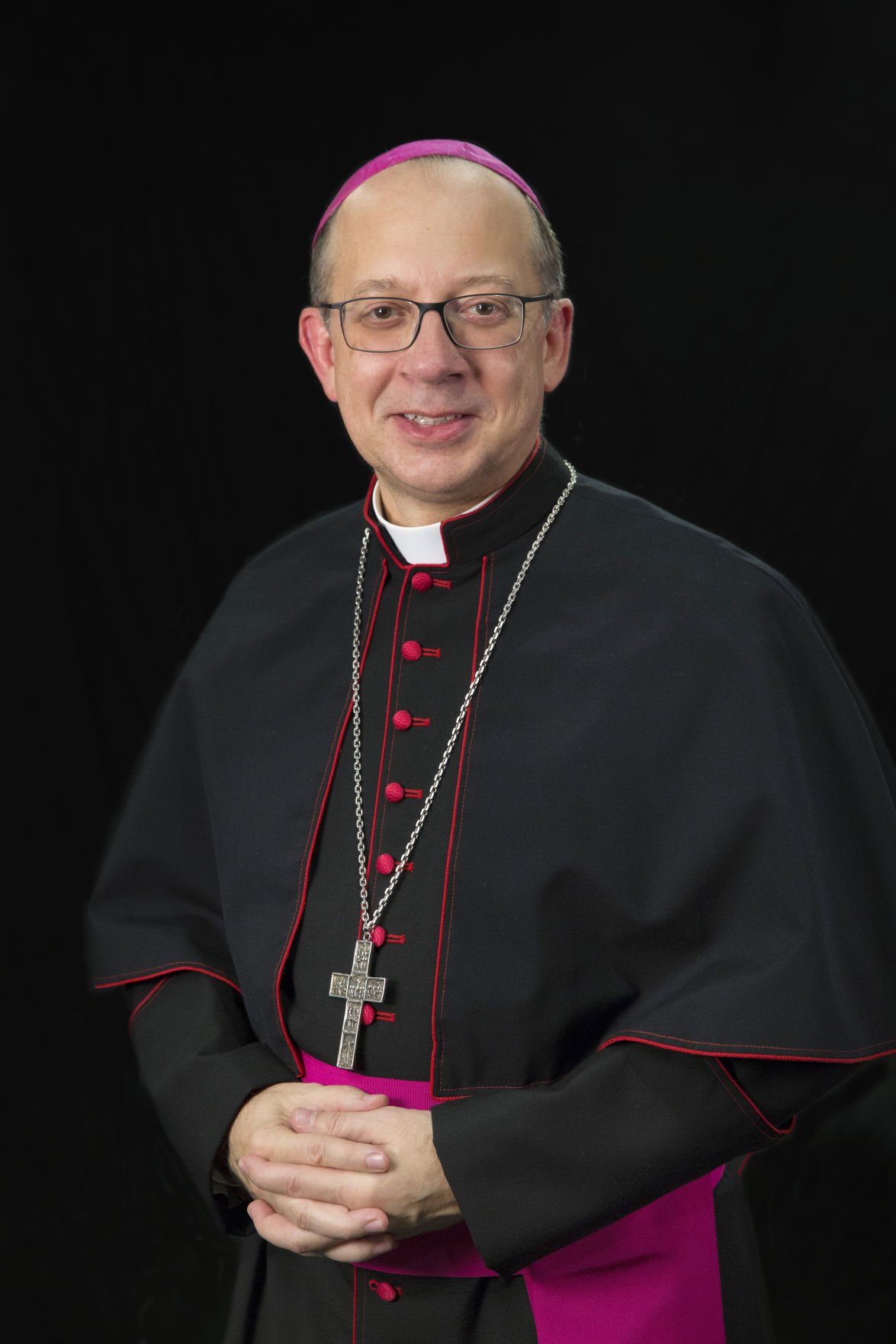