© 2021 Lee Enterprises
Terms of Service | Privacy Policy
WATCH NOW: Film tells the story of the former Rock Castle community -- and how descendants of those families keep that history alive
0 comments
Share this
{{featured_button_text}}
1 of 2 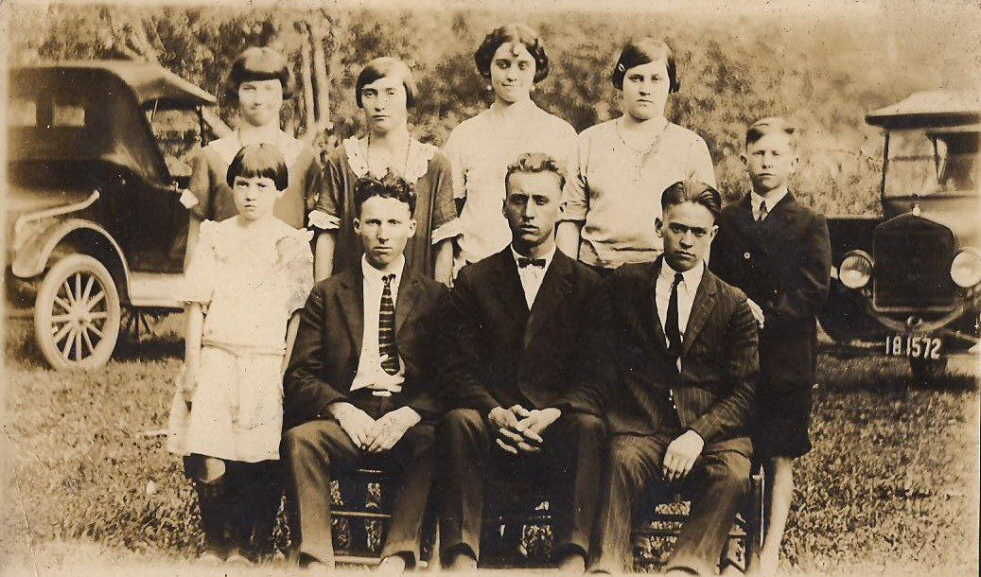 This is Hosea Thomas’s still around the former Rock Creek community, which was taken over in the 1930’s by the Blue Ridge Parkway.

From about 1820 to 1937, Rock Castle was an Appalachian mountain community where Patrick and Floyd counties meet.

The 30 or so families who were living there in the 1930s were displaced when that area was turned over to the National Park Service for the creation of the Blue Ridge Parkway.

The descendants of those families keep Rock Castle’s history alive – and now “Rock Castle Home,” a documentary film by Dr. Charles D. Thompson Jr., tells their story as well as that of the community.

The film’s storytellers include Matt Hubbard of Horsepasture, who had lived there as a boy, as well as Beverly Belcher Woody, Leslie Shelor and Elva Haden.

Thompson is a professor of Cultural Anthropology and Documentary Studies at Duke University. He has written and/or edited seven books, including “Spirits of Just Men: Mountaineers,” “Liquor Bosses” and “Lawmen in the Moonshine Capital of the World.”

Thompson owns a cabin a few miles from Rock Castle Gorge, he said, and he is a longtime hiker of the area.

“I’ve been fascinated for years by the rock chimneys that still stand in the gorge,” he said. “That began my interest in this area. I’m a cultural anthropologist, and with my Appalachian background, have always tried to tell the culture and history of this region, too.”

Thompson also is a mandolin player, and it was a chat at the Floyd Country Store with banjo player Andy Buckman of Rocky Mount that set Thompson on the path that would lead to the documentary.

Buckman told him that his father-in-law, Matt Hubbard of Horsepasture, had lived in Rock Castle as a boy. In 2017, Thompson, Buckman and Hubbard and a friend hiked to the area.

Hubbard told them about Rock Castle. “It was a remarkable experience. He’s so great on camera. It’s such a remark community,” Thompson said.

“I’ve got one specific thing that I want to see one more time, and that is an old chestnut log that was laying on the ground when I was about 5 or 6 years old,” Hubbard says on the film, shown also on the trailer.

The camera follows him across a creek, up a mountain and, finally, at the log, almost as big around as he is tall.

According to the Blue Ridge Park Foundation’s website, the families of Rock Castle lived along a 6-mile stretch of Rock Castle Creek. The community had two stores, three mills, a school house, a former distillery and nearby churches. Several families owned battery-powered radios, and one person put in a waterwheel-powered Delco-Light generating plant to provide light and a way to recharge radio batteries.

“Many of the children of the families that settled Rock Castle moved to Martinsville, Bassett, Fieldale, and Stanleytown to work in the mills,” said Beverly Belcher Woody by email. “In 1937, the National Park Service started buying up the land — and condemning the land of those who would not sell — in order to build Rocky Knob Park.”

Woody and Leslie Shelor help maintain the history of Rock Castle, including by helping host yearly reunions of descendants, and they assisted him in the film project, Thompson said.

The film was built from “dozens of interviews over several years,” he said.

“and some entities at Duke,” he said. It’s “a low budget project, but I think a high quality film.”

The film won the Spirit of the Mountain Award at the Updike Film Festival in Kentucky and was an official selection of the Longleaf Film Festival.

Acclaim for the film has come from such sources as Southern fiction author and Grundy native Lee Smith, who wrote “As a native of southwest Virginia myself, I am really impressed with Charlie Thompson’s extraordinary film, ‘Rock Castle Home,’ and urge you to join me in supporting it.”

The first showing of the film was Thursday at the Floyd Country Store. At the screening, which was sold out, the three main narrators, Shelor, Woody and Hubbard, participated in a question-and-answer session afterward. “It was a dream come true, really perfect,” Thompson said.

“Rock Castle Home” will be shown at 7 p.m. Saturday at The Grandin Theatre in Roanoke. The screening event also will feature music by The Hazy Mountain String Band. The film team will answer questions about the film after the showing.

The event is sponsored by the Blue Ridge Parkway Foundation. Tickets cost $12 and are available at https://grandintheatre.com/shows/rock-castle-home .

“Unless we do the work of the preservation of the history of our communities, no one else is going to,” Thompson said. “That’s what message this [film] gives, along with the story of how the Parkway came. Along the way we learned about chestnut blight, Prohibition, the Great Depression – a lot of big, major national stories are contained in this film, told from the ground up.”

For more information about Rock Castle Gorge, see the 175-page document “Rock Castle Gorge Special History Study” prepared in 2018 by Anita Puckett and Leslie Shelor Allen with Philip Prince and Ralph Lutts for the National Park Service. It can be accessed here: http://npshistory.com/publications/blri/rock-castle-gorge-shs.pdf .

In an earlier version of this article, because of incorrect information provided to the Bulletin, the name of Vera Dehart was spelled incorrectly.

This is Hosea Thomas’s still around the former Rock Creek community, which was taken over in the 1930’s by the Blue Ridge Parkway.