WATCH NOW: Harvest Foundation and Virginia 30 Day Fund have more funds to give away after helping 100 small businesses
0 comments
Share this
{{featured_button_text}}
1 of 2 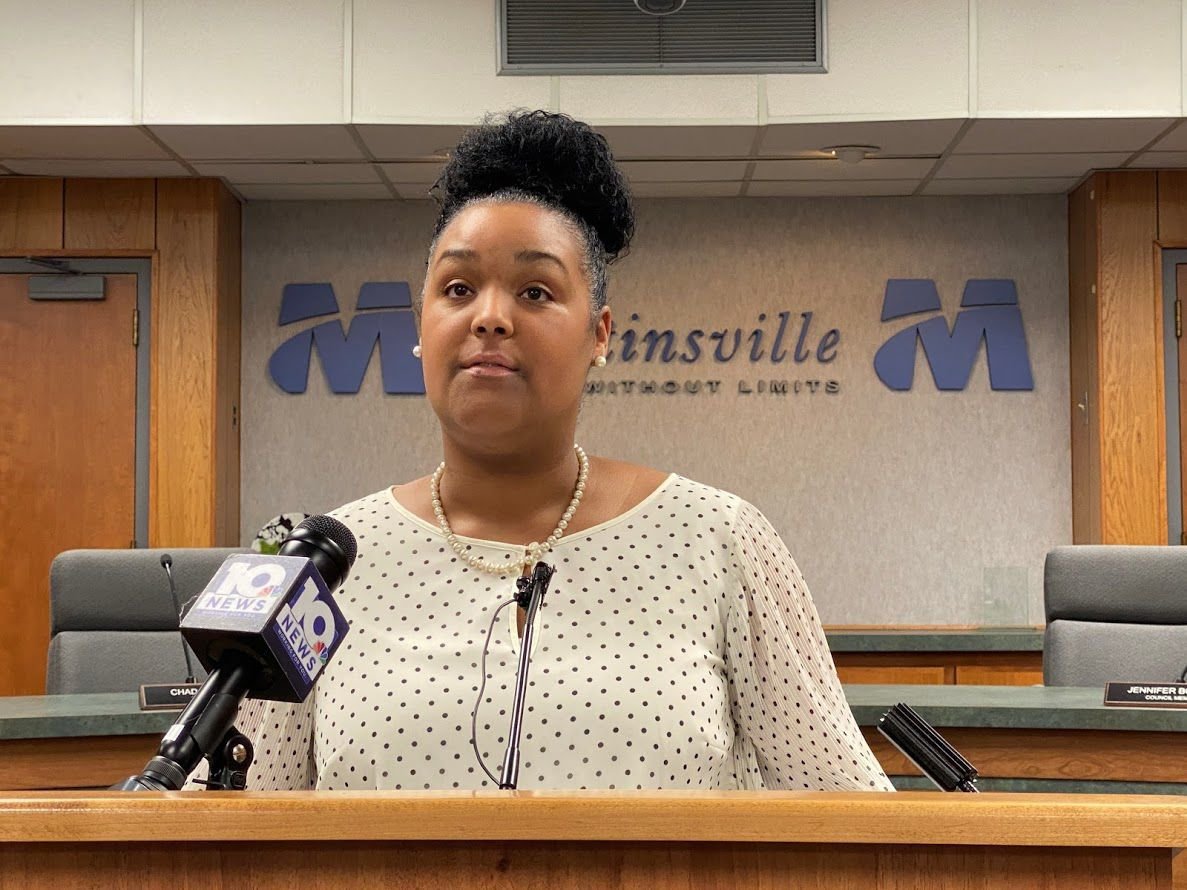 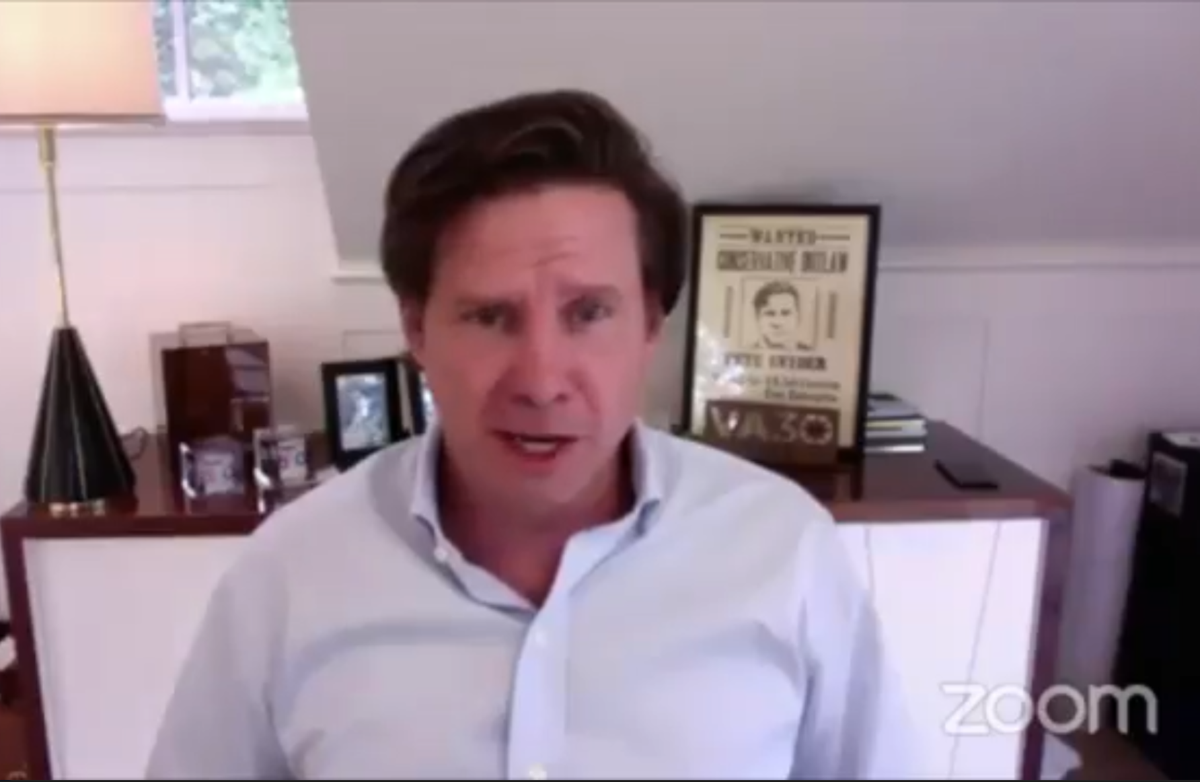 Pete Snyder, co-founder of the Virginia 30 Day Fund, talks via Zoom on Wednesday about The Harvest Foundation's $1 million gift to help small businesses in Martinsville and Henry County.

A Harvest Foundation partnership to help small businesses cope with the financial fallout from COVID-19 just marked a milestone of 100 awards in less than a month — and there’s still $700,000 left to give away.

On June 10, the foundation announced a $1 million donation to the Virginia 30 Day Fund to start the Pay It Forward MHC campaign. Small businesses in Martinsville and Henry County with three to 30 employees can apply for forgivable loans of up to $3,000 and receive the money in just a few days.

The funds do not need to be repaid, but recipients are encouraged to “pay it forward” and donate back, if they are able, so that other businesses can benefit.

When the governor ordered a statewide shutdown of most businesses in March to stem the spread of COVID-19, “many of the Pay It Forward MHC applicants were deemed non-essential and had to close their doors temporarily,” Brown said. “Although business had to halt, the bills did not! Many are using the funds for payroll or to get caught up on bills so that they can continue paying their employees.”

But, as Brown and other officials reminded viewers, there is still enough funding to help hundreds of additional businesses. Harvest’s original $1 million donation can provide 333 grants of $3,000 each.

While it’s hard to say exactly how many local businesses are eligible to apply, Brown said data from the Martinsville-Henry County Economic Development Corp. shows there are more than 1,200 firms with fewer than 50 employees in the area. Pay It Forward MHC, along with similar business grant programs in the city and county, is available to companies with 30 or fewer workers.

Virginia 30 Day Fund founder Pete Snyder, a technology entrepreneur based in Charlottesville, noted this aid has helped support about 800 local jobs during the pandemic.

“More help is on its way. We are just getting started,” Snyder said on the Zoom call. “If you’re hurting and need help, please come see us. If you know folks in the community, whether it’s your favorite restaurant or the beauty shop down the road, please send them our way. We will do everything we can to save as many businesses in Martinsville and Henry County as we possibly can.”

“We cannot be more excited at the progress we have experienced so far,” said Harvest Communications Director Latala Hodges. She urged more small businesses to get help by visiting www.theharvestfoundation.org and clicking “how to apply.”

Hodges said the application process is designed to be fast.

“It’s quick, it’s easy. We even had one applicant say she couldn’t believe it was real, it was that simple,” she said.

Applicants must submit a video, which can be as simple as the business owner filming themselves talking about their business. But some applicants have gotten more creative with their submissions.

Snyder recalled “one video from a construction company that looked like it came out of Hollywood,” with “booms and explosions.” However, this level of production is not necessary to receive a grant.

To be eligible, businesses must be based in Martinsville or Henry County; be owned and operated by Virginia residents; have been operating for at least one year; and provide a valid business license.

When Pay It Forward MHC launched in mid-June, the program received and approved 20 applications in the first 24 hours. The response from the business community shows how much the program is needed, Snyder said. “Many of these companies are bleeding out.”

Grantees so far encompass “every single sector of this economy,” he said, naming “beauty shops and builders, doctors and dentists, diners, plumbers... wedding planners and welders.”

Brown called small businesses “essential to the growth and vitality of Martinsville-Henry County. It was important for the foundation to be able to provide a lifeline to small businesses during such unprecedented times.”

Companies may combine Pay It Forward MHC funds with other local aid. The city of Martinsville and Henry County both used portions of their CARES Act relief funds to set up grant programs for small businesses in each locality, and applications are still open.

In Henry County, Administrator Tim Hall said, “We have approximately 40 applicants so far, and we are evaluating them for possible allocations. We should have some funding to the approved applicants next week.”

County businesses can apply for grants of $2,500 or $5,000, depending on size. Information and applications are available at www.henrycountyva.gov/caresgrant.

The number of awards issued by Martinsville CARES was not immediately available, but businesses within Martinsville city limits can learn more at www.martinsville-va.gov. The application is available here.

State grant funds awarded to the West Piedmont Workforce Development Board to help small businesses are no longer available. The agency received almost $30,000 for a Covid-19 Rapid Response Grant, administered by Virginia Career Works — West Piedmont Region across the service area of Martinsville, Danville and the counties of Henry, Patrick and Pittyslvania. Four businesses from Martinsville and Henry County were included in those receiving assistance, said Business Services Manager Robbie Knight.

Other business resources can be found on the MHC Economic Development Corp. website at www.yesmartinsville.com/covid-19-resources.

Pete Snyder, co-founder of the Virginia 30 Day Fund, talks via Zoom on Wednesday about The Harvest Foundation's $1 million gift to help small businesses in Martinsville and Henry County.